The House extended a school meal lifeline; families are now waiting on the Senate 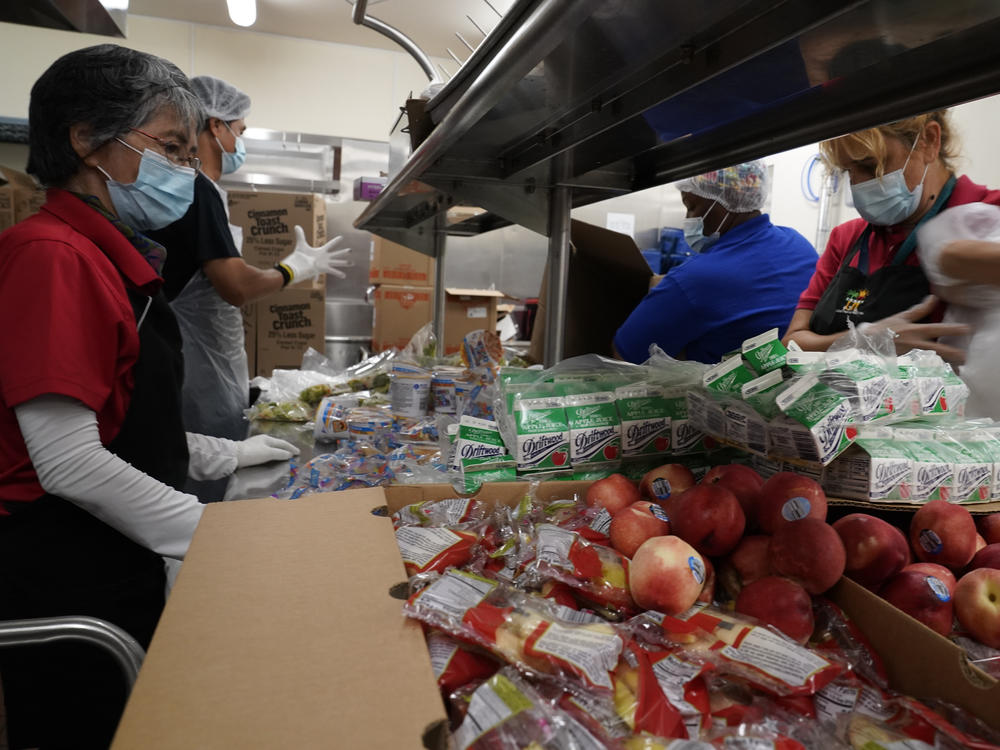 Lawmakers are racing the clock to pass a bill that would extend pandemic school meal waivers through the summer and next school year.

The House on Thursday passed a nearly $3 billion bill, 376-42, that would continue to provide more free meals for lower income families but not for all students who had been receiving them for the past two years.

Schools have felt the strain of rising food, gas and labor costs. Waivers passed by Congress at the start of the pandemic gave relief from regulations that monitor how, when and who gets school meals that expire in seven days.

Congress couldn't reach a deal in time to include in the budget signed by President Biden in March after Senate minority leader Mitch McConnell pushed against the extension.

A bipartisan group in both chambers reached a deal earlier this week on a budget-neutral bill, now called the Keep Kids Fed Act, that would extend some of the waivers through the next school year but not others.

Despite a smooth sail through the House, Sen. Rand Paul, R-Ky., is blocking the bill in the Senate. Proponents still hope to get it to the president by the weekend.

The bill would fully extend all waivers through the summer to allow meal deliveries and grab-and-go options for students. It would also extend supply chain flexibilities and higher than pre-pandemic federal reimbursement rates through the 2022-2023 school year.

But the biggest omission is the exclusion of flexibilities that suspended eligibility requirements for free and reduced-price meal applications, giving every student free meals. Though the bill provides free meals to more students, families will need to resume filling out applications to qualify.

Before the pandemic, federal laws required schools meet specific nutrition requirements that governed what they could and could not serve students. They had to serve their meals in "congregate" settings, like a cafeteria or a park. Families had to meet income requirements to receive free or reduced-price meals under the National School Lunch Program. And in the summer, only areas that had 50% of kids qualifying for free or reduced-priced meals can operate a summer meal program.

Those rules went out the window during the pandemic.

"[Waivers] really provided a lifeline, because in a lot of rural and suburban communities, poverty is so widely dispersed over large geographies," said Jillien Meier, director of partnerships and campaign strategies at No Kid Hungry. "So even if 49% of your kids in your community qualifies for free or reduced price meals under the National School Lunch Program, you can't operate an open summer meal site."

The school meal waivers allowed for students to grab lunches to-go and or be delivered via school buses. 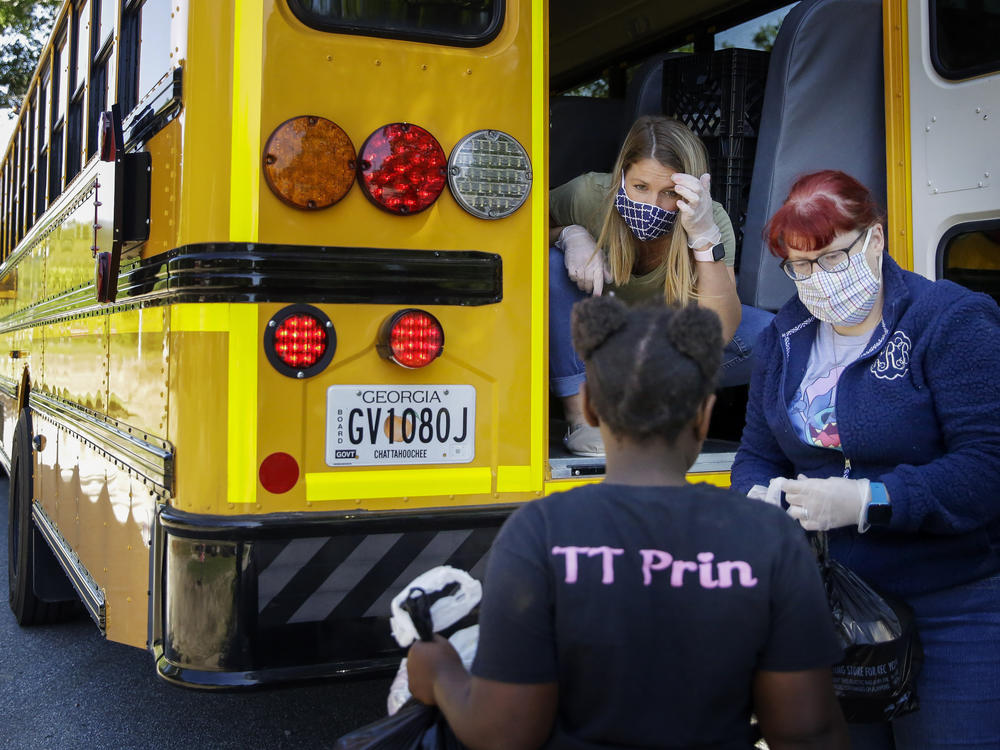 They also provided flexibility for schools when the supply chain disruptions began and never quite went away.

"You might be ordering fresh fruits and vegetables and you get donuts. You order 5,000 cases of something you might get 20. The supply chain is a disaster," said Katie Wilson, executive director of the Urban School Food Alliance. "We had a district where big a produce house they worked with for years called them and said, 'we are no longer servicing schools. We're giving you a two-week notice.'"

More than 98% of school meal programs reported shortages of menu items, supplies and packaging, as well as items being discontinued by manufacturers, according to the School Nutrition Association.

School staffs made trips to grocery stores to buy missing ingredients. But substituted foods from a store or another vendor might be more expensive or not meet nutritional standards.

Waivers also provided extra funding for schools to shore up the rising costs of food and labor.

Mary Rochelle, program, events and grant coordinator at the Food Services Department of the Boulder Valley School District in Colorado, said one of her bread vendors raised prices by 50% without notice.

Kristen Hennessey, director of Food and Nutrition Services for Plymouth-Canton Community Schools in Michigan has also seen beef rise 51% and chicken 30% in her district and employee wages will increase by 31% next school year.

The federal government already reimburses schools a portion of each meal's cost — a rate that increased with the waivers. Congress' proposal would continue to reimburse schools per meal at higher than pre-pandemic levels, but less than the original waivers.

"For about what you'd pay for a latte, schools are expected to put together a meal that has milk and fruits and vegetables, protein and grain," said Diane Pratt-Heavner, director of media relations at the School Nutrition Association. "The pandemic and the after effects of the supply chain and labor challenges that the programs are facing has just blown up the model."

Getting rid of free meals

Schools are preparing to raise meal prices, so those students who no longer qualify for free meals will pay more than before the pandemic.

Some schools are preparing to raise meal prices, meaning that families who were paying before the pandemic will now pay more when the waivers expire. Only students with a family income of 185% of the poverty level or below will qualify.

In anticipation of the expiration, USDA extended some flexibilities to states that chose to use them. But only Congress can change the eligibility requirements for free meals.

Reaching families with younger children needing to go through the process for the first time, technology access, language barriers and confusing applications pose challenges to school administrators, according to Rochelle, especially with the months-long congressional limbo. 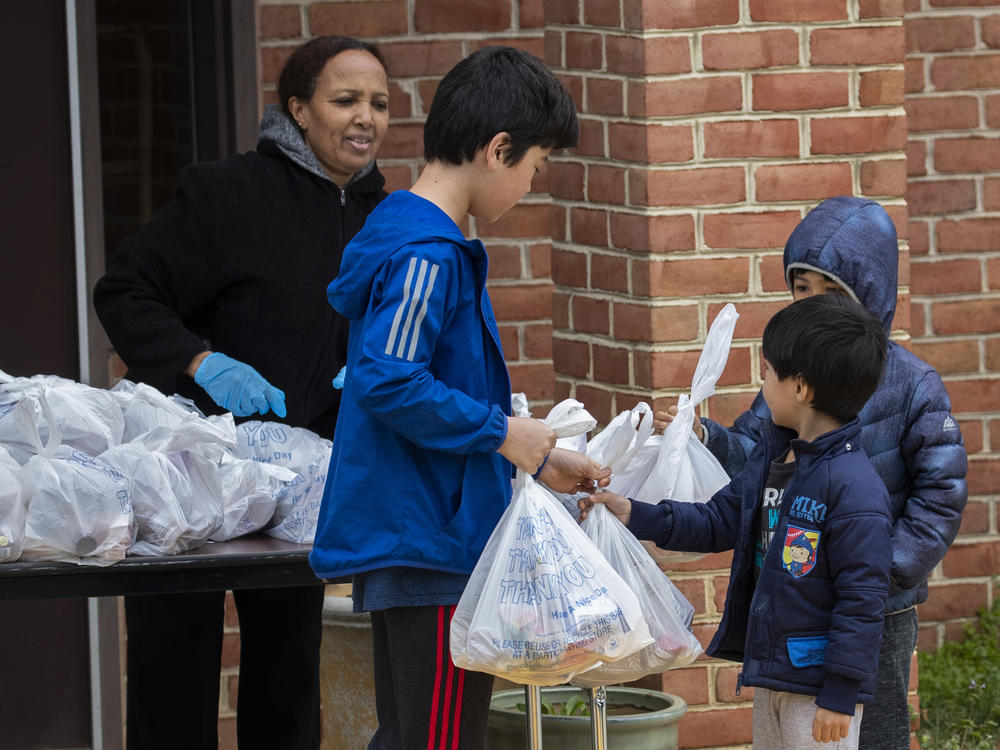 "Even if we do reach them and ask them to fill out the application and they do it, there's a high chance they might not qualify because the cutoff is so low and doesn't change depending on where you live," Rochelle said. "So in the Boulder area, our housing costs are three times the national average, and it doesn't take that into account."

Looking beyond the extension

Regardless of the extensions, a cliff will inevitably come for schools and families unless Congress passes a more permanent solution.

The creation of virtual schools during the pandemic allowed students to still have access to meals they otherwise wouldn't. Despite McConnell's attempt to use the waivers to force schools back in person, many districts are continuing virtual learning.

"We ended up creating a very successful K-12 virtual academy within our district," Hennessey said, adding that the virtual academy is planning to stay regardless of what happens to the waivers. "I began to look at the list of the kids that were virtual — 46% of them qualified for free reduced meals next year. I will not be able to provide a meal to those children."

School food and nutrition advocates want this to be addressed at the White House's September conference on food and hunger. Hennessey attended one of the White House's listening sessions this month in preparation for the conference. Advocates told officials food access was revoked by not pushing for extended universal free meals for another year.

"You're taking away accessibility," Hennessey recalled saying. "So you want us to talk about ways to [make food accessible]. Well, you just took away a great way to do it and you just ran a pilot for a year." 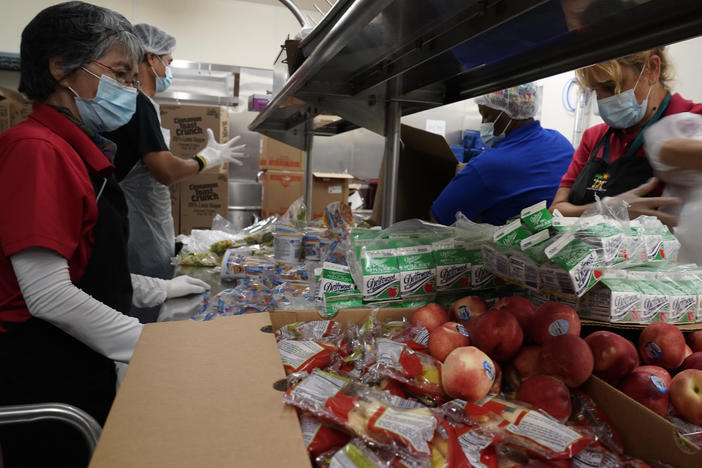 The House extended a school meal lifeline; families are now waiting on the Senate

Congress is rushing to pass an extension for some of the school meal waivers that provided support to families and schools during the pandemic that expire June 30. 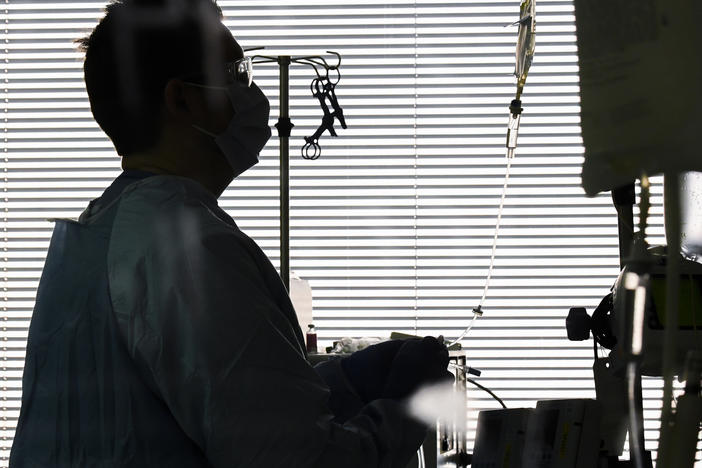 What's At Stake With Trump's Threat: COVID-19 Relief And A Government Shutdown

President Trump has introduced a round of Christmas chaos that imperils direct payments to millions of Americans suffering due to the economic impact of the coronavirus pandemic. 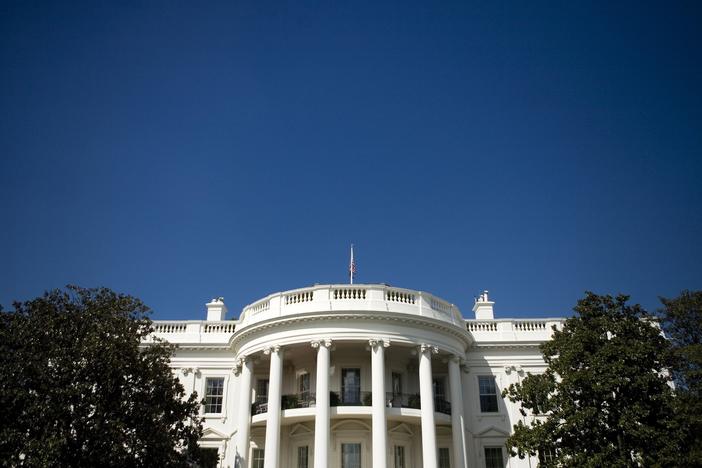 The White House plans to end COVID emergency declarations in May

The declarations have been extended several times since they were first enacted back in 2020. The plan could have implications for several COVID-related policies, such as funds for tests and vaccines.