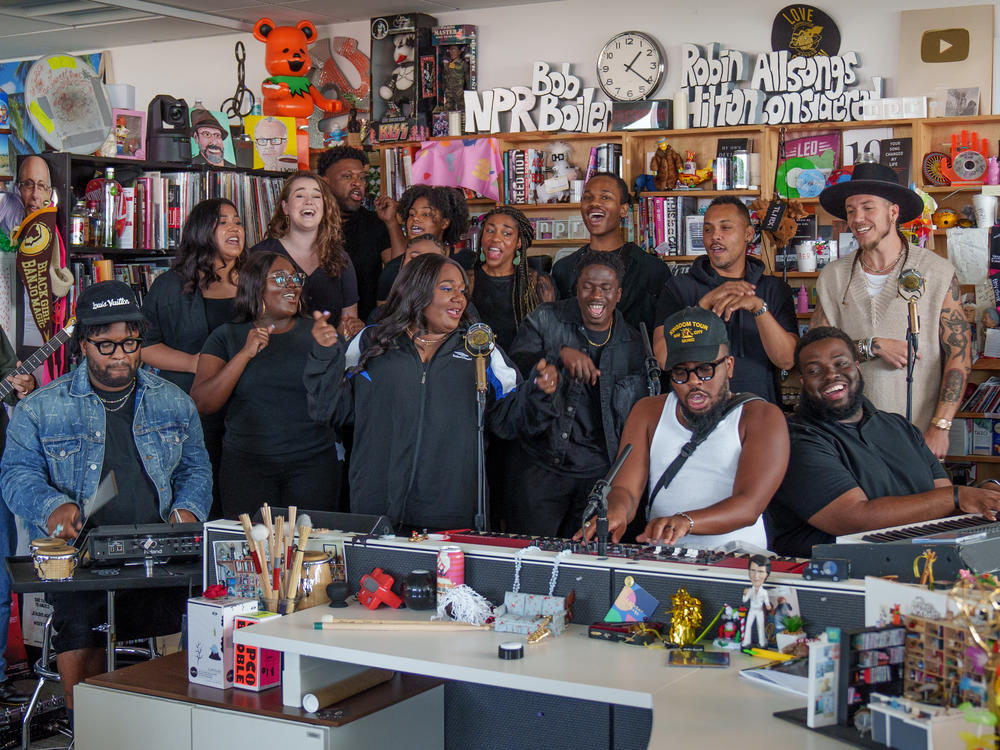 This year, NPR Music is celebrating Black Music Month with an array of brand new Tiny Desk concerts — both from home and from behind our beloved Desk. Together, these artists represent the past, present and future of Black music. This month of carefully curated shows is a celebration of Black artists expressing themselves in ways we've never seen before, and of the Tiny Desk's unique way of showcasing that talent.

Almost 30 musicians, choir members and staff of the contemporary worship music collective Maverick City Music entered the NPR lobby and crowded the security desk to undergo COVID protocols. Even through the dull process of checking vaccination cards and test results, there was a real feeling of excitement for what was about to happen.

Some of the choir members were eager not only for the upcoming Tiny Desk concert but for later that evening, when they were scheduled to perform at a sold-out 20,000-seat arena nearby. A few of them had only previously performed with Maverick City Music in small venues and couldn't wait to move from the Tiny Desk to a big stage. Once upstairs, the group's enthusiasm grew during the set up and sound check. Even the NPR production staff was buzzing because we had not recorded such a large ensemble in our office in more than two years.

Once the performance started, Maverick City Music did what it always does. The members of the group became one voice, sharing beautiful music and spreading the good word with messages of hope, change and love. The group describes itself as a megaphone for a community of creatives that has been pushed to the margins of the industry of church music. Even for those who aren't fans of gospel music or for those who don't believe, it is possible to still find appreciation in this music's comforting and uplifting sound.

Most of the songs performed here are from the collective's new album, Kingdom Book One, which was produced in collaboration with gospel legend Kirk Franklin. It was a blessing to watch him perform here alongside talented vocalists Naomi Raine and Chandler Moore on the last song, "Kingdom." 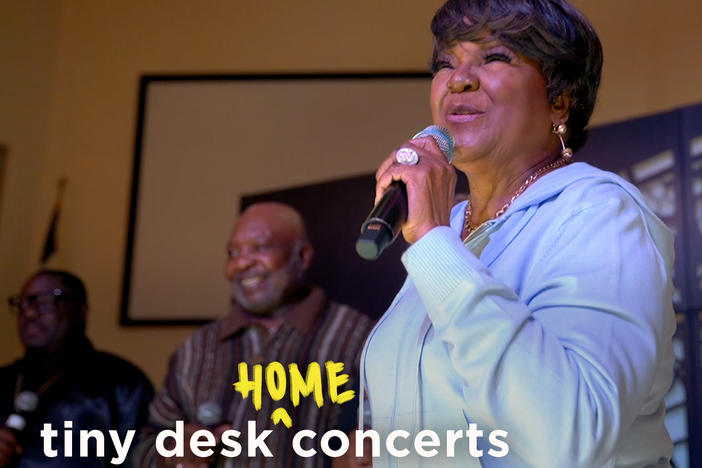 The "First Lady of Gospel Music" delivers a sampling of her vast music ministry in this Tiny Desk home Concert. 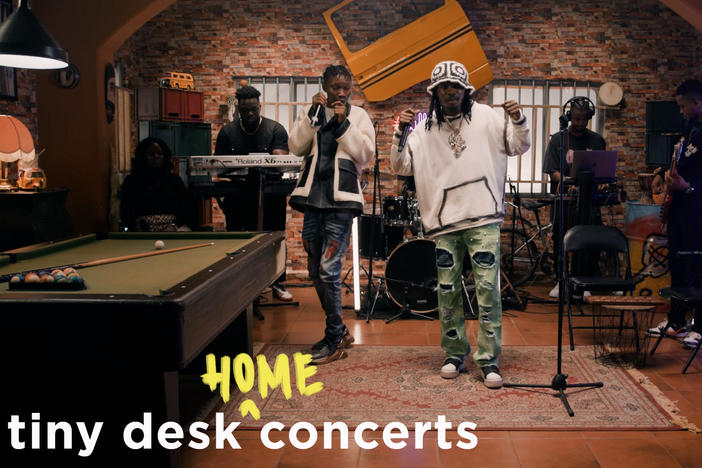 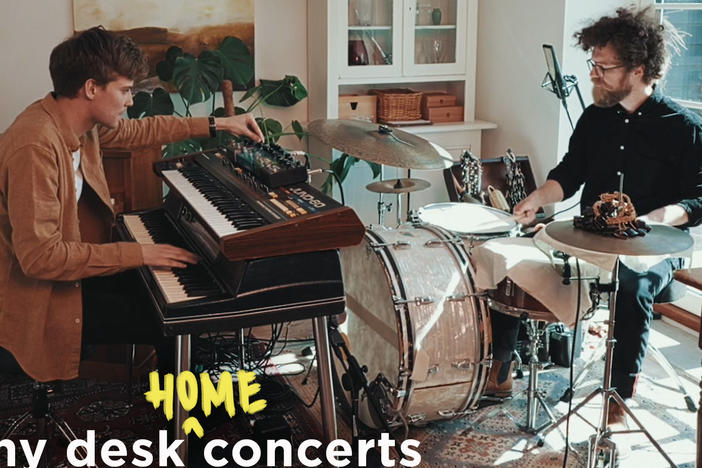 The Danish jazz duo perform an untraditional four-song set from the countryside in Djursland, Denmark.