Want to hunt pythons in Florida this summer? This professional has tips

Starting later this summer, hundreds of hunters will disperse across Florida's Everglades.

Their target? An apex predator known to grow up to 18 feet that hunts animals as large as an alligator and sometimes as small as a woodrat.

These hunters are going after the Burmese python — one of the largest species of snakes and a major nuisance to Florida's wildlife.

Native to Southeast Asia, these snakes were first introduced to the Florida wild in the late 1970s, and they have reproduced at an astronomical level since.

Starting Aug. 5 and continuing for 10 days, those hunters (both professional and novice) will fan out in South Florida to humanely capture and kill these snakes for the state's annual Python Challenge.

Registration for the 2022 challenge opened last week. Anyone interested in competing must first register and take a required online training that covers humane killing methods and ways to identify these snakes.

It's an important program that will help restore Florida's ecosystem, according to Donna Kalil, a Florida-based python hunting professional. Last year's competitors removed 223 invasive Burmese pythons from the Everglades.

"To try to keep the Everglades healthy, you have to have the animals that belong in it. And in order to do that, you have to remove the invasive predator that is the Burmese python," said Kalil.

This competition is no easy feat, nor is it for the faint of heart.

Aside from actually having to catch a Burmese python, participants have to contend with the harsh environment of the Florida wilderness in the middle of summer.

Take it from Kalil — a lifelong snake lover and python hunter. She works as a contractor for the South Florida Water Management District and her job is to catch and eliminate these invasive Burmese pythons.

Kalil plans on competing later this summer, but for her it's just business as usual. For newbies considering a go at the $10,000 grand prize, Kalil has some tips and tricks.

These nocturnal snakes can be found in vegetation, grass and by the road. For the competition, the snakes have to be presented dead (the state requires certain methods of humane extermination) and within 24 hours of their capture and kill.

Since the competition is happening in August, most of the pythons will be freshly hatched and not as large as a fully grown adult, she said.

Though these snakes are not venomous, they are "massive constrictors and they can kill a person," Kalil is quick to note. She suggests hunting and competing with a partner due to the risks posed by the harsh environment.

There are several native snakes that call the Everglades home — some of which are venomous (like the cottonmouth). Those are not on the kill list during the competition.

Kalil suggests before heading out: "Really, really brush up on your native snakes. Because we're out there trying to save the environment. We don't want any native snakes killed, including the venomous ones. They belong out there."

That transgression will also get you eliminated from the competition and fined.

"It's not a walk in the park," she said. "You have to be very aware and understand the environment that you're heading into."

How did Burmese pythons take over Florida?

According to the state, Burmese pythons have established themselves particularly well in Florida's Miami-Dade, Collier and Monroe counties over the years.

These snakes were once popular pets to have in Florida in the late 1970s and '80s, Kalil said. But once these animals grew past their manageable 3 to 4 feet as babies to over 10 feet, they suddenly weren't so fun to own, she said. So owners would release them out into the wild.

This quickly became a major problem. Female pythons are able to lay 50 to 100 eggs each year. After a few years, sightings of native mammals in the Everglades plummeted because of these new predators.

It's also become an expensive issue for the state. This year, Florida Gov. Ron DeSantis approved a budget dedicating up to $3 million for the Florida Fish and Wildlife Conservation Commission to remove pythons from the Everglades.

To help combat the problem and to restore native wildlife, the state created a program focused solely on removing Burmese pythons five years ago. That's how Kalil started working as a contractor for the South Florida Water Management District in 2017.

As of October 2020, more than 12,000 of these snakes have been removed, according to the Florida Fish and Wildlife Conservation Commission.

"Pythons have a big lead on us, so we've got a lot of work to do," Kalil said.

Despite the hard work, it's been a tough battle.

Python populations have traveled north "up to about Palm Beach County. [They're] expanding north because of our changing climate and warming climate. We haven't had a cold front or a hard freeze since 2010, so that's allowed them to expand their range," she said.

Kalil still feels she and her fellow python hunters are making a difference in the long run — it may just take a little longer to see.

"I know that every single snake that I remove makes a positive difference to the animals that one snake and its offspring will eat if it was left out there," she said. "In removing one python, I can be saving 1,000 native animal lives." 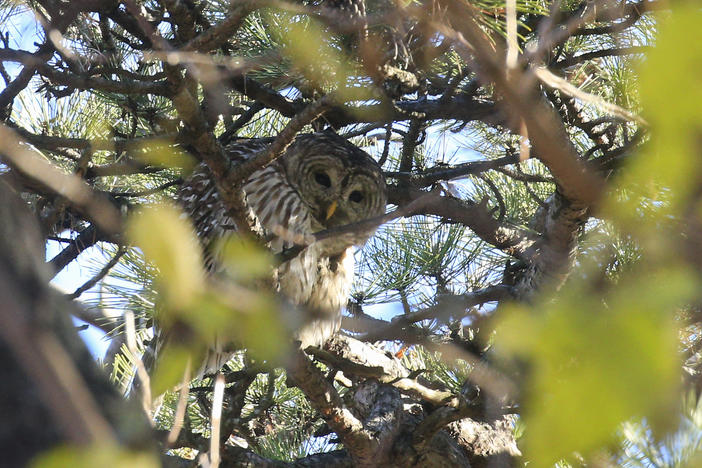 Such attacks have happened elsewhere in Washington state. They're more common now because of the shrinking availability of dense forests that allow the owls to be more secluded, an expert says. 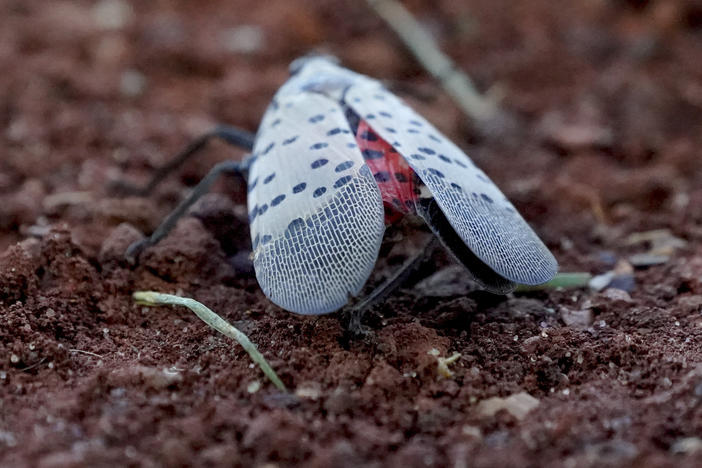 What a pest! Spotted lanternflies are spreading in the U.S.

State officials are calling on residents to get involved and kill these bugs at all costs. The spotted lanternfly isn't dangerous to humans or pets but could cost the country's agricultural industry. 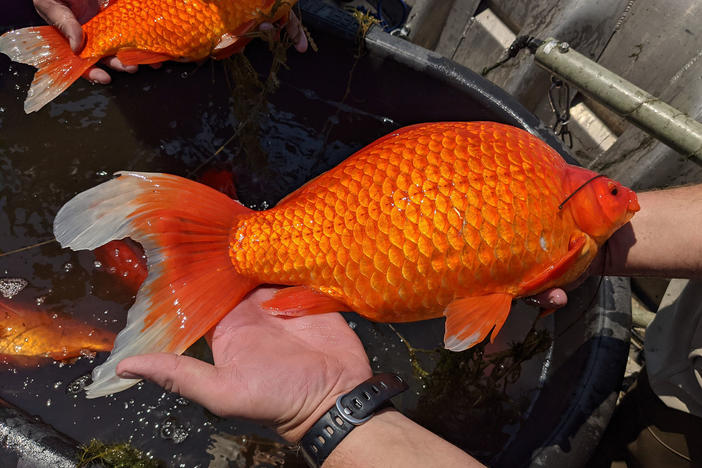 Oversize Goldfish Are Taking Over One Minnesota Lake, Causing Issues For Local Fish

Burnsville, Minn., officials have urged residents and owners of pet goldfish not to dispose of them in local lakes, warning that doing so causes major environmental impacts.