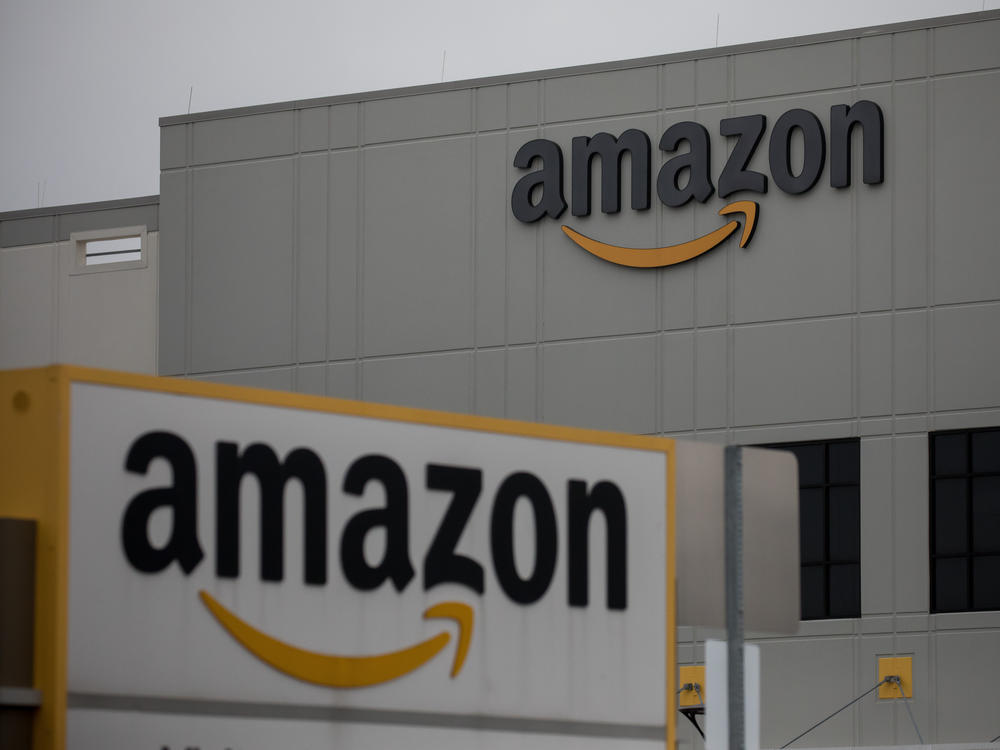 Workers at an Amazon warehouse on Staten Island voted in March 2022 to join the Amazon Labor Union. Amazon is presenting its objections to the election before a National Labor Relations Board hearing being conducted over Zoom. / Bloomberg via Getty Images

It's had all the hallmarks of a Zoom meeting gone awry.

People muted and unmuted at the wrong times. Interlopers joining under pseudonyms. Rogue additions to a screen share.

But it wasn't just any Zoom meeting. It was a typical day in the marathon National Labor Relations Board's hearing that's considering Amazon's objections to the historic union election win at a Staten Island warehouse. The NLRB will ultimately rule on whether a do-over election is warranted.

In the opening week and a half of the hearing, there's been the kind of sparring and haggling between lawyers that one would expect in any legal case.

But the proceedings have also been punctuated by an array of problems that any Zoom user would find familiar: a witness unable to connect to the Zoom meeting; lawyers unable to unmute; the hearing officer's camera suddenly freezing.

And of course, whenever there's a large number of people congregating on Zoom, there are opportunities for antics. On Tuesday, the hearing grew to more than 300 participants, many of them apparently joining at the invitation of Amazon Labor Union leaders Chris Smalls and Derrick Palmer, who tweeted out the Zoom link.

Someone grabbed control of the screen share and scrawled "UNION" across a video being presented as evidence by Amazon's lawyers. Some participants turned on their cameras to display union swag in signature red while others changed their screen names to messages like "RECOGNIZE ALU."

That led to repeated warnings delivered by the baliff via the chat box, asking participants to "please provide just your first and last name to be admitted. Turn off your video, mute yourself, and do not use emojis or any other distractions."

During the lunch break, members of other unions took advantage of the lull in the proceedings to shout out support for their comrades at Amazon, with cries of "Teamsters in the house!" "UAW in the house!" "When we fight, we win!" briefly taking over the Zoom call.

There have also been more serious issues. While the NLRB has made abundantly clear that any kind of recording, live-streaming or photos of the Zoom hearing are strictly prohibited, screenshots of the hearing have popped up on Twitter. On Tuesday, a lawyer representing Amazon stopped witness testimony to report a breach, leading to yet another delay as parties investigated.

Lisa Dunn, the NLRB attorney presiding over the hearing from her home in Phoenix, has handled the stream of technical and other issues with calm and patience, allowing herself the occasional exasperated chuckle after yet another problem is dispensed with.

Amazon had sought to close the hearing to the public

The virtual hearing is taking place four months after the election in which warehouse workers voted 2,654 to 2,131 to join the Amazon Labor Union. Following the tally of ballots on April 1, Amazon filed 25 objections to the election, including charges that the regional office of the NLRB overseeing the election favored the union, and that union leaders bribed workers with marijuana and threatened and harassed those who did not support the union.

Prior to the start of the hearing on June 13, Amazon sought to close the proceedings to the public. NLRB hearings, normally held in-person, have been conducted online since the early in the pandemic. Amazon's lawyers, who are participating from a hotel conference room on Staten Island, argued that there was no way to police who was watching the proceedings, including potential witnesses who should not have access to other witnesses' testimony. Amazon also warned there would be no way to stop unauthorized recording and sharing of the proceedings.

The NLRB denied Amazon's request, citing the importance of public access to a case that has garnered national and international attention. 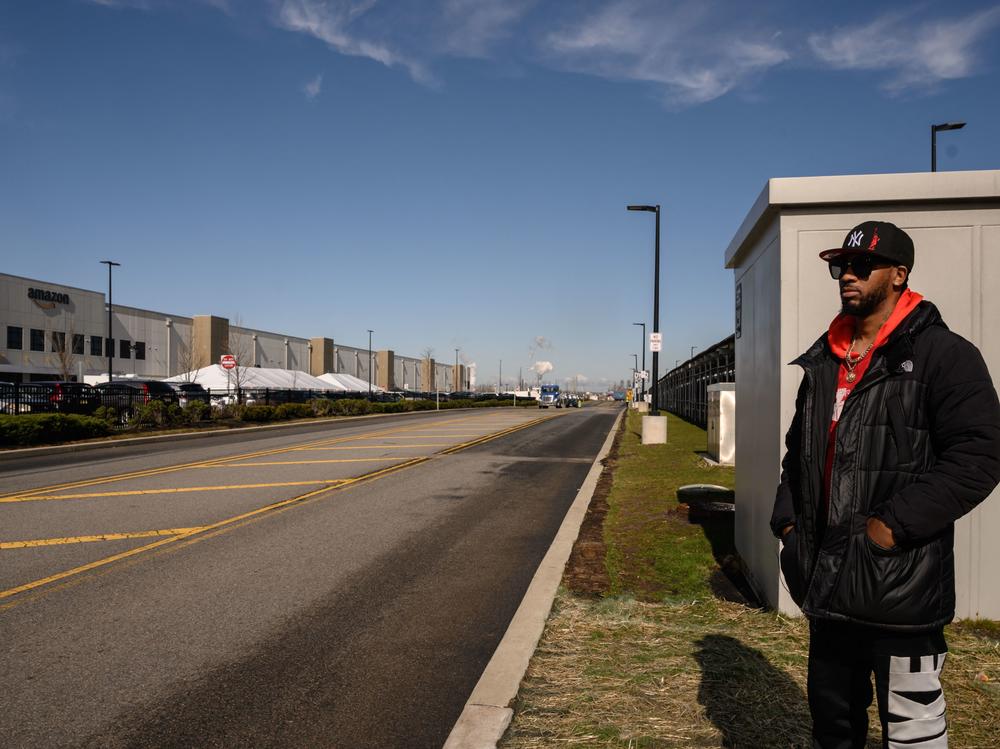 Amazon Labor Union president Chris Smalls waits as workers cast their votes over whether or not to unionize in an election held outside an Amazon warehouse in Staten Island on March 25, 2022. / AFP via Getty Images

The future of an 8,000-member union is at stake

Amid the distractions, it's important to remember that at stake is the future of a union that stands to gain more than 8,000 members. The Staten Island warehouse known as JFK8 is the first and only Amazon facility in the U.S. to vote to unionize so far. The outcome of this hearing could well determine where the labor movement at Amazon goes from here — how much momentum it can maintain as it seeks to organize workers at other warehouses across the country.

Last year, the NLRB invalidated the results of the union election and ordered a do-over election at an Amazon warehouse in Bessemer, Alabama, after finding that Amazon had improperly interfered by installing a mailbox near the facility. In Bessemer, workers voted more than 2 to 1 against joining the union. Amazon is arguing that the improper actions perpetrated by the NLRB regional office and the Amazon Labor Union in the Staten Island election warrant "at least the same result."

The hearing could last months, as Amazon plans to call dozens and dozens of witnesses

While the NLRB first indicated that the Zoom hearing could last "several days," it now appears that it could go for months. Amazon has said that it plans to call "dozens and dozens" of witnesses, many of them hourly warehouse workers whose jobs include picking items off shelves for orders and loading and unloading trucks. So far, it's been slow going. Every day, the hearing has heard from just a few witnesses.

On Wednesday morning, a lawyer for the Amazon Labor Union asked that Amazon speed things up and discontinue witness testimony on topics that had been well-covered, such as the long lines at the voting tent on the first day of voting or the proximity of media to the tent. Hearing Officer Dunn initially rejected the request, noting that Amazon should have the opportunity to build its case, but later acknowledged that some of the testimony was beginning to feel repetitive.

Still, the NLRB seems prepared for the long haul. It has scheduled Zoom meetings every day through the end of July. 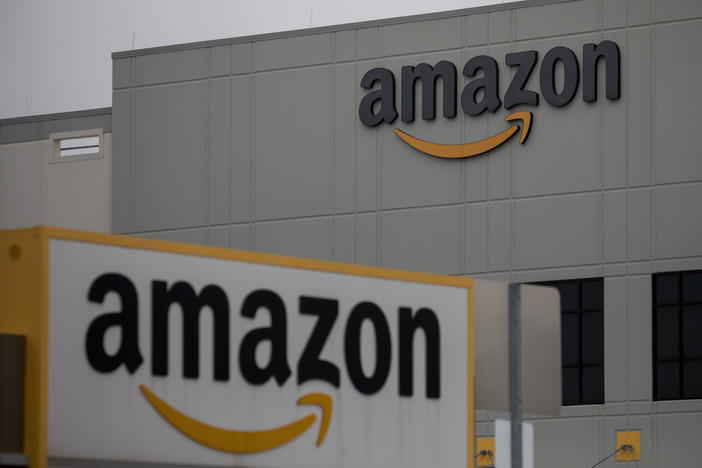 With the existence of a grass roots union at stake, the National Labor Relations Board is considering Amazon's objections to the Amazon Labor Union's historic victory. 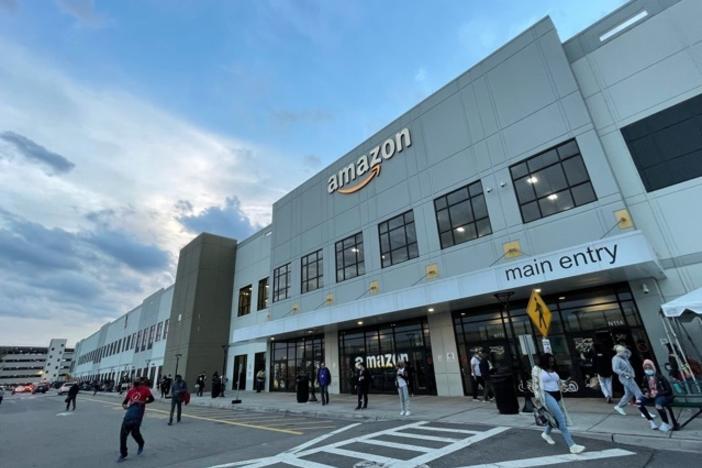 Amazon will face two union elections at once. Federal officials have set a union vote for Amazon workers at a Staten Island warehouse, coinciding with the ongoing re-do election in Bessemer, Ala. 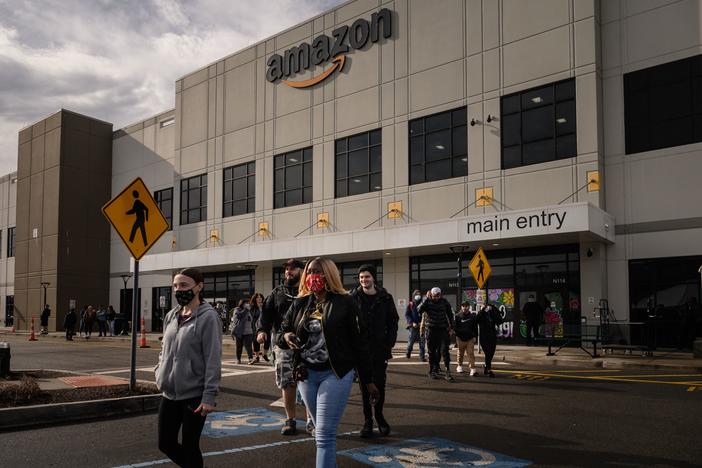 Less than a month after the Amazon Labor Union unionized the first Amazon facility in the U.S., workers at a smaller warehouse across the street begin voting on whether to join the upstart union.