Warning: This hearing may include footage of violence.

WASHINGTON (AP) -- Members of the House committee investigating the Capitol riot will hold another hearing June 21, this time focused on former President Donald Trump's efforts to pressure state legislators and local election officials to change the results of the 2020 presidential election.

The hearing is set to begin at 1 p.m. ET on June 21. Before the event begins, the PBS NewsHour's Nicole Ellis will held a live conversation with White House correspondent Laura Barrón-López to preview the proceedings. Watch both events in the player above.

The hearing is the fourth held by the committee this month. On Sunday, several members indicated they may subpoena additional witnesses, including former Vice President Mike Pence, and are waiting to hear from Virginia "Ginni" Thomas, the wife of Supreme Court Justice Clarence Thomas, about her role in the illegal plot to overturn the 2020 election.

READ MORE: Who is Ginni Thomas and why is she important to the Jan. 6 hearings?

Lawmakers indicated they will release more evidence about Donald Trump's alleged effort to defraud supporters by fundraising off false claims of a stolen presidential election. They also pledged to provide pertinent material to the Justice Department by the end of the month for its criminal investigation.

The department complained in a letter last week that the committee was complicating its investigation by not sharing transcripts from its 1,000 interviews.

"We're not taking anything off the table in terms of witnesses who have not yet testified," said Rep. Adam Schiff, who described a Pence subpoena as "certainly a possibility."

"We would still, I think, like to have several high-profile people come before our committee," said Schiff, D-Calif.

For example, the committee has been able to document most of Trump's end of his call to Pence on the morning of the insurrection on Jan. 6, 2021, when the then-president made his final plea for Pence to stop the certification of Joe Biden's victory when Pence presided over the Electoral College count in Congress. Members have not yet documented directly what Pence said in response.

READ MORE: Who are the witnesses testifying at the Jan. 6 hearings?

The committee chairman, Rep. Bennie Thompson, D-Miss., recently said the committee was still "engaging" with Pence's lawyers, while also suggesting it may not be necessary for him to appear because of testimony from many of Pence's closest aides.

Committee members also hope to learn more about Ginni Thomas' own effort to keep Trump in office and the potential conflicts of interest posed on her husband as a result on Jan. 6 cases that come before the Supreme Court.

Republican state Rep. Rusty Bowers, the Arizona House speaker, is scheduled to testify at the committee's hearing Tuesday focusing on state officials who were contacted by Trump and the White House as Trump tried to overturn the results. Bowers is likely to be asked about emails he received from Thomas urging him and other state officials to set aside Biden's 2020 win and choose their own set of electors.

Thomas has publicly indicated that she "can't wait" to appear before the committee after receiving their request by letter last week.

Along with emailing Arizona officials, Thomas, who attended a rally Trump held just before the Capitol riot, also had written to then-White House chief of staff Mark Meadows in the weeks after the election encouraging him to work to overturn Biden's victory. Emails recently obtained by the committee also show Thomas had email communications with John Eastman, the lawyer who played a key role on behalf of Trump in efforts to pressure Pence to overturn the election.

"I think the committee will be interested, in among other things, whether this was discussed with Justice Thomas, given that he was ruling on cases impacting whether we would get some of this information," Schiff said.

This past January, Thomas was the lone member of the court who supported a bid by Trump to withhold documents from the Jan 6. committee.

READ MORE: The Jan. 6 hearings are underway. Here's how to watch them

Lofgren said the committee would release additional evidence it has gathered on the "big rip off," in which the committee alleges Trump may have committed fraud by fundraising by making a false claim the election was stolen.

Rep. Adam Kinzinger, R-Ill., said that in the end, the public will have a clear picture of a "failure of the oath" by Trump.

"I think what we're presenting before the American people certainly would rise to a level of criminal involvement by a president," he said.

Kinzinger also said that he and his family have received threats because of his role on the committee. He spoke of his concern that "there's violence in the future. … And until we get a grip on telling people the truth, we can't expect any differently."

Schiff appeared on CNN's "State of the Union," Lofgren was on CBS' "Face the Nation" and Kinzinger spoke on ABC's "This Week.

Associated Press writers Kevin Freking and Eric Tucker in Washington and Farnoush Amiri in Los Angeles contributed to this report. 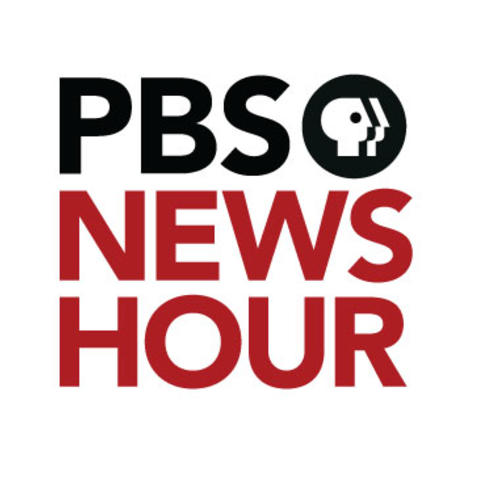 PBS NewsHour is a public media news organization with a nightly hour-long television broadcast and a robust digital footprint across the web and social media. 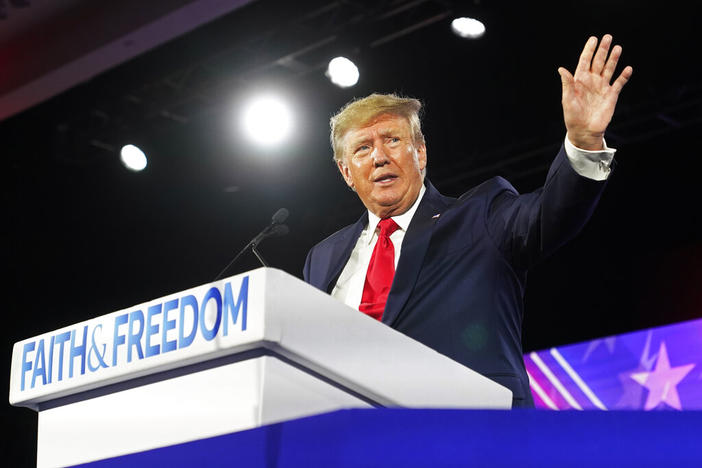 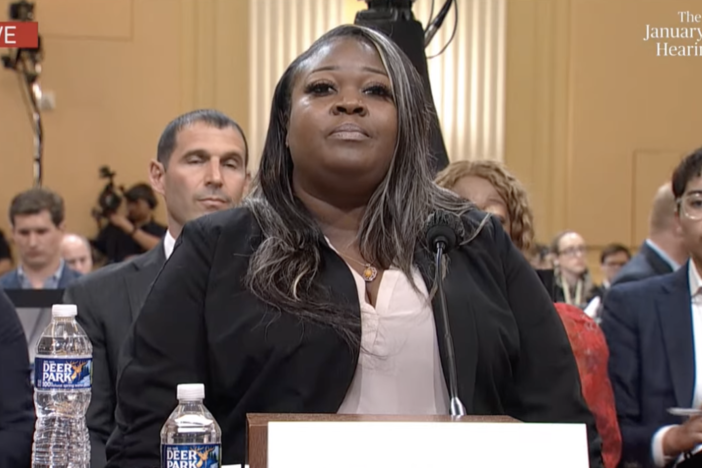 A House select committee investigating the Jan. 6, 2021, Capitol insurrection is turning to former President Donald Trump's pressure campaign on state and local officials to overturn his 2020 election loss. In its fourth hearing this month, the panel is examining how Trump focused on a few swing states, directly urging officials to decertify President Joe Biden's victory or find additional votes for himself. 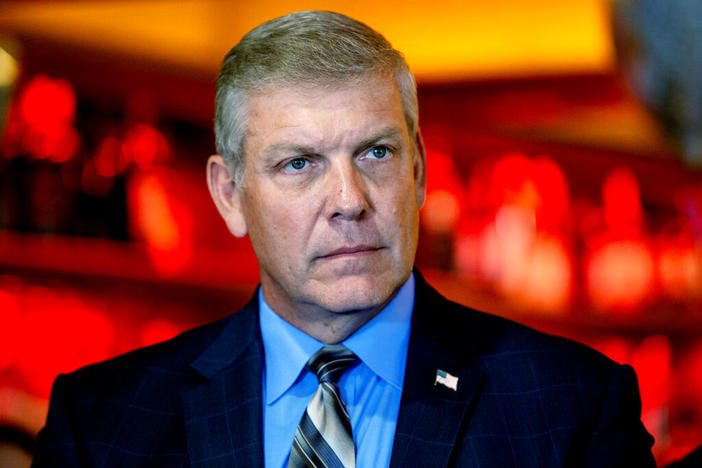 Police have determined there was nothing suspicious about a tour of two Capitol office buildings that a House Republican gave to about 15 people the day before Jan. 6, 2021, when rioting supporters of then-President Donald Trump attacked the Capitol. The tour by Rep. Barry Loudermilk, a Georgia Republican, had drawn scrutiny from the congressional panel investigating the insurrection.