Pain at the gas pump is being felt around the world 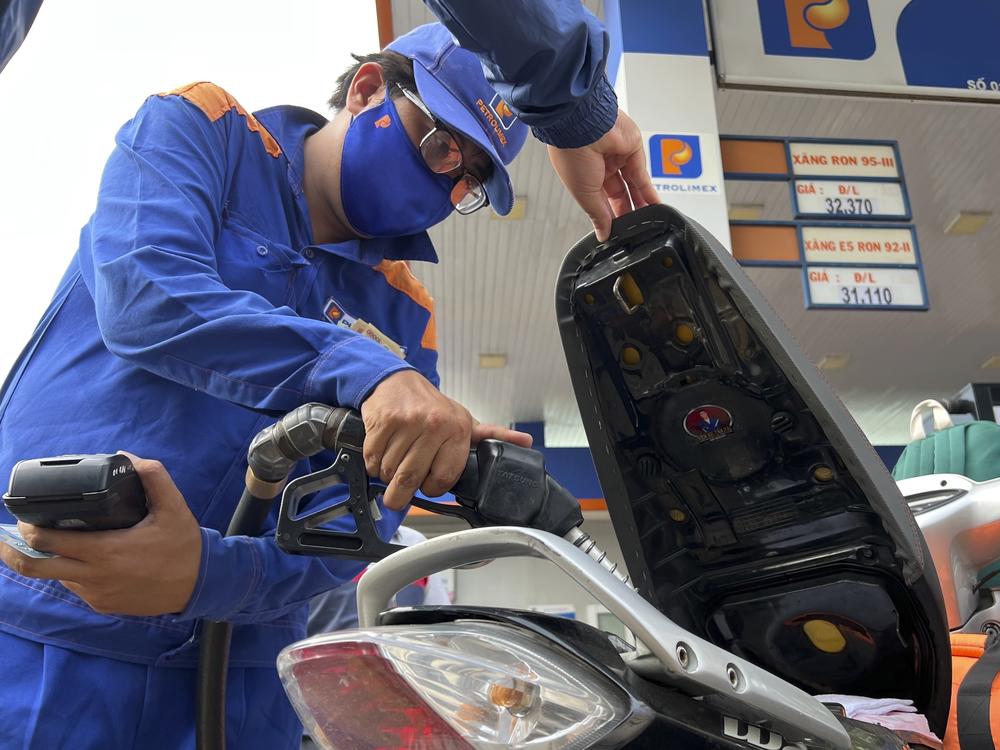 An attendant pumps gas into a motorcycle in Hanoi, Vietnam Sunday, June 19, 2022. Across the globe, drivers are rethinking their habits and personal finances amid skyrocketing prices for gasoline and diesel.

COLOGNE, Germany — At a gas station near the Cologne, Germany, airport, Bernd Mueller watches the digits quickly climb on the pump: 22 euros ($23), 23 euros, 24 euros. The numbers showing how much gasoline he's getting rise, too. But much more slowly. Painfully slowly.

"I'm getting rid of my car this October, November," said Mueller, 80. "I'm retired, and then there's gas and all that. At some point, you've got to scale back."

Across the globe, drivers like Mueller are rethinking their habits and personal finances amid skyrocketing prices for gasoline and diesel, fueled by Russia's war in Ukraine and the global rebound from the COVID-19 pandemic. Energy prices are a key driver of inflation that is rising worldwide and making the cost of living more expensive.

A motorcycle taxi driver in Vietnam turns off his ride-hailing app rather than burn precious fuel during rush-hour backups. A French family scales back ambitions for an August vacation. A graphic designer in California factors the gas price into the bill for a night out. A mom in Rome, figuring the cost of driving her son to camp, mentally crosses off a pizza night.

Decisions across the world's economy are as varied as the consumers and countries themselves: Walk more. Dust off that bicycle. Take the subway, the train or the bus. Use a lighter touch on the gas pedal to save fuel. Review that road trip — is it worth it? Or perhaps even go carless.

For the untold millions who don't have access to adequate public transportation or otherwise can't forgo their car, the solution is to grit their teeth and pay while cutting costs elsewhere.

"If I get stuck in a traffic jam, the ride fee won't cover the gasoline cost for the trip," he said.

Many drivers have been halting their services like Tuyen, making it difficult for customers to book rides. 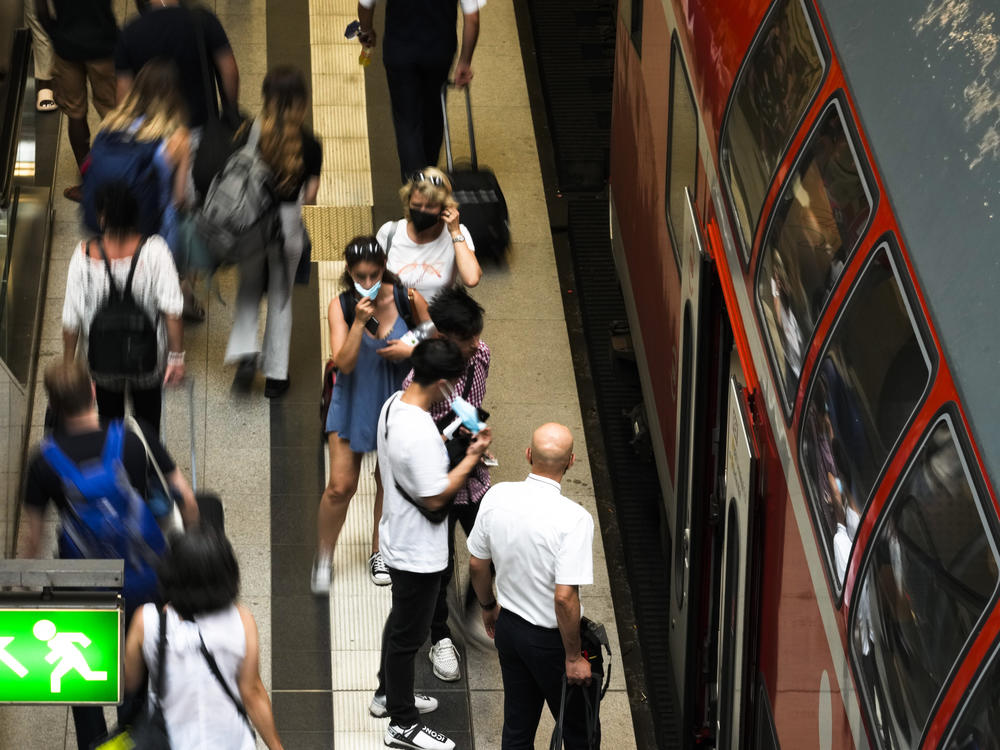 In Manila, Ronald Sibeyee used to burn 900 pesos ($16.83) worth of diesel a day to run his jeepney, a colorfully decorated vehicle popular for public transportation in the Philippines that evolved from U.S. military jeeps left behind after World War II. Now, it's as much as 2,200 pesos ($41.40).

"That should have been our income already. Now there's nothing, or whatever is left," he said. His income has fallen about 40% due to the fuel price hikes.

Gasoline and diesel prices are a complex equation of the cost of crude oil, taxes, the purchasing power and wealth of individual countries, government subsidies where they exist, and the cut taken by middlemen such as refineries. Oil is priced in dollars, so if a country is an energy importer, the exchange rate plays a role — the recently weaker euro has helped push up gasoline prices in Europe.

And there's often geopolitical factors, such as the war in Ukraine. Buyers shunning Russian barrels and Western plans to ban the country's oil have jolted energy markets already facing tight supplies from the rapid pandemic rebound.

There's a global oil price — around $110 a barrel — but no global pump price due to taxes and other factors. In Hong Kong and Norway, you can pay more than $10 per gallon. In Germany, it can be around $7.50 per gallon, and in France, about $8. While lower fuel taxes mean the U.S. average for a gallon of gas is somewhat cheaper at $5, it's still the first time the price has been that high.

People in poorer countries quickly feel the stress from higher energy prices, but Europeans and Americans also are being squeezed. Americans have less access to public transport, and even Europe's transit networks don't reach everyone, particularly those in the countryside.

Charles Dupont, manager of a clothing store in Essonne region south of Paris, simply has to use his car to commute to work.

Others are doing what they can to cut back. Letizia Cecinelli, filling her car at a Rome gas station, said she was biking and trying to reduce car trips "where possible."

"But if I have a kid and I have to take him to camp? I have to do it by cutting out an extra pizza," she said.

Pump prices can be political dynamite. U.S. President Joe Biden has pushed for Saudi Arabia to pump more oil to help bring down gas prices, deciding to travel to the kingdom next month after the Saudi-led OPEC+ alliance decided to boost production. The U.S. and other countries also have released oil from their strategic reserves, which helps but isn't decisive.

Several countries have fuel price caps, including Hungary, where the discount doesn't apply to foreign license plates. In Germany, the government cut taxes by 35 euro cents a liter on gasoline and 17 cents on diesel, but prices soon began to rise again. 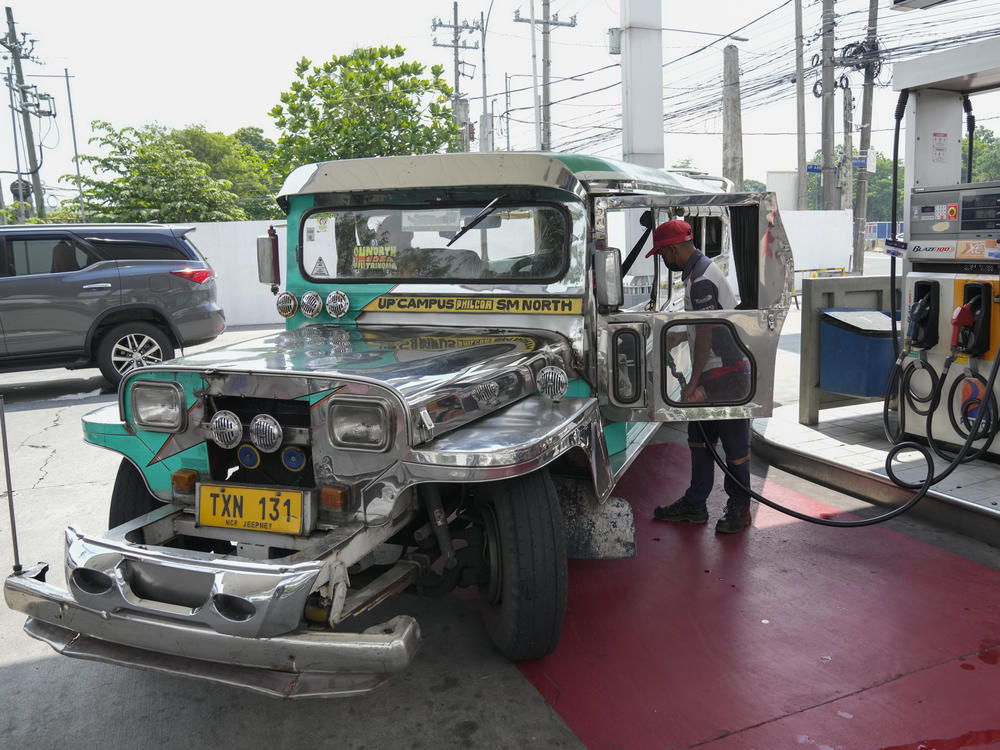 A passenger jeepney driver refuels his vehicle at a gasoline station in Quezon City, Philippines on Monday, June 20, 2022.

Germany also has introduced a discounted 9-euro monthly ticket for public transportation, which led to crowded stations and trains on a recent holiday weekend. But the program only lasts for three months and is of little use to people in the countryside if there's no train station nearby.

In fact, people are pumping just as much gas as they did before the pandemic, according to Germany's gas station association.

"People are filling up just as much as before — they're grumbling but they're accepting it," group spokesman Herbert Rabl said.

Is there any relief in sight? A lot depends on how the war in Ukraine affects global oil markets. Analysts say some Russian oil is almost certain to be lost to markets because the European Union, Russia's biggest and closest customer, has vowed to end most purchases from Moscow within six months.

Meanwhile, India and China are buying more Russian oil. Europe will have to get its supply from somewhere else, such as Middle Eastern exporters. But OPEC+, which includes Russia, has been failing to meet its production targets.

For many, spending on things like nights out and, in Europe, the near-religious devotion to extended late summer vacations, are on the cutting table.

Isabelle Bruno, a teacher in the Paris suburbs, now takes the bus to the train station instead of making the 10-minute drive.

"My husband and I are really worried about the holidays because we used to drive our car really often while visiting our family in southern France," she said. "We will now pay attention to train tickets and use our car only for short rides."

Leo Theus, a graphic designer from the San Francisco Bay Area city of Hayward, has to be "strategic" in budgeting gas as he heads to meet clients — he might not fill the tank all the way. Gas prices in California are the highest in the U.S., reaching close to $7 per gallon in some parts of the state.

When it comes to going to a club or bar after work, "you've got to think about gas now, you got to decide, is it really worth it to go out there or not?" Theus said. 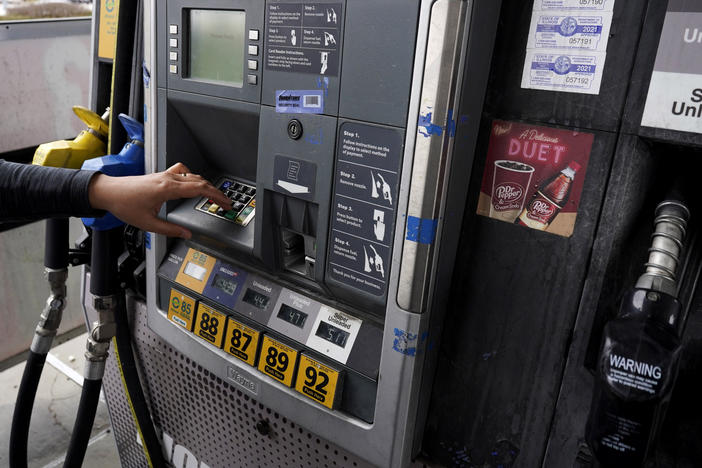 A variety of items will be tax-free in the state over coming months. The move comes as Americans are facing soaring inflation and high gas prices. 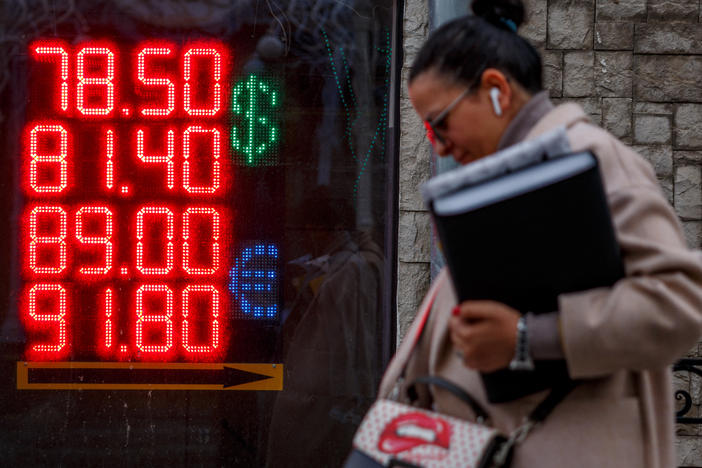 Fears are growing that Russia will default on its debt. Here's what you need to know

Russia owes interest payments on two dollar-denominated bonds on Wednesday. If it doesn't pay, the country could go into default. 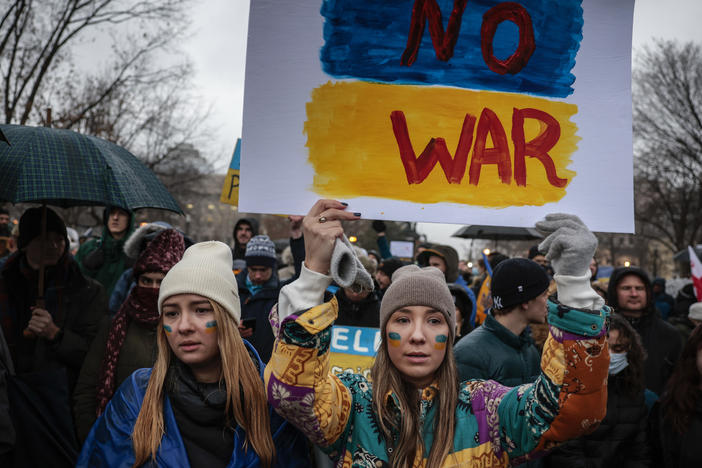 Want to support the people in Ukraine? Here's how you can help

Several organizations are asking for assistance in helping people affected by the Russian invasion.