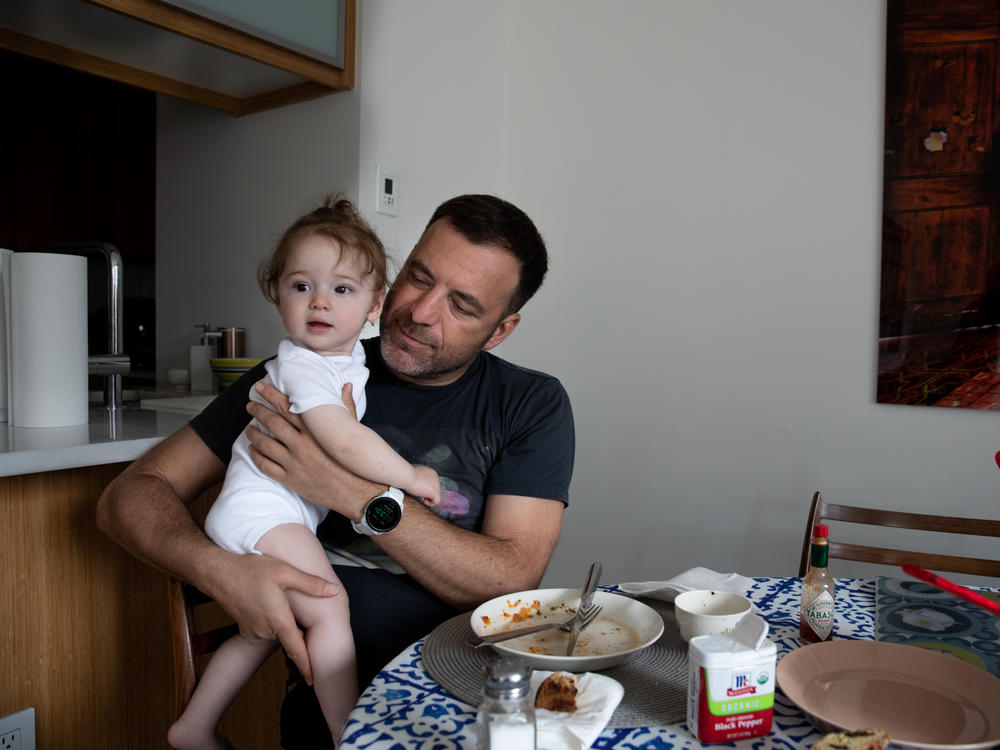 Cenk Bulbul, a single dad by choice, with his youngest daughter Gaia Bulbul in New York, NY. Cenk had both his daughters via the same surrogate using donor eggs and his sperm to make the embryos that were implanted.

Fatherhood comes in many different forms, from the dads who are there from your first steps, to the ones you meet later in life.

NPR spoke to three men, single gay fathers, who chose to become dads via surrogacy, after years of coming to terms with their identities, their families, and the technological advances that have made journeys like this possible.

Cenk Bulbul is originally from Turkey. He came to the United States in 1994 – the early days of a tool that would help him, and countless others, understand the emotions for which they didn't yet have the words: the World Wide Web.

"The things that I was feeling as a young man, but I didn't know what they were because there weren't any public examples where I used to live in Turkey and even at Carnegie Mellon [University]," Bulbul says of his time exploring the internet while getting his masters degree in Pennsylvania.

While he was finally able to label his romantic feelings, he still felt lost. So he went back home to Turkey and completed his compulsory military service, before returning to the United States – this time to New York – where he completed a doctorate program. 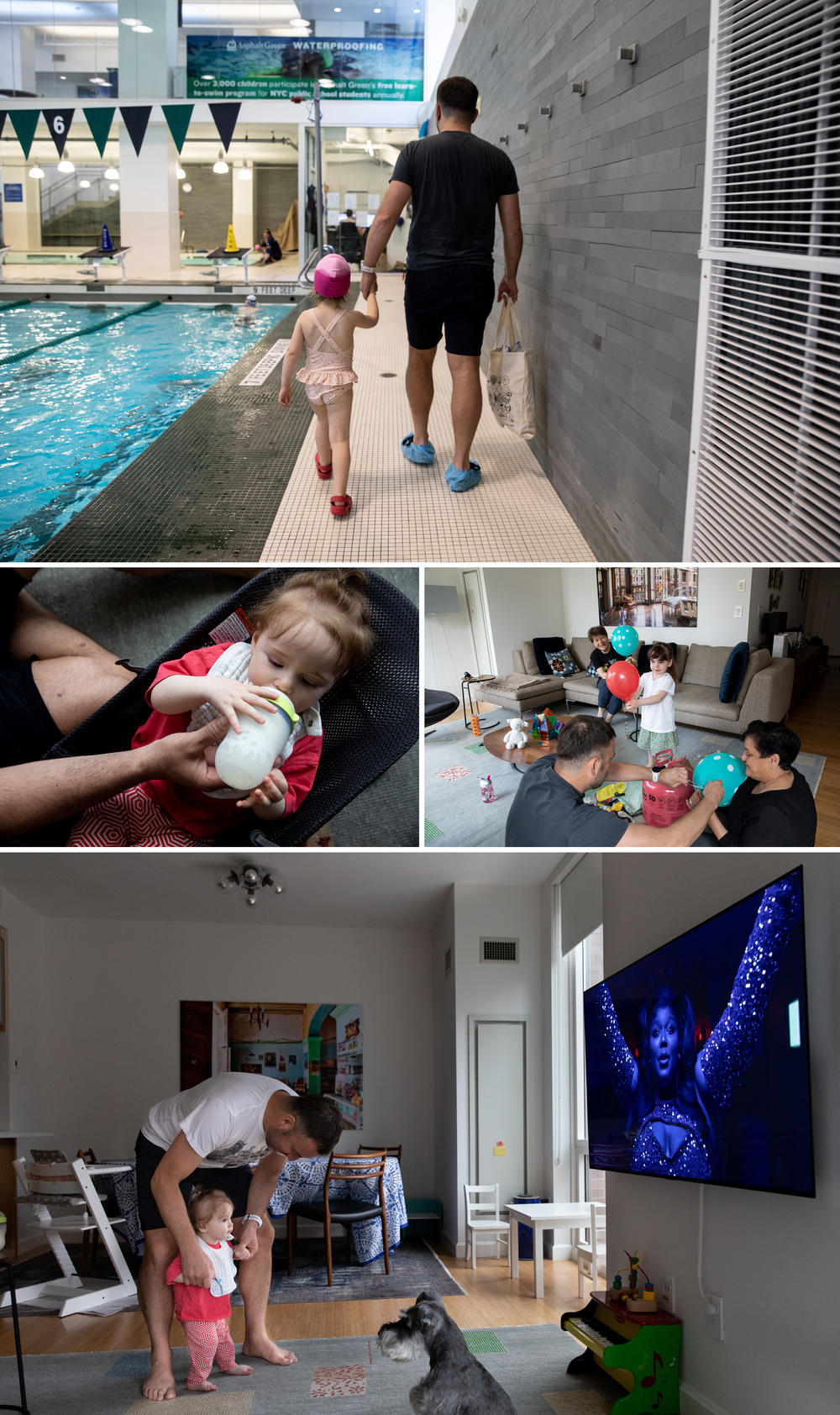 Cenk Bulbul, a single dad by choice, with his daughters Emi and Gaia. Cenk's mother, Nurten Bulbul, was also in town visiting from Turkey, where he was born.

Bulbul had always dreamed of being a father. In his youth, he would imagine himself in the year 2000 – 28 years old – married, to a woman, with two young children.

"Then I came out in 2002," he says. "There were no examples of same-sex parents or single parents by choice of any sort around me, even like adoption circles.

"And then as the decades went on, more and more, as I became more comfortable with who I am, I started seeing examples and, you know, then the legislation started changing, and that also started to bring more families of different backgrounds to the surface. And that childhood dream of mine started to nag me." 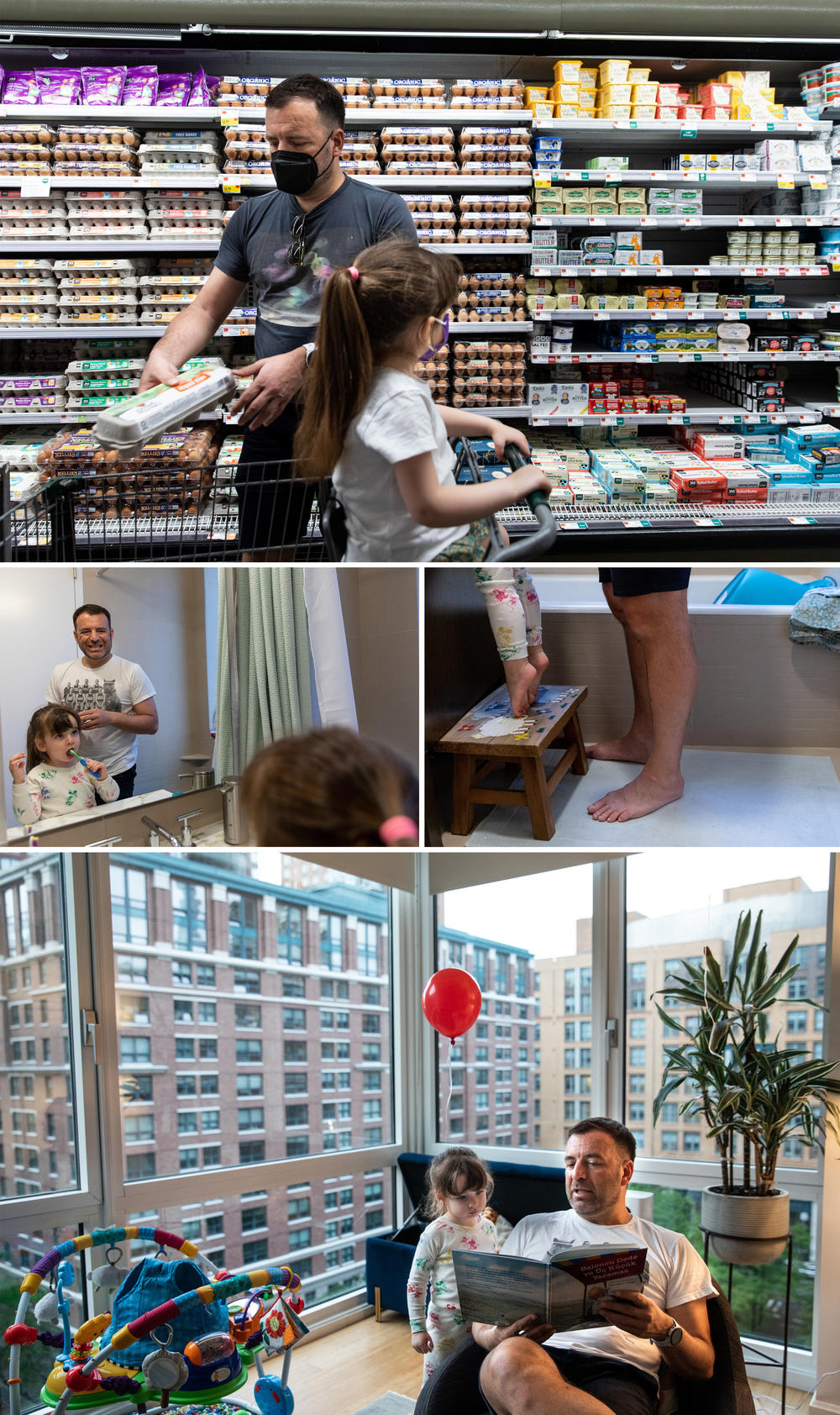 Cenk takes Emi grocery shopping and then gets her ready for bed. Cenk had both his daughters via the same surrogate using donor eggs and his sperm to make the embryos that were implanted.

Initially, Bulbul wanted to adopt. But the process for single people, particularly relatively older gay men, he says, was difficult.

"If I'm going to be a parent, I should just try to find the shortest route at this point because, you know, it's not fair to the children that they have a geriatric parent. I wanted to be around," he says.

In 2019, his first daughter, Emi Jules, was born via surrogate. In 2021, in the throes of COVID, Bulbul welcomed his second daughter, Gaia Mine, with the same surrogacy partner.

"Her first name, Gaia, means, Mother Earth. And to me, that was very suitable for a kid that's just going to grow up in a warming planet, whose future is under jeopardy. So I thought she'd be the future president," he says with a laugh.

At 2 1/2 years old, Archie is a precocious toddler with multi-colored bows adorning her hair and a vocabulary that belies her age.

"It's a specific language," says her dad, Diarra Lamar. "I speak Archie. Do you speak Daddy," he asks, turning to the sunglassed toddler at his side.

Archie responds yes, before asking her dad if he remembers the "Wheels on the Bus" and reminding him that she likes vanilla.

Lamar, who now calls New York home, grew up in Montgomery, Ala. Black, gay and heavyset in the South, he was raised by a single mother in a family of single mothers.

"Despite what one might expect, given those characteristics – that geography, those circumstances – who I am as a person has made me seemingly oblivious to those perceived constraints," he says.

"Yeah, you know, people would say derisive things about me, but I didn't really care," he says. "And the reason I didn't care was my mama loved me and my grandmother loved me."

It was because of the love he felt in his family, and the strength of the women around him, he says he felt it was his duty to bring a child into the world. 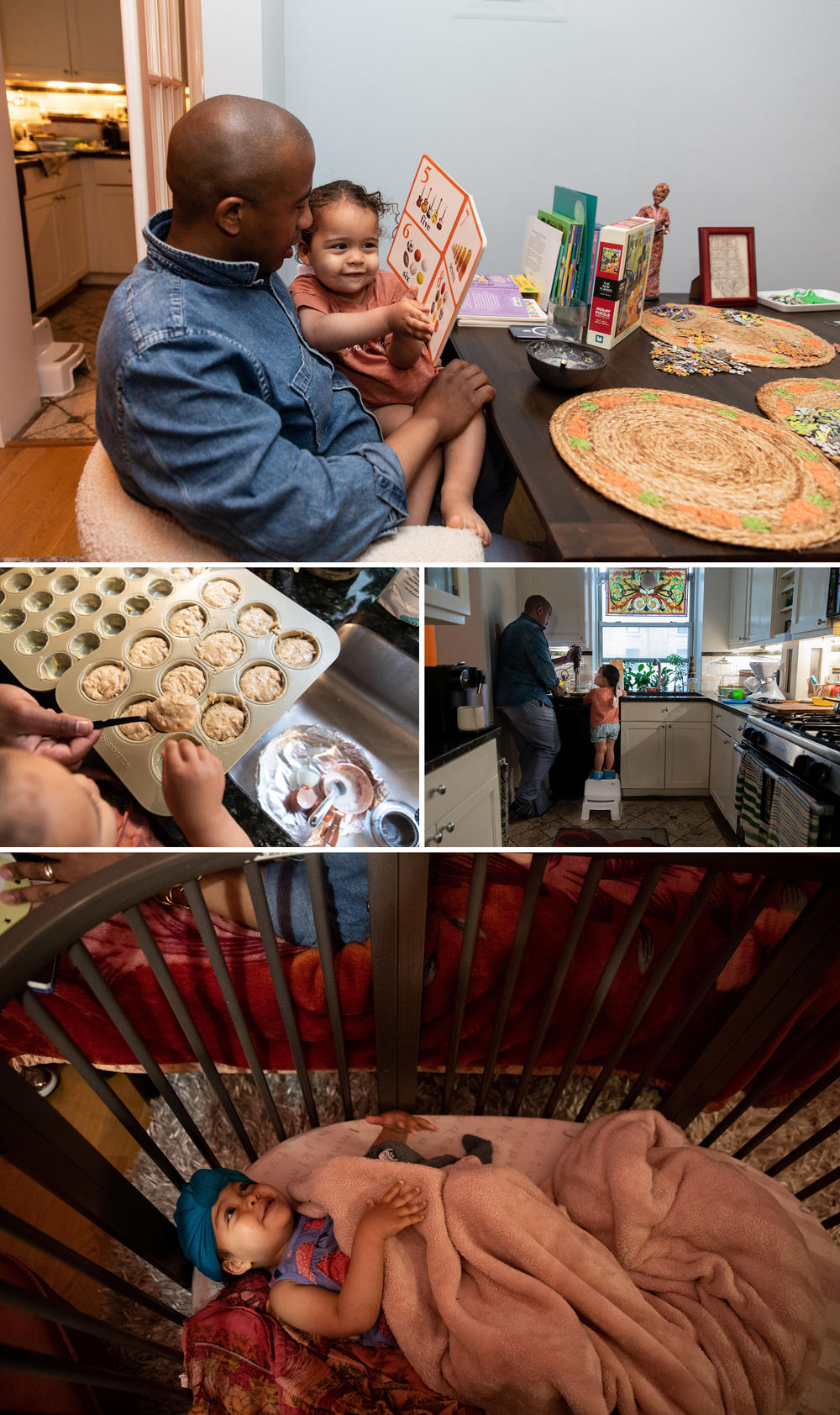 A three time Harvard-educated medical professional, Lamar speaks with a clinical detachment about getting viable embryos and finding a surrogate.

"My mom had said in a couple of conversations that we had had ... 'Oh, if I'm around then,'" recalls Lamar. "And we had never talked about my having kids, but it was in the context of other things. And when she said that, I was like, 'Oh, okay, I really got to get going.'"

"It was a very long journey," to parenthood, he says.

There were several bumps in the road, including one of his potential surrogates having to excuse herself because her husband suffered a suicide attempt and another being involved in a major car crash right before the implantation was scheduled.

But in January 2020, Archie was born – named in honor of her late great-great-grandfather.

"But we [Lamar, his mother and newborn Archie] got off the train in Penn Station and, you know, came directly home. And my mom has not left since."

In the early months of Archie's life, she lived with her grandma in an apartment Lamar got for her, just a short walk away from his own rent-controlled apartment in the West Village.

"I did my work during the day, at 5:30 or so, I would go over and make dinner for us to eat, play with Archie and, you know, do all the things," he says, "put her down around ten-ish or so with a [late-night feeding] at midnight. And then I would walk over back home at midnight, rinse and repeat."

Now, the three live in a brightly colored three bedroom apartment, six blocks away from the Montessori school Archie attends.

"Sometimes the gay community is seen as, oh, it's the funny guy who's always about fashion or always about travel," says Dustin Ling.

"Fathers – gay fathers and mothers – come in different and various forms, not just that one-note identity. We can be many things, and you can be those things and be a parent as well."

Raised on the island nation of Aruba to Asian parents, Ling says there weren't many examples of gay men around.

"When you're somebody who is an underrepresented minority, you don't realize what's possible," he says.

Ling's son was born in May 2021, after a difficult surrogacy search.

The baby, a rosy-cheeked 13 month old, is named after Ling's brother, who died by suicide in 2015.

"His first name is Spencer, honoring my brother," Ling says. "His second name is Kai, which really signifies the ocean, since we're from the Caribbean."

As a new parent during COVID, Ling's experience has had its challenges.

"The birth is kind of like such a moment where you want to celebrate and you want to have family over, want to have friends over," Ling says. "And the first year was like, 'Actually, no thanks, don't come for now,' because we want to protect Spencer from any type of exposure." 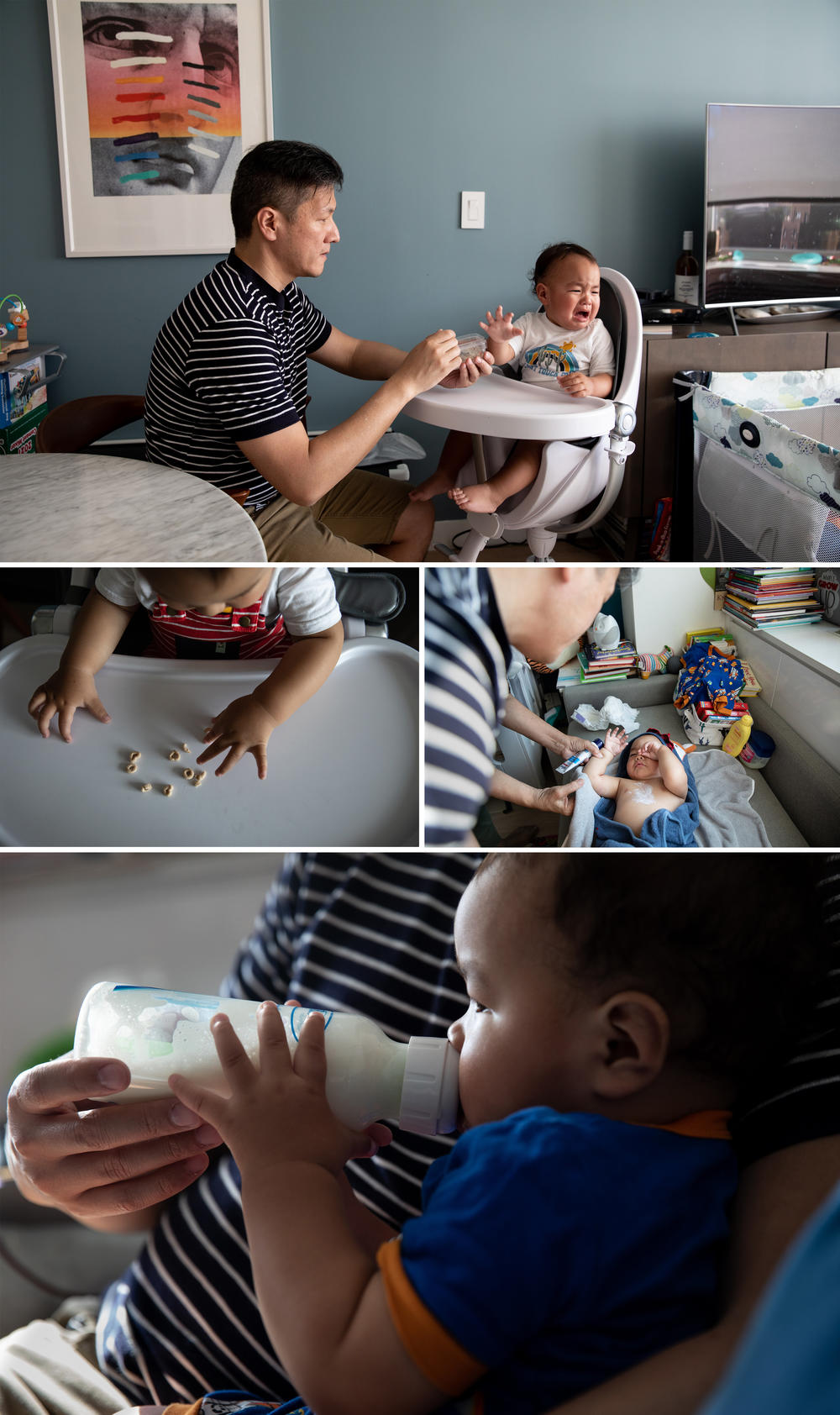 The pair got COVID in April, which made childcare difficult, since Ling's parents often visit from Aruba to help with the baby.

But in their time together, exacerbated by the isolation of the pandemic, Ling says he and Spencer have spent time learning one another.

"He's got an amazing will to him," Ling says.

It's a determination the two have in common. Despite the challenges of life as a single gay dad in New York, Ling remains an optimist.

He said he is still hopeful to find romantic love, and plans to begin a new surrogacy journey in a few months.

Diarra Lamar was born in Montgomery, Ala. Emi Jules Bulbul was born in 2019, and her grandmother's name, Nurten, was misspelled in a caption. The text has been corrected. 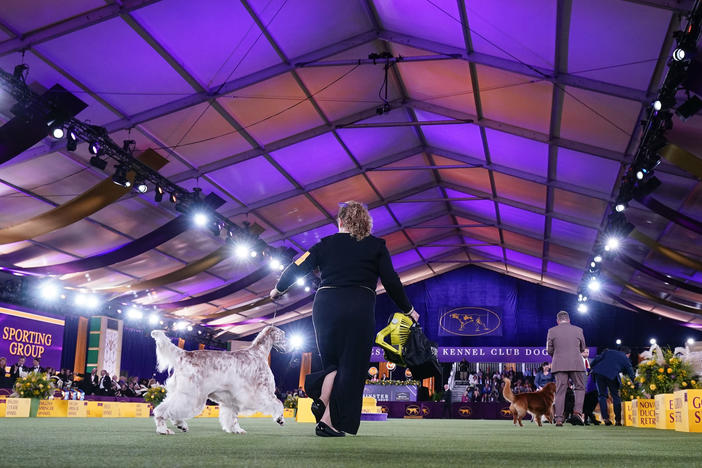 The winner becomes the first bloodhound to win the annual canine competition. 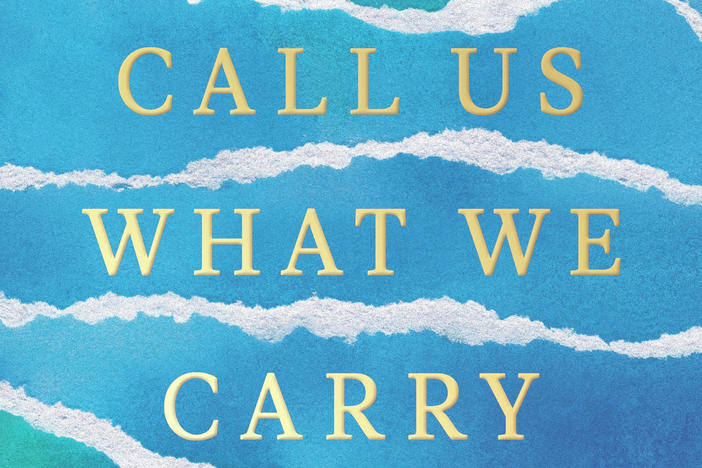 Poet Amanda Gorman celebrates the gift of Blackness for Juneteenth

To mark the holiday, Gorman reads "Fury and Faith," a poem from Call Us What We Carry. She says her collection's title reflects how "we all can be vessels of both hurt and hope at the same time."