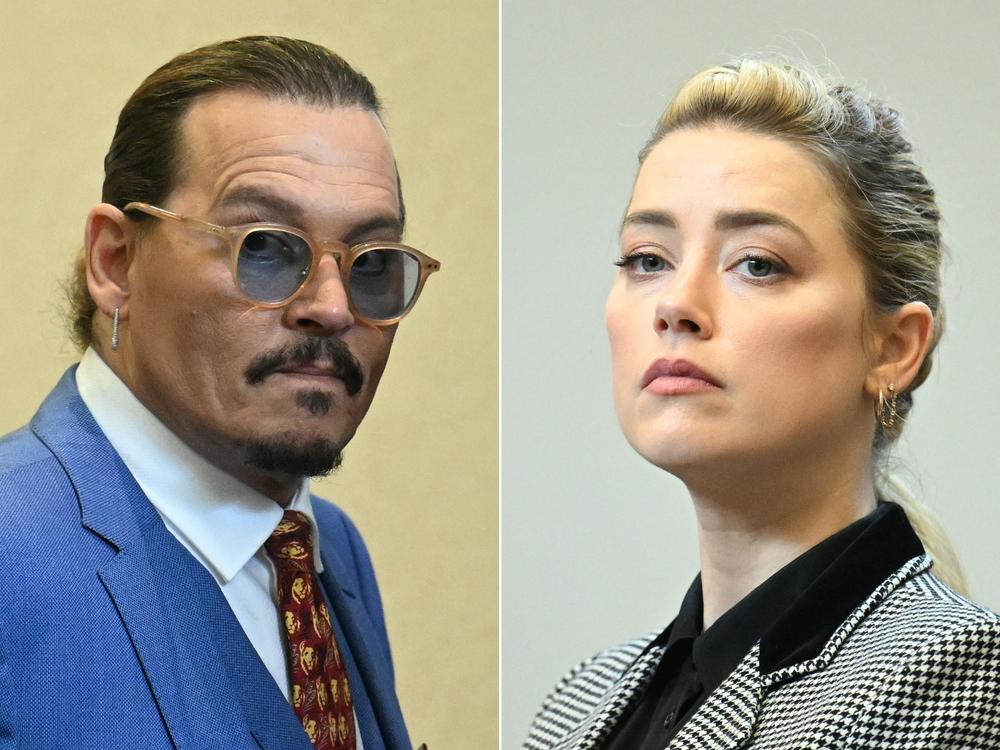 Amber Heard, the ex-wife of Johnny Depp who lost the high-profile defamation case earlier this month, said she told the truth in her testimonies and social media may have influenced the jury's decision.

"Of course, 'til my dying day, [I] will stand by every word of my testimony," she told NBC's Savannah Guthrie. "I think (the) vast majority of this trial was played out on social media. I think that this trial is an example of that gone haywire, gone amok, and the jury's not immune to that."

In the dual defamation trial between Heard and Pirates of the Caribbean star Depp, a seven-member jury found that the actress defamed Depp and that he was entitled to $10 million in compensatory damages and $5 million in punitive damages. The actual amount awarded Depp was $10.35 million. Virginia state law caps punitive damages at $350,000.

How this case ended up in court

Depp sued Heard, saying she defamed him by accusing him of domestic abuse in an opinion piece in The Washington Post. During the trial it was revealed that the essay was ghostwritten by the American Civil Liberties Union and published to coincide with the release of Aquaman, a movie in which Heard starred. While Depp wasn't named specifically, emails between the ACLU and Heard's lawyers read during the trial discussed whether to include his name in the piece.

The Washington Post has added an "Editor's Note" identifying the statements in the essay that the jury found were false and defamatory.

In the NBC interview, Heard said she exercised her First Amendment right by writing the op-ed.

"It's the freedom to speak truth to power ... and that's all I spoke," she said.

Heard countersued, saying Depp's legal team falsely accused her of fabricating claims against Depp. Adam Waldman, one of Depp's lawyers, called Heard's accusations against Depp a "hoax" and an "ambush" in statements to the press.

Over the course of six weeks, the trial in a Fairfax, Va., courtroom revealed a troubled relationship between the two actors, often in excruciating detail. In recordings and texts, they argued and denigrated each other.

In recorded conversations between the two, Heard tells Depp she didn't "punch" him but rather "was hitting" him and "to grow the f*** up." Witnesses described Depp as a controlling spouse who abused drugs and alcohol.

Guthrie pressed Heard on her admissions in the tape, to which Heard said, "As I testified on the stand about this, is that when your life is at risk, not only will you take the blame for things you shouldn't take the blame for, but when you're in an abusive dynamic — psychologically, emotionally and physically — you don't have the resources...or the luxury of saying, 'Hey, this is black and white,' because it's anything but when you're living in it."

In a recording, Heard also tells Depp the world wouldn't believe him if he said he was a victim of domestic abuse.

"Twenty-second clips, or the transcripts of them, are not representative of even the two hours or the three hours those clips are excerpt from," she said.

Heard said she never instigated violence between the couple, but responded to it.

"When you're living in violence and it becomes normal, as I testified to, you have to adapt," she said.

She added, "I will always continue to feel like I was a part of this, like I was the other half of this relationship, because I was, and it was ugly, and could be very beautiful. It was very, very toxic. We were awful to each other. I made a lot of mistakes ... but I've always told the truth."

What was happening outside the courthouse

Before the jury returned its verdict, the court of public opinion was already in Depp's corner. According to The Washington Post, "The hashtag #justiceforjohnnydepp has received nearly 7 billion views across TikTok and regularly trends on Twitter, as fans create supercuts from trial footage which are edited to make Heard's accusations seem unfounded."

In stark contrast, Heard was the subject of online hate and vitriol. Heard said she saw throngs of people both inside and outside the courtroom supporting Depp, with some holding signs with sayings like "burn the witch."

She said she did not feel confident the day of the verdict.

"I think even the most well-intentioned juror, it would be impossible to avoid this," she said.

Her lawyer, Elaine Bredehoft, told NBC's Today that even though jurors were not supposed to be looking at social media, their friends and families might have been.

"There is no way they couldn't have been influenced by it. It was horrible. It was really, really lopsided," she said.

In addition, Bredehoft said it was wrong that they could not tell the jury about the libel case Depp lost in the U.K., where Depp sued The Sun newspaper over a story in which he was called "a wife beater." The British judge found the story to be "substantially true."

Depp was not in the courtroom when the Virginia verdict was read. In a statement on Instagram he wrote, "the jury gave me my life back." Heard plans to appeal the verdict, according to her lawyer.

A previous version of this story said the jury reached a verdict last week. In fact, it was earlier this month. 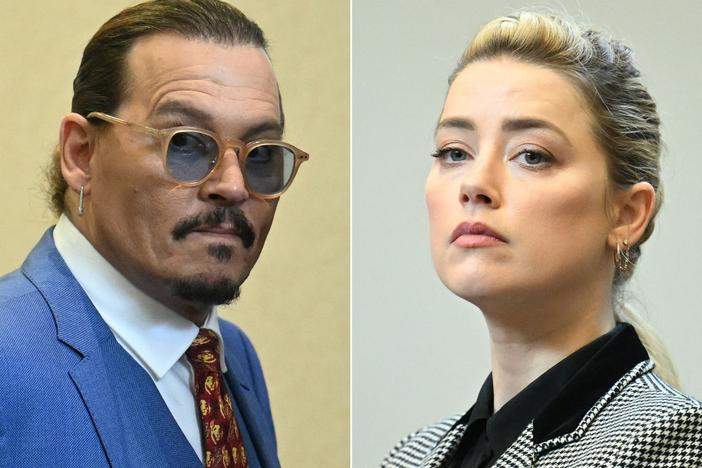 Johnny Depp had sued Amber Heard for more than $50 million over a 2018 op-ed she wrote about abuse against women. Because of a limit set by state law, Depp's award will be $10.35 million. 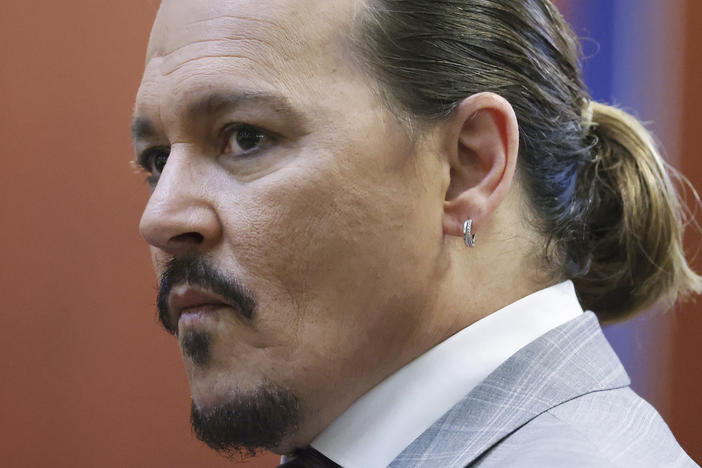 As her testimony ends, Amber Heard says she wants Johnny Depp to leave her alone

Heard is the final witness in the six-week libel trial Depp brought against his ex-wife. 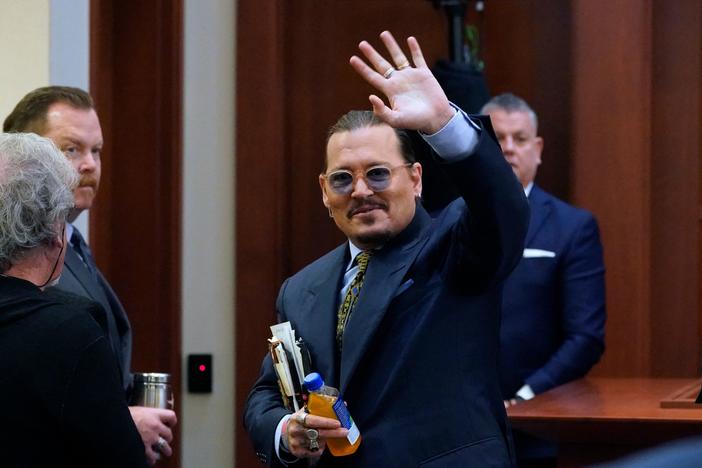 On TikTok, #IStandWithAmberHeard has garnered about 8.2 million views, while #JusticeForJohnnyDepp has earned about 15 billion views. A sociologist offers her views on the reasons why.