March for Our Lives? March for Life? How to know the difference between the groups 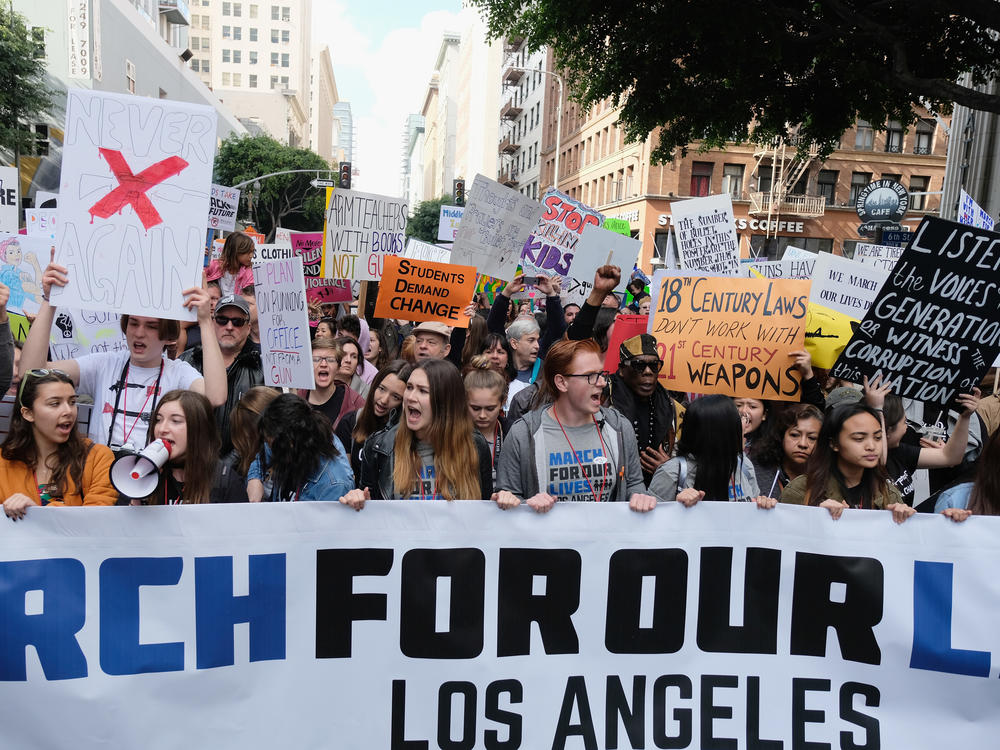 March for Our Lives demonstrators at a rally in Los Angeles in 2018. The activist group can typically be spotted donning blue and white colors. Meanwhile, the March for Life movement is often seen with red and white colors.

One group aims to end abortion, and the other to end gun violence. And both of their names sound incredibly similar.

March for Life wants to overturn Roe v. Wade, while March for Our Lives is pushing for more gun control legislation. Each group holds rallies across the country.

Here's how can you tell the difference between the two protests. 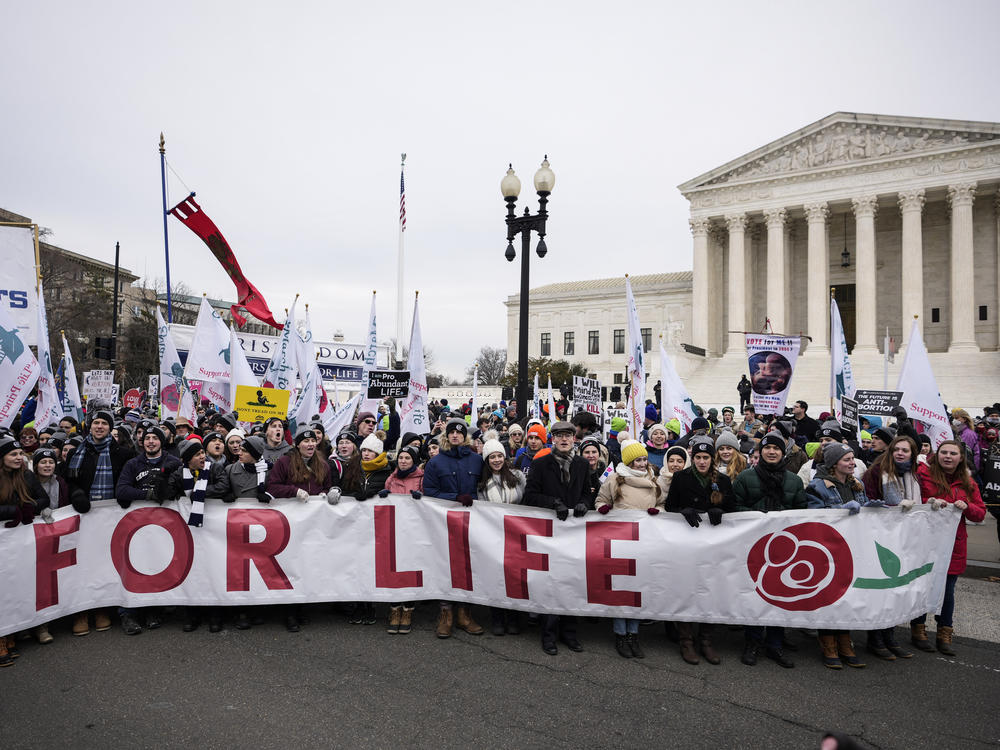 Protesters gathered in Washington, D.C., this past January for the 49th annual March for Life rally. Demonstrators with the March for Life movement sport the color red at protests.

The difference in color scheme isn't a surefire indicator of who's who, March for Life demonstrations often have signs in red and white. March for Our Lives movements can be seen sporting blue and white. As for the protesters themselves, participants on both sides can be seen at rallies in and out of their side's colors.

The March for Our Lives group doesn't have an iconic symbol that makes supporters easy to identify. However, if you come across a rally, march or protest and see a rose emblem on signs, shirts and so on, you are likely at a March for Life event. According to the March for Life website, the group has long seen a rose as a symbol of life.

Where do these groups come from? 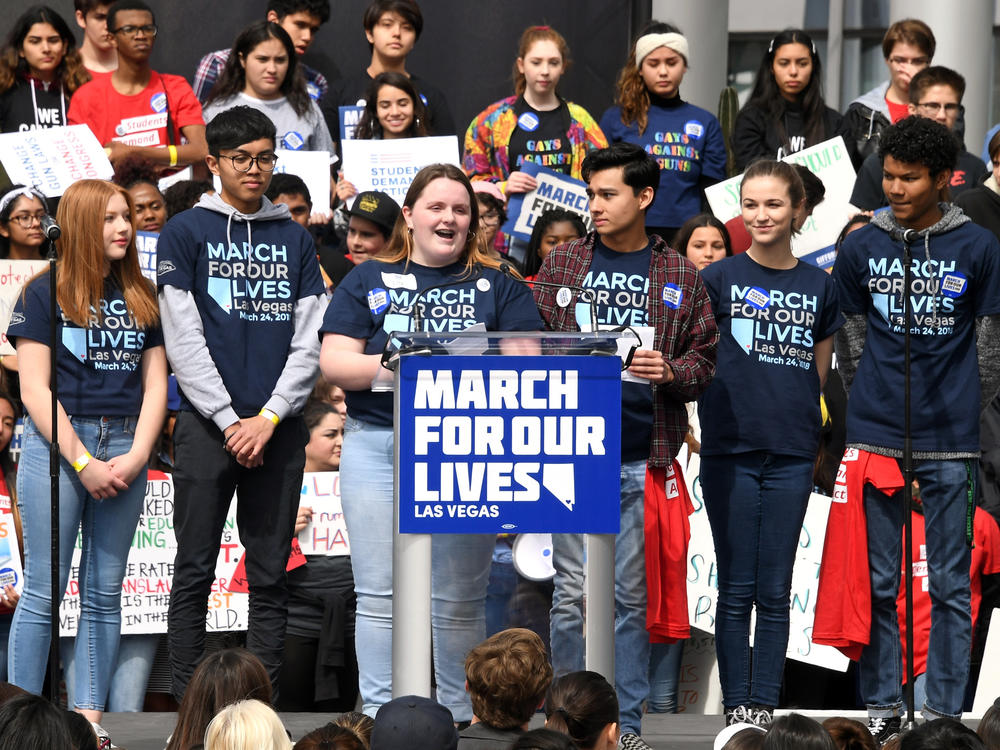 A March for Our Lives demonstration in Las Vegas, Nevada, in 2018. The organization is youth-led.

Similar to the team color conversation, identifying an event based on who is in attendance isn't a guaranteed way to pinpoint which protest you may be at. However, some background on each group might help.

The first March for Life took place in Washington, D.C., in January 1974, one year after the Supreme Court ruled on Roe v. Wade, providing federal abortion protections. March for Life founder Nellie Gray chose to hold the march every year until the decision is overturned, according to the group's history page.

The March for Our Lives movement was started in 2018 after a gunman shot and killed 17 people, wounding an another 17, at Stoneman Douglas High School in Parkland, Fla. The organization was started by high schoolers who survived the mass shooting, and though the participants vary in age, the crowds are overwhelmingly made up of young people.

Both groups host rallies and marches across the country

The best way to know what protest is taking place is to check each movement's schedule. Both March for Life and March for Our Lives list their activities online with specific dates, times and locations.

If you're still unsure about whether you're at a March for Life or March for Our Lives event, check platforms like Twitter, Instagram and Facebook. Both groups have a presence on social media, and it's likely that someone at the protest will upload photos or videos from the event. 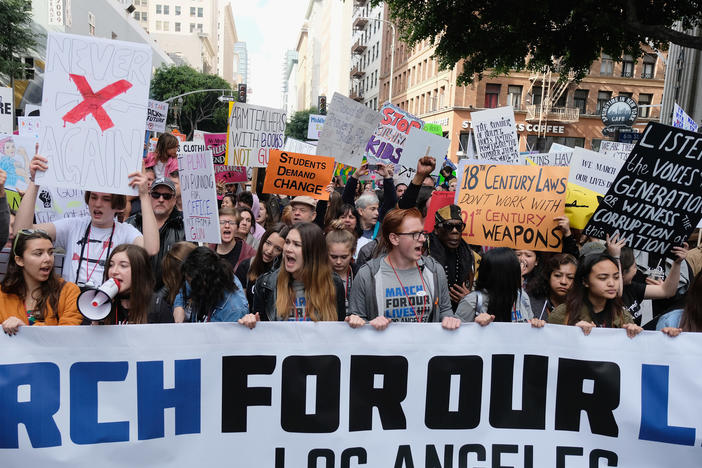 March for Our Lives? March for Life? How to know the difference between the groups

Both groups can be seen in the spotlight as abortion and gun violence take hold of the national conversation. Though similar in name, each stands behind different political issues. 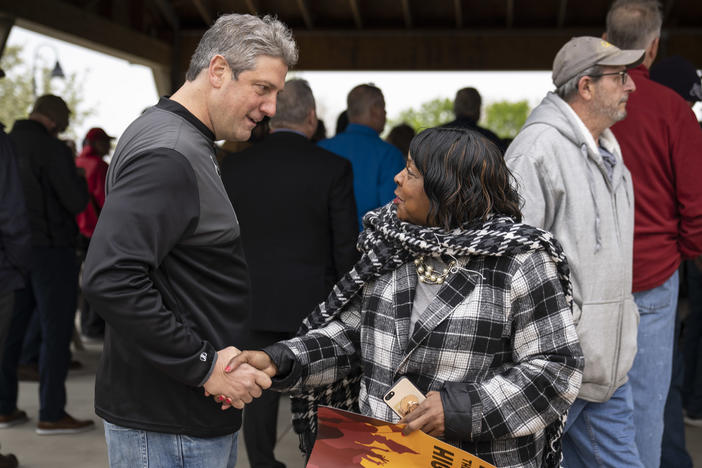 How abortion may be reshaping the close Ohio Senate race

The race for an open U.S. Senate seat in Ohio has put abortion rights and women voters in the national spotlight. 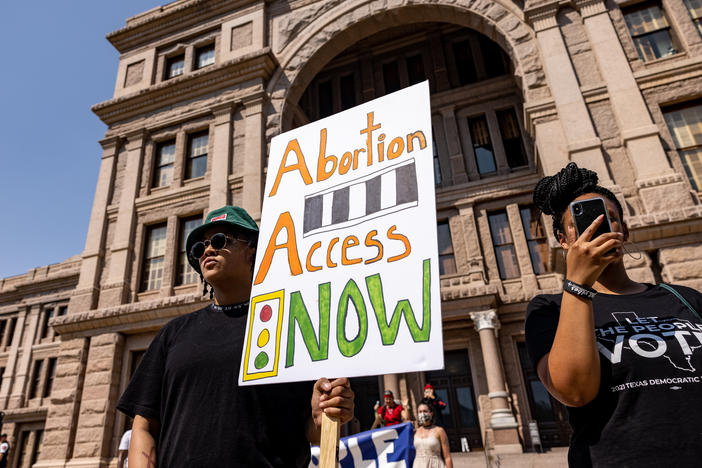 With abortion illegal in a growing number of states, both groups that help patients access the procedure and those who oppose it are reporting more calls for help.