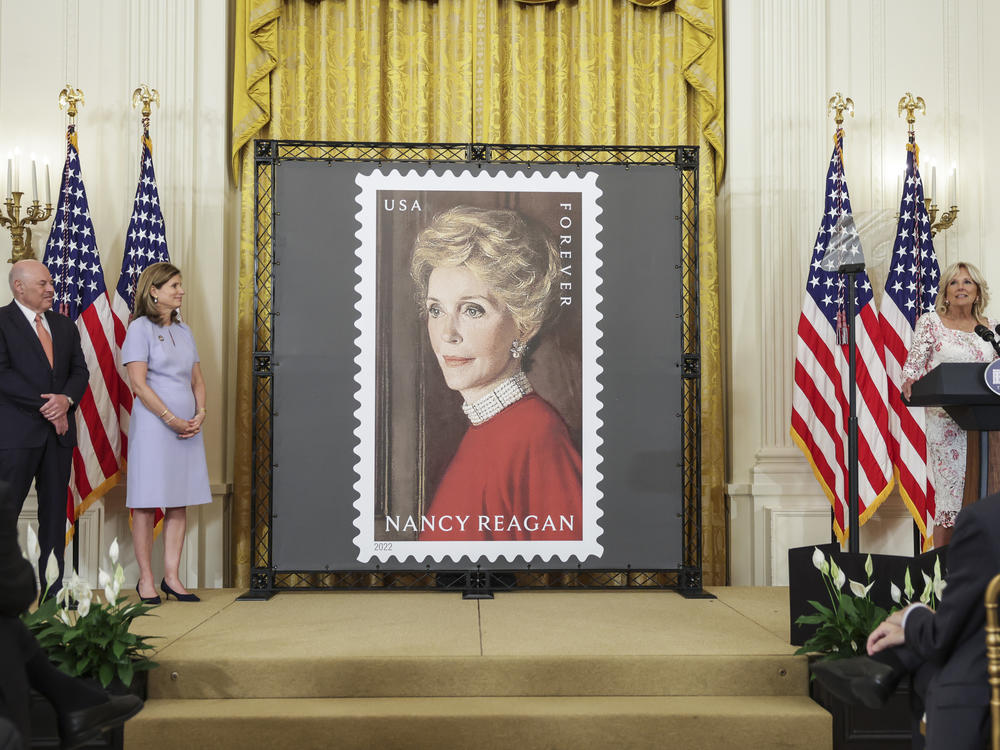 Members of the LGBTQ+ community are calling a new stamp featuring former first lady Nancy Reagan a "slap in the face," as it was unveiled at the beginning of Pride month and because of the Reagan administration's role in the AIDS crisis of the 1980s.

"I think it just brings up just this overwhelming, underlying grief that a lot of us have been having," said Sarah Epperson, a queer artist and illustrator who focuses on social justice issues and politics. "Not only did we lose an entire generation of our elders through the AIDS crisis in the '80s — you know, stories that we'll never have, people that we'll never have. ... But also we lost so, so many people. There would have been so many more of us had we not lost so many of them."

The stamp features Reagan's official White House portrait from 1987 by artist Aaron Shikler. Reagan was born on July 6, 1921, and the commemorative Forever stamp is meant to celebrate the centennial of her birth, which was last year but whose celebration was delayed because of the COVID-19 pandemic.

"The Postal Service takes great pride in our mission to bind the nation together, and through the issuance of the Nancy Reagan stamp, we hope to provide the means for the public to come together in remembrance and commemoration of this great and impactful American," DeJoy said.

As news of the announcement spread, the backlash promptly followed, with people on Twitter and other social media platforms calling out the Biden administration for the timing of the unveiling and highlighting the late first lady's actions during the AIDS epidemic in the 1980s.

One Twitter user pointed out the story of film star Rock Hudson, who was a friend of the Reagans and who sought help in receiving AIDS treatment at a French military hospital. After receiving the message, Nancy Reagan declined to get involved. Though Hudson was ultimately admitted to the hospital, the disease had progressed too much. He died a few months later after returning to the United States. 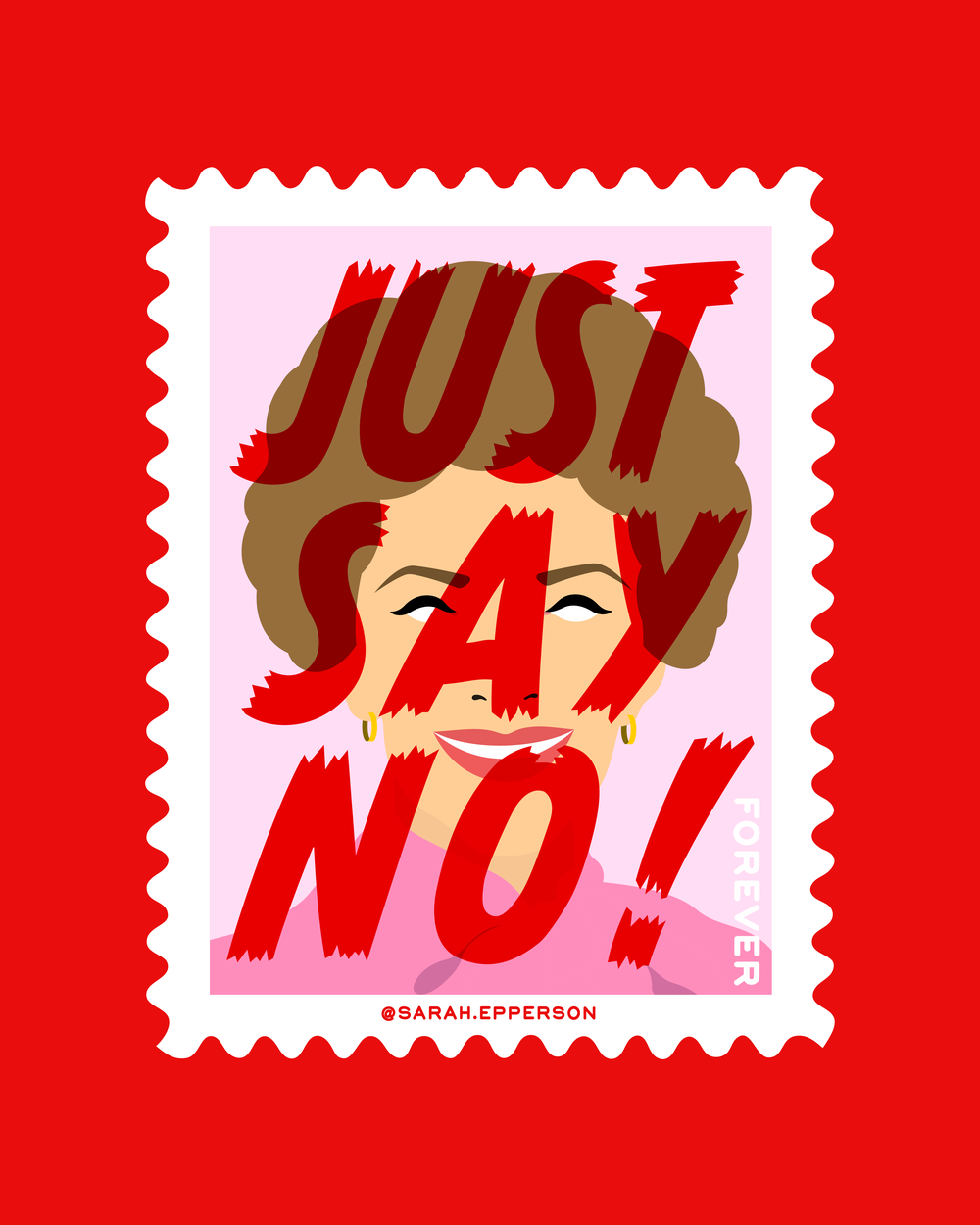 The illustration that artist Sarah Epperson created in response to the unveiling of the Nancy Reagan commemorative Forever stamp. / Sarah Epperson

The discussion around the timing of the Nancy Reagan stamp's unveiling led Epperson to make her own stamp of the former first lady with "JUST SAY NO!" written over Nancy Reagan's face in red. The slogan comes from a campaign of the same name that Nancy Reagan led to raise awareness about drug abuse.

"I think it's really important that we don't just whitewash history and allow it to continuously be skimmed over," Epperson said. "'Just Say No' really didn't help or convince people not to use drugs. But when her friend Rock Hudson asked for her help, that was essentially her answer to him, and [Reagan's] answer to even acknowledging the thousands of people who were suffering and dying from HIV/AIDS."

The silence of Nancy Reagan and President Ronald Reagan on HIV/AIDS lasted for several years, with the president waiting until 1985 to directly address the issue while answering a reporter's question. It would be two more years until he made his first major address on the health issue in 1987.

Brandon Cuicchi, an organizer with ACT UP, the AIDS Coalition to Unleash Power, said Ronald Reagan's prolonged silence became a legacy of negligence.

"The slowness of the Reagan administration to deal with AIDS cost, you know, tens of thousands of American lives, and it continues to reverberate even now during the COVID pandemic," Cuicchi said.

"Reagan's negligence is the reason that, you know, activists demanded that [then-President Donald] Trump speak about and address the COVID epidemic. We could never imagine COVID going unmentioned or unaddressed for years while thousands of people were dying and millions were being affected by the disease."

In response to the backlash, the White House noted the timing was tied to Nancy Reagan's centennial and the opening of the Ronald Reagan Presidential Foundation and Institute building in the District of Columbia on Tuesday.

"President Biden and the First Lady have a long and proud record of supporting, fighting for, and leading on, LGBTQ+ rights, and those living with HIV/AIDs," said Michael LaRosa, press secretary to the first lady. "Just last month, Dr. Biden visited a shelter in Panama for those living with HIV/AIDS and announced an additional $80 million in PEPFAR funds for the region."

A previous version of this story incorrectly said Nancy Reagan was born in 2021. In fact, she was born in 1921. 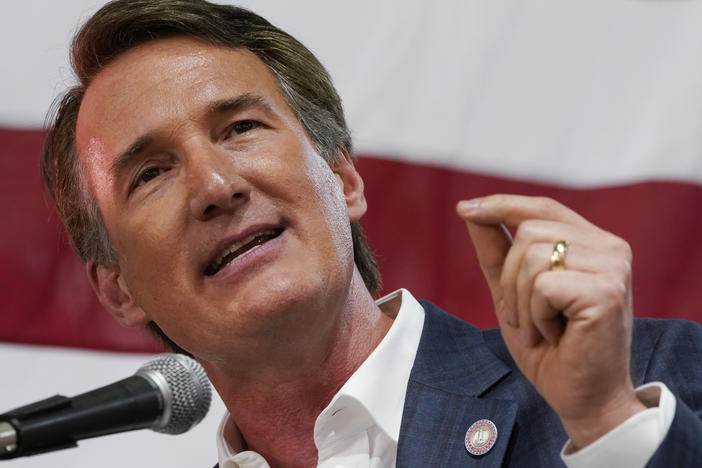 The revamped rules explicitly state that students must only use bathrooms and locker rooms associated with the sex assigned to them at birth. Similar restrictions apply to sports and other activities. 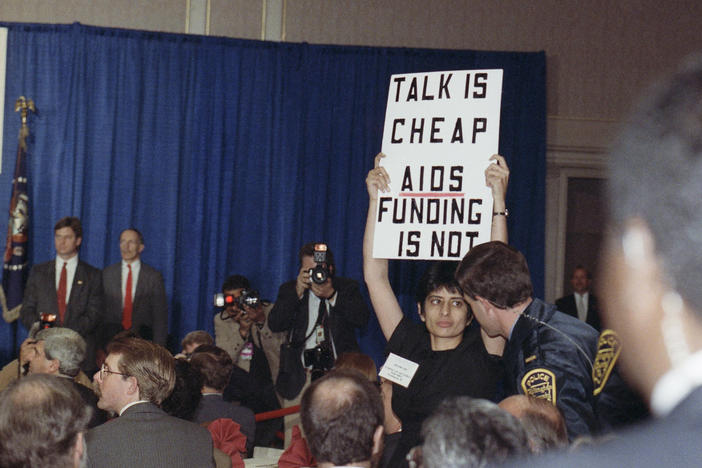 Colleagues, friends and admirers are paying tribute to Vaid, the pioneering attorney and organizer who died at age 63 on Friday. She worked for the ACLU and National LGBTQ Task Force, among others. 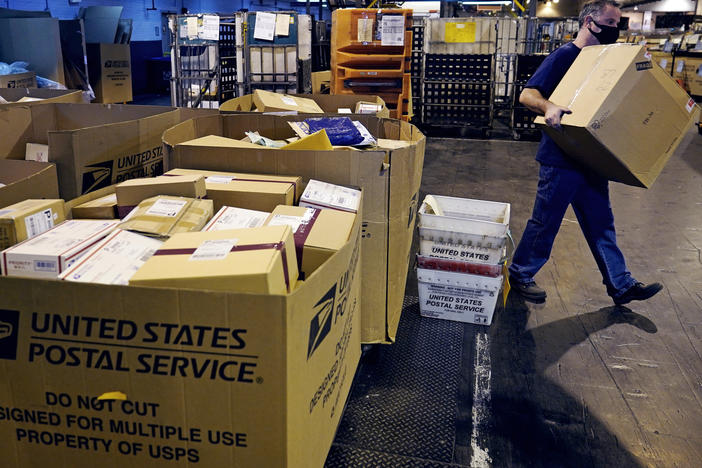 Bill that would give the U.S. Postal Service a major overhaul moves to the Senate

The embattled USPS has been losing billions of dollars annually in recent years. The bill, which focuses on cutting health care costs, would result in $50 billion in savings over 10 years.