This is how handguns and assault weapons affect the human body 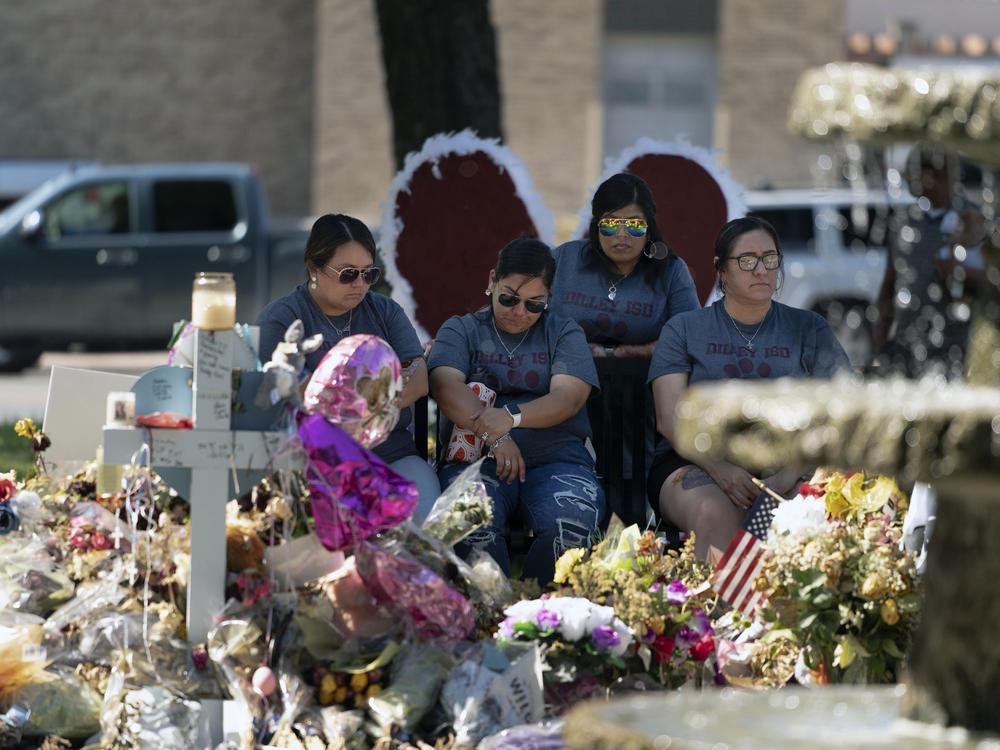 A wave of mass shootings has plagued the country in recent weeks, including in Buffalo, New York; Uvalde, Texas; Tulsa, Oklahoma; and Philadelphia.

There have been more than 240 mass shootings this year, a grim statistic that follows gun violence being at its highest point in 20 years in 2020, according to CDC data.

It's a pattern some doctors have noticed even without the numbers in front of them.

Wounds from handguns vs. assault weapons

Bullets from lower caliber weapons, such as handguns, typically pierce straight through a target, medical experts say. By comparison, higher caliber guns, such as the AR-15s used in many mass shootings, can liquefy organs because of their much higher projectile speeds.

"Assault weapons ... cause a condition called cavitation, meaning that as the projectile passes through tissue, it creates a large cavity," said Dr. Ian Brown, a trauma surgeon at UC Davis Health in Sacramento, California. "And that does a ton of of tissue damage, both initially at the impact, and then even further as that tissue begins to necrose, or die off."

The damage is much greater in children, as the surface area of their organs and arteries are smaller, said Dr. Joseph Sakran, the director of emergency general surgery at Johns Hopkins Hospital in Baltimore.

"From a survivability and morbidity perspective, what the bullets hit, whether (bullets are) small caliber or large calibers, is the primary determinant of patient outcomes," he said.

When paramedics respond to a person who has been shot, they send a notification to the hospital describing what happened, the location of the injury, vital signs, status of the patient and the estimated time of arrival to the facility.

Once the patient arrives, a team of health care workers in the trauma center report to the emergency room and begin assessing and stabilizing the patient.

With multiple gunshot wounds, surgeons must identify which wounds are the most severe and which should take priority, Savitsky said.

"All of that typically happens in a period of minutes, sometimes up to an hour following the patient's arrival in the emergency department," he said.

For some patients, the chaos of the hospital can affect how they respond, Brown said.

"They're probably terrified already, because they've been shot, and now we're surrounding them with a number of people. We're removing all their clothing so that we can expose their bodies and find all the wounds and dress them," he said. "And this occurs very quickly, and that in itself is a kind of trauma in and of itself mentally."

In the past, surgeons would treat the wound and send patients on their way, Brown said. But among shooting victims, recidivism rates, or its likeliness of being shot again, were sharp.

"The conditions for you getting shot are already in place, and so the chances that you would get shot again, in the next five years were extremely high," Brown said. "And historically, medicine did nothing to change that."

In the past decade or so, however, hospitals have begun intervention programs for gunshot victims, in the same way a heart attack patient receives guidance on changing their diet and exercise habits.

At UC Davis Health, where Brown works, patients have the option to speak with violence intervention professionals, many of who have been shooting victims themselves.

For the next year, these professionals will help patients with legal issues, mental health struggles, employment and stable housing, as many gunshot victims have fear about returning to their homes if their injuries were sustained there or close by.

"We put more emphasis on the fact that we're treating people not treating gunshot wounds," Brown said. "And so it starts there."

Johns Hopkins has a similar program.

Sakran often takes high school children on tours of the trauma center and gives them talks about gun violence.

Many of them halfheartedly listen, he said, until he tells them that at 17, he was shot in the throat after a high school football game.

"As a survivor of gun violence, I have a very unique experience, as I now am on the other side of taking care of these critically injured patients," he said.

He added, "If someone comes into my trauma center who's been shot in the head, there's very little that I can do for them. So the best medical treatment is prevention. I think we really have to start thinking about this public health problem that way, where we are focused on developing a system that makes it less likely for people to be injured or killed, and of course, make communities safer."

There have been more gun violence victims in recent years

In 2020, a record number of Americans were killed from gun-related injuries, at 45,222. More than half of these deaths were due to suicides, while 43% of them were murders, according to CDC data.

That year had the highest rate of gun violence since the mid-1990s, at 13.6 gun deaths per 100,000 people, according to Pew Research Center.

Savitksy said he treated the most amount of gunshot and stabbing, or penetrating trauma, victims in 1990s Los Angeles. He said he probably treated his lowest number of those victims about five to 10 years ago.

But it has picked up recently. The UCLA facility treats about 5 to 10 gunshot victims a week, Savitsky said.

"Anecdotally, it feels about as violent of a society as we've had probably in the last two, three decades," he said. "The amount of just person-on-person violence — and not necessarily just guns — it's every type of object that you could hurt somebody with, whether it's a hammer or a sharp piece of wood or a pipe or a knife. It's whatever people get their hands on when their emotions and rationality get the better of them."

Brown said when he first started practicing medicine, trauma centers would usually get gunshot victims on Friday and Saturdays.

"And then slowly, it became a thing that was more happening almost every day. There was no specific day where you would think that it wasn't going to happen," he said.

Brown said he treats one to three gunshot wound victims per night in the couple weeks a month he works trauma shift.

In Baltimore, there have been more than 300 homicides for seven years in a row. In 2021, 293 of 338 homicides were shootings, according to The Baltimore Sun.

For Sakran, all gun violence cannot be addressed in the same way.

"It requires, you know, a multifaceted approach that cuts across the sectors, and part of that... in urban cities is really trying to understand how to tackle the social structures and institutions that harm people by preventing them from meeting their basic needs," he said.

The impact on those who surround victims of gun violence

The effect of a shooting can reverberate throughout a community, something Drs. Brown, Sakran and Savitsky have experienced firsthand in their decades-long careers.

"It's hard to have to go into those waiting rooms, and to talk to those moms and dads, and to realize that what I'm about to do — when we're not able to save a patient — is deliver the worst news that any parents or loved one could hear," Sakran said. "It's the worst part of my job."

Continual support of those families is essential, he said.

Sakran referenced the trauma faced by witnesses, such as Miah Cerrillo, an 11-year-old who survived the Uvalde, Texas school shooting by smearing herself in her classmate's blood to play dead.

The doctors have also had to grapple with the impact treating trauma has had on themselves.

"It can be desensitizing," Brown said. "I think because we're trying to protect ourselves from the emotional toll, and the moral injury that's associated with treating patients every day is very difficult.

"I think we all try to remember that it's a human being that we're taking care of. And just in doing so, that hurts us too," he said.

An important part of the job is finding ways to offset the bad, Savitsky said.

"You need to make a conscious effort to find balance in your life, find other ways of restoring yourself to a good place mentally to allow you to just come in and be a very positive force and be empathetic and provide the compassion and care that every one of these patients requires, because it is hard seeing a lot the pain and suffering over the years and not have it just affect you as a person," he said.

But, the pride that comes with saving lives is immeasurable.

"When you see a lifetime saved, it's an amazing reward to see somebody bounce back and begin anew with a second chance," Brown said. 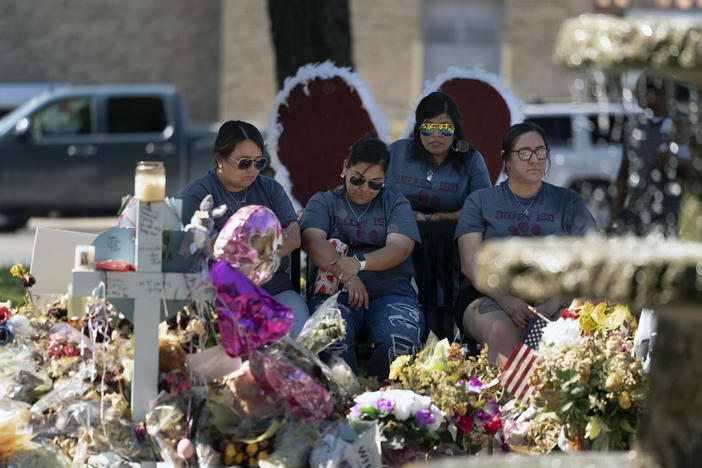 This is how handguns and assault weapons affect the human body

The effect of assault weapons is much greater in children, as the surface area of their organs and arteries are smaller, said Dr. Joseph Sakran, a trauma surgeon at Johns Hopkins Hospital. 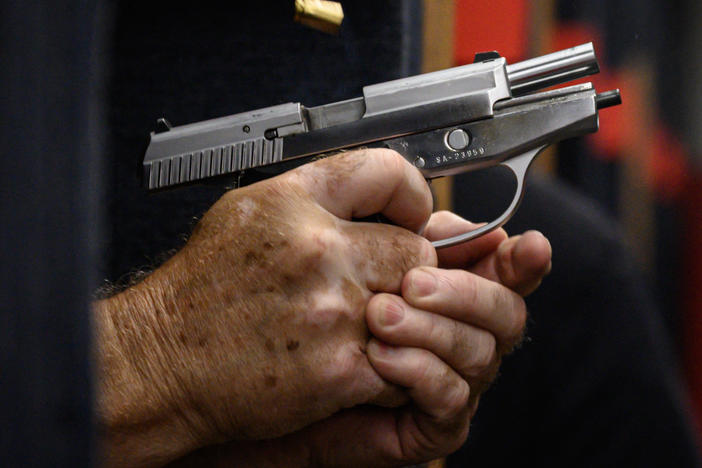 Overwhelming majorities want to see universal background checks, raising the age to buy any kind of gun to 21 and red flag laws. But just a quarter trust the government to look out for them.