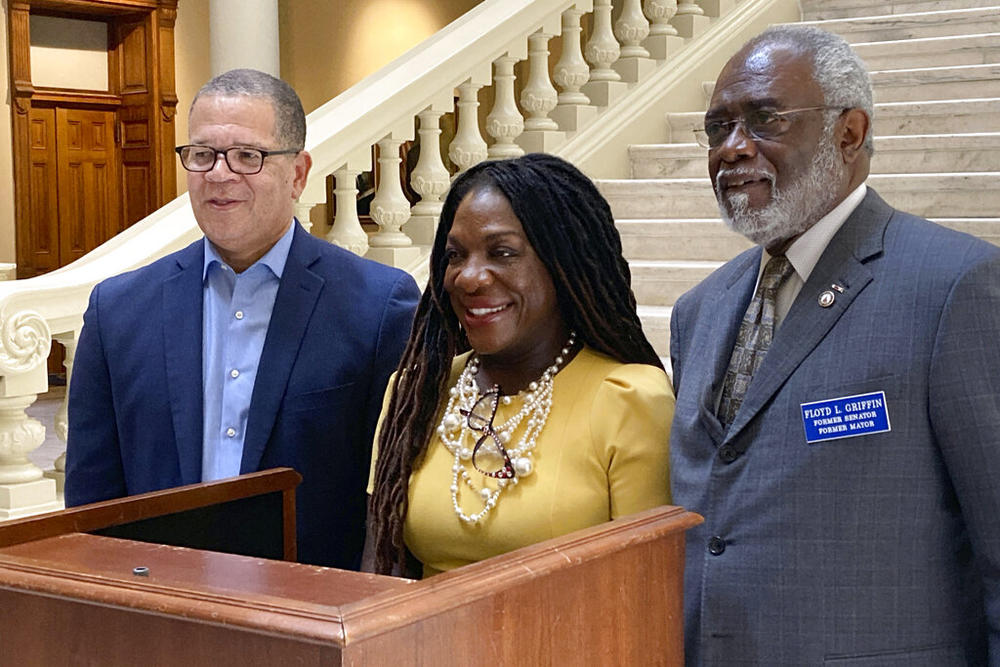 Former state Rep. Dee Dawkins-Haigler, center, a Democratic candidate for Georgia secretary of state, poses for a photo with former Fulton County Board of Commissioners Chairman John Eaves, left, and former Milledgeville mayor and state Sen. Floyd Griffin on Wednesday, June 1, 2022, at the state Capitol in Atlanta. The two men were also Democratic candidates for secretary of state and have endorsed Dawkins-Haigler in a June 21 runoff election.

All three of the Democratic candidates for secretary of state who didn't make it into a runoff to be the party's nominee have fallen in line behind a single former rival.

Dawkins-Haigler and state Rep. Bee Nguyen advanced to a June 21 runoff after last week's primary election, in which Nguyen won about 44% of the vote and Dawkins-Haigler took nearly 19%. The winner will face Republican incumbent Secretary of State Brad Raffensperger and libertarian Ted Metz in the November general election.

"I stand here poised as the most qualified in this race now in the runoff with proven leadership, ready to execute the duties on Day 1 because this position is one that requires expertise in many areas, and I am that person," Dawkins-Haigler said during a news conference Wednesday at the state Capitol.

Her campaign also announced the endorsements of state Rep. Billy Mitchell, who's state House Democratic Caucus chair and president of the National Black Caucus of State Legislators, as well as Rep. Sandra Scott, Rep. Doreen Carter and former state Rep. Georganna Sinkfield. Carter was the 2014 Democratic nominee for secretary of state and Sinkfield was the party's 2010 nominee.

Dawkins-Haigler served in the state House from June 2008 to January 2017. 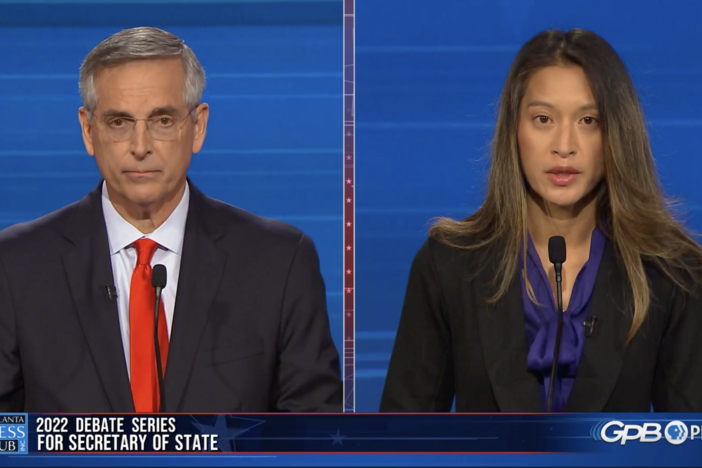 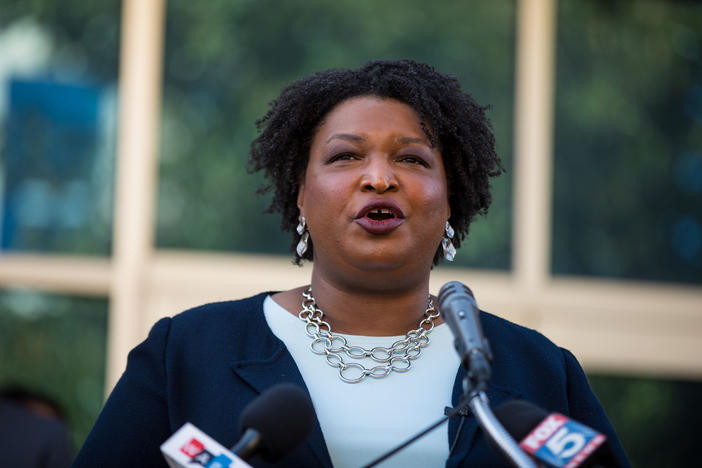 A trial has gotten underway in a federal lawsuit that alleges serious problems with Georgia's election system. The trial began Monday with lawyers for the plaintiffs arguing that the state has erected a series of roadblocks to voting through its policies and practices. 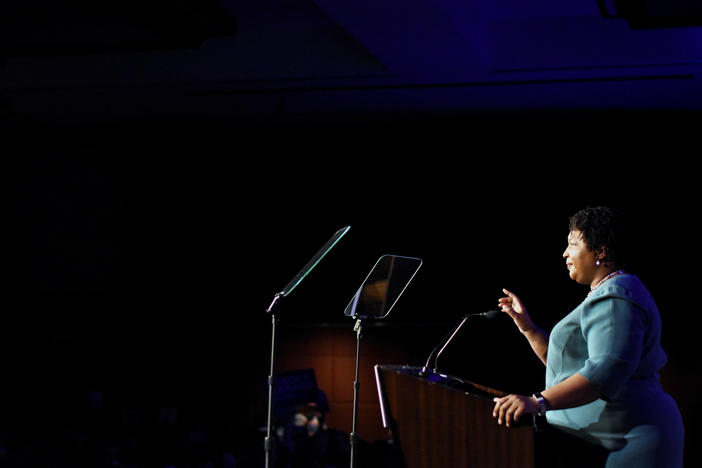 Stacey Abrams' next move may involve advocating for the disabled

Speculation has been brewing over what is next for Stacey Abrams. After she lost her second bid for Georgia governor in November 2022, the Democrat has been quiet about her plans.