WATCH: Biden says 'we have to act' after Texas school shooting

WASHINGTON (AP) -- President Joe Biden delivered an emotional call for new restrictions on firearms after a gunman opened fire at a Texas elementary school on Tuesday.

Watch Biden's remarks in the player above.

"When in God's name are we going to stand up to the gun lobby?" Biden said at the White House shortly after returning from a five-day trip to Asia that was bookended by tragedy.

With first lady Jill Biden standing by his side in the Roosevelt Room, Biden added, "I am sick and tired. We have to act."

At least 18 students were killed, according to a state senator who said he was briefed by law enforcement, in addition to a teacher.

Just two days before Biden left on his trip, he met with victims' families after a hate-motivated shooter killed 10 Black people at a grocery store in Buffalo, New York.

Subscribe to Here's the Deal, our politics newsletter for analysis you won't find anywhere else.

Thank you. Please check your inbox to confirm.

The back-to-back tragedies served as sobering reminders of the frequency and brutality of an American epidemic of mass gun violence.

"These kinds of mass shootings rarely happen anywhere else in the world," Biden said. "Why?"

He directed that American flags be flown at half-staff through sunset Saturday in honor of the victims in Texas.

Vice President Kamala Harris said earlier that people normally declare in moments like this, "our hearts break -- but our hearts keep getting broken … and our broken hearts are nothing compared to the broken hearts of those families."

WATCH: Remembering the victims of the mass shooting in Buffalo

"We have to have the courage to take action … to ensure something like this never happens again," she said.

White House press secretary Karine Jean-Pierre said Biden was briefed on the shooting by deputy chief of staff Jen O'Malley-Dillon and other members of his senior team aboard Air Force One.

Shortly before landing in Washington, Biden spoke with Texas Gov. Greg Abbott from the presidential plane "to offer any and all assistance he needs in the wake of the horrific shooting in Uvalde, TX," White House communications director Kate Bedingfield tweeted. 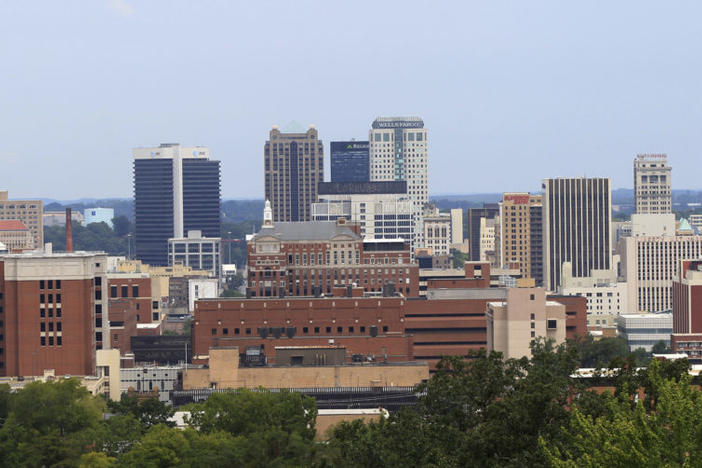 Alabama Gov. Kay Ivey issued a statement late Thursday lamenting what she called the shocking and tragic loss of life. 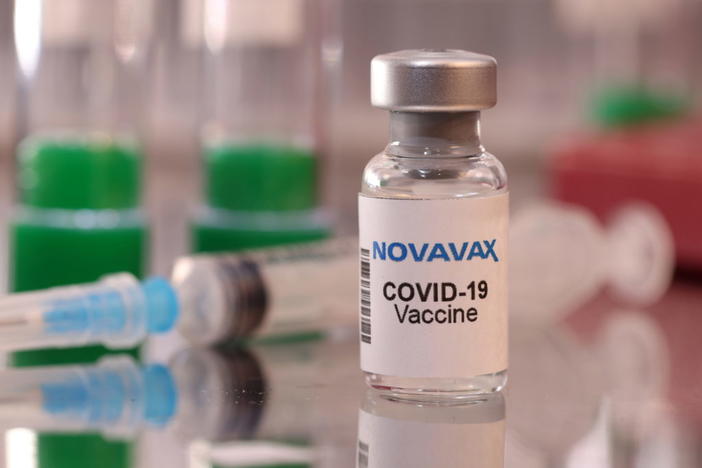 A COVID-19 vaccine that could soon win federal authorization may offer a boost for the U.S. military: an opportunity to get shots into some of the thousands of service members who have refused the other coronavirus vaccines for religious reasons. 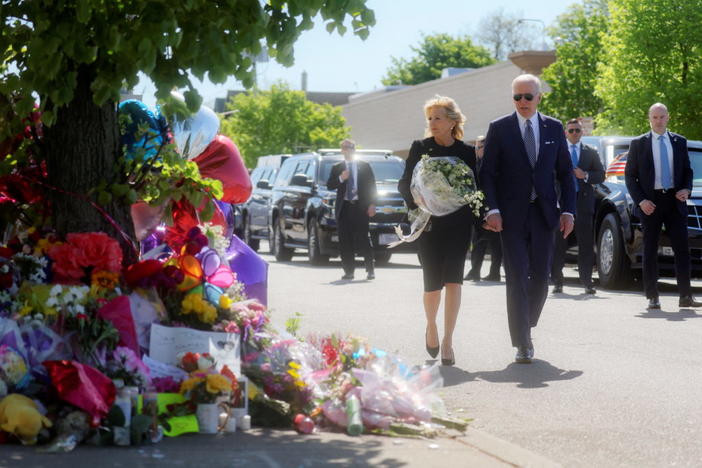 President Joe Biden has traveled to Buffalo, New York, declaring that "evil will not win" in America.