On 'Harry's House,' Styles faces the perils of pastiche 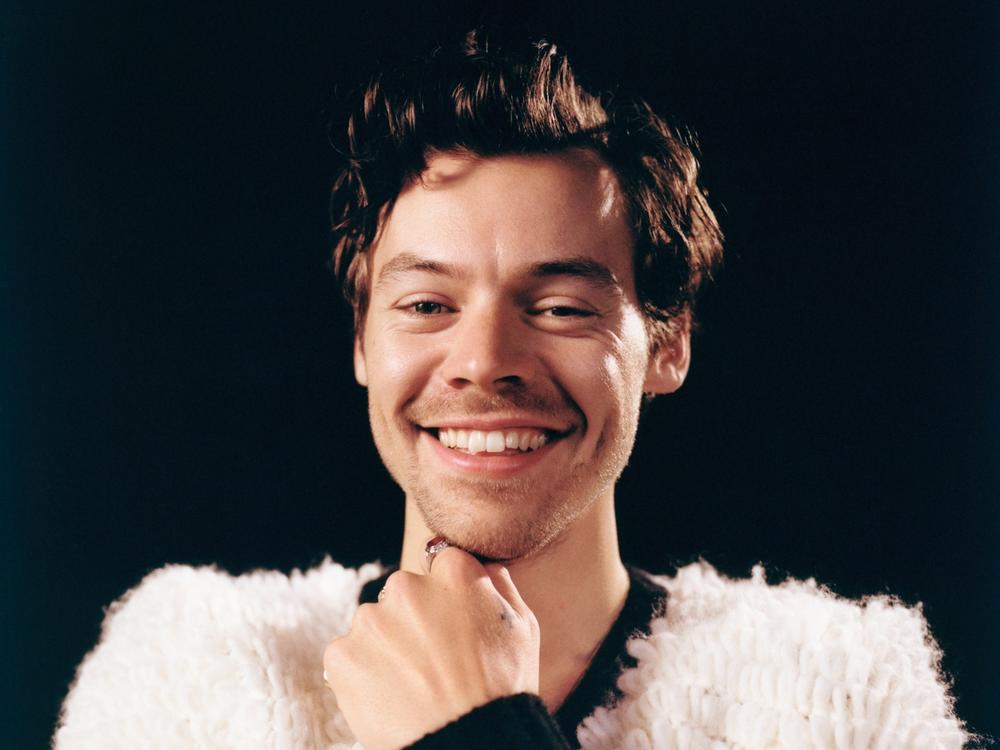 On Harry's House, Harry Styles' moods shuffle from one bassline to the next; the album feels marked by an uncanny collision of influences. / Courtesy of the artist

Sometimes Harry Styles sounds like a bot fed the prototypical Boomer parent's record collection and tasked with writing music for a modern audience — a computer program not creating new sounds so much as mashing pre-existing ones together.

Where his previous two albums explored the whiter sounds of the '70s, from hard rock to Laurel Canyon, on Harry's House Styles is a transmigrator traveling even further afield. At this point, three albums in as a solo artist and over a decade into his career, the unifying sonic theory of Harry Styles lies not in a specific era, but in the overall practice of a proficient but unadventurous musical pastiche.

On Harry's House, Styles' moods shuffle from one bassline to the next, from the joyous, tight-harmonies of horn-led, feel good funk-lite "Music For a Sushi Restaurant" and "Daydreaming" to the mellower, mid-tempo bounce of "Late Night Talking" and churning guitars of road song "Keep Driving." Styles also seems to have discovered some of the effects pedals and vocal processing filters that powered the listless, disaffected indie-rock soundscapes of the last 15 years. These elements insert a subtle sense of unease on the otherwise breezy tunes on Harry's House.

These are choices that shouldn't all work in one album. And yet, while not every experiment sounds like a perfect success, there's a certain inevitability that repeated listens will dissolve any initial cognitive dissonance. But the danger of borrowing and blending signature elements from genres and eras is to divorce them from the artistic risks they could represent to their originators, people who often pushed themselves to the point of innovation to express an ever-uncommunicable state of feeling. Inside Harry's House, nothing feels all that new or urgent, good or bad.

If a Styles song can be characterized by the uncanny collisions of influence in his pastiche, then it's also marked by a lackluster lyricism. In particular, women should fear their flattening in Harry's hands. Once the groove of the front-loaded third of the album (a classic One Direction strategy that holds true on his past two releases) dissipates, his weakness as a lyricist is all the more obvious. From the uncomfortable sexual description of "Cinema" ("You pop when we get intimate") and the substanceless "Boyfriends" ("They don't know, they're just misunderstanding you" he croons without illuminating what about a woman might be worth knowing) to the transactional love "Daydreaming" ("She said, 'Love me like you paid me' "), Styles fantasizes about women a lot more than he engages with them as people.

Take "Little Freak" as an example. "I was thinking about who you are / Your delicate point of view," he sings mournfully on the chorus in between verses about a probable absinthe trip and a Halloween party, both more vividly rendered than the woman he's pining for, who gets described primarily by how she looks ("Tracksuit and a ponytail / You hide the body all that yoga gave you.") If this is a reflex to shield the people in his life from any identifying details, its consequence is also to obscure whatever animated him to write the song in the first place.

Unlike on Fine Line's "She" when Styles sings about a drug-induced meltdown over imagining his girl in someone else's bed, he's determined to tell us that he doesn't care where she is or who she's with on "Little Freak." Styles often shies away from exploring his possessive nature — or indeed, any petty or immature behavior — in anything other than offhand, past tense ruminations. It's a frustrating tendency from a guy who idolizes the songwriting of a woman who cursed her ex-lover to never know peace from the sound of her voice. Stevie Nicks knew you could still love someone you'd rather hate; Styles often gives up before articulating the same emotional complexity, even as he leans on the sound Fleetwood Mac popularized.

Or take "Matilda," an allegorical ode to found family played in a fingerpicked, Laurel Canyon-style, as a counterpoint. Styles has said he was careful not to speak for the woman he wrote the song about, but to make space for her experiences. With sweetly sung lines about a little girl trying to fly away from her childhood on a bike like in E.T., the result is one of the strongest songs on Harry's House from a storytelling perspective that only highlights how the rest of his writing about women is so firmly seated in the camp of object, not subject. Notably, this is the only song on the album in which a woman serves as co-writer.

This overall simplicity wouldn't matter so much if Styles himself didn't sometimes speak with startling clarity on being vulnerable to a spectrum of emotion. "I think sometimes, with therapy as an example, you open a bunch of doors in your house that you didn't know existed. You find all these rooms you get to explore," he said in an interview with Zane Lowe. "And in a time in which it would be easier to emotionally coast, you can no longer do that because you know the room exists. The scale is just widened and you feel everything that's bad so much harder; you feel the good moments so much harder." Clearly, his intention is to mine these depths in his songs, but the results are lacking in most of the work.

What could sell these ideas where the writing fails is an outstanding vocal performance. Styles has proven capable of that before: His debut solo single, "Sign of the Times," was an enormous ballad that ultimately didn't attempt to say much more than "seems bad out there, huh?" but at least served as a vehicle for the full stretch of his voice. But on Harry's House, Styles often sounds unsure of himself. While capable of matching the energy of the album's bigger, poppier arrangements, he flounders when they drop out, such as the bridge of "Matilda," which attempts to ramp up in intensity but is inhibited by a cracked falsetto, or the verses on "Cinema," which convey none of the joy such unexpected chemistry elicits. A voice that once brought an element of grit to One Direction is now the safest thing about these songs, with the rare glimpse of his vocal capabilities tucked away in overdubs ("Cinema," "Daydreaming"). In those 1D days, Styles was singing like the rent was due; these days, he sings like someone who hasn't had to worry about money in a long time.

In terms of commercial and chart success, it's clear that his formula works just fine: Styles' first two albums debuted at No. 1 on the Billboard 200 album charts, and Harry's House is predicted to do the same — plus, lead single "As It Was" has spent seven weeks at No. 1 on the Billboard Hot 100. To those for whom Styles is a source of uncomplicated entertainment, to music streamers who just discovered "Dreams" on TikTok and now want the Spotify algorithm to queue up 30 more just like it, to anyone making a summer playlist of feel-good music: Styles has certainly cornered himself a chunk of the market.

By the third album in a career this consistent, an audience should have a pretty good idea of who an artist is and what they're capable of doing. Styles has shown himself capable of making perfectly serviceable, pastiche-driven pop songs designed to boost any mood. But Styles' shortcomings as a songwriter to communicate the vibrancy of his own experience hold him back from evolving into the respected artist and songwriter he's expressed a desire to become, worthy of standing in Tom Petty's shoes or being imitated in 50 years by the next former boybander who wants to channel an established canon of music history on his debut. The idea of him writing the kind of artistic statement song in the vein of the rock legends he loves seems far out of reach for him at present. If Styles is a student of music as well as a fan, he's one with a cadre of preeminent professors not yet moved to greatness himself. But those are the perils of pastiche: In paying such deep homage to his idols, Styles is smothering his own vision, if it yet exists in any purposeful way. 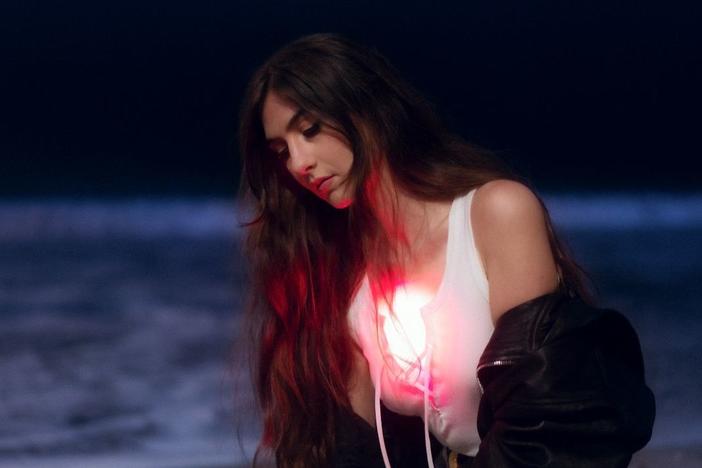 The personal apocalypse of Weyes Blood's 'And In The Darkness, Hearts Aglow'

The singer-songwriter's fifth album is an ecosystem of intimacy, in its power to redeem and to destroy. 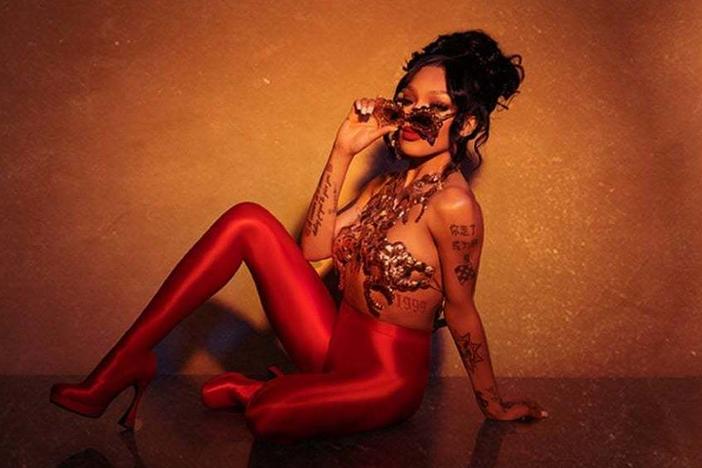 GloRilla is finding her voice

Though it feels like a mere sample of what's to come, the Memphis rapper's new EP presents her as a singular talent using her instrument as a megaphone for provocation and inspiration. 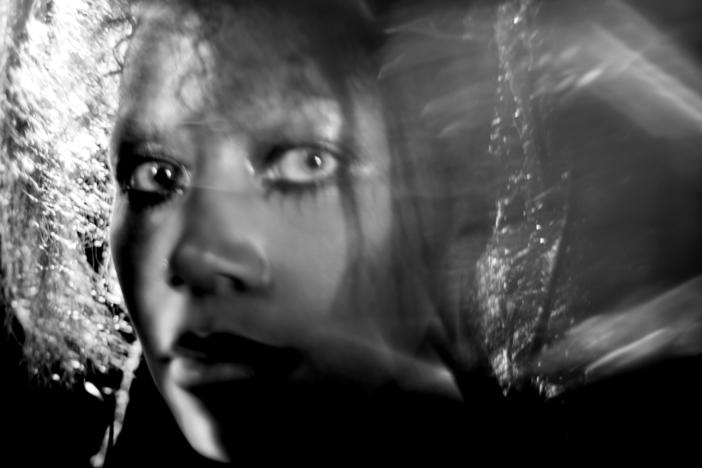 On the startlingly direct Spirituals, and in headline-grabbing rebukes of music's trickle-down economy, Santi White is what she's always been: a forward-thinking alternative to pop's here and now.