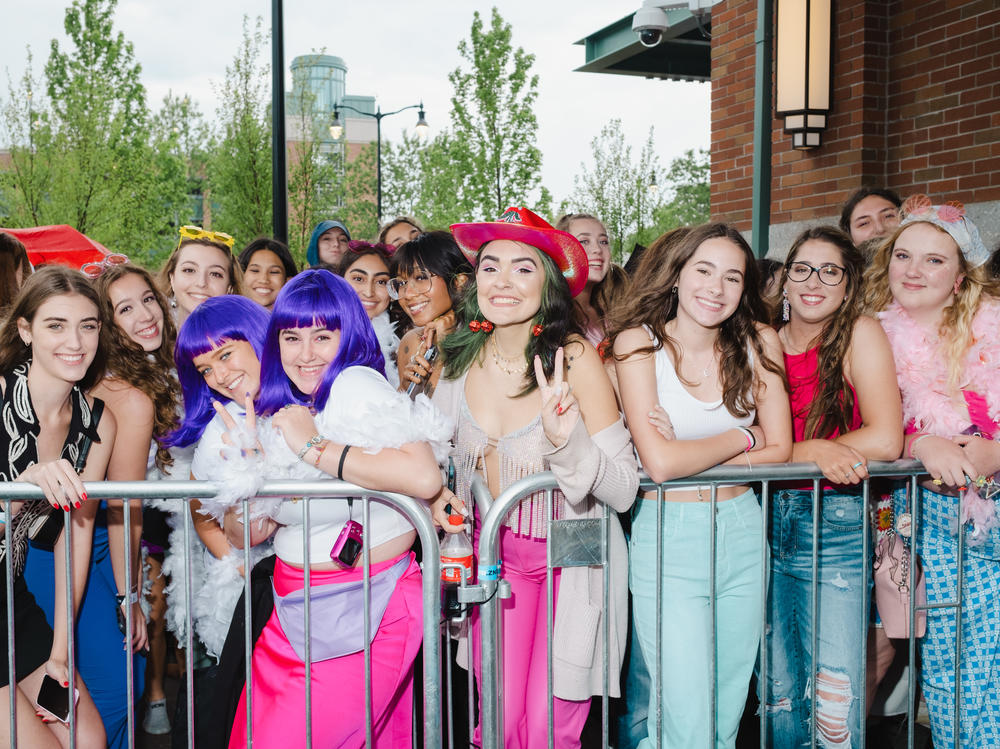 Elmont, New York (UBS Arena) May 20, 2022: Fans gather from around the world to see pop star Harry Styles perform at the UBS Arena on Friday afternoon. / Lanna Apisukh for NPR

Harry Styles is on top of the world right now and his biggest fans are following along for the ride.

To celebrate the release of his latest record Harry's House, Styles put together an exclusive "One Night Only in New York" concert at UBS Arena in Elmont, N.Y. It was the first time that Styles performed the entirety of his new album, on the same day it dropped on streaming platforms.

Thousands of fans from across the globe headed to Long Island for the event, some traveling from places as far as Canada, Ecuador and Argentina, sometimes even without tickets, just for the chance to catch the event. And though Styles is set to tour Europe and Latin America later this summer, along with a series of residencies at major North American concert venues in the fall, many fans have chosen to make the pilgrimage to Long Island for this specific performance. 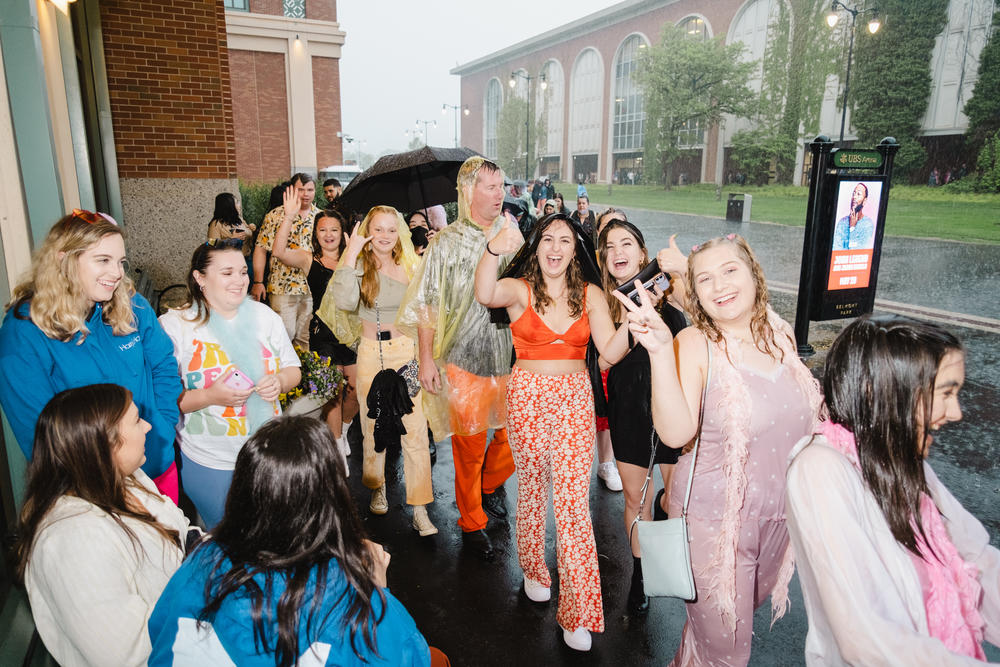 Despite the rain, fans remained in good spirits as they gathered from around the world to see Harry Styles. / Lanna Apisukh for NPR

For Nikki Shomali, 16, an eight hour drive from Toronto, even without tickets to the show, was worth the risk for a chance to see Styles, especially after the pandemic robbed Shomali and friends of a chance to see his last tour. "We've been Harry fans for like a really long time, and we've always wanted to be able to see him in a show," says Shomali. "So this is like a once-in-a-lifetime opportunity."

For Domenica Celleri, 19, the opportunity to see Styles outweighed the risks of traveling all the way from Ecuador without having a ticket to the show. "This album is another level for Harry ... and to be one of the first to be at 'One Night Only' is a priority for me," Celleri said. "I've been a fan of his since he was in One Direction. And I want to keep growing up with him." Luckily for Celleri, she secured tickets the night before the show.

Maria Sherman, author of Larger Than Life: A History of Boy Bands from NKOTB to BTS and NPR Music contributor, says that attending live performances is an essential part of being a fan of Styles, or "Harries," as they call themselves. "With Harry shows, people were consistently making the trek, a lot of the time flying out to see him at The Forum in Los Angeles or Madison Square Garden in New York because they wanted to feel like they were participating in a milestone performance," Sherman says.

While the glittery outfits and shimmering, pop veneer Styles plays with may seem superficial, a lot of his fans are drawn to his political messaging. "He's made it a point to gesture towards socially and politically progressive ideologies that, you know, are historically forbidden in the boyband space, usually for fear of isolating an audience," Sherman says. "It sort of allows fans to use their fandom to also enforce or at least relate to the things they care about most deeply, in terms of identity and their community." 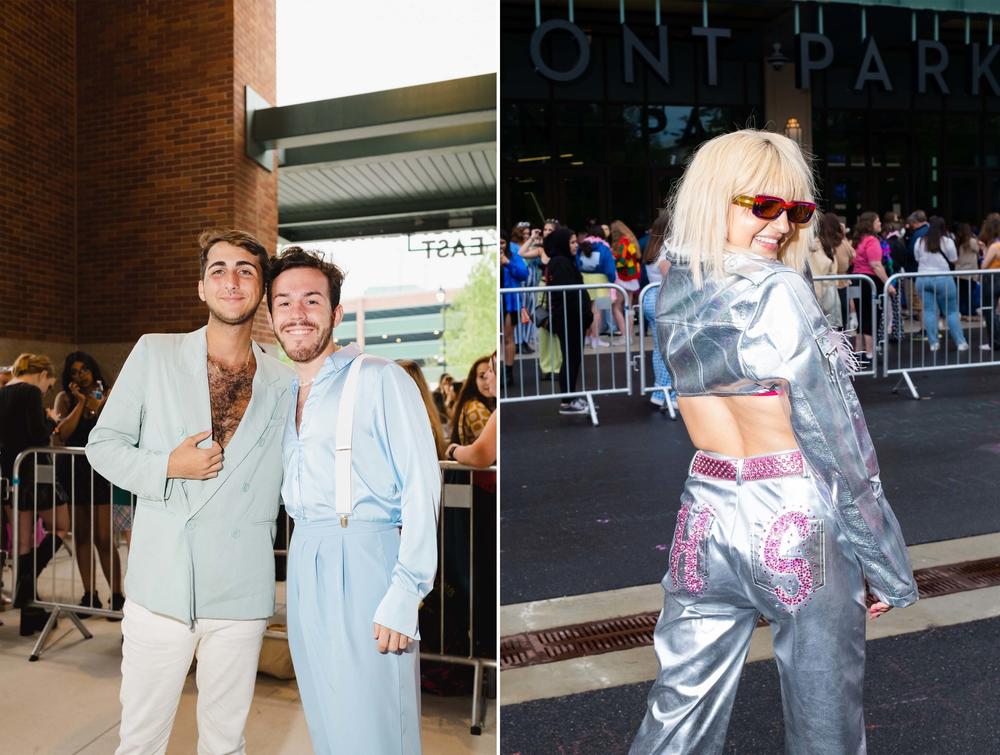 Left: Matthew Slowey and Garett Reed waiting outside the UBS Arena. Right: Abbi Dicenso sporting a custom outfit with the letters "H" and "S" on the back of her pants to celebrate her love for Styles. / Lanna Apisukh for NPR 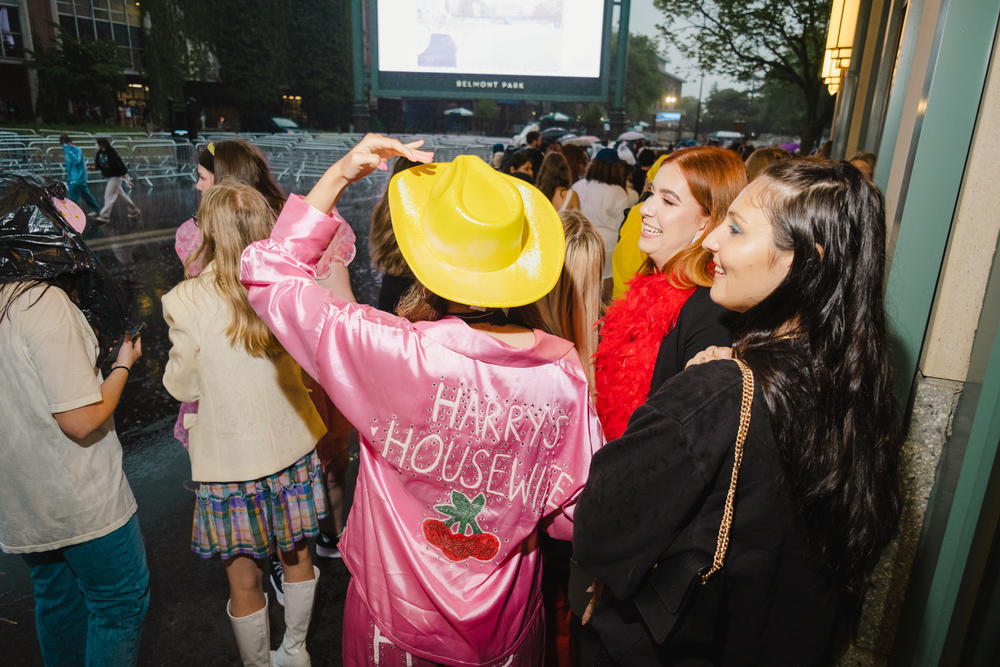 Fans showing their love for Harry Styles with customized pants and tops with the pop star's name. / Lanna Apisukh for NPR

At the concert, Styles began the show with a small speech, encouraging fans to "be whoever it is that you've always wanted to be." During his gripping performance of "Sign of the Times" he took both a Ukrainian flag and a Pride flag from fans, wearing both throughout the song. For fans, it's small gestures like these that make them feel seen for who they are and what they believe in.

For Giselle Roca, 25, a Harrie from Miami, these kinds of gestures have helped her become more self-assured. "I accept myself and am not afraid to be me because he's so unapologetically himself that he's kind of taught me to do the same and not be scared," Roca says. "I feel like I would honestly love to one day meet him and just say thank you just for everything that he did for me in the last 11 years of my life as a kid, as a teenager, as an adult now." 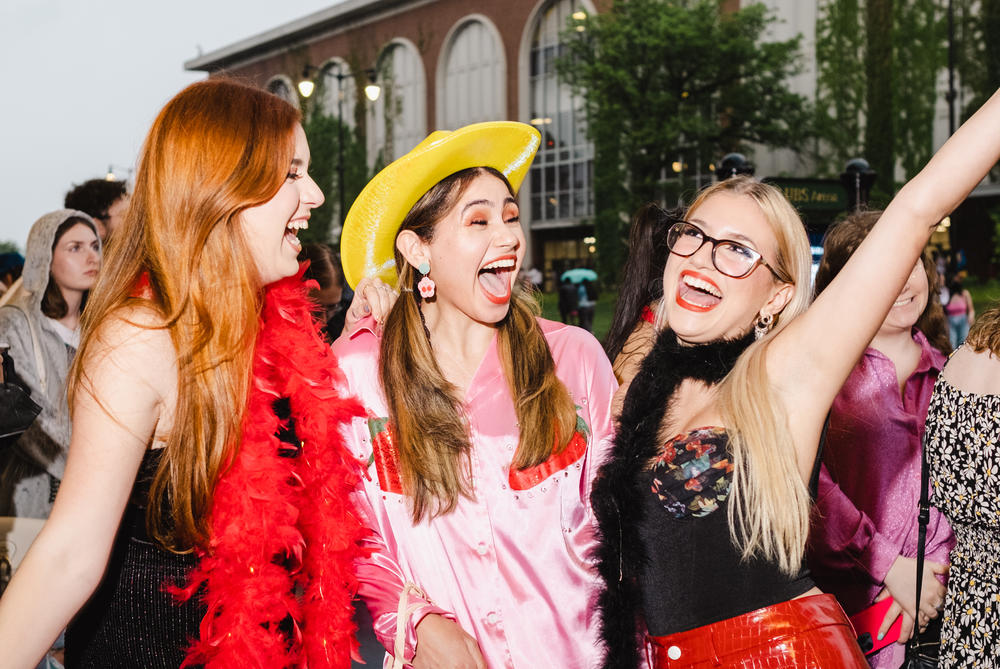 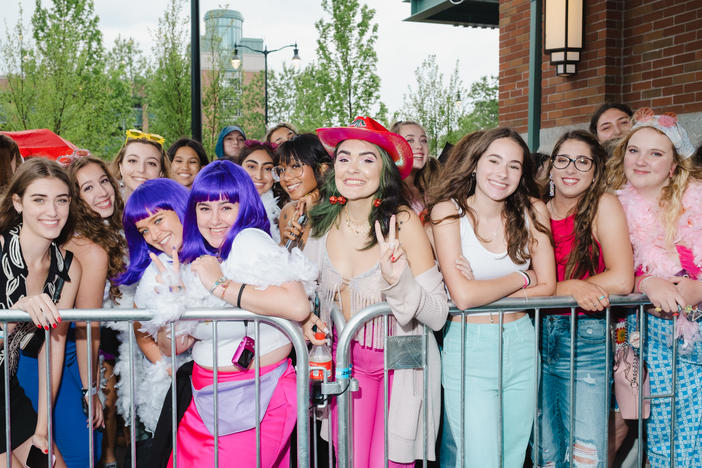 Thousands of fans traveled to see the pop star perform. 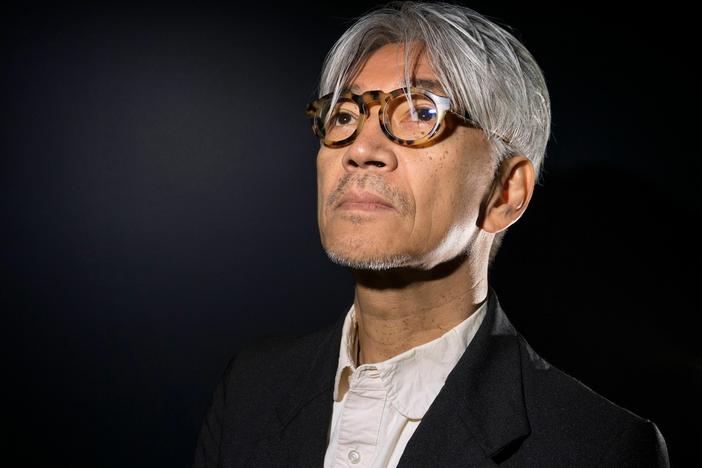 As Ryuichi Sakamoto returns with '12,' fellow artists recall his impact

The composer has been lauded for decades over his deeply affective music; director Alejandro González Iñárritu, composer Hildur Guðnadóttir and more join us to explain why. 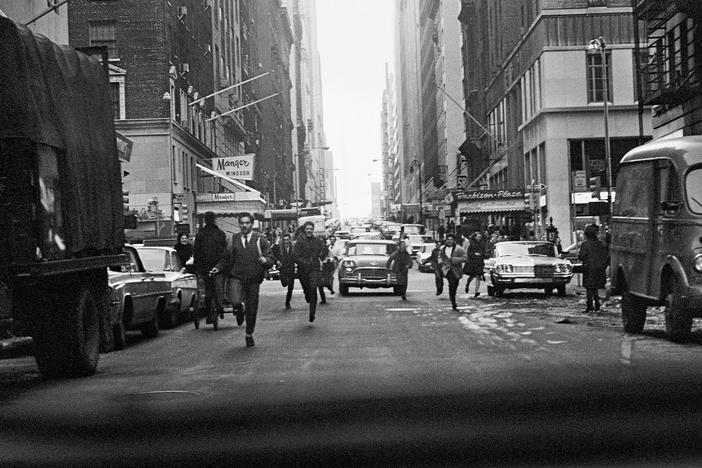 For the Beatles-obsessed, here are 3 never-before-seen photos from 1964

When the Beatles embarked on the tour that helped launch the British Invasion in 1964, Paul McCartney had a 35mm camera on hand to help document the history-making mayhem.