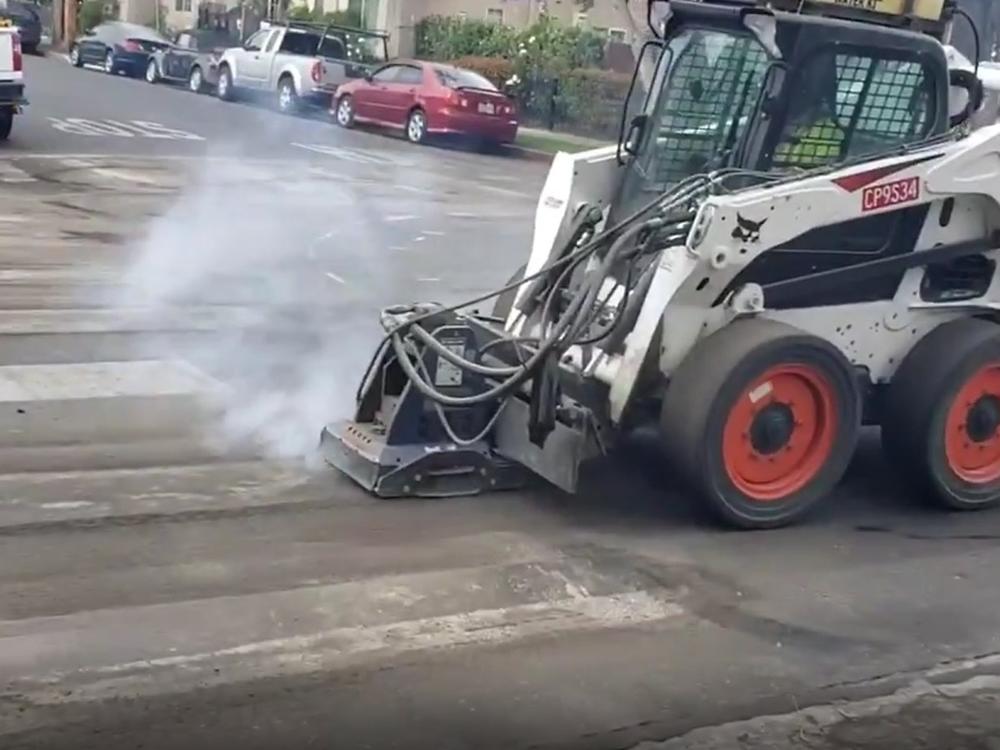 The illegal crosswalks remained untouched for weeks, but on Friday Los Angeles city workers were on site steaming them away.

The set of four crosswalks popped up at a busy residential intersection in March, allegedly painted by a secretive group that calls itself Crosswalk Collective LA. At the time, the group told NPR they were tired of waiting on the city to make what they said are much needed improvements for pedestrians. So they DIY'ed it, taking matters into their own hands.

Still, they also knew this day would come. The city has a policy in place to remove any unauthorized installations.

City officials say they're actually clearing the way for a better and safer intersection.

"This location is also the site of a planned traffic circle as part of [Los Angeles Department of Transportation's] Slow Streets program which is being installed today," LADOT spokesman Colin Sweeney told NPR.

Workers on site will work throughout the day to install "an all-way stop with a traffic circle designed to slow cars traveling through the neighborhood improving safety for people walking, biking, and traveling by other modes," he added.

Sweeney also noted that there are no records indicating that any requests for improvements to the street corners had been formally submitted to the city. Additionally, city councilman Mitch O'Farrell's office also reviewed its records at the request of NPR. They found no prior requests for crosswalks either.

"It should be noted that LADOT has been designing and planning this traffic circle since last year," Sweeney said in an email, adding that residents who wish to see safety improvements within their neighborhood should make request directly to their city council office or to their local LADOT district engineering office.

Quam Odunsi, who lives nearby, was thrilled to see the mystery crosswalks suddenly appear.

"We wanted it, we needed it, and it's been keeping us safer," Odunsi told NPR, adding, "Cars just fly through here."

Odunsi said residents have been calling on the city to also install a speed bump, but claims the city has been unresponsive.

"But now that the area is getting gentrified," he said, "that's the reason stop signs and other things are being put in."

While the city was busy with this project, Crosswalk Collective LA said it was busy too. This time, installing an new set of unauthorized crosswalks on the intersection of Rosemont Avenue and Marathon Street.

"While the city was removing our crosswalks at Romaine & Serrano, we painted one that was requested April 11 by a resident through our request form," the group tweeted on Friday.

Crosswalk Collective LA has been calling on residents across the Los Angeles sprawl to submit proposals through an online form for intersections in need of crosswalks. They have also provided DIY instructions for those who want to paint their own. 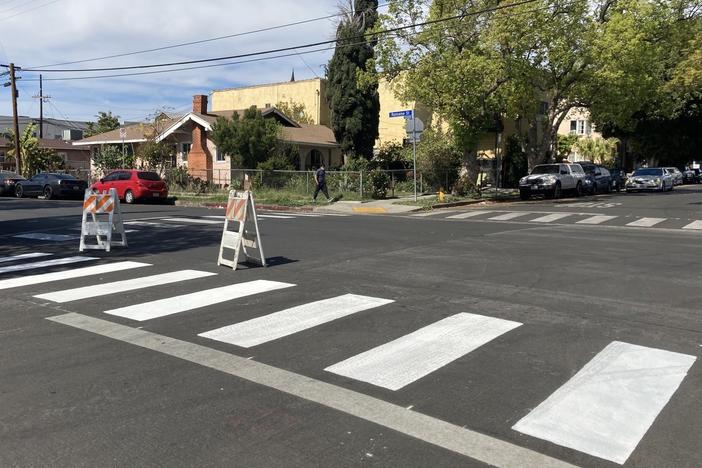 "We've been met with delays, excuses, and inaction from our city government," says the Crosswalk Collective LA. Now, the group has taken matters into its own hands and hopes to spread a DIY message. 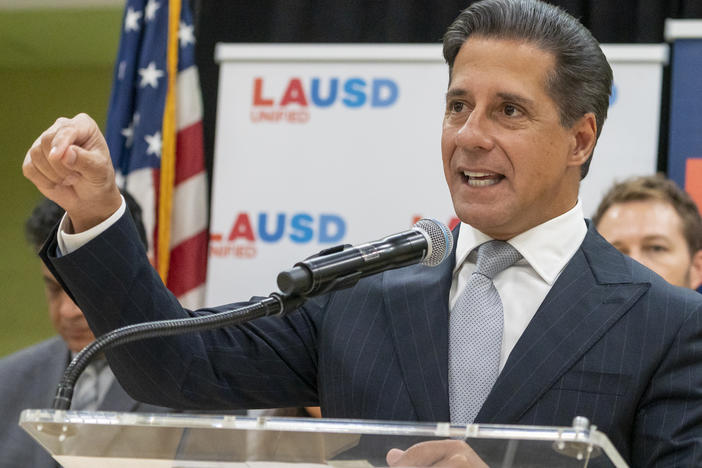 A cyberattack hits the Los Angeles School District, raising alarm across the country

The ransomware attack on the country's second-largest school district sounded alarms across the country, from urgent talks with the White House and the National Security Council. 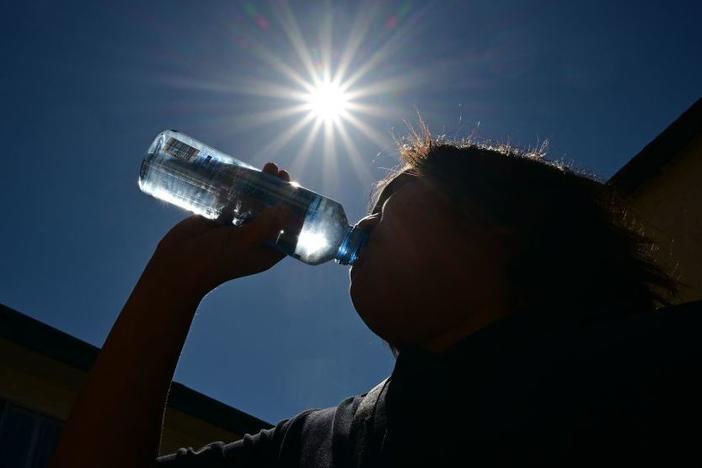