McConnell defends Supreme Court on abortion, says impact will be 'a wash' in midterms

Senate's top Republican says the Supreme Court's role is to protect basic rights, even when majorities are in favor of something else. "That happens all the time."

The leaked draft opinion from the Supreme Court overturning Roe v. Wade has put Senate Minority Leader Mitch McConnell in the spotlight. He's credited with installing the conservative majority on the high court. And if his party wins control of the House and Senate this November, he's signaling Congress could vote on further restrictions on abortion.

McConnell talked about this and more in a wide-ranging interview with NPR's Deirdre Walsh today on Capitol Hill. That's where Deirdre joins us from now. Hi, Deirdre.

FLORIDO: If this leaked opinion ends up becoming the actual opinion, it would put the Supreme Court out of step with most Americans, who say consistently in polling that they support some right to abortion access. What did McConnell have to say about this?

WALSH: Well, he said it really wouldn't be the first time that the Supreme Court and American public opinion weren't in sync. He pointed to a case from 1989 when the Supreme Court struck down a Texas state law banning burning the United States flag. The court held then that burning the flag was protected speech. Here's what McConnell said.

MITCH MCCONNELL: If you took public opinion polls on that issue, people would overwhelmingly support a legislative prohibition of flag burning. But the Supreme Court interpreted that as a violation of First Amendment freedom of speech. So for the Supreme Court to - on any issue to reach a decision contrary to public opinion is exactly what the Supreme Court is about; it's to protect basic rights even when majorities are in favor of something else. It happens all the time. So I don't think that's particularly unusual.

FLORIDO: Given this division that he's describing, though, is he worried about how the court will be perceived among the public?

WALSH: He is. I mean, there is declining public trust in the high court. But McConnell deflected that his party had anything to do with it and instead pointed at Democrats. Here's what he said.

MCCONNELL: It's no wonder that by politicizing the Supreme Court like the political left has, including the Democratic leader of the Senate, it would affect their approval ratings. That needs to stop. The president, who knows better, set up a commission to study the composition of the court. The Supreme Court is not broken and doesn't need fixing.

FLORIDO: Deirdre, Democrats are retooling their message for the midterms and predicting that abortion could be a big factor. What did McConnell say about the potential fallout at the ballot box?

WALSH: He did acknowledge that it would be an issue in many races, especially at the state level. But he sort of downplayed what would happen in congressional races. Here's what McConnell said about that.

MCCONNELL: I think we'll find out what kind of an impact it is. I think one thing for sure - if this becomes the final decision of the court - and by the way, it may not. I mean, we're talking about a hypothetical here. I've got three former Supreme Court clerks in my conference here in the Senate. They tell me the first draft is almost never where they end up, but we'll see.

In terms of the politics of it, if, in fact, this becomes a final decision, I think it will be certainly heavily debated in state legislative and governor's races because the court will have, in effect, returned this issue to the political process. My guess is, in terms of the impact on federal races, I think it's probably going to be a wash.

FLORIDO: Well, both anti- and pro-abortion rights activists say that McConnell is the architect of the conservative majority on the Supreme Court. What did he tell you about whether this is something that he was aiming to do? Was this one of his goals?

WALSH: McConnell maintains that's not what this is about. He says his interest in the movement goes back decades to when he was a staffer for the Judiciary Committee during the Nixon administration and to when he met Antonin Scalia and Robert Bork, two leading conservative legal figures, while working at the Ford Justice Department. He said his work was focused on a notion that Scalia stressed - judges should interpret the law using the original intent of the framers of the Constitution. Here's how he talks about Scalia.

MCCONNELL: He ended up basically founding the Federalist Society while he was a professor at Chicago Law School, which developed a network of people who basically viewed him as the leader of the movement in the direction of trying to get judges back to making decisions, by and large, on what the Constitution and the laws seem to require. In fact, one of his most, I thought, famous comments was, you're not a very good judge if you're not occasionally unhappy with the outcome you reach because it's not really your personal opinion.

FLORIDO: Deirdre, it's worth noting that three of the justices now on the court were appointed by former President Trump. McConnell was instrumental in getting those justices confirmed. They're justices who, in theory, would be signing on to this draft opinion overturning Roe v. Wade. What did he say about that?

WALSH: He really downplayed Trump's personal involvement. And instead, he pointed to sort of joining and coordinating with Trump's White House counsels, Don McGahn and Pat Cipollone, and saying that they were really the key to the nominations and confirmations of those three now-Supreme Court justices, Neil Gorsuch, Brett Kavanaugh and Amy Coney Barrett, and broader conservative justices on the lower courts. McConnell suggested Trump really wasn't involved in the process. Here's what he said.

MCCONNELL: Well, I think he took good advice. Honestly, he was not familiar with this issue at all. But as I have said - I'll repeat again - he had two good White House counsels in a row who took recommendations in to him of people of like mind who came out of the Federalist Society network around the country. And so it was like a farm team of potential judges. And he deserves credit for signing off on them. I don't think he fundamentally knew much about this before he got elected, but I give him credit for signing off on good recommendations.

WALSH: McConnell was criticized by Democrats for his decision back in 2016 to block President Obama's nominee, Merrick Garland, to the Supreme Court when then-Justice Antonin Scalia passed away. I asked him, if Republicans win back control of the Senate and he becomes majority leader again, would he hold a vote on any future nominees to the high court from President Biden? But Leader McConnell declined to answer that question.

FLORIDO: And we'll have more of Deirdre's interview with Senator McConnell, including what McConnell says Congress can do to help assist efforts in Ukraine, both on Morning Edition and on NPR Politics Podcast tomorrow. 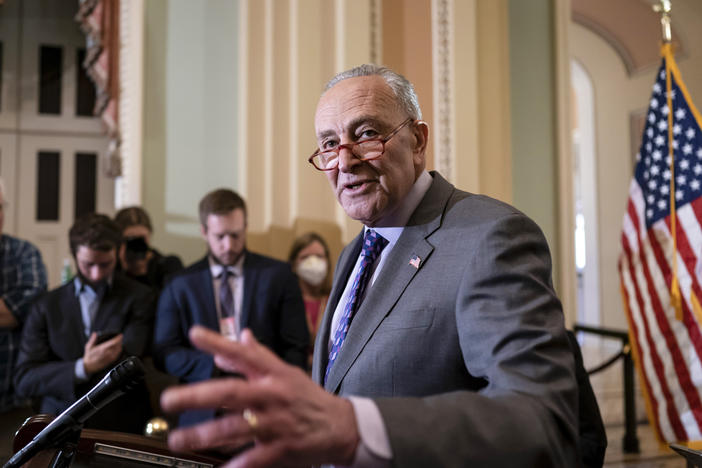 A bill to codify abortion protections fails in the Senate

Senators voted on the Women's Health Protection Act on Wednesday, but, as expected, it did not reach the 60 vote threshold to pass. It failed 49-51. 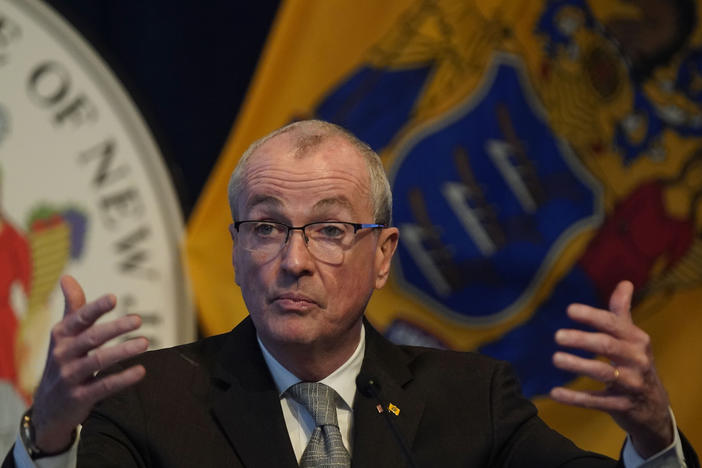 Gov. Phil Murphy sent a letter to nearly 60 businesses suggesting they could expand into New Jersey because the state protects abortion rights. 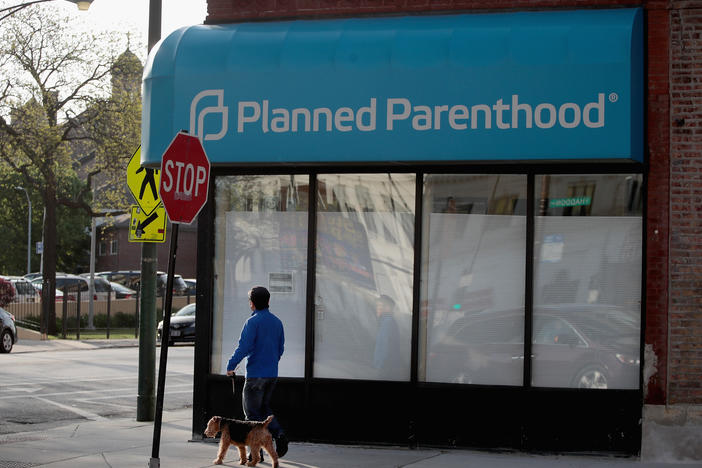 With Roe on the precipice, Americans are having more abortions

New data from the Guttmacher Institute shows the number of abortions rose in 2020, reversing a decades-long trend toward declining numbers.