Today is primary day in Nebraska, and it'll be a test of former President Donald Trump's influence. He's backing a wealthy political outsider seeking the Republican Party nomination for governor. Polls show that candidate is roughly even with his most mainstream GOP opponent. Nebraska Public Media's Will Bauer reports.

WILL BAUER, BYLINE: Two-term Republican Governor Pete Ricketts is term-limited. His pick to carry on his legacy is University of Nebraska regent Jim Pillen.

BAUER: Those kinds of credentials resonate in Nebraska, where agriculture is one of the state's top industries. Pillen has much of the state's establishment GOP support and has raised $8.4 million. But this isn't a typical election cycle in Nebraska.

CHARLES HERBSTER: The Nebraska political establishment has taken control of the state and the Nebraska Republican Party, and they are trying to scare me out of this race.

BAUER: Herbster, an agriculture businessman and major GOP donor for years, hasn't raised a lot of money for this race. Instead, he donated $11.5 million of his own money, and he's hoping Trump's endorsement will win support from Nebraskans like Ann Sobey, one of thousands who came to the rally.

BAUER: But a few weeks before the rally, an independent news site published a story in which eight women, including a state senator, alleged Herbster inappropriately touched or forcibly kissed them. He vehemently denies the charges.

TRUMP: Charles is a fine man, and he's innocent of these despicable charges. By the way, Charles, welcome to politics.

BAUER: John Hibbing is a political science professor at the University of Nebraska-Lincoln and a longtime observer of state politics.

JOHN HIBBING: The question is, are these Nebraska Republicans really going to stick with the Trump candidate even in the face of all these allegations? Or will they cut their losses and go with somebody who is kind of like Trump but not endorsed by Trump?

BAUER: Herbster is suing the state senator who's accused him of groping. She's filed a countersuit. A hearing has been set for next month. Meanwhile, there's a third GOP candidate in the primary who is polling at roughly the same numbers as the other two. State Senator Brett Lindstrom of Omaha is only 41 years old but has the most state government experience in the primary.

BRETT LINDSTROM: The one difference about me that is different than any other candidate that's running in this race is that I'm the only proven tax-cutter that is running for governor on the Republican side.

BAUER: The University of Nebraska's John Hibbing says Lindstrom will likely benefit from the 8,000 Democrats and independents who have registered as Republicans in the last two months. But he also points out that polling by all three candidates show 24% of voters undecided.

HIBBING: I think it's one of the most fascinating races in the country, especially in terms of what it could reveal with regard to the continuing sway of Donald Trump and the Republican Party of a very red state like Nebraska.

BAUER: The winner of today's primary is widely expected to go on to win the general election. The last time a Democrat was elected governor here was 1995. In the last competitive GOP primary, Nebraska's current governor, Pete Ricketts, won with just 26% of the vote.

For NPR News, I'm Will Bauer in Lincoln. 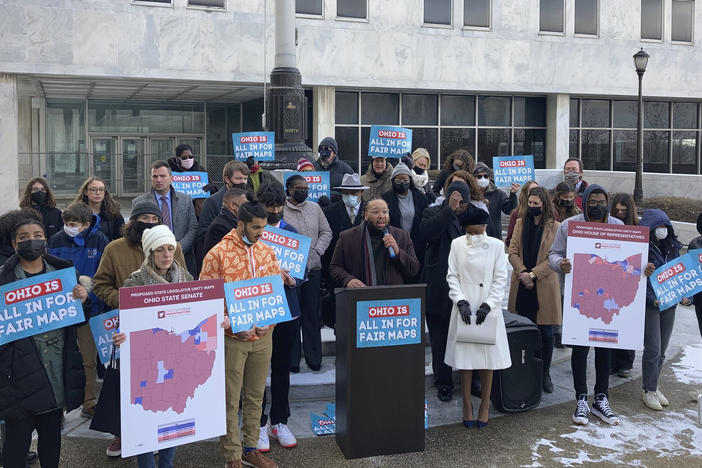 With 6 weeks until Ohio's primary, many voting districts still haven't been decided

The Ohio Supreme Court has rejected legislative maps three times. With weeks to go until the primary, voters don't know who their candidates are and candidates don't know where their districts are. 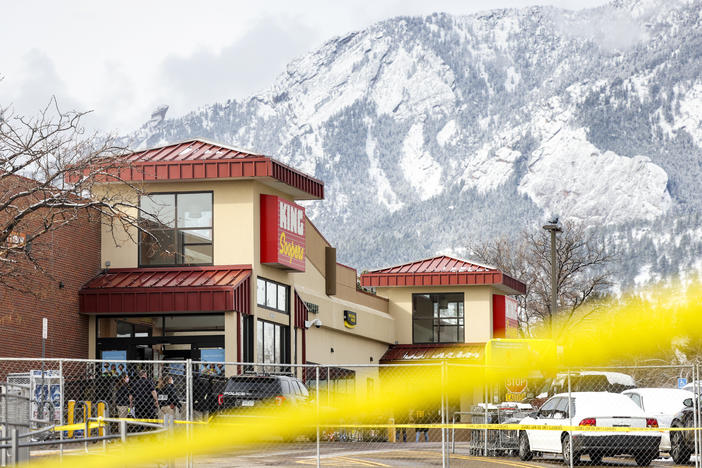 After 10 people were killed at a grocery store in Boulder, Colo., state Democrats say they're considering joining seven other states and D.C. by banning "assault-style" weapons. 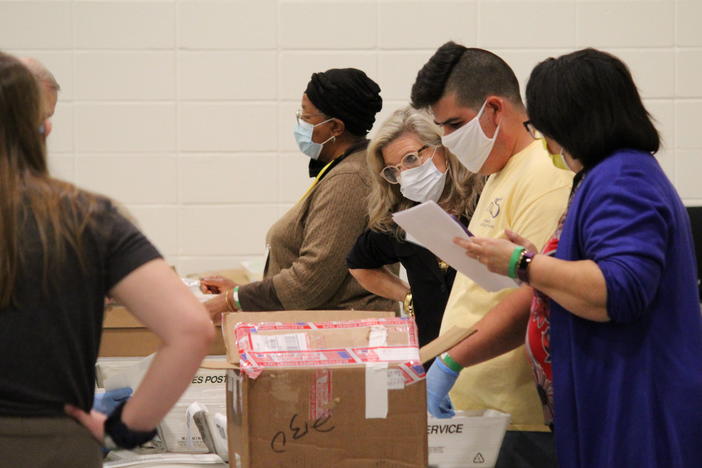 "We don't want to be in a hurry and a rush because we want a very methodical process," said one election official as some Republicans continue leveling unsubstantiated claims of fraud in the election.