The 2022 Pulitzer Prizes in fiction, poetry, drama and other categories in arts and letters were announced in New York along with awards for journalism.

This year's Pulitzer Prizes for arts and letters were announced today. The honors went to a wide range of creators and authors. NPR's culture correspondent Anastasia Tsioulcas gives us the rundown.

ANASTASIA TSIOULCAS, BYLINE: There are seven categories for the performing arts and books at the Pulitzers. This year's prizes included a rare double win in the history category, in two titles that explore very different facets of America's past. Nicole Eustace won for her book, "Covered With Night: A Story Of Murder And Indigenous Justice In Early America." Ada Ferrer's book is "Cuba: An American History."

The winner for biography was "Chasing Me To My Grave" by Winfred Rembert, as told to Erin I. Kelly. In this memoir, the late leatherwork artist from Georgia recalled being arrested after fleeing a demonstration, escaping a lynching and spending seven years on chain gangs.

The general nonfiction award went to Andrea Elliott's "Invisible Child." For almost 10 years, Elliott followed the story of a young girl and her family as they grappled with homelessness. In an interview with Here And Now last October, Elliott, a two-time-Pulitzer winner, described the girl at the center of her story.

ANDREA ELLIOTT: From the very beginning, I felt just so drawn to Dasani because of her ability to articulate not only the injustice of her life, of being - living in this way, in this mouse-infested shelter, and being forced to wake up every morning in these conditions, but then also the promise of her life.

TSIOULCAS: The drama prize was given to "Fat Ham" by James Ijames, a reworking of "Hamlet" with a queer Black Southern college kid at its center. "Fat Ham" begins its official run in New York later this week.

BRENNEN S MALONE: (As Juicy) I think my uncle had my father killed.

UNIDENTIFIED ACTOR: (As character) You got a new daddy.

MALONE: (As Juicy) And now my father wants me to kill my uncle.

TAYSHA MARIE CANALES: (As Opal) Man, you ain't going to kill nobody.

MALONE: (As Juicy) I could.

TSIOULCAS: In the fiction category, author Joshua Cohen won for his novel "The Netanyahus," which is subtitled "An Account Of A Minor And Ultimately Even Negligible Episode In The History Of A Very Famous Family." And poet Diane Seuss won for her collection entitled "Frank: Sonnets." In an interview in March 2021 with Literati Bookstore in Ann Arbor, Mich., Seuss described how she'd settled on the sonnet as her form of choice.

DIANE SEUSS: It allows me to think through ideas of what memory is and how we remember and what is worth remembering and the strangeness of what we remember.

TSIOULCAS: And the Indigenous Dine composer Raven Chacon won for his "Voiceless Mass," a work scored for pipe organ and ensemble. 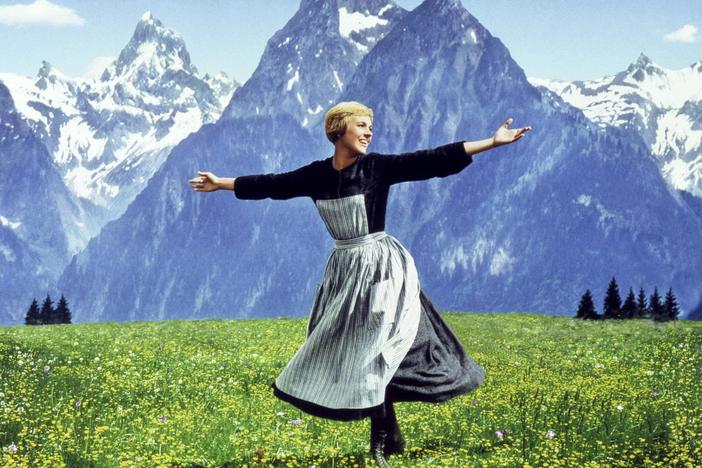 Oh, what a beautiful archive: Oscar Hammerstein's letters reveal his many sides

A thousand pages of correspondence by Oscar Hammerstein II, the lyricist for such musicals as Show Boat, Oklahoma!, Carousel and The Sound of Music are available to a wide public for the first time.

Oh, what a beautiful archive: Oscar Hammerstein's letters reveal his many sides

A thousand pages of correspondence by Oscar Hammerstein II, the lyricist for such musicals as Show Boat, Oklahoma!, Carousel and The Sound of Music are available to a wide public for the first time.