A redrawn Phoenix-area district represented by Rep. Greg Stanton is ground zero for the kind of race Democrats need to win in order to keep control of the House.

To maintain control of the U.S. House this coming fall, Democrats are going to have to defend some districts they used to win solidly, like Arizona's 4th District, where the redrawing of legislative maps may give Republicans an opening. NPR's Deirdre Walsh reports.

UNIDENTIFIED PERSON: We have three...

UNIDENTIFIED PERSON: ...Automated lines here. You can see the various three different products running on each one. We have a melatonin product, a mega-multi-women's product and then a product...

DEIRDRE WALSH, BYLINE: Republican candidate Tanya Wheeless is touring 21st Century Health, a vitamin and supplement manufacturing company based in Tempe, which is part of the new district she's hoping to represent.

UNIDENTIFIED PERSON: ...Up through this cylinder and then down, fed through the machine.

WHEELESS: This reminds me of when I was little. You know, you'd watch, like, "Sesame Street" and they'd...

WHEELESS: ...I'm getting to do that right now (laughter).

WALSH: After the tour, Wheeless sat down with the company's leaders, including CEO Steven Snyder.

WHEELESS: What are the issues that you want me to go to Washington and fight for?

STEVEN SNYDER: My first and foremost, it's immigration.

SNYDER: Why are we playing games with these folks? The people want to come here, and they want to work. We need workers. And, you know, get the politics out of it.

WALSH: Wheeless is one of the six GOP candidates vying to challenge Democratic Congressman Greg Stanton on November's ballot. The primary is more than three months away, but she already has the endorsements of top House GOP leaders. House Minority Leader Kevin McCarthy's super PAC is already pledging resources to help her compete. Wheeless, whose grandparents immigrated to the U.S. from Mexico, says she's a candidate who can help Republicans extend the inroads they made with Hispanic voters in the last election.

WHEELESS: We've got a message that particularly resonates with the Hispanic community, which is about faith, freedom, entrepreneurship.

WALSH: And when it comes to immigration, the debate is less about bringing in workers and more about border security. Stanton, a Democrat, deliberately puts some distance between himself and the president when it comes to the border.

GREG STANTON: I've been critical of this administration for not doing more on getting a modernized immigration system that advances our economy, including immigration reform.

WALSH: Stanton says he has a record to run on, and there are some issues where he stands with the president.

STANTON: We passed the largest infrastructure investment bill in American history in a bipartisan way.

WALSH: But voters here say Democrats in Washington overpromised on what they could get done. Here's Christina Sykes, an independent voter from Mesa.

CHRISTINA SYKES: It reminds me of high school. Like, when there was someone running for class president, and they're like, oh, we're going to give you pizza every day for lunch and Kool-Aid in the water fountains. Show up. Like, you guys are not showing up.

WALSH: Even Democratic voters, like Kelly Knepper from Tempe, feel let down.

KELLY KNEPPER: They don't have anything to show. You have the House, the Senate, the White House. What did you accomplish? I'm still waiting for, like, student loan debt to be canceled.

BRIAN KNEPPER: It feels like almost a foregone conclusion that they are going to lose the House and the Senate as soon as it is possible.

WALSH: Stanton won reelection in 2020 by a wide margin. The district then included more of Phoenix, where he was previously mayor. Now his district has fewer Democrats, and a lot of them are demoralized. But when asked about that, Stanton repeatedly told NPR he wasn't changing his strategy.

STANTON: I'm going to talk a lot about my record because I am a mayor at heart.

WALSH: He pointed to his ability to steer federal money, earmarks in this year's spending bill, to his district.

STANTON: There were some really good ones - water projects for the city of Chandler, helping small business in the city of Mesa.

WALSH: He also touted how Congress sent COVID relief to his constituents.

STANTON: We're going to talk about the work that we did, during the worst pandemic in a hundred years, to support families so they had the resources in their pockets so that they could pay their bills, pay the rent.

WALSH: But Mike Tomlinson from Chandler, who says he's conservative, says the memory of kids kept out of classrooms during the pandemic still stings.

MIKE TOMLINSON: You know, kids lost out on, gosh, 18 months, two years of schooling. I had a son that graduated in 2020, and, you know, there wasn't really a graduation.

WALSH: Republican challengers, like Wheeless, say the way the pandemic was handled is part of the reason voters will move to switch party control of Congress.

WHEELESS: What I'm hearing from people is they're very unhappy with some key kitchen-table issues. My kids were locked out of school. The price of gas has gone up. That ain't good, and I want change.

WALSH: Stanton's strategy is to keep it local and zero in on what he delivered for his district. Republicans want to nationalize the election, make it a referendum on President Biden's record and connect to issues that people feel very personally. 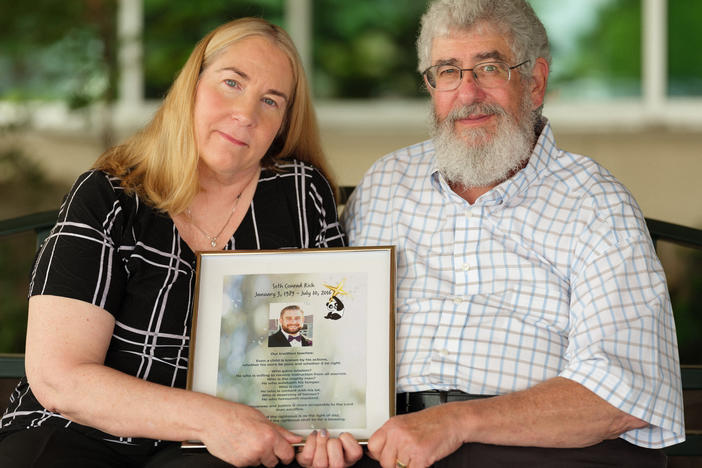 Seth Rich's killing was exploited on Fox News and online. His parents are fed up

Seth Rich's killing brought incalculable loss to Joel and Mary Rich. Baseless conspiracy theories on Fox News made it even worse. They're speaking out for the first time since settling with Fox. 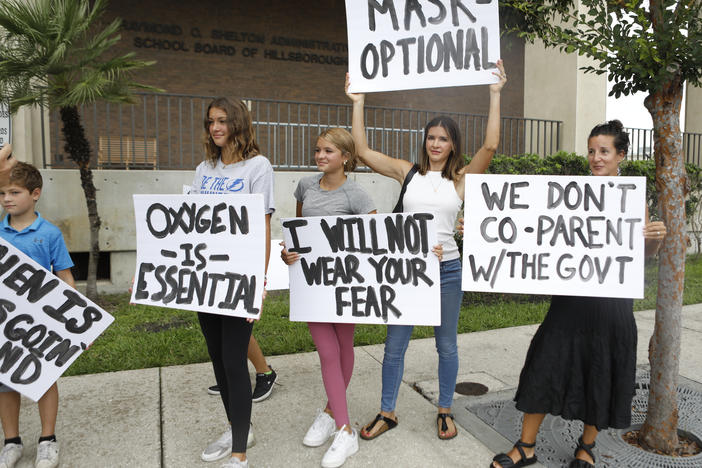 There has been a groundswell of conservative enthusiasm around school politics in the last few years. Progressives are hoping to have their own source of organization to counter that enthusiasm. 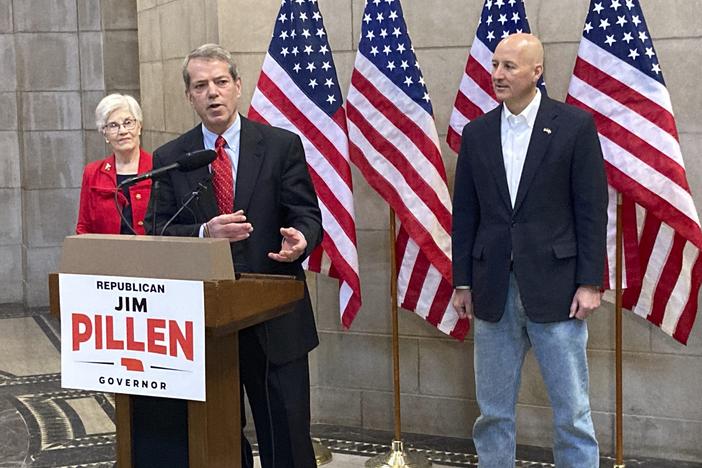