We're entering Coachella's last weekend. The music festival roared back to life last weekend after a two-year pandemic-driven hiatus. NPR's Mandalit del Barco reports from one of the many stages set up on a polo field in the California desert.

MANDALIT DEL BARCO, BYLINE: This year's Do LaB stage is under a 200-by-200-foot-wide tent made of colorful, lightweight triangular fabrics held together with tension wires and cables. As DJs spin pulsating beats and musicians serenade with house, R&B and electronic music, aerial dancers float down from colorful fabrics. It's a shady spot under the hot Coachella sun with water misters to cool off the crowds. Every so often, someone comes on stage to spray the audience with water guns decorated with flowers.

SCOTT WASIERSKI: I love the Do LaB.

PIA HARO: The desert is hot, and they always have moist air. And it's just, like, fun.

WASIERSKI: You know, it's good to be back at Coachella when for so long we've, you know, been just cooped up by the pandemic.

DEL BARCO: At night, laser lights, confetti and streamers enhanced the party mood. And the Do LaB crowd swelled to 10,000. The first weekend's lineup included surprise guests such as the 11-piece techno marching band MEUTE, Rebecca Black and Diplo. Josh Fleming oversees the design and structure of the Do LaB stages, which evolve every few years.

JOSH FLEMING: Our history at Coachella has been very renegade.

DEL BARCO: Fleming's younger brother Dede says they started in 2004. They snuck some speakers into Coachella after hours. One of their DJ friends started spinning music.

DEDE FLEMING: People started coming into our dome and dancing. We were like, wow, how are we getting away with this? No one's stopping us.

DEL BARCO: Then they set up an unofficial art sculpture and a 60-foot geometric dome draped with fabric.

D FLEMING: We look at it today, and we roll our eyes. It was just - you know, that was ridiculous. But it's not just about the visual for us. It was about the experience. So we had this dome, and we built a waterfall fountain out front. It was 110 degrees, and people would just be dying of heat. And we would walk around and hand out trays of sliced orange peels. It was about, come on into our oasis.

DEL BARCO: Josh's twin brother Jesse curates the music at their stages. The 43-year-olds grew up DJing middle- and high-school dances in Pennsylvania. After college, Jesse moved to California to work in TV production. A friend invited him to a rave in the mountains outside LA.

JESSE FLEMING: Somebody gave us some ecstasy. Boom, that was it. I called my brother afterwards and I was like, bro, you got to come out here, and we got to do one of these parties for our birthday.

DEL BARCO: Josh says he followed Jesse to California for just that.

JOSH FLEMING: We got some speakers and a bunch of cheap Christmas lights and paper lanterns, whatever we could get our hands on. And we threw the best party we could in the woods. Every year, we kept doing it, and more people kept coming.

DEL BARCO: DeDe joined his brothers, who began calling their gatherings Lightning in a Bottle. Inspired by Burning Man and Coachella, they quit their TV production jobs to host parties full time. Josh says they convinced their parents to co-sign the lease for a warehouse in downtown Los Angeles. They lived upstairs and threw massive underground dance parties and fashion shows below. In the warehouse, they had an art gallery and rehearsal space for the avant-garde circus troupe Lucent Dossier.

JESSE FLEMING: We were in this really cool time when, like, we're part of this underground Burning Man music scene where all these really talented musicians were, like, coming up at the same time, and we were all kind of part of the scene together.

DEL BARCO: Jesse says they found out the warehouse had once been a meth lab, and they decided to name their group the Do LaB.

JESSE FLEMING: Because we were always doing stuff.

DEL BARCO: But their underground party house got shut down by the police and fire department. Josh says it was a wake-up call.

JOSH FLEMING: So yeah, having been busted actually was a blessing in disguise because it forced us to learn how to be above ground and do proper events so we could grow without being illegal.

DEL BARCO: The Do LaB stages have morphed over the years. And Josh, Jessie and Dede Fleming say Coachella gives them the freedom to create interactive experiences with an underground vibe. Paul Clemente manages the festival's large-scale art program.

PAUL CLEMENTE: It would be hard to imagine Coachella without the brothers involved. They're still doing it all these years later and really have created a whole, very unique vibe and culture and tribe and just an energy that people really want to be around.

DEL BARCO: This weekend, the Do LaB continues its party with The Glitch Mob and others. And in a month, they host their own ongoing festival called Lightning in a Bottle. 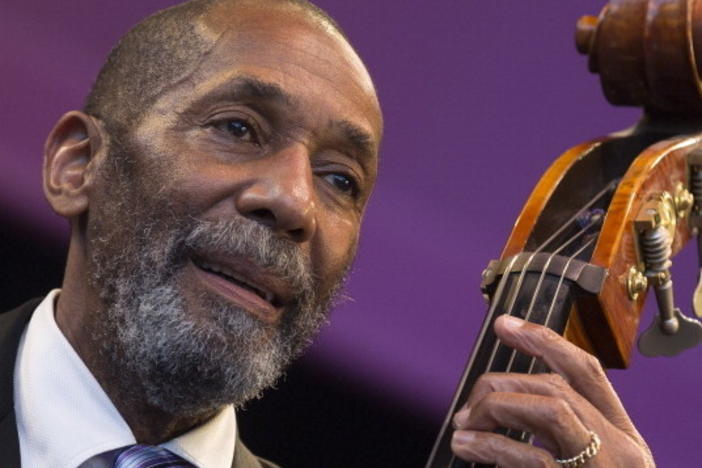 The roster of musicians Carter has worked with ranges from Ornette Coleman to Aretha Franklin, Roberta Flack and A Tribe Called Quest.

The boy band announced their break during a dinner filmed for social media. The group officially debuted in 2013.