For years, most states have reported a shortage of special education teachers. Now, according to federal data, nearly every state is struggling to hire qualified educators. And when schools can't find a licensed teacher, they hire people who are willing to do the job but lack the training. From member station WFYI in Indianapolis, Lee Gaines reports on what that means for students.

LEE GAINES, BYLINE: At the beginning of the school year, when Becky Ashcraft attended an open house at her daughter's school, she was surprised to find there was no teacher in her daughter's classroom - just a teacher's aide.

BECKY ASHCRAFT: And she explained that, well, we don't really have anybody for her, you know, for a teacher as of right now. And so I've just been, you know, checking in every month or so. And no, still not a - no assigned teacher yet.

GAINES: I spoke to Ashcraft in early January. Her 12-year-old daughter attends a school for students with disabilities in northwest Indiana. She doesn't speak. So without a teacher to talk to, it was hard for Ashcraft to know what her daughter did every day.

ASHCRAFT: I wonder what actually kind of education she was receiving. You know, I don't think, you know, just sending home some - a stack of worksheets that, you know, she really didn't do herself indicates that she was getting an education.

GAINES: The school would not confirm to NPR that Ashcraft's daughter had no teacher, but a spokesperson did say the school has used substitutes to provide special education services.

This problem isn't unique to Indiana. Even before the pandemic, 44 states reported special education teacher shortages to the federal government. This school year, that number jumped to 48. To get by, schools in some states are hiring people who are willing to do the job but aren't fully trained. Indiana, California, Virginia and Maryland are among the states that offer provisional licenses to help staff special education classrooms.

JACQUELINE RODRIGUEZ: The Band-Aid has been, let's put somebody who's breathing in front of kids and hope that everybody survives.

GAINES: Jacqueline Rodriguez is with the American Association of Colleges for Teacher Education. She says putting unprepared teachers in charge of classrooms is bad for students, even if those teachers are working toward their special education certification.

RODRIGUEZ: This, to me, is like telling somebody that there is a dearth of doctors in neurosurgery, so we would love you to transition into the field by giving you the opportunity to operate on the people while you're taking coursework at night. Would that make any sense to anybody else?

GAINES: Federal law requires that schools provide students with disabilities with fully licensed special educators. But when schools can't find qualified teachers, they're allowed to hire people who aren't fully qualified, as long as they're pursuing their certification.

SHALETA WEST: First there was clues.

GAINES: Shaleta West had zero teaching experience when she was hired to teach special education at a middle school in Elkhart, Ind.

GAINES: Her district is helping her work toward her certification by paying her tuition at a nearby university. In exchange, West has agreed to work for Elkhart schools for five years. She says she would be lost in this job if it weren't for her university classes and her mentor, who helps with the meetings and complicated paperwork that comes with teaching students with disabilities.

WEST: To be honest, I don't even know if I would have stayed because I knew - I know nothing. I knew nothing. I came in without any prior knowledge to what I needed to do on a daily basis.

LINDSEY BRANDER: We are able to recruit our own teachers and train them specifically for our students.

GAINES: She says it would be great if all the district's special education teachers were fully qualified the first day they set foot in a classroom.

BRANDER: But that's not reality. That's not going to happen. Until we fix some of the structural challenges that we have in education, this is how business is done now. This is life in education.

GAINES: Those structural issues include the high demands of the job and low teacher pay. Desiree Carver-Thomas, a researcher with the Learning Policy Institute, says that can lead to high turnover, especially in schools that serve mostly low-income children and students of color. And when special education teachers leave the profession, the cycle continues.

DESIREE CARVER-THOMAS: Because when turnover rates are so high, schools and districts, they're just trying to fill those positions with whomever they can find - often teachers who are not fully prepared.

GAINES: And the impact of that can go beyond what students are learning.

CARVER-THOMAS: There's a body of research looking at how students with disabilities are subjected to referral to law enforcement, to corporal punishment. That may be more common when teachers don't have the tools and the experience and the training to respond appropriately.

GAINES: Carver-Thomas says the solution to this problem isn't simple. Schools, colleges and governments will have to work together to ensure students receive the education they're legally entitled to. In the meantime, schools and families have to make do.

Halfway through the school year, parent Becky Ashcraft got a piece of good news. As of mid-January, her daughter now has a licensed special education teacher. But even if her teacher was unqualified, Ashcraft would be okay with that.

ASHCRAFT: You know, let them work towards that. That's wonderful. But, you know, I guess at this point, you know, we're happy to take anybody.

GAINES: Ashcraft says a special education teacher-in-training is still better than no teacher at all.

SHAPIRO: And Lee is still with us to discuss her reporting on special education. Lee, hi there.

SHAPIRO: Your reporting touches on a lot of the problems providing special education services right now. What did you learn about some of the solutions that are out there?

GAINES: So the Elkhart school system's grow-your-own special education teacher program is an example of the most common solution I found. There's a similar program in Wisconsin. School districts there have partnered with the University of Wisconsin, Madison, to train more teachers. And Boston University and Boston Public Schools have a program aimed at helping teacher's aides become licensed special educators.

But I do think it's worth noting that for Elkhart, this approach didn't entirely solve their problem. They still have 24 open positions right now. And then there's this rarer type of solution - paying special education teachers more money. That's something that schools in Atlanta, Detroit and Hawaii are doing. My colleague Dylan Peers McCoy has reported that those districts have had an easier time filling special education jobs.

SHAPIRO: If those training and payment policies were widespread, would that fix the special education teacher shortage?

GAINES: I really wish that was the case, but the experts I talked to say special education teachers also need better working conditions. Dylan and I spoke to a teacher who says her school was short-staffed, and she was buried in paperwork, so she routinely worked 12-hour days. And we also talked to a teacher who worked with kids with behavioral challenges. She said she was repeatedly injured by her students, and she didn't feel supported by school administrators. So all of these issues - pay, training and working conditions - will have to be addressed.

SHAPIRO: That's Lee Gaines of member station WFYI in Indianapolis. Thanks for your reporting. 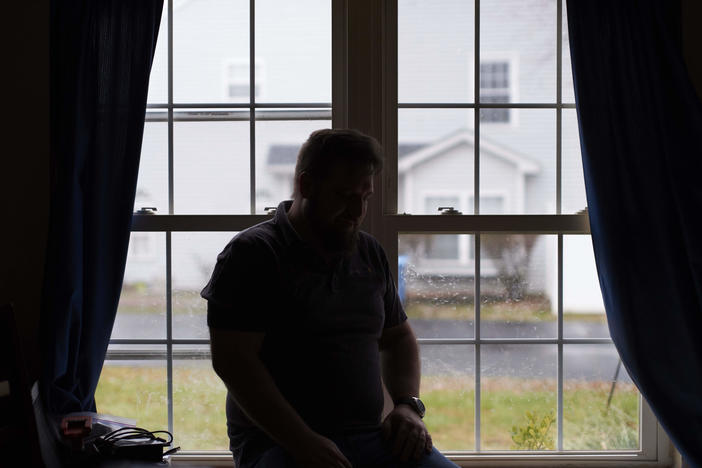 Education Dept. Restores Debt Cancellation For Some Borrowers With Disabilities

Monday's announcement comes after thousands of borrowers with disabilities had their federal student loans erased, then handed back to them during the pandemic. 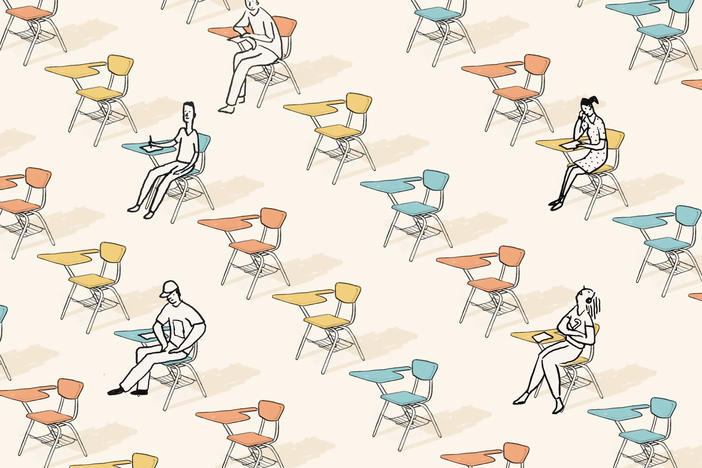 The college enrollment drop is finally letting up. That's the good news

The bad news: Colleges are still seeing enrollment declines, and they haven't made up any ground after the pandemic's dramatic drops.