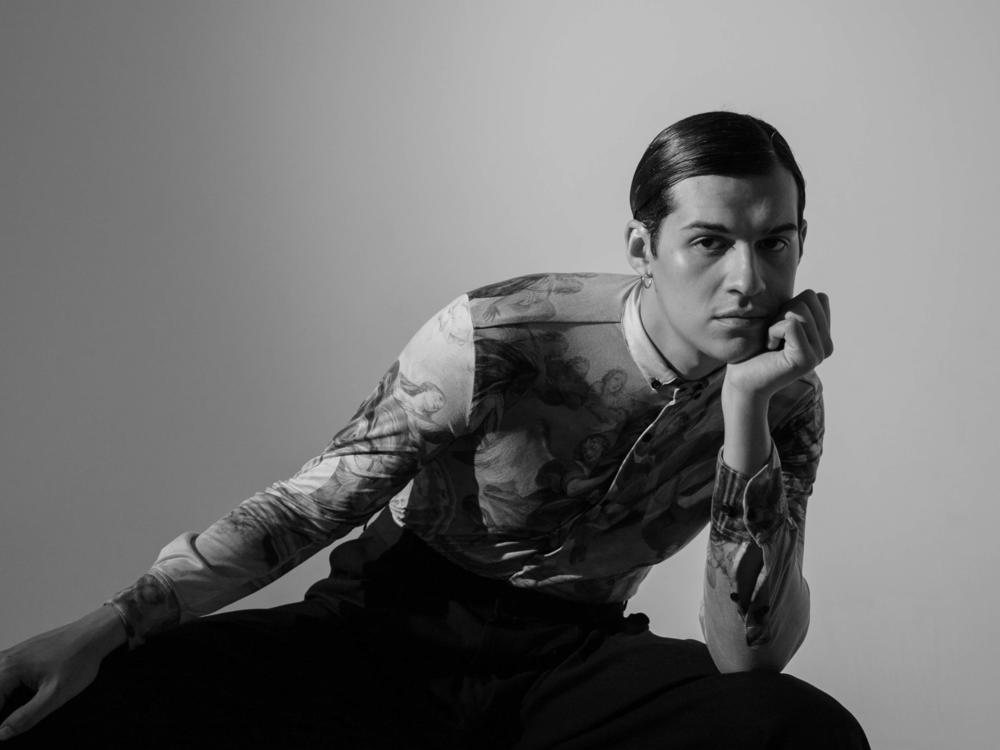 Ivory — the artist's newly-released, full-length debut — finds Omar Apollo at his most experimental yet.

Ayesha Rascoe speaks with Omar Apollo about his psychedelically soulful music and his full-length album, "Ivory."

Omar Apollo wears his heart on his sleeve.

APOLLO: (Singing) Was there something wrong with my body?

RASCOE: The Mexican American artist raised in Indiana has been doling out heartbreak anthems and self-love bangers since his first self-uploaded single "You Got Me" blew up on Spotify in 2017. And after a few more EPs and mini albums over the last five years, his full-length debut album, "Ivory," is out now. Omar Apollo joins us now from the road in Seattle.

Welcome to the program.

APOLLO: Thanks for having me.

RASCOE: This song that we're listening to is called "Evergreen." Now, I have to say I really like this song because I love a love song where like, someone just gets, like, deep down into their emotions.

APOLLO: (Singing) She don't know you like me. She can never love you more, more than me.

APOLLO: I mean, all the songs come from a place. It had been a minute. And I was like, oh, let me tap in this. The cool thing about songwriting is you can kind of go back in time like a time machine.

RASCOE: So that song called "Tamagotchi" is one of a number of songs that you worked on with The Neptunes and Pharrell Williams specifically. Like, how did that collaboration come together?

APOLLO: I've always loved rapping. Since my first project, I've been rapping. And I kind of knew when I went to go working for real (ph) that I was like, I want to rap. Like, I want to do it more. And then I got the cause. Like, oh, Pharrell's down to work. Let's fly to Miami this weekend. And I was like, OK, cool. So, you know, we went, and we didn't know each other, though. So he made a beat. He was like, you like it? I was like, yeah, I like it. Then he's all right, I'll be right back. So there's another session in the house. I'm like, all right, I got to like - I got to make this song. And like 30 minutes later, he comes back up, and I, like, finished the whole thing. He just comes in. He's like, can I hear it? I was like, yeah. So I play it, and he ended up, like, really, really loving it. It wasn't "Tamagotchi." It was another song. And instantly, like, energy changed, attitude - like, everything. Like - was like, OK, like, there's chemistry now.

RASCOE: I mean, so like, that was the hip-hop side, but, like, you also are paying homage to your Mexican roots. Like, there's a much more traditional song on the album, a corrido, called "En El Olvido."

RASCOE: What made you want to incorporate and have that style of music on this album?

APOLLO: Well, on this album, I really wanted to sing more than I ever have, like kind of, you know, something that's going to really translate live because I feel like I really love this kind of, like, softer, warmer, like, tender kind of voice that I do. But I also, like, want to project and like, you know - so I had that in the back of my head. I was like, I really want to sing. And I was listening to - you know, I grew up on a lot of (non-English language spoken). And I was, like, very (non-English language spoken) inspired.

RASCOE: So, like, obviously, you've been very open about, like, your sexuality and your lyrics. And it's something that has drawn a lot of fans to you. You have a lot of queer fans. But you're not someone who, like, leans into, like, capital R, like, representation. Do you feel like it's your position that you would rather just, like, have your records speak for themselves? Like, you have records where you're talking about him, like - you know, the guy that you are feeling. Like, you would rather just leave it at that?

APOLLO: I mean, I don't really care. I feel like in the beginning, I was trying to be mysterious and stuff.

RASCOE: Well, I'm reading the other interviews. So I'm like, well, maybe he don't like to say. So I'm - you know?

APOLLO: No, no, no. I do. I'm totally about it. I'm so with it. I just like - I don't know. Maybe I was trying to be mysterious, trying to keep the mystique. You know what I'm saying?

APOLLO: But then I'm just like, you know what? I don't even care anymore.

RASCOE: Yeah. So now, you can hear a lot of different influences on this album, but a lot of listeners are also drawing comparisons between you and musical icons like Prince. And I have to say, I heard some Prince on "Mr. Neighbor."

APOLLO: Oh, man. I mean, I'm just the biggest Prince fan. Like, yeah, there is a huge, huge, huge influence, like, major. But, I mean, is it pressure? No. I just have fun with it. I mean, like, I loved singing in falsetto more than my regular voice when I first started. So I heard Prince, and he's doing all these songs in, like, entire falsetto. I'm like, oh, this is me. Like, this is what I would do. This is how I would do it. You know what I mean? So yeah, like his first album, "For You" - damn, what's the one that - I use to cover it all the time.

RASCOE: Well, you can sing it. You can just sing it.

RASCOE: "Crazy You," OK. I was trying to get you to sing.

APOLLO: (Singing) You have got a strange way about you, kind of crazy.

RASCOE: (Laughter) I love it. Thank you very much. We have been speaking with Omar Apollo. His new album, "Ivory," is out now.

APOLLO: Thank you so much. Goodbye. Transcript provided by NPR, Copyright NPR. 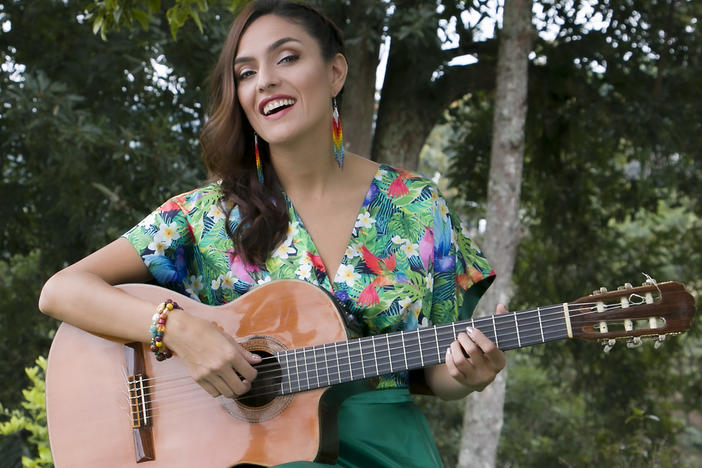 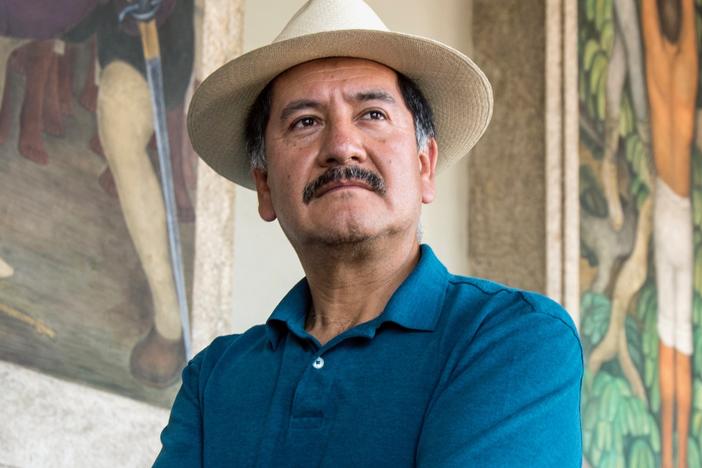 In his new book, the globetrotting journalist and longtime NPR contributor collects some of his favorite reports from musicians and music communities around the world. 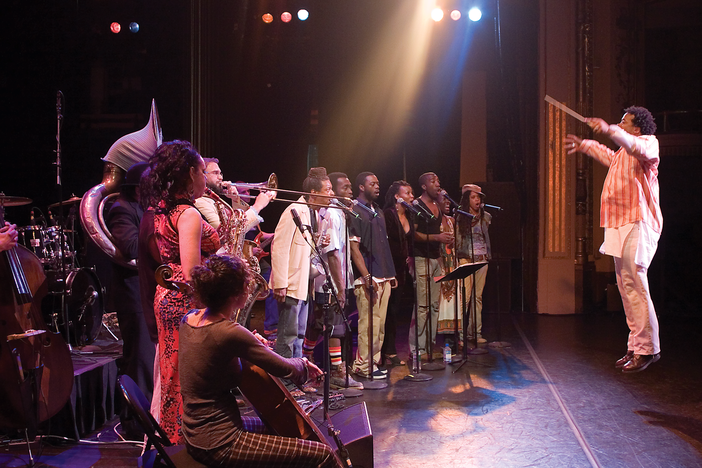