Rydell, along with James Darren, Fabian and Frankie Avalon, was part of a wave of wholesome teen idols who emerged after Elvis Presley and before the rise of the Beatles.

All right, to Oklahoma now, where the Republican-controlled legislature has approved a bill to make abortion a felony, punishable by up to 10 years in prison. The state's Republican governor has pledged to sign any anti-abortion bill that comes to his desk. It's part of a wave of anti-abortion legislation around the country, as the conservative majority on the U.S. Supreme Court weighs a case that could overturn abortion rights.

With us now to explain more is Carmen Forman from The Oklahoman. She covers state politics. Welcome.

CARMEN FORMAN: Thanks for having me.

CHANG: So how would this bill work? Like, would it make it illegal to either perform an abortion or to receive one?

FORMAN: So that's a good distinction because it wouldn't make it illegal for a woman to get an abortion, but it would make it a felony for any doctor or medical professional that performs an abortion that is not essentially necessary to save a woman's life or to stave off a medical emergency.

CHANG: OK. And to be clear, this bill would be unconstitutional under current legal precedent established in Roe v. Wade, right?

FORMAN: Yes, absolutely, because Roe v. Wade is still the law of the land, although many say that may not last very long.

CHANG: Right. And I understand that less restrictive anti-abortion legislation had been considered by this legislature.

FORMAN: Yeah, I would say that both less and similarly restrictive. There's about seven different anti-abortion bills that are making their way through the legislature, and some would go so far as to basically, you know, do as this one does, which is basically outlaw most abortions or ban most abortions, and then some do sort of like what the Texas law does, and that is, you know, say, restrict most abortions after six weeks.

CHANG: I understand that, today, as this bill was getting passed, abortion rights supporters were protesting outside the state Capitol. I'm just curious - did that rally in any way affect the way this particular vote went down?

FORMAN: So it's interesting that you ask that. I think it's probably not a coincidence that this bill came up the same day that abortion rights supporters were outside rallying at the Capitol. In a weird way, this - their rally did affect how the bill got passed because House Democrats were supposed to speak at the rally. And so because they were supposed to be outside on the Capitol steps, they didn't ask questions, they didn't debate against this bill, and so it passed in, like, a matter of minutes, which is very rare for any anti-abortion bill that passes our legislature.

CHANG: Well, what's been the reaction so far from Democrats and abortion rights supporters since the passage of this bill?

FORMAN: So a lot have said what you already said - that this bill is unconstitutional, and that, you know, it's essentially ripe for a legal challenge, and I think the reaction also has been mixed. There are some folks that are just simply not surprised that our GOP-controlled legislature would pass what is essentially almost a total abortion ban. And then there are those that say, you know, well, the work keeps going. If you are an abortion rights supporter, they say that they're still in it to try and fight anti-abortion legislation like this. And whether that means fighting it in the courts or fighting to try and help women still seek out an abortion, they're still going to try to do that.

CHANG: What about abortion rights opponents - have they issued any statements today? I mean, we're talking about a near ban on abortion. It's one of the most aggressive measures being advanced anywhere in the U.S.

FORMAN: They've essentially declared victory. I mean, we've had some lawmakers - and the author of the bill called it the strongest pro-life legislation in the country right now. So I think they're sort of patting themselves on the back, saying, you know, this is what we've been talking about for years - that we wanted to stop abortion - and here we are. Now, we're finally doing it or coming as close to doing it as we possibly can.

CHANG: That is Carmen Forman from The Oklahoman. Thank you very much for joining us today.

FORMAN: Thanks for having me. 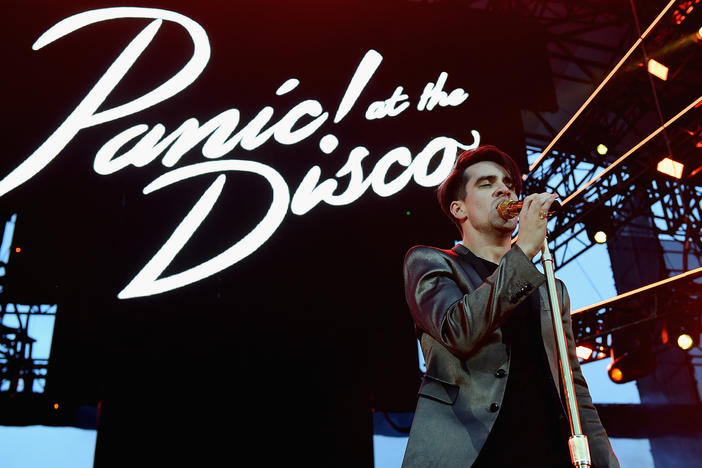 Panic! at the Disco is ending after nearly two decades

Brendon Urie, the band's frontman and last remaining original member, made the announcement on Instagram. He said with he and his wife expecting their first child, he wants to focus on his family. 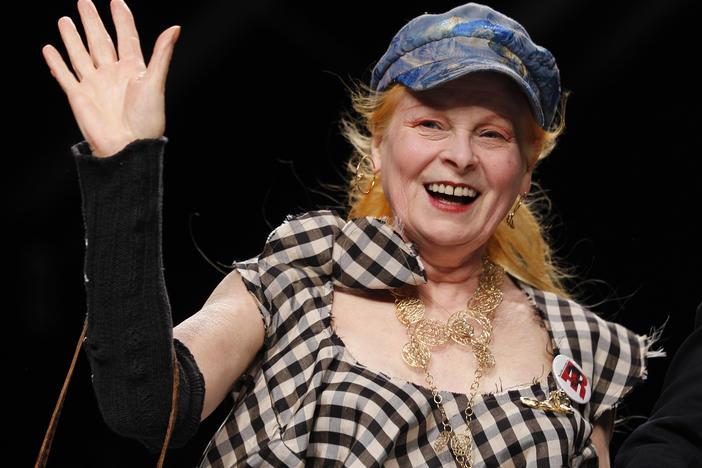 Westwood's fashion career began in the 1970s with the punk explosion, when her radical approach to urban street style took the world by storm.

Mariah Carey can't be the only 'Queen of Christmas,' the trademark agency rules

Mariah Carey sought to trademark the branding for products, but her request was rejected after a challenge from full-time Christmas musician Elizabeth Chan. Now anyone can be a Christmas queen.