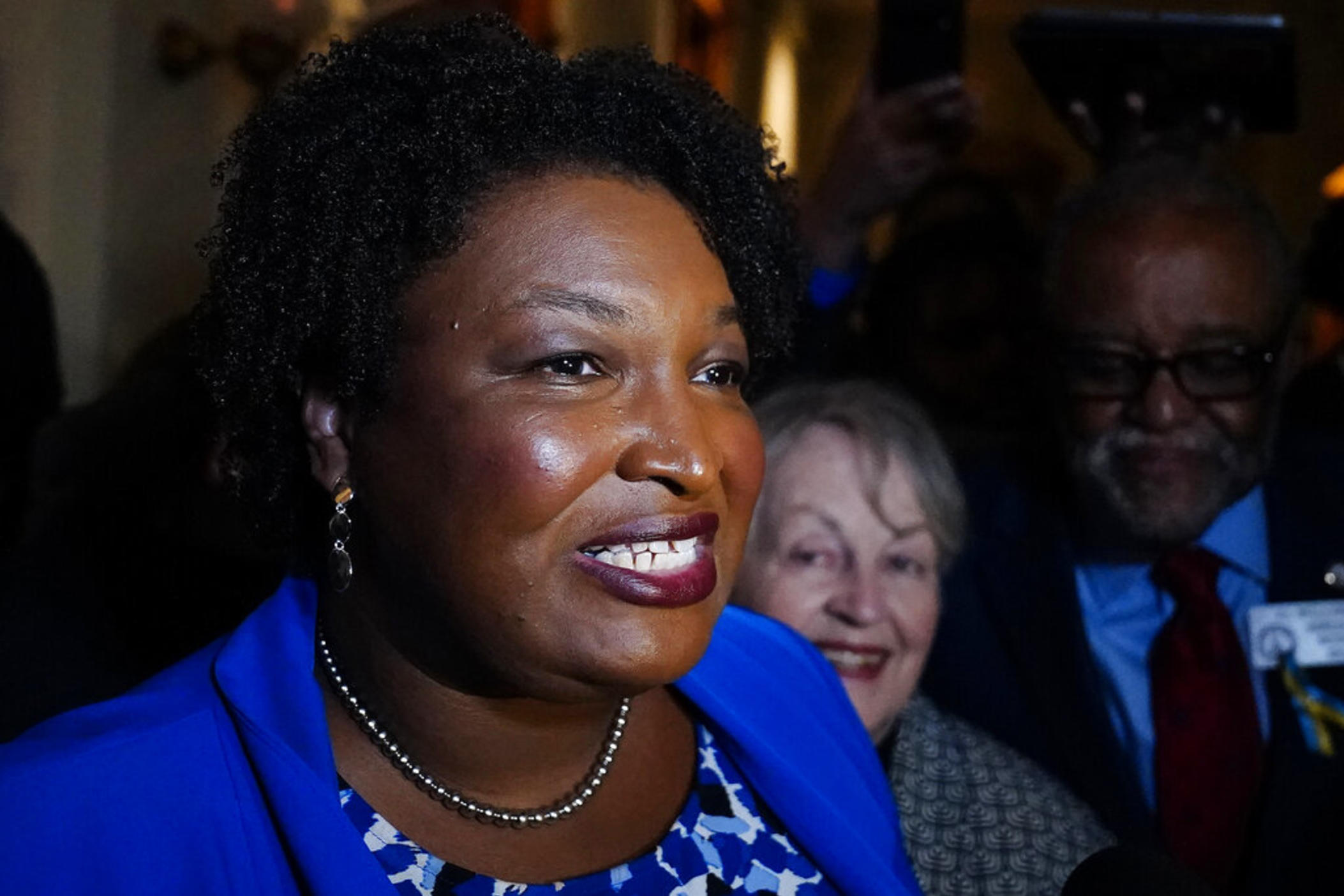 When Democrat Stacey Abrams first ran for Georgia governor in 2018, her lackluster personal finances and a hefty bill from the IRS gave Republicans fodder to question how she could manage a state budget when she struggled with her own debts.

As she launches a second bid this year, that's no longer an issue.

Abrams now says she's worth $3.17 million, according to state disclosures filed in March. That's compared with a net worth of $109,000 when she first ran four years ago.

Her rapid ascent into millionaire status corresponds with her rise in national politics. Since her 2018 defeat to Republican Brian Kemp, Abrams has become a leading voting rights activist. She was considered as a potential running mate to President Joe Biden and is widely credited with organizing voters in Georgia to help him become the first Democrat to carry the state in the presidential vote in 28 years. Along the way, she has earned $6 million, mostly driven by $5 million in payments for books and speeches.

That wealth has exposed her to a different line of criticism from Republicans, who hope to portray Abrams this year as an elitist out of touch with average Georgians. Garrison Douglas, a spokesperson for the national Republican Party, accused Abrams of using her campaign "as a platform for her own financial gain." During a rally in the state last month, former President Donald Trump knocked her for "living in these gorgeous multi-multi-million-dollar houses."

Abrams hasn't purchased a home for a price tag exceeding $1 million, and Trump spends much of his year living at his lavish Mar-a-Lago resort. The leading Republicans seeking the nomination for governor — incumbent Brian Kemp and challenger David Perdue — are far wealthier than she is.

In an interview, Abrams said it was ironic for Republicans to criticize her financial success, something the party often praises as the result of hard work.

"It is remarkable to me that success is now being demonized by the Republicans," she said. "I believe in success. I believe that every person should have the opportunity to thrive. And because I had three years where I was in the private sector, I leveraged all three years, and in that time, I've done my best to not only be successful personally, but to do what I can to help Georgians."

Many politicians build their wealth after they reach high office. That's not the case for Abrams, whose loss vaulted her to a level of celebrity unusual for someone whose highest office so far is minority leader of the Georgia House of Representatives. She particularly cashed in on her status in 2021 before announcing her second bid for governor, with her income spiking to $3.65 million.

Seth Bringman, an Abrams campaign spokesperson, said she gave 37 paid speeches in 2021, including a 12-stop fall tour of stand-alone appearances. She's written, co-written or reissued six books since 2019, with another reissue on the way later this year.

Abrams was also paid more than $700,000 over three years as executive director of the Southern Economic Advancement Project, an affiliate of the Roosevelt Institute that seeks to improve economic equity in the South. Abrams has reported no income from Fair Fight Action, the voting rights group she founded and formerly chaired.

Abrams, who last year released a business book with a longtime business partner, also reports investments in a number of companies. Some are longtime holdings including Now Account Network Corp., which finances businesses by buying invoices. Abrams in November joined the board of Heliogen, a California company that seeks to use sunlight to concentrate heat for industrial processes, electricity generation and hydrogen fuel production. Abrams reported $65,000 in Heliogen stock.

Kemp has a net worth of about $8.5 million, with assets mostly in real estate he developed before running for governor. Perdue is even wealthier, reporting a net worth of $50 million after a career in which he was CEO of corporations including Dollar General and Reebok. Kemp had an income of $551,000 in 2021, while Perdue had an income of $9.3 million.

Kemp criticized Abrams in 2018 for owing $54,000 to the IRS, self-employment taxes she didn't pay on time. Abrams said then that she skipped the payments because her parents needed financial help with raising a granddaughter and medical bills.

"You can delay IRS payments. You can't delay cancer treatments," Abrams said at the time.

Abrams also had $96,000 in student loan debt and $83,000 in accumulated credit card debt in 2018. She only had a positive net worth because a publisher had paid a $150,000 advance on her first nonfiction book. In that book, "Minority Leader," Abrams wrote that she borrowed at a time when "my understanding of personal finance barely scratched the surface."

She paid off her student loans and credit card debt in 2019. When she first ran for governor, Abrams had a paltry retirement account of less than $5,000. Now she has more than $725,000 in stocks and bonds.

As her financial picture has brightened, Abrams has also traded up from her old townhouse to a larger new house.

It's unclear how much Abrams is paying in taxes or how much she is donating to charity, although her assets include $560,000 set aside in a "tax account."

Bringman said Abrams would release her returns later this year after she files her 2021 taxes.

Kemp spokesperson Tate Mitchell said the incumbent believes the state financial disclosure is sufficient, but will provide further documentation later "if necessary." Perdue spokesperson Jenni Sweat said Perdue filled out state and federal disclosure forms and has been "transparent about his finances," but didn't directly answer whether he would release his tax returns.

Marko Klasnja, a Georgetown University professor who has studied the causes and consequences of politicians' wealth, said that "in the U.S., people don't care about wealth per se, and I don't think that they would think that's a negative, necessarily."

"I don't think this is going to hurt Abrams that much, and I think, if people know this is coming from things like book deals, they're going to be thinking about this differently than, 'She's lining her pockets because she's on boards of corporations and things like that.'" 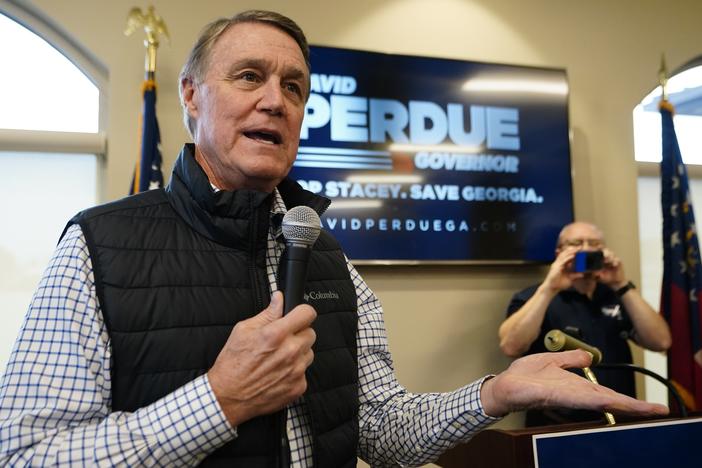 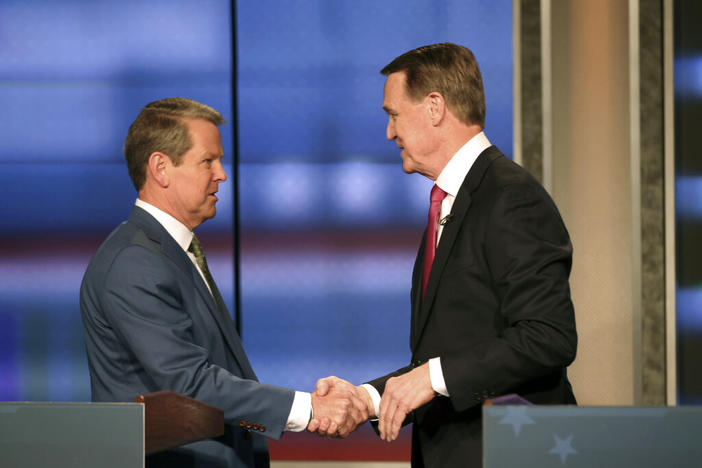 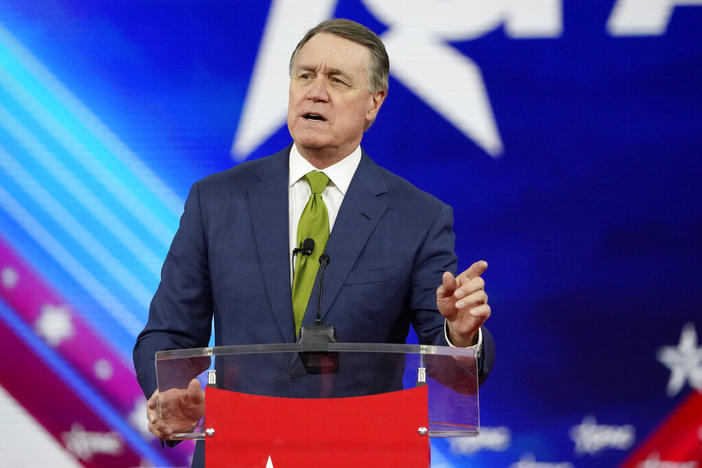