Near the Polish border, a musician plays music to welcome those fleeing Ukraine 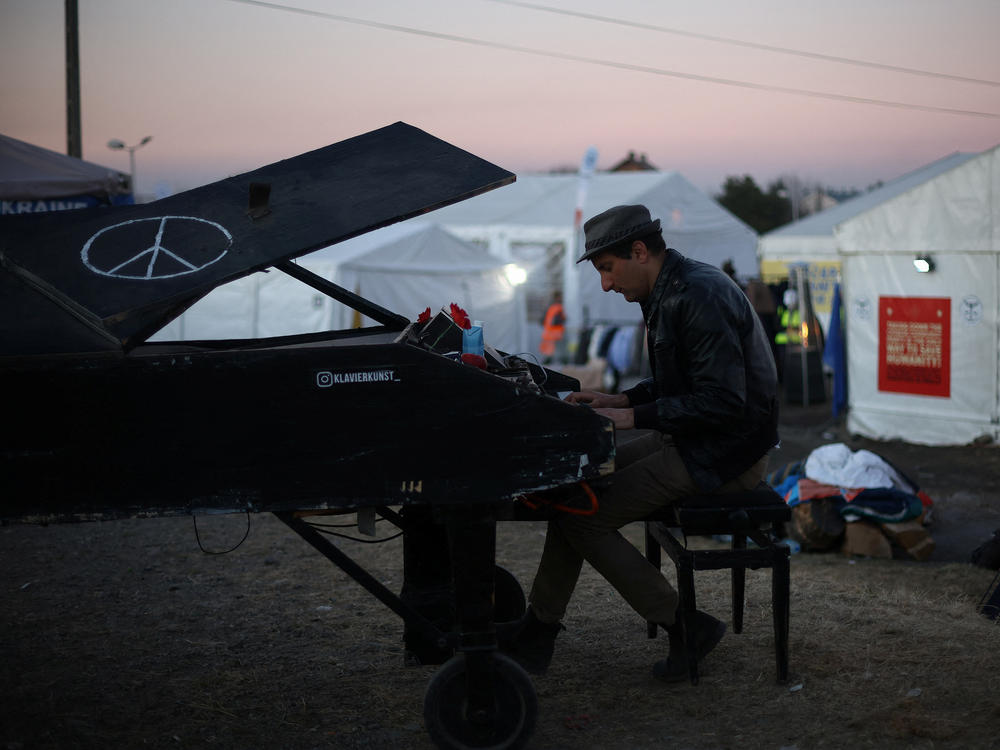 Davide Martello, an Italian man living in Germany, plays the piano for people who have fled Ukraine at the border crossing in Medyka, Poland.

As bombs fell and people fled, pianist Davide Martello watched the Russian invasion of Ukraine unfold on T.V. Unlike those racing to leave, however, Martello decided to head toward Ukraine. He put his cat in the car, hitched up his baby grand piano and began a long, 15-hour drive from his home in Germany.

"It's definitely better than staying at home in front of the TV and watching the news, you know?"

Martello's destination was the Medyka border crossing, the busiest one between Poland and Ukraine, where a sprawling aid station had sprung up on the Polish side. Since he arrived a few weeks ago, Martello has watched as the aid station – and its needs - have grown. According to the U.N., more than 3 million people have left Ukraine since the invasion began; as of earlier this week, more than 2 million of them have entered Poland.

"The people coming in, they need food, they need clothes," Martello said.

While speaking with NPR earlier this week, he gestured at piles of donated clothing and firewood stacked behind him. Volunteers passed out tea, food and toiletries.

Martello, of course, provided the music, playing soft songs like "Let It Be" by the Beatles and "Hallelujah" by Leonard Cohen. The notes he played filled the air and mingled with campfire smoke, inviting people to gather around him and listen. Sometimes, they requested Ukrainian songs, which he tried his best to play.

"We people, we're made of emotions basically. We're thinkers. If we only think negative - that affects us. Our health, anything else. We need to stay positive, we need to try and think positive."

For Martello, the experience has been especially moving. On one memorable occasion, an elderly woman held a blanket over his head to shield his head from the falling snow.

"She was singing with me, next to me, with the blanket on me, and it was snowing," he said. "That was a crazy moment."

For now, Martello has no plans to pack up and leave.

"People here still need some positivity, some art, music," he sad. "I wish there were more musicians here, but I guess I'm the only one."

With that, it was time for him to go. A small crowd had formed, waiting for him to begin. And so, piano parked on the dirt at the Polish border, Davide Martello played. 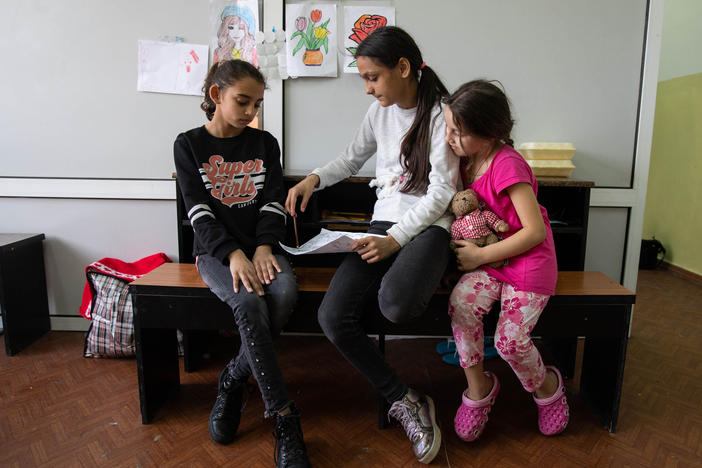 Many slipped across the border as the war began, but lack passports or other official forms of ID. They struggle to prove their eligibility for humanitarian aid — and to cross into other countries. 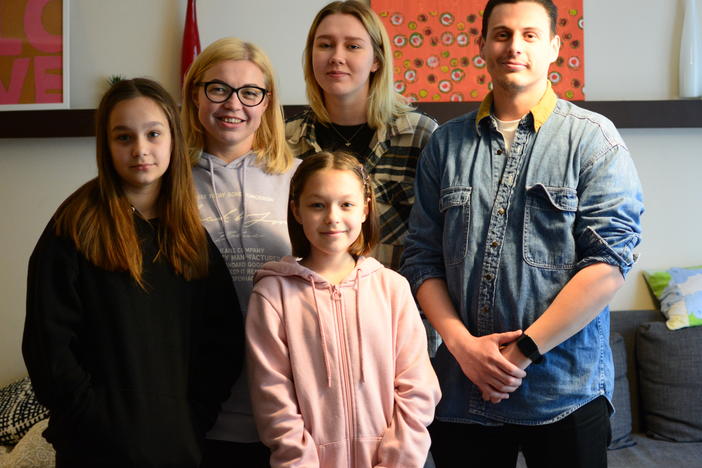 This weekend would normally be a celebratory one for Ukrainians. But Easter Sunday marks two months since the latest Russian invasion. More than 40,000 refugees have found themselves in Bulgaria.

This weekend would normally be a celebratory one for Ukrainians. But Easter Sunday marks two months since the latest Russian invasion. More than 40,000 refugees have found themselves in Bulgaria.