Starting today, the Smithsonian's Hirshhorn Museum here in Washington, D.C., will display five pieces from its permanent collection that were made by a 93-year-old Japanese artist. Her art is described as work you live in, at least for a little while. NPR's special correspondent Susan Stamberg explains.

SUSAN STAMBERG, BYLINE: The show "One With Eternity" is small and magical, much like the artist. Five-foot-not-much, Yayoi Kusama uses just a handful of elements - dots, pumpkins, mirrors, phalluses - and creates environments you can enter and then lose yourself.

Is it great art?

MELISSA CHIU: We think so (laughter).

STAMBERG: Melissa Chiu, director of the Hirshhorn. A huge glossy pumpkin, yellow with black dots, occupies a gallery whose yellow walls, ceiling and floor are covered with more black dots. We carve pumpkins at Halloween; Kusama enshrines them as art.

BETSY JOHNSON: When she was 7, she recounts that pumpkins would speak to her from time to time.

STAMBERG: Curator Betsy Johnson says Kusama showed signs of psychosis very young. In her small village in Japan, she started drawing her hallucinations, putting them down on paper.

JOHNSON: She came to call it psychosomatic art.

STAMBERG: Compulsively, over and over, making repetitive images, they calm her down.

STAMBERG: In the 1960s, Kusama began creating works which made special magic - Kusama environments, Hirshhorn director Chiu calls them; infinity mirror rooms, Kusama named them. A cube-shaped room - inside, mirrors cover the walls, the ceiling, the floor. They reflect an infinity of images. The first, in 1965, creates a field of phallic-shaped soft sculptures she made - white fabric covered with lipstick-red dots. There are photos of her at age 36 in a red leotard, standing in the floppy sculpture, looking thoughtful.

STAMBERG: Kusama's infinity rooms are most breathtaking when she suspends countless small lights from the mirrored ceiling. I entered one of those at the Broad in Los Angeles. There are others in New York, Dallas, Houston, Boston. I stayed there for 45 seconds, timed by a museum guard. So many people came to experience the Kusama, we could only get quick glimpses. You stood there alone in the cosmos, it felt, 45 seconds out of this world. The lights and mirrors made infinity and made you joyful.

What do you think makes her so popular?

STAMBERG: That may be the artist's motivation as well. The work is her happiness. Yayoi Kusama, creator of joy, has been suicidal for some years. In Tokyo, she lives in a mental hospital and crosses the street to her studio every day and makes these delights. Her art sustains her and transforms audiences.

Tags: yayoi kusama  Series: Art Where You're At 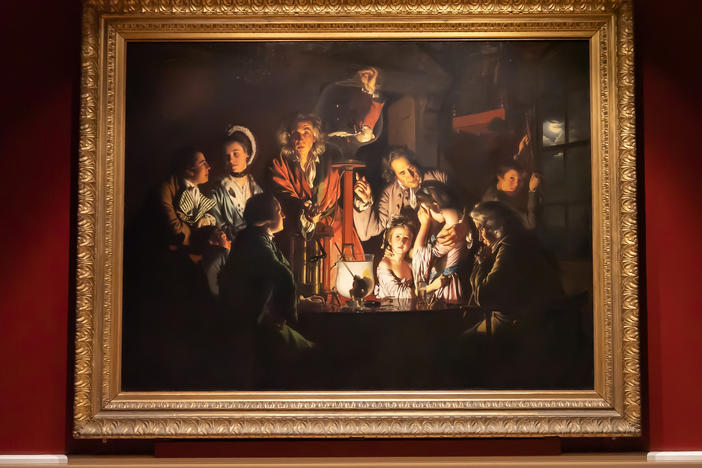 A mad scientist and his bird in a bubble: The story behind a peculiar painting

The Los Angeles-area Huntington Museum and London's National Gallery are swapping two paintings: Thomas Gainsborough's Blue Boy for Joseph Wright of Derby's An Experiment on a Bird in the Air Pump. 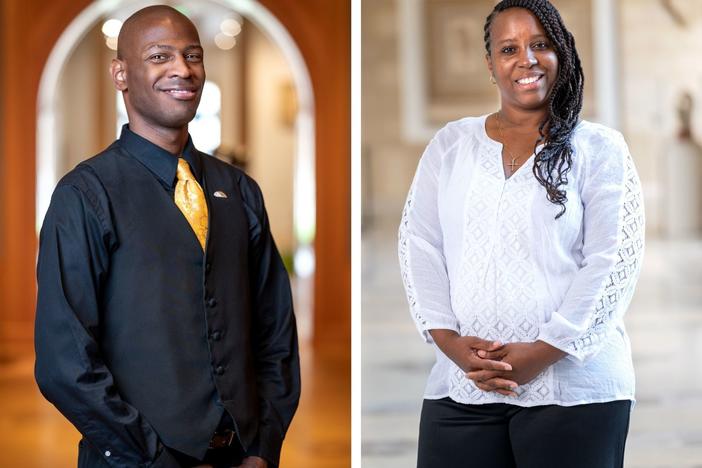 The museum invited their security officers to curate an exhibition of their own. The result is a show filled with art from the sixth to the 21st century. 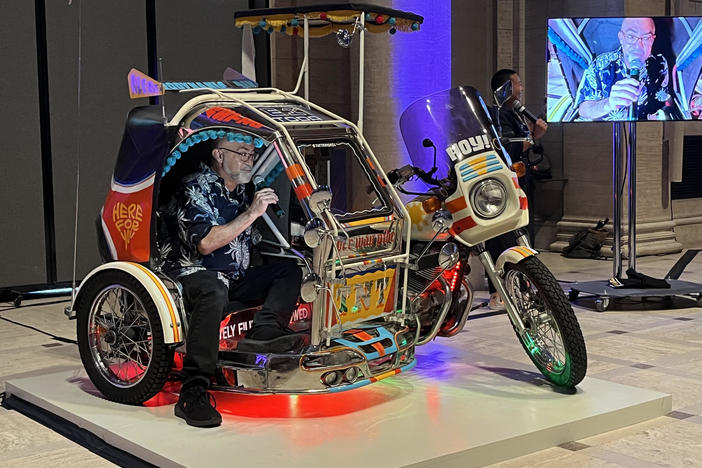