Idaho has become the first state to copy a Texas law that bans most abortions in that state. Idaho Governor Brad Little signed the bill into law today. NPR's Sarah McCammon has been following this. She joins us now. Hey, Sarah.

SUMMERS: So we've heard a lot about what has been happening in Texas since last September, when that state banned most abortions. Tell us, what does this new Idaho law do?

MCCAMMON: Well, like the one in Texas, it bans most abortions around six weeks, before many people realize they're pregnant. And like Texas, this Idaho law also relies on ordinary citizens to enforce it by filing lawsuits against abortion providers. I talked to Mistie DelliCarpini-Tolman, the Idaho state director for Planned Parenthood, about what this would mean there.

MISTIE DELLICARPINI-TOLMAN: Unfortunately, we don't even have to guess about what this will look like because we've kind of been watching what's been happening in Texas. So we already know what this looks like.

MCCAMMON: And, Juana, what it looks like is many patients traveling out of state for abortions if they have the means to do so and facing some really difficult decisions if they don't.

SUMMERS: Now, the Idaho law is modeled after the law in Texas, but they are not exactly the same, are they?

MCCAMMON: Right. Idaho's law narrows the scope of who can sue. Those people include the patient, certain members of the patient's family, including parents and siblings, also the person who impregnated the patient and some of his family members. So it's not just anyone, you know, like the Texas law. But Shaakirrah Sanders, a law professor at the University of Idaho, says, in practice, this is a distinction without a difference.

SHAAKIRRAH SANDERS: If there are 10 siblings and parents, all of those people can sue you. And so you can see how one lawsuit could pretty much wipe out an entire clinic.

MCCAMMON: Penalties for doctors who violate this law are twice as high as those in Texas, starting at $20,000 as well.

SUMMERS: Wow. OK. As you mentioned, this law does allow certain family members to file lawsuits against abortion providers, and there's been a lot of concern about what that could mean, particularly in situations involving sexual assault. Sarah, what can you tell us there?

MCCAMMON: Yeah. This came up during the legislative debate in the Idaho House last week. I want to play an exchange. Here's Representative Ned Burns, a Democrat, questioning one of the bill's co-sponsors.

NED BURNS: I understand that someone who has committed a rape would not be able to sue if an abortion were to take place. Would a family member of said rapist be able to sue? Would they have standing?

STEVE HARRIS: If it is the parents, siblings, aunts and uncles, grandparents, then yes.

MCCAMMON: Now, that second voice was Republican Representative Steve Harris, a co-sponsor of the bill. It also says that a rapist cannot sue an abortion provider under this law for terminating a pregnancy. But as we heard, it doesn't preclude that person's family members from doing so. And the Idaho law does contain an exception allowing abortions in cases of rape or incest, unlike the one in Texas, but that's limited. It's only if the victim reports the attack to law enforcement, which many victims don't. And in a statement today, Governor Brad Little expressed concerns about that and asked the legislature to address any unintended consequences. But he did sign the bill into law, nonetheless.

SUMMERS: Sarah, what else are you hearing from people who support this legislation?

MCCAMMON: Well, I spoke to Carol Tobias with National Right to Life, which has been promoting this kind of legislation around the country. And simply put, she wants pregnant people to continue these pregnancies regardless of the circumstances, and that includes rape.

CAROL TOBIAS: I think we need to do everything possible to save lives. And we would encourage anybody to take steps necessary to protect that life.

SUMMERS: Sarah, in the couple of seconds we have left here, what's next? Any chance this law could be blocked in court?

MCCAMMON: Well, it's set to take effect in about 30 days. Reproductive rights groups are weighing all of their options. But as we saw in Texas, court challenges to this type of legislation can be really difficult because of the unusual way the law is written. Meanwhile, several other states are considering similar proposals.

SUMMERS: That is NPR's Sarah McCammon. Thank you, Sarah. 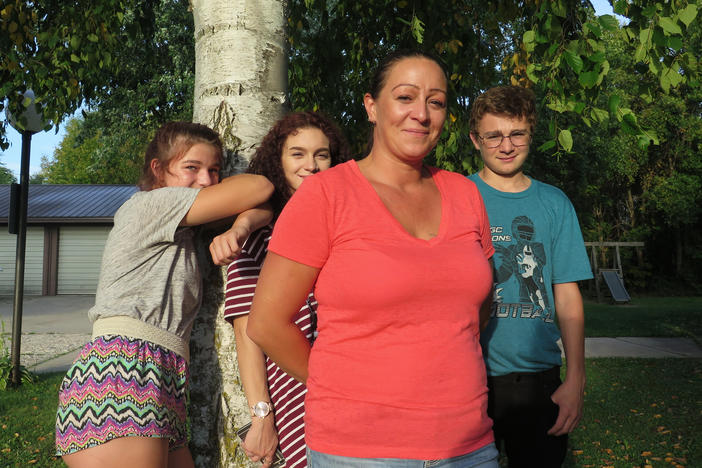 In every state, governments charge parents for the cost of foster care when children are taken away. When that happens, NPR found, poor parents can't make ends meet, so families are kept apart longer. 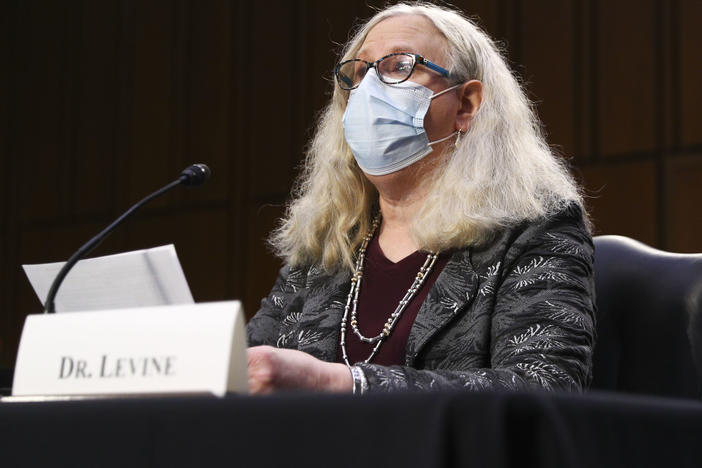 Dr. Rachel Levine: Transgender Health Care Is An Equity Issue, Not A Political One

"I think people fear what they don't understand," says Levine, assistant secretary for health and the first openly transgender person to serve in a Senate-confirmed position. 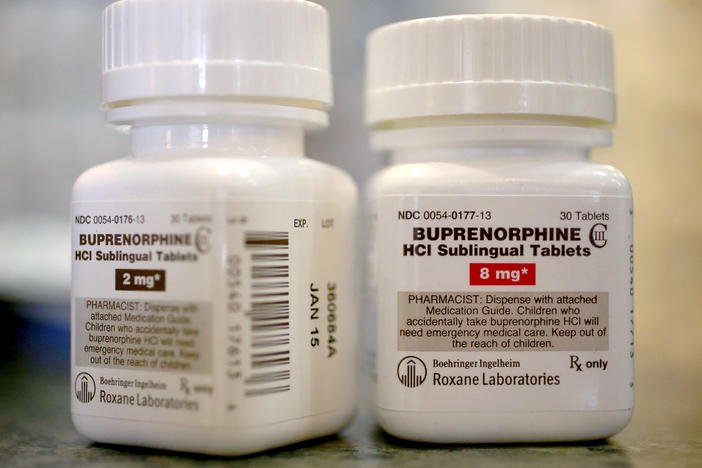 The change means that doctors will no longer need a special federal waiver in order to prescribe buprenorphine, a medication to treat opioid use disorder.