Koffee, already a Grammy-winning globetrotter, is in full control for 'Gifted' debut 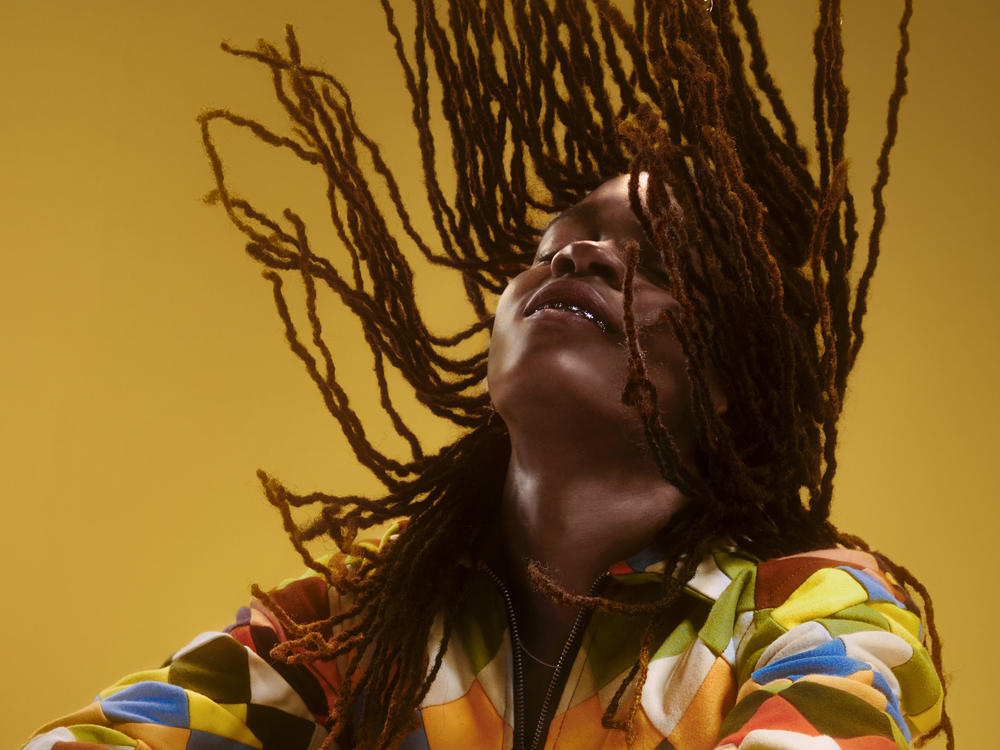 The Grammy-winning artist Koffee, whose debut full-lenth album, Gifted, is out March 25.

At the 2018 edition of the Jamaican reggae festival Rebel Salute, legendary singer Cocoa Tea interrupted his set to introduce a petite, teenaged female artist, excitedly telling the audience of more than 10,000: "This little 17-year-old from Spanish Town is Jamaica's next female sensation; come in Koffee." Although relatively unknown at the time, Koffee's rapid-fire, patois-heavy vocals on that first song, "Raggamuffin," coupled with the gritty realism of her lyrics, quickly won the crowd over. So much so she had to "pull up" – that is, start the song over so the crowd could savor it one more time.

More than 50 acts had played the event, but Koffee's 10-minute presentation, her first at a major concert, was its most-talked-about set. Within a matter of months Koffee wasn't just Jamaica's next female sensation, she was the most-buzzed-about reggae artist anywhere. Before the year was out she'd signed to Columbia Records U.K. and by February had dropped her debut EP, Rapture. The five-track project included Koffee's international breakthrough, "Toast," a joyous expression of gratitude that resonated with audiences of various ages and backgrounds, even if they couldn't decipher all of the lyrics. To date, "Toast" has earned more than 122 million streams on Spotify.

As 2019 progressed, Koffee's hectic itinerary included numerous interviews, her U.S. television debut on Jimmy Kimmel Live! and a performance schedule that took her throughout the world. A few weeks before her 20th birthday, on Jan. 26, 2020, Koffee made history as the youngest and first female winner of the Best Reggae Album Grammy, for Rapture. A few hours after picking up her award in Los Angeles, she flew to Washington D.C. and performed an NPR Tiny Desk Set. But by mid-March Koffee's plans, like everyone's, were put on hold due to COVID-19. Her single about the extended break, "Lockdown," released that July, became 2020's most-viewed song from Jamaica on YouTube and was honored with an NAACP Award for Best International Song.

"Lockdown" is among the ten tracks comprising Koffee's debut album, Gifted (Sony Music UK/RCA Records) releasing this Friday. In an interview with NPR at a midtown Manhattan hotel on a wintry late-February morning, Koffee explained that her 2020 period at home in Kingston brought her an opportunity to reflect on the life-changing events of the previous two years.

"That was the first time I really got the chance to sit back, process stuff, assess myself, see where I am in my head, where I want to be, and the distance between the two," Koffee, now 22, said as she settled into her seat at the hotel's restaurant. "Before that, there was so much work to do, I just took it day by day and accepted whatever came with a sense of grace, appreciation and gratitude."

She was in New York City for her debut appearance on The Tonight Show, where she performed her current single "Pull Up," an irresistible blend of dancehall and Afrobeats produced by British Ghanaian JAE5. "The uplifting vibes of that song is something that I want to push, making the audience rock to a different side of what reggae and dancehall are doing," she explained.

Uplifting vibes abound on Gifted, including the previously released "West Indies," a proud assertion of Caribbean identity produced by Jamaica's Iotosh, who pairs Koffee's powerful vocals with a captivating, futuristic Caribbean sound. Koffee shares some of her journey on the title track, also produced by JAE5, its gentle rhythm evoking the sound of an electrified west African kora, while the idyllic dancehall escapism heard on "Run Away" is one of five tracks produced by Koffee, who recorded some of the album in her own mobile studio. "I got a lot more involved in this project than I was with Rapture, or any single between then and now," she says.

Koffee wrote all ten tracks, balancing rhythmically patterned, intricately crafted verses with simpler, catchy hooks that are more easily understood by non-Jamaican audiences. Several incorporate a stripped-down, roots-reggae approach that complements her mesmerizing flow. "X10" is sung to the tune of Bob Marley's liberation anthem "Redemption Song," with Marley's vocals woven throughout. Koffee recounts her blessings, times ten, acknowledging her position as a leading light in Jamaican music: "Get the torch a couple days ago / coming with the flames aglow / young and there's so many things I know."

"The thing about writing is you have to feed your mind, so when it comes to the actual process, you can say just what you want to say," Koffee offers. "I want to have an impact and make changes with my music. I don't want to just sing and dance two-time and forget about it soon after. I want to change consciousness."

In that vein, Koffee bemoans the violence plaguing Jamaica and its impact on the youths on "Shine," her simple, acoustic guitar strums framing a haunting narrative, "rise up there's a crime scene, them-a-try clean up like hygiene" which she punctuates with a plea for a better environment: "youths have to find a way to put the 9 away, peace and love finally, I've got to shine, you got to shine." She revisits the subject on "Defend," a short, searing commentary on rampant crime and brutality, contrasted by an eerily tranquil synthetic soundscape: "Crime a frustrate we, alongside who create it / Koffee nuh haffi be the government favorite / me have enough 'pon me plate, nah exaggerate, nah try animate, what me do, talk it straight." 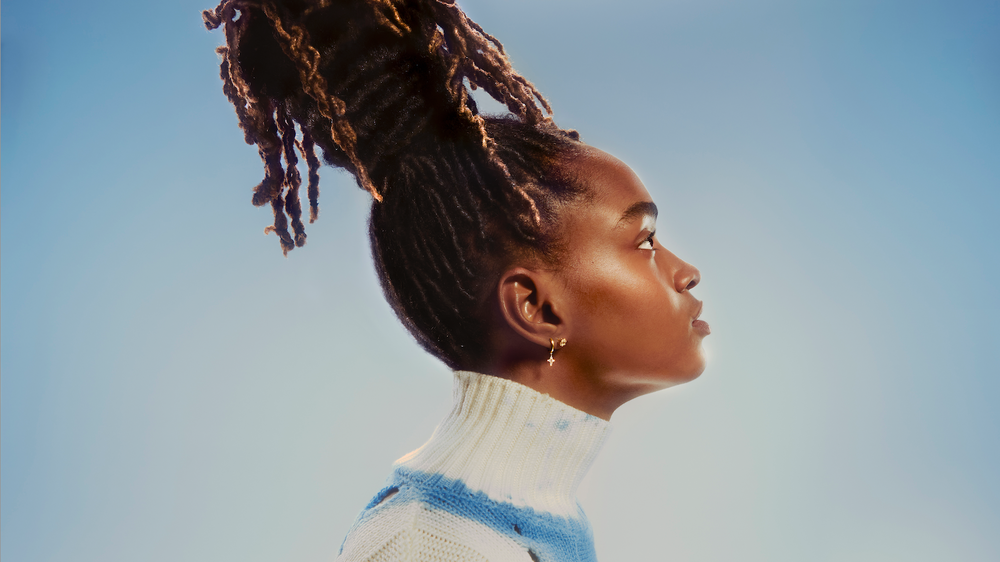 Denouncing inequality, racism, political corruption and other societal issues is as intrinsic to Jamaican reggae's identity as its drum-and-bass-driven beats. Koffee hopes to see reggae's dissenting spirit continue, even when Jamaican artists depart from the music's traditional sound.

"When it comes to speaking out against certain things in music, there needs to be consistency for it to be taken seriously. You can't just burn a fire 'pon something one time then move on to other things. The youth are still under pressure, even youth living in the U.S. are being killed, and we have to speak on these things," she says. "It goes back to the question, is it necessary to keep the music a certain way? I love reggae because of its messages. Bob Marley sings so many positive, impactful songs, he raises people's consciousness. Artists like Chronixx, Protoje and Jesse Royal can teach you important things that you may not know about otherwise. So, I feel like I should keep the messages with a certain potency so that people will know, yeah, this is reggae, we nah join nuh folly, and we still looking out for our youth, for ourselves." 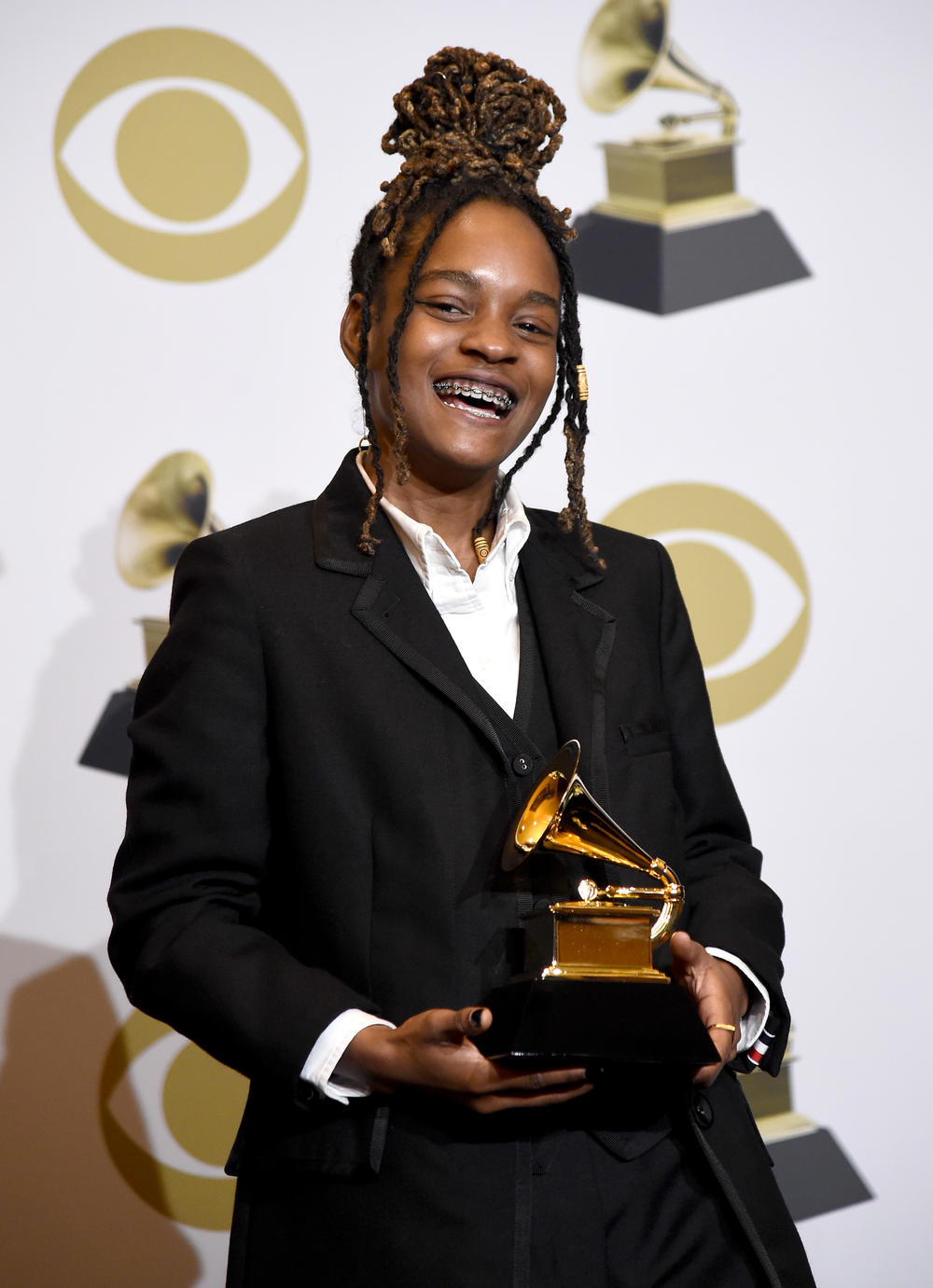 Koffee, photographed after winning Best Reggae Album, for Rapture, at the Grammy Awards on Jan. 26, 2020 in Los Angeles.

Born Mikayla Simpson on Feb. 16, 2000, Koffee is friendly, polite and insightful beyond her years. "I stay grounded by keeping in connection with my mom," who is part of her management team, "and humble people who I aspire to be like. You have to put your head in the right space to maintain a certain level of groundation, it's a daily practice," she says.

Koffee was raised in Spanish Town, about 30 minutes outside of Kingston, a city she celebrates on the self-produced "Where I'm From." Finding motivation from others with Spanish Town roots, including dancehall veteran Lieutenant Stitchie, current dancehall star Govana and reggae luminary Chronixx, Koffee says of the song, "there's a little dancehall in it, a little roughness to it, but I'm really highlighting the keep-going spirit of the hardworking people who made it out of the mud, coming from where I'm from."

Koffee began singing as a child attending church with her mother, playing guitar at 12 years old and writing lyrics at 14. As her friends absorbed the hip-hop and dancehall hits of the era, Koffee started listening to reggae. She taught herself to play several reggae songs on guitar because "those hit closer to home for me and I felt like I needed to do that for myself."

The emphasis on reggae and dancehall throughout Gifted might be considered a requisite for Jamaican artists, but it actually contradicts a trend among some of the island's Gen Z and millennial talents, whose music more closely aligns with trap or Afrobeats, which can be a point of contention within the country's music industry. Koffee certainly embraces Jamaica's distinctive, indigenous genres. but as her artistry evolves she cleary isn't tethered to them. "There is a perspective of allowing history to be history, appreciating it and taking from it but not recreating it because then you are stuck in the past in some sense. But there's also a perspective that when something is great, perpetuating it in one way or another can't hurt," Koffee reasoned. "I definitely wanted to include lover's rock and certain reggae sounds on this album, but I don't know if I will always do it."

On April 11, Koffee will embark on the North American leg of her 24-date Gifted tour. She makes her Coachella debut later in April and is booked for Glastonbury in June. As a young Jamaican woman signed to a major record label who is making her own musical decisions, Koffee continues to break down barriers for all of the island's artists. "We have full creative control. The most the label will do is suggest, but they trust me, and they don't want to overpower my message or what I am trying to do," she offers. "We had that conversation before we signed, we agreed that we are on the same page about it, it has been upheld and I appreciate that." 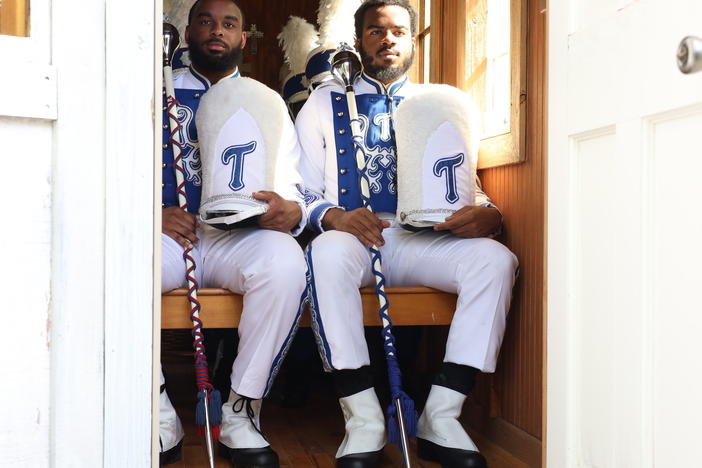 The massive sound of The Aristocrat of Bands, a highly respected HBCU marching band, and the overflowing history of gospel combine on a single album (with a great title) — 'The Urban Hymnal.' 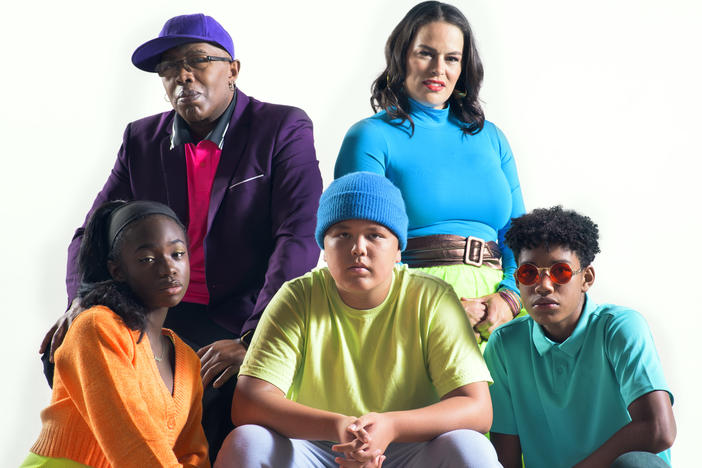 The group uses the beats of hip hop to inspire kids to create social change. 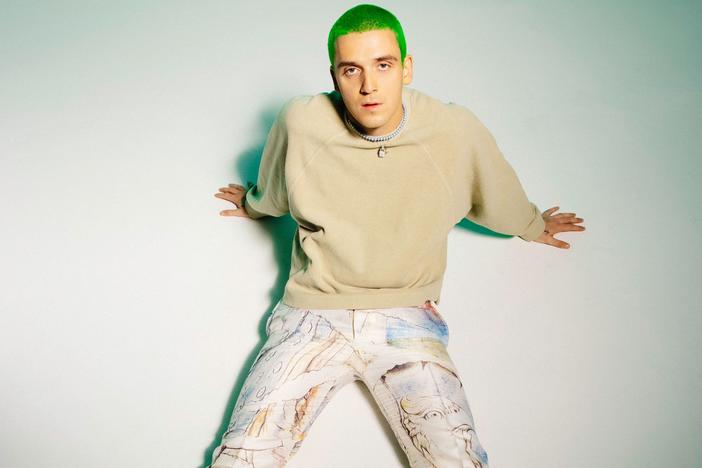 Lauv longs for the happiness of childhood on 'All 4 Nothing'

One of pop music's main advocates of normalizing mental health issues, Lauv released a new album on Friday; it's called All 4 Nothing.