Fears are growing that Russia will default on its debt. Here's what you need to know 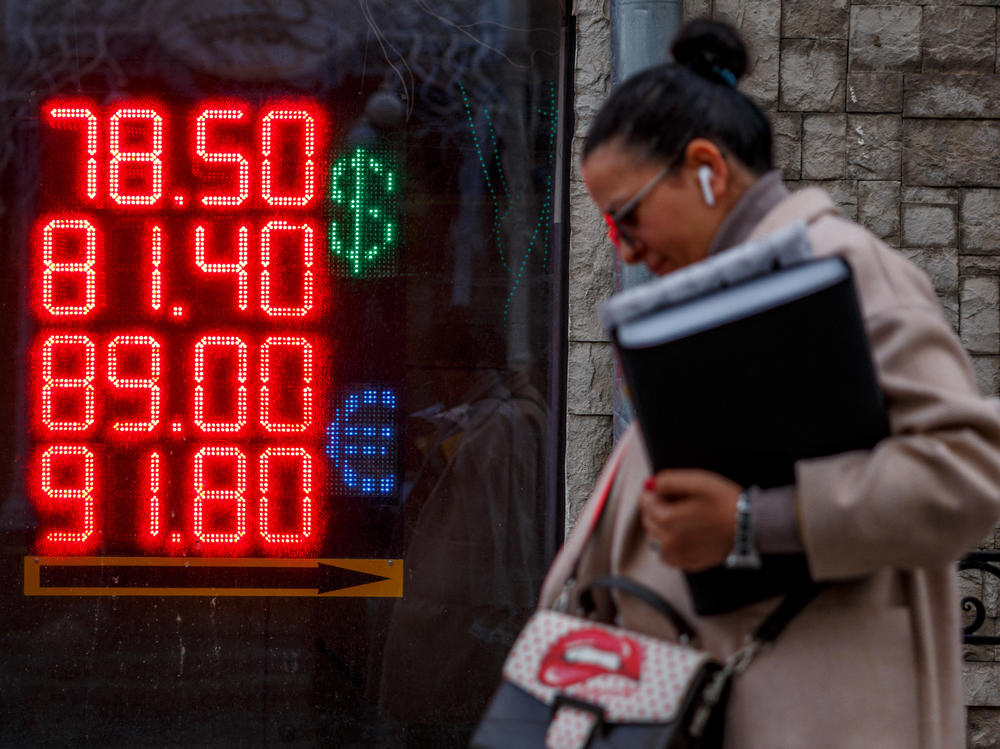 A woman walks past a display showing currency exchange rates of the U.S. dollar and the euro against the Russian ruble in Moscow on Feb. 22. Russia owes over $100 million in interest payments for two bonds on Wednesday as fears grow that the country will default on its debt. / AFP via Getty Images

Investors are preparing for the very real possibility that Russia will default on its debt, an event that threatens to further isolate the country from the global financial system, perhaps for years to come.

On Wednesday, Russia needs to pay a total of $117 million in interest payments on two bonds that are denominated in dollars. Right now, it is unclear how or if the country will pay them.

Failure to pay the interest would start a 30-day grace period for Russia to make good on the amount due.

But currently, Russia is largely shut out of its dollar reserves because of the sanctions imposed by the U.S. and its allies.

That makes it increasingly likely that Russia will default on its debt, the first time it would fail to pay its foreign-currency debt since the Russian Revolution over a century ago. (Russia defaulted on domestic debt in 1998.)

During an interview with CBS News on Sunday, Kristalina Georgieva, the head of the International Monetary Fund, sounded a pessimistic note. "I can say that no longer we think of Russian default as improbable event," she said.

That echoes what many investors and rating agencies have concluded recently.

In a note to clients, Morgan Stanley said a default is "the most likely scenario," and according to Fitch Ratings, "a sovereign default is imminent."

All three credit rating agencies have downgraded Russia to "junk" status, meaning its debt is at higher risk of default.

Here's what to know as the prospect of a Russian default looms. 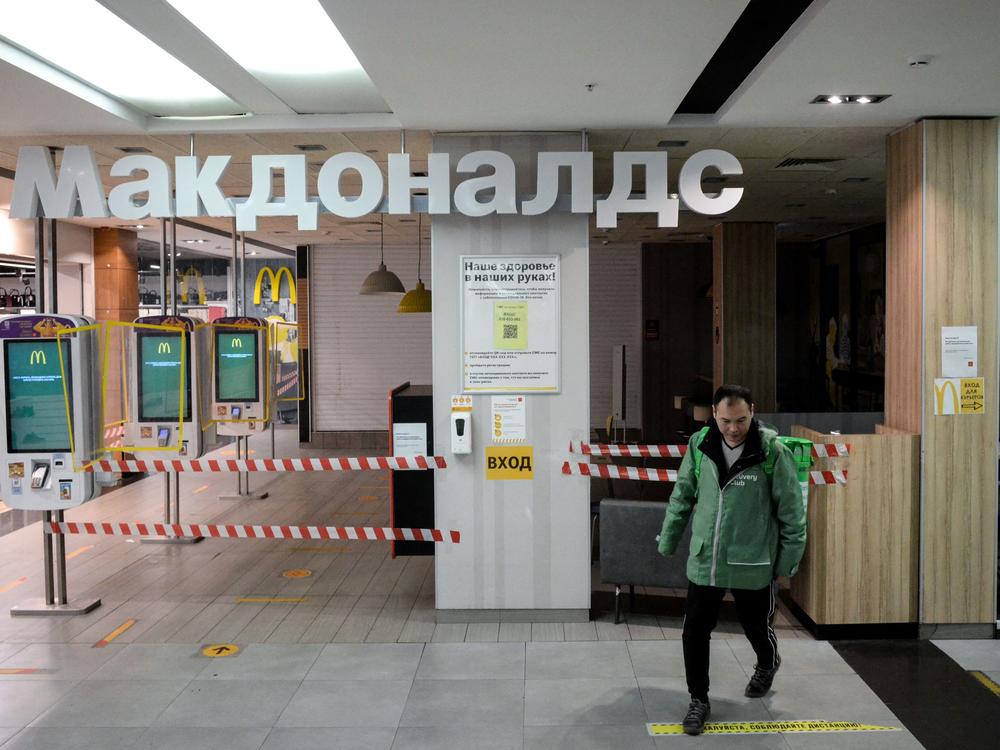 A view of a closed McDonald's restaurant at a shopping mall in Moscow on March 16. The fast-food chain said this month it was suspending its operations in Russia as part of a wave of global companies cutting ties with Russia. / AFP via Getty Images

What does Russia need to pay on Wednesday?

Like many countries, Russia raises money from global investors by selling a variety of debt and paying interest on the bonds.

On Wednesday, Russia is obligated to pay interest on two dollar-denominated bonds that mature in 2023 and 2043. Those payments total $117 million.

It's the first of a series of interest payments Russia needs to pay in the weeks and months ahead.

According to Morgan Stanley, Russia has 15 bonds outstanding that are denominated in dollars and euros, and altogether, they are worth $39.6 billion.

Russia is seen as unlikely to tap into its dollar funds to pay the interest to investors, given that the country desperately needs to hold onto its foreign currency reserves because of the global sanctions.

"I suspect Russia is not going to pay," says Mitu Gulati, a professor at the University of Virginia who is an expert on sovereign debt. "They need to preserve their foreign capital."

Russia has indicated it's willing to pay holders of the two bonds, but in rubles, not dollars. Russia argues it's unable to pay in dollars because of the sanctions.

However, most experts say any ruble payments would fall short of Russia's obligations given that there is no clause in these two bonds that would allow the country to make the payments in any other currency.

Rubles have also plummeted in value anyway, and foreign investors would likely struggle to convert them into most other major currencies. 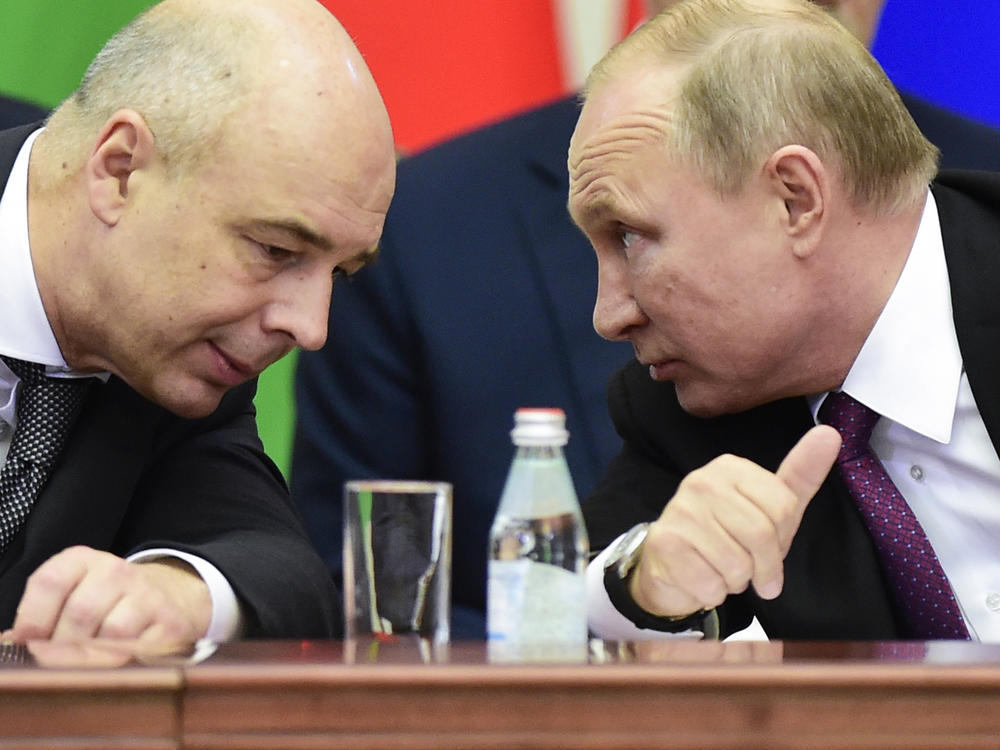 What if Russia doesn't make the interest payments?

The country does have a little breathing room. There is a 30-day grace period baked into each of these two bonds, which means Russia really has until April 15 to make the payments.

If Russia does default, investors can seek remedies in global courts, but experts say this will be difficult timing-wise because Russia's invasion of Ukraine is still underway and so much is up in the air.

As the weeks wear on, Russia will face other deadlines. An interest payment on another bond, which matures in 2030, is due on March 31. But its grace period is only 15 days, so Russia's hard-and-fast-deadline for that bond will also be April 15.

What would be the consequences of a debt default?

For Russia it would mean further isolation from the global financial system.

Russia is already facing a slew of sanctions, and it has seen an exodus of global companies after its invasion of Ukraine.

Failing to pay debt obligations is seen as a serious breach of global financial rules, and it would likely make Russia more of a pariah among investors, which would likely feel burned by the country's default.

Losing the ability to raise funds in global currencies is a big deal, though Russia has a reprieve of sorts given that European countries have not sanctioned Moscow's energy exports.

Is there a risk of a broader contagion?

The views are still split.

In 1998, when Russia defaulted on its ruble-denominated debt, that helped kick off a cascade of events that shook global markets, which were at the time already reeling from the Asian financial crisis.

Still, some analysts don't see much room for concern. Despite its land and population size, Russia was never considered a major player in the global financial system, and the country has been shunned after its invasion of Ukraine.

That said, a default comes at a fragile time for global markets, which are already having to deal with a surge in inflation in many parts of the world and the deep economic uncertainty over the fallout from Russia's war in Ukraine. 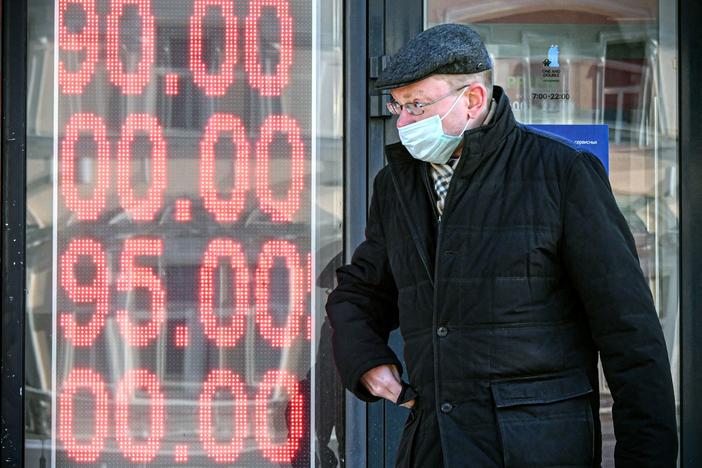 Events over the past week have brought Russia precariously close to its first default on foreign debt since the Bolshevik Revolution over a century ago. 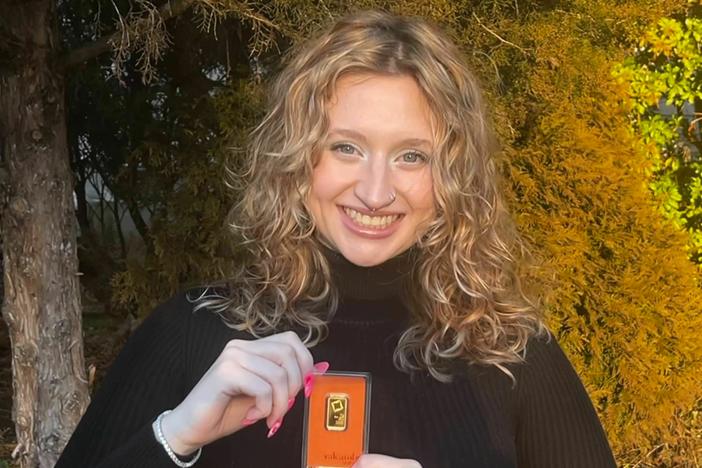 After decades of being seen as a go-nowhere investment, investors are taking a shine to gold again. 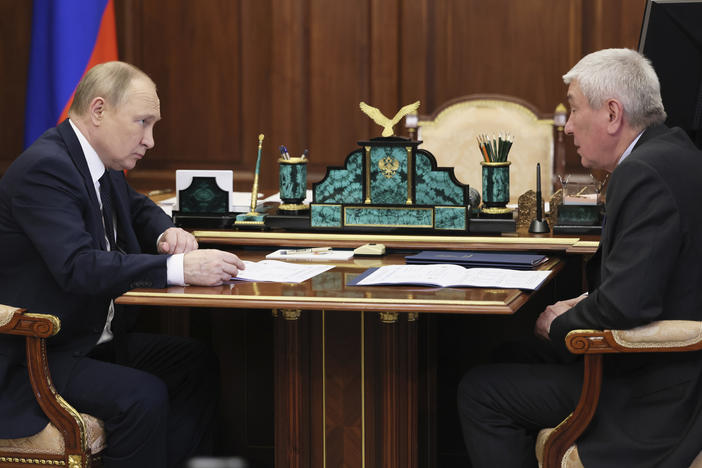 The clock ran out on Russia's payments. But there's a twist: Russia does not consider itself in default because the country has the money, just its payments have been blocked by Western sanctions.