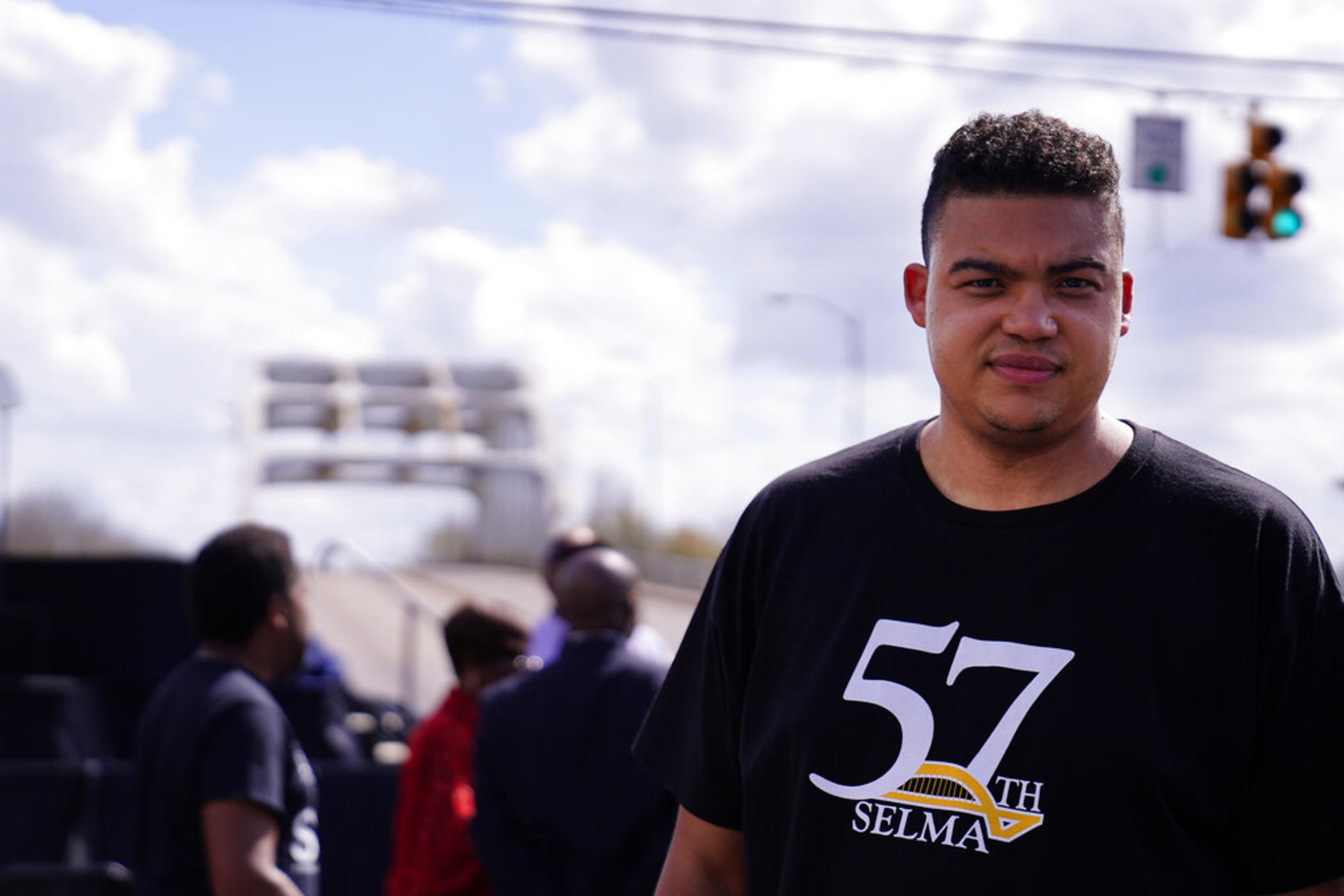 Caption
Elliott Smith stands near the Edmund Pettus Bridge in Selma, Ala., on the anniversary of "Bloody Sunday," a landmark event of the civil rights movement, Sunday, March 6, 2022.
Credit: AP Photo/Brynn Anderson

For longer than Elliott Smith can recall, annual commemorations of the historic voting rights marches from Selma to Montgomery, Alabama, doubled as family reunions.

He first attended as a newborn. At Selma's iconic Edmund Pettus Bridge where demonstrators were stopped, tear gassed and brutally beaten by state troopers on the fateful "Bloody Sunday" in 1965, Smith's great-aunt, the late Amelia Boynton Robinson, pushed him across in a stroller during the 30th commemoration.

"I consider myself a movement baby," he told The Associated Press.

Twenty years later, Smith would switch roles with Boynton Robinson, the Selma voting rights strategist and civil rights movement matriarch: Mere months before she died, Smith guided his great-aunt's wheelchair across the bridge during the 50-year commemoration of the march she helped lead.

Now, at 27, Smith himself is in Selma leading a multiracial delegation of millennial and Gen Z activists who intend to reshape the ongoing voting rights debate around their generations' access to political power and socioeconomic justice.

"If our national narrative is just focused solely on voting rights and an attack on Black people, then our message is too narrow. We are missing it," he said, previewing a message he intended to share in Selma.

Tens of millions of young Americans will have become eligible to vote between the 2016 general election and the upcoming midterm election, which Smith sees as an opportunity to reenergize civic engagement among young adults and pay homage to his great-aunt.

"We have to expand our framing and always tie the struggle for the right to vote to the struggle of a low wage worker not getting a living wage," added Smith, co-director of student and youth engagement for the Poor People's Campaign, a revival of the Rev. Martin Luther King Jr.'s economic justice campaign.

Along with the Rev. Jesse Jackson's Rainbow PUSH Coalition and the Transformative Justice Network, Smith planned another reenactment of the 1965 marches on Monday. The group will take on an 11-mile (18-kilometer) stretch of the original route toward Montgomery.

Marchers from other groups are expected to take their own stretches of the route throughout the week and reach the capital city for a rally on Friday.

For decades, march commemorations were faithfully attended by the stalwart foot soldiers of the movement. They nudged their nieces, nephews, children and grandchildren to carry the cause beyond the bridge. But as the commemorations became a standard photo op for elected officials and candidates to shore up their civil rights bona fides, young people's historic place and presence in the movement was obscured.

"The most popular memory today of the movement is one that's largely led by older Black intellectuals and activists, and that's a convenient memory, but it's not fully accurate," said John Giggie, an associate professor of history at the University of Alabama and director of the Summersell Center for the Study of the South.

Whether it's civil rights history in Selma, Montgomery, Birmingham or tiny Greensboro, nearly every part of the Alabama racial justice movement depended on the willingness of people as young as high schoolers to take risks and make sacrifices, Giggie said.

"How have we not served the younger generation well? By not insisting that, when you look back, you need to see yourself in this movement," he added.

That wave was driven, in part, by false claims from former President Donald Trump and other Republican leaders of widespread voter fraud in the 2020 presidential election. According to the Brennan Center for Justice, between the start of 2021 and mid-January of this year, lawmakers in 27 states introduced, pre-filed or carried over 250 pieces of legislation that the center described as voter suppression measures.

With midterm elections approaching this fall and narrow Democratic control of the House and Senate on the line, some fear the window of opportunity has nearly closed to beat back state-level voter suppression. And with stakes so high, advocates see this year's Selma commemoration as a crucial rallying point.

Smith, who organized campus voter registration drives while a student at Virginia's Radford University, said he sees the inaction in Washington as an insult to the memory of all who bled on the bridge in Selma 57 years ago.

Boynton Robinson, one of the first Black women to successfully register to vote in the 1930s Jim Crow South, spent decades organizing and attempting to register Black people to vote in towns controlled by segregationist white leaders. Her efforts culminated in the 1965 marches, to which she invited King, hoping he would help nationalize the voting rights struggle.

On March 7, 1965, before King could arrive in Selma, state troopers and members of the Dallas County sheriff's posse stopped demonstrators at the foot of the Pettus bridge. A trooper bashed the head of John Lewis, the late congressman who was then a student activist, during the fracas that left dozens injured.

Boynton Robinson recounted to her great-nephew how she'd been struck, once in the arm and once in the head, leaving her on the ground gasping for air as the local sheriff stood by refusing to offer aid.

Gruesome images of the violence spurred passage of the Voting Rights Act of 1965. Until nearly a decade ago, the federal legislation required U.S. Department of Justice lawyers to review voting law changes in states with histories of racial discrimination. The Supreme Court's 2013 decision in Holder v. Shelby County — an Alabama jurisdiction — removed that requirement, which critics say cleared the way for a nationwide spate of regressive voting laws.

"With all the voter suppression tactics happening, it's so clear that what our ancestors were talking about in the '60s is still relevant today," Smith told the AP.

The Rev. William Barber II, co-chair of the Poor People's Campaign, said he had initially turned down an invitation to speak at Sunday's event, insisting Smith speak in his place. Ultimately, Barber delivered portions of Smith's prepared remarks with the 27-year-old's blessing.

"At Elliott's age, King was leading the Montgomery bus boycott," Barber told the AP. "We shouldn't have people waiting until they're 40 and 50 to take up leadership in the movement. His generation needs to speak. They are the people not of tomorrow, but of right now." 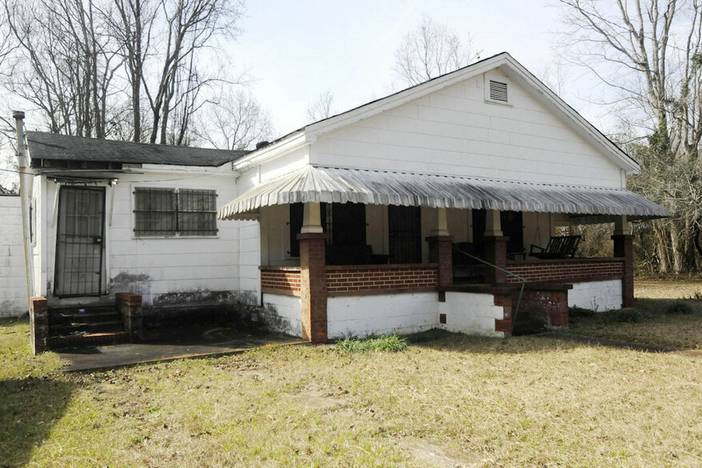 A little-known but important piece of American history stands vacant on a two-lane highway in rural western Alabama. It's the house where Martin Luther King Jr. and Coretta Scott were married in 1953. 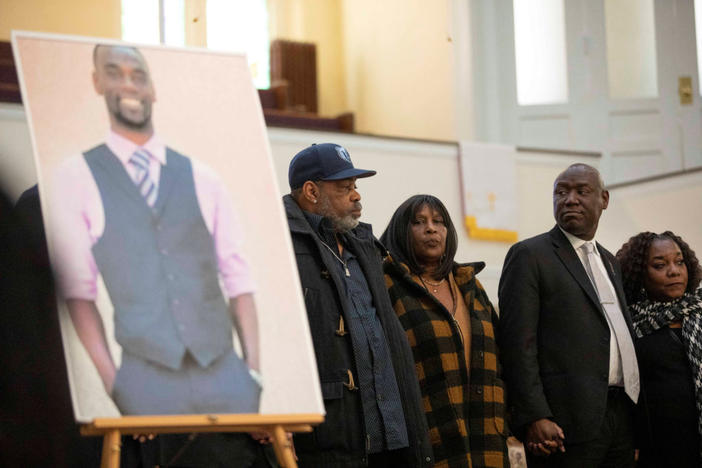 The Georgia State House held a moment of silence this morning for Tyre Nichols, the unarmed Black man killed in Memphis.

Georgia LGBTQ advocates are applauding the show of support for a south Georgia school administrator who resigned. 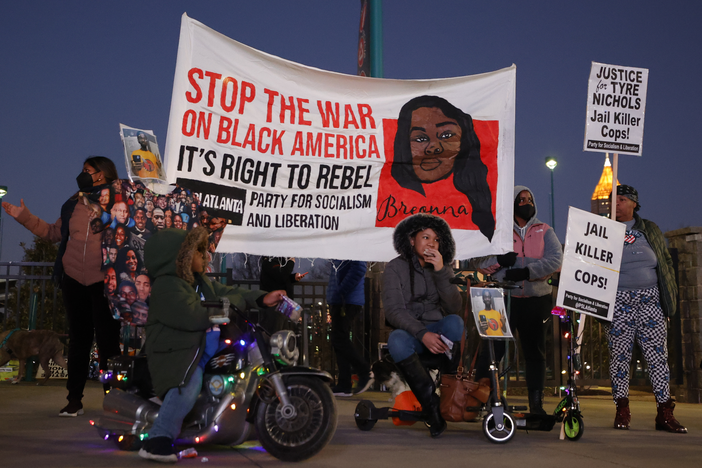 Georgians reacted this weekend to the release of video footage of the deadly beating of Tyre Nichols by Memphis police.

Addiction recovery advocates are asking lawmakers to fund programs to help the growing number of people dealing with substance use disorder.

Visitors to Savannah's riverfront on Friday got a rare look at a boat specially designed to detect North Atlantic right whales.