Student loan scams are on the rise. We cover some of the red flags.

Like millions of Americans, Emmy Ross has a bunch of student debt. And like many borrowers, she's been inundated with phone calls offering to help get those loans forgiven basically since the day she graduated.

EMMY ROSS: Pretty straight out of the gate.

NADWORNY: But there was something not quite right about these calls. On one, the caller asked for her PIN, and Emmy didn't have that.

ROSS: Well, I forgot it, so I need help accessing my account. And, oh, you can't do that 'cause you're not actually with the government. OK, well, this is clearly a scam (laughter).

NADWORNY: Her mom, Jing Su, was also getting these calls about Emmy's loans, but she wasn't as informed about who might be on the other end.

JING SU: I thought it was serious because they are so persistent. I said, I got a call again. So what is the story, you know?

ROSS: It was just - every time we would get on the phone, she'd be like, oh, did you call the student loan people yet? And every time, I'd be like, Mom, it's not real. It's a scam.

NADWORNY: Thankfully, the callers didn't get any info out of Emmy or her mom, most importantly payment info. But not everyone has been so lucky. This winter, the Federal Trade Commission warned about an increase in student loan scams. Those scams prey on confusion. President Biden said during his campaign that he'd be open to forgiving some student debt, but that hasn't happened yet, although it does have people hopeful.

The federal government has put federal student loan payments on pause during the pandemic. That pause is now set to expire at the beginning of May, so people are anxious, and scammers know it. They're promising to reduce payments or even cancel student debt entirely. They'll just need your credit card number. They use social media, text messages but most commonly phone calls, and the scripts are pretty convincing. I've gotten a couple of these calls myself, and so did my producer, Lauren Hodges.

SHAY: Hi. This is Shay with SLA Servicing.

HALEY: Hey. This is Haley with SLA Servicing.

SHAY: We're in the process of pre-enrollment for all loan forgiveness.

HALEY: And we are starting pre-enrollment for all loan forgiveness files and possible loan discharge files. It's going to be a bit more challenging as deadlines come.

SHAY: It's going to be a bit more challenging as deadlines come to complete the process, so we...

HALEY: So I do hope to hear from you soon.

SHAY: And I hope to hear from you soon.

NADWORNY: Some calls even sound like they're coming directly from the government.

UNIDENTIFIED PERSON: This message is from the Department of Education. All programs for student loan forgiveness will be stopped immediately. In order for you to qualify, you must apply within the next 24 hours, or you will not be able to have your student loan...

ANDREA MATTHEWS: When people can't get clear information that they need from their student loan servicers, they can become more susceptible to scammers.

MATTHEWS: If consumers had an easy, convenient channel of communication to their servicers and they knew that if they had any question at all, they'd be able to call up their servicer and be able to get accurate, actionable information and that they didn't have to worry about sloppy student loan servicing practices derailing them from understanding their options, then I think consumers would be in a far less vulnerable position than they're in right now.

NADWORNY: She says if you get a call about your student loans and suspect it's a scam...

MATTHEWS: Hang up the phone (laughter), and call your student loan servicer directly.

NADWORNY: But it can be really hard to tell sometimes. So what are some of the red flags you should listen for?

MATTHEWS: A legitimate servicer is never going to ask you for your password, and you should never be sharing that information over the phone with anybody.

NADWORNY: Matthews also says servicers already have consumers' basic personal info, so they shouldn't be calling and asking for that, either. But what do you do if you've already taken the bait? It's OK. You're not alone. Here's what you can do.

MATTHEWS: If you've given payment information, you want to call your bank and put a hold on that account immediately so that scammers are not able to get - extract more payments from you, get more money out the door.

NADWORNY: Andrea Matthews says you can submit a complaint to your state attorney general, the Federal Trade Commission or to her office at the CFPB. Scams like this - they rely on a certain degree of embarrassment and shame from their victims, so much that people don't report it when it happens.

Financial security can be a very emotional subject. For Emmy's mom, Jing Su, the idea that her daughter could find some sort of debt relief was so exciting that she jumped at the opportunity.

SU: Because I have no ability to help to pay for it, either. So if I hear of any programs that can help her to reduce the debt, that's what grabbed my attention.

NADWORNY: Emmy says the whole saga did put a bit of a strain on their relationship, but she doesn't blame her mom for finding these offers so attractive. Emmy actually admits that anyone promising to help will have her attention, too, at least at first. And she's not the only one.

ROSS: Since, in general, I think for millennials and probably Gen Zs at this point, like, it is a struggle, period. We're like, oh, my God, please, any kind of relief at all whatsoever - because it's hard.

NADWORNY: The Department of Education estimates that about 45 million people have outstanding student loans, totaling more than $1.5 trillion. The mere idea of debt forgiveness is making a lot of these people hopeful and maybe more likely to return a scammer's phone call. 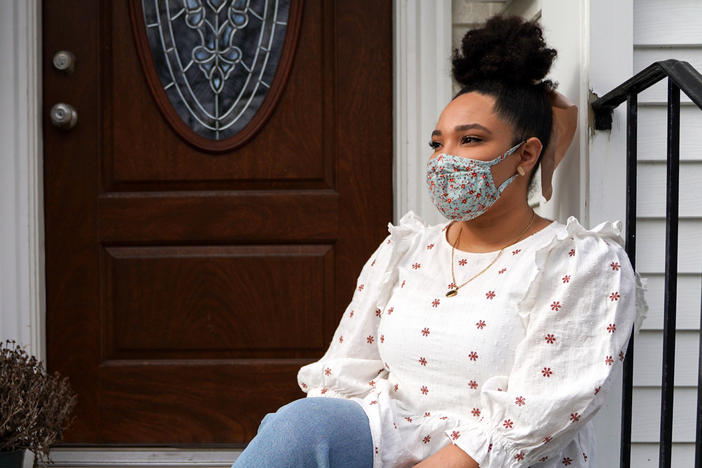 No College, No Problem. Some Employers Drop Degree Requirements To Diversify Staffs

More employers are focusing on skills rather than credentials, creating an opportunity for job candidates without college degrees to land positions. 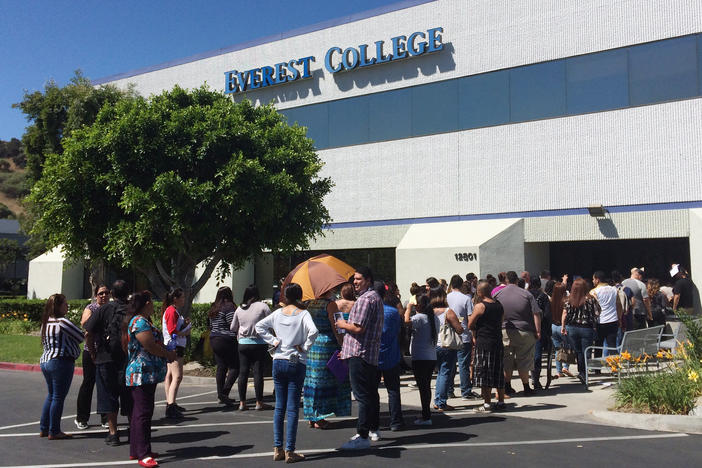 U.S. will forgive $5.8 billion of loans to Corinthian Colleges students

Students affected do not have to take any further action to secure their funds, and the Department of Education will begin notifying those students soon, the agency said. 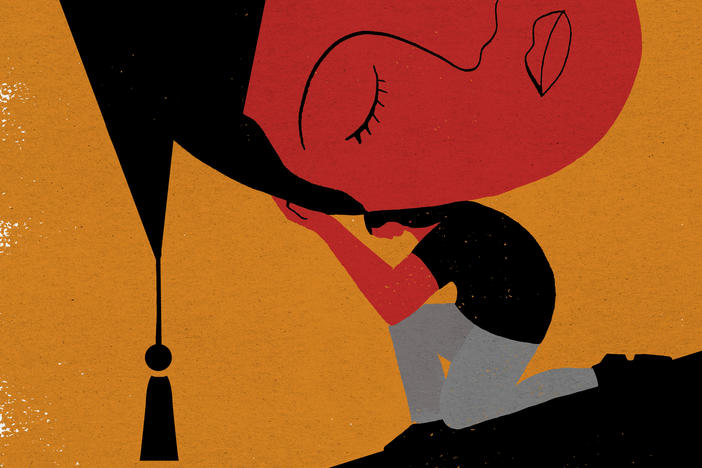 Student loan interest rates reset every May. This year, they're on the rise.