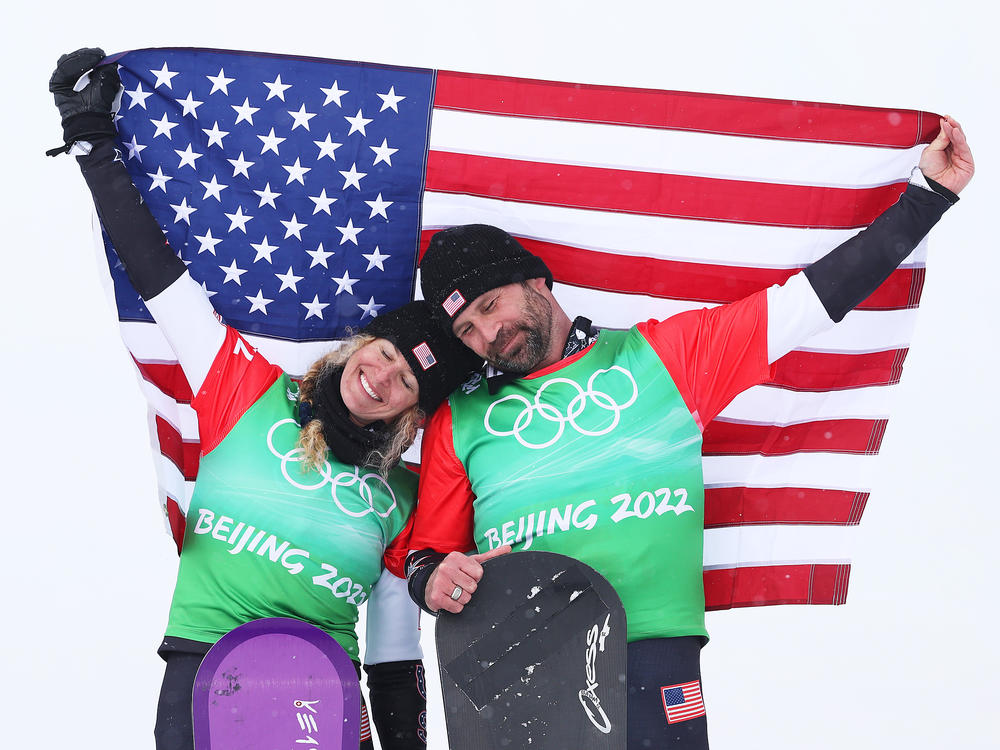 BEIJING — U.S. snowboarders Lindsey Jacobellis and Nick Baumgartner made history in more ways than one after winning gold at the mixed team snowboard cross event in Beijing.

The two made the record books for their win at the first ever mixed team snowboard cross competition to be held at any Winter Games. But this accomplishment at their ages — Jacobellis is 36 and Baumgartner is 40 (older than the other snowboarders competing at this level) — makes their win all the more momentous.

Baumgartner said simply of their age: "We embrace it. We are what we are."

This is Jacobellis' second gold during the 2022 Beijing Winter Olympics.

Earlier in Beijing she became the oldest American woman to win a gold medal at the Winter Games. Now she adds another.

With this win Saturday, she is now only the second Olympian ever to win two snowboard gold medals in the same Olympic Winter Games. She joins American-born Russian snowboarder Vic Wild in this record. Wild won the men's parallel slalom and parallel giant slalom events for Russia at the 2014 Sochi Games.

This win gives Baumgartner his first gold ever — making him the oldest snowboarder to win a medal of any hue at an Olympic Winter Games, according to the U.S. Olympic & Paralympic Committee. 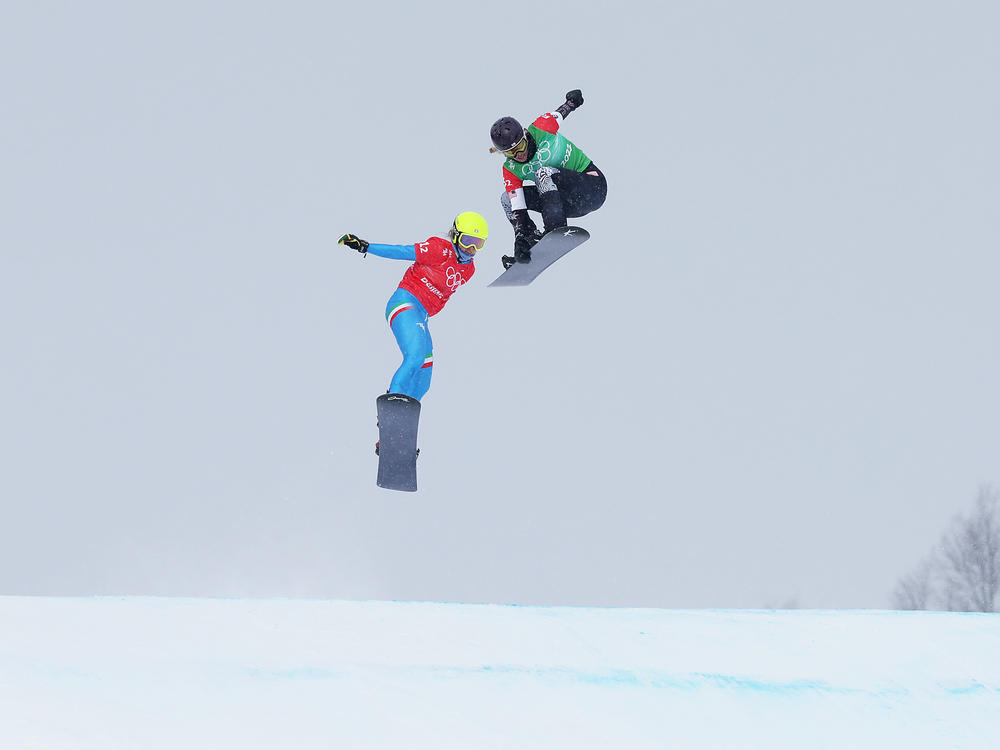 Baumgartner has been chasing a medal in snowboard cross events since his first appearance at a Winter Games in 2010 in Vancouver. The closest he previously got to a podium was a fourth place finish at the 2018 Pyeongchang Winter Games in men's boardercross.

The two executed a nail-biting performance during the heart-pounding relay race. Baumgartner took the lead early against two teams of competitors from Italy and Canada, giving Jacobellis a tiny 0.04 second lead.

She took off to win her wave by 0.20 seconds ahead of Omar Visintin and Michela Moioli of Italy, who claimed silver. Eliot Grondin and Meryeta Odine of Canada won bronze following 23.43 seconds behind.

It snowed on Saturday in Zhangjiakou — and that fresh snow layered on top of artificial snow created at the venue affected the course. But Jacobellis and Baumgartner used their years of experience to their advantage, they said. 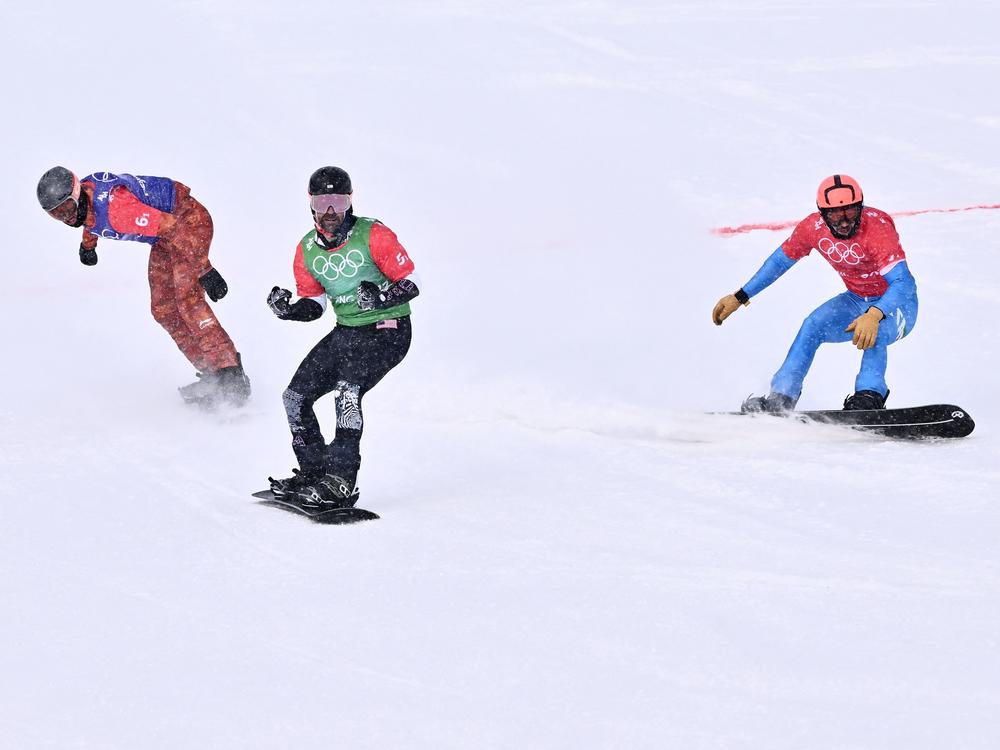 "I tried to remember my old X Games days and jump as hard as I can on every jump to try to make the landing and use the draft when possible," Jacobellis said. "I definitely am very comfortable riding very closely to other riders and then trying to execute off that speed that I gain from them."

Pushing so close to other riders may scare a younger competitor, Baumgartner said.

"That's something about being the veterans ... we've had so many heats under our belt that we have to ride so close to people, and in conditions like this, the draft is so important and you have to be able to stay in it until the absolute possible last second," he said. "That doesn't scare us because we've done it so many times." 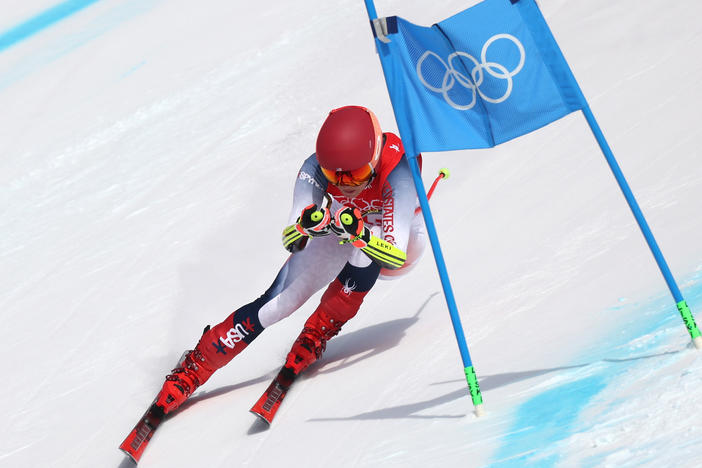 "Coming back out and getting the chance to race again was just the perfect thing to do, actually," Shiffrin said. She had failed to finish qualifying runs in two events earlier this week. 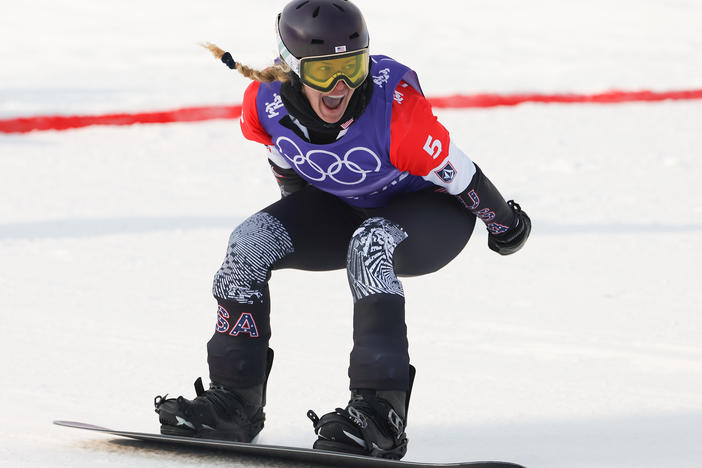 Lindsey Jacobellis wins the U.S. its first gold medal at the 2022 Beijing Olympics

Jacobellis, a five-time Olympian, won her first gold medal during the women's snowboard cross event on Wednesday. She is also the oldest American woman to win a Winter Olympics gold medal. 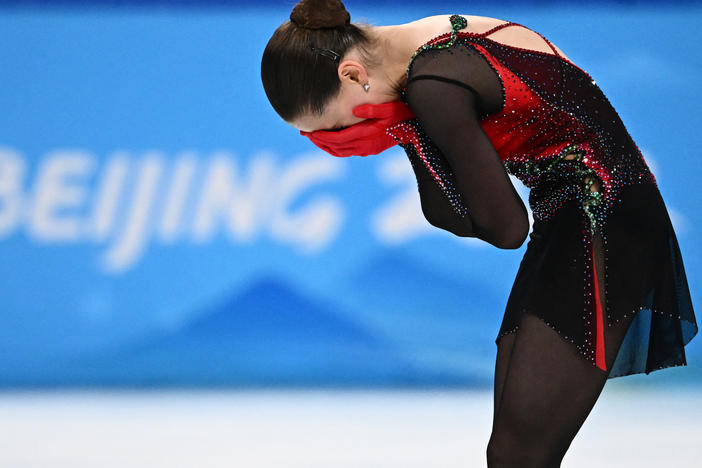