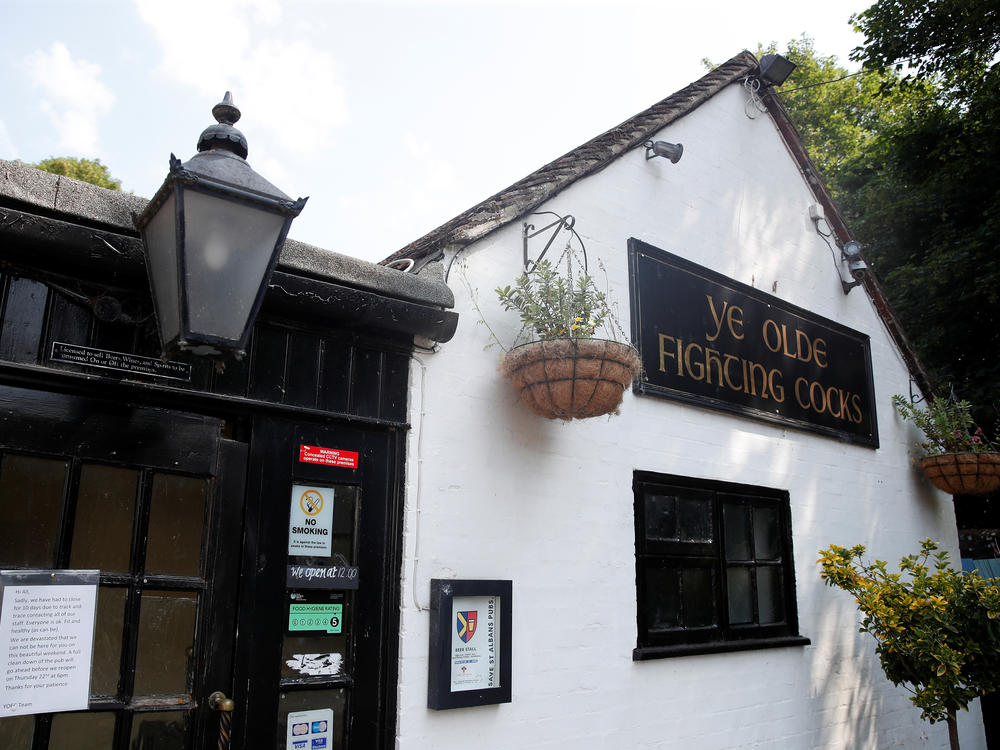 The landlord of the centuries-old Ye Olde Fighting Cocks pub, pictured last July, said last week that it would close, though there is hope it will reopen under new management.

Ye Olde Fighting Cocks in St. Albans, England, claims to be the oldest pub in Britain, with a storied past featuring medieval pigeons, Oliver Cromwell and a series of tunnels once traversed by monks.

But its future is now uncertain after the property's landlord announced it will be closing because of economic difficulties wrought by the coronavirus pandemic.

Christo Tofalli, who bought the pub in 2012, said in his Friday Facebook post that "a sustained period of extremely challenging trading conditions" was to blame. Escalating business rates and taxations were tough even before the pandemic hit, he explained, and with tight profit margins and no safety net, the pub was unable to meet its financial obligations.

"Along with my team, I have tried everything to keep the pub going," he wrote. "However, the past two years have been unprecedented for the hospitality industry, and have defeated all of us who have been trying our hardest to ensure this multi-award-winning pub could continue trading into the future."

Tofalli thanked pub staff, regulars and visitors, saying he was heartbroken for the Fighting Cocks family and honored to have played "even a small part in its history."

Ye Olde Fighting Cocks dates back to the 8th century, according to its website. The octagonal, free-standing structure was built in the 11th century and moved to its current location in 1539.

It's been used over the years as a pigeon house, an inn and the site of numerous cockfights before the sport was banned in 1849. Oliver Cromwell reportedly spent a single night at the inn during the Civil War of 1642-1651, before he was designated lord protector.

The building itself has "quite low ceilings as well as intriguing nooks and crannies," the website says. There are tunnels stretching from the beer cellar to nearby St. Albans Cathedral, which were reportedly frequented by monks.

It bills itself as Britain's oldest pub. A spokesperson for Guinness World Records told NPR over email that Ye Olde Fighting Cocks used to hold that record, but the title has been inactive for some time.

"This record was rested in 2000 when it became clear that it was not possible to verify it in full," the spokesperson wrote. "Even when we did publish information in this regard in the past, we were never able to state definitively which was the oldest pub in the country, since the age and historical usage of buildings is in many cases uncertain."

While the pub may be of special historic status, it's far from the only one that has been forced to shut its doors during the pandemic.

Nearly 10,000 licensed premises (including pubs, clubs and restaurants) permanently closed in 2020, SkyNews reported. That represents a 175% rise in net closures compared with the previous year.

Tofalli told The Washington Postthat this past Christmas was his "last chance" to save the pub. Although public health measures didn't prevent pubs from operating, the omicron surge kept enough people home to prevent it from making up its shortfall.

There appears to be hope on the horizon, however.

Tofalli said he was working with brewery owners Mitchells & Butlers "to lessen the impact" of the pub's closure. And a spokesperson for the company told CNN that it is working to reopen it.

"We can confirm that sadly our tenants at Ye Old Fighting Cocks have appointed administrators but can reassure locals that this is not the end for the pub," they said in a statement. "We are currently exploring all opportunities for the site's future and hope to reopen the pub under new management as soon as possible."

There have been other efforts to keep the pub in business, like a GoFundMe page that raised nearly $4,500 before it stopped accepting donations.

Tofalli wrote on Facebook that he couldn't take the money, saying staying open would cost too much to make sense.

"To save my dream we need a fairy godmother with a few quid doing nothing who simply wants the pub to survive for future generations," he said. "I haven't found one with a spare £3m in 10 years so it's unlikely."

But he said he was humbled by the idea and the messages of "joy and pain" he had received after his initial announcement.

Tofalli told the BBC that within hours of his Facebook post going live, he was inundated with messages of support from locals as well as international onlookers.

"To be reading about the impact we've had on people is mind-boggling and extremely humbling. We became an important part of the community ... the family we created was huge," he said. "The time has come for me but we will make sure the handover is seamless and the synergy keeps going." 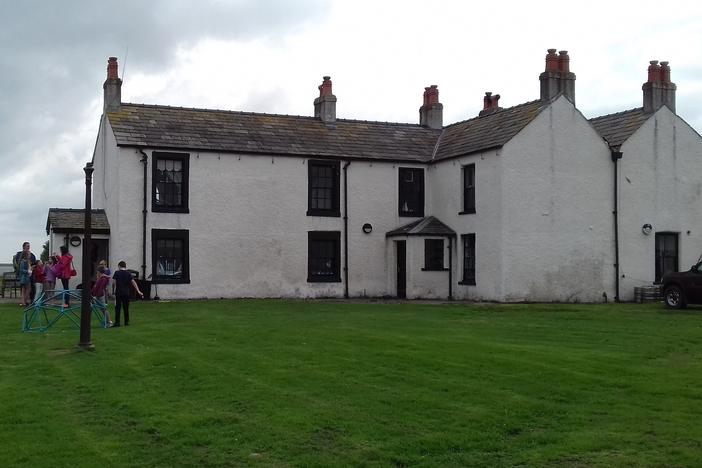 Piel Island is made up of 50 acres a half-mile off England's northwestern coast, home to wildlife, castle ruins and a centuries-old pub. It's looking for a new landlord, who will also be crowned king. 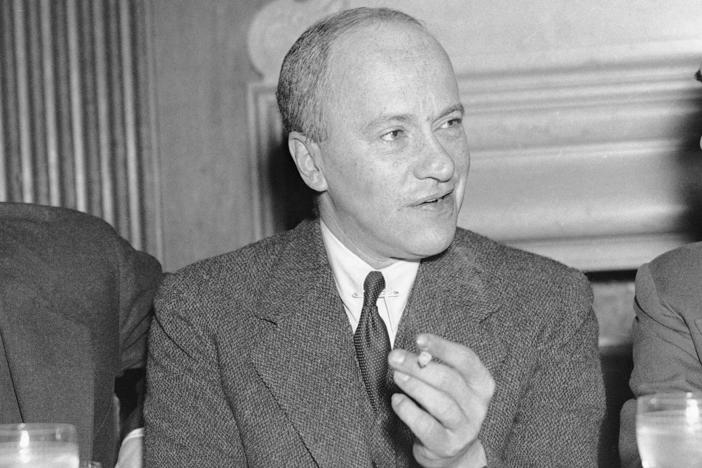 In 1932, The New York Times' Walter Duranty won a Pulitzer for stories defending Soviet policies that led to the deaths of millions of Ukrainians. The Times disavows his work but not the prize.

Germany pledged to 'never forget' the Holocaust. Its car companies complicate that

The Nazi legacies of Germany's wealthiest families highlight the country's challenge to make good on its commitment to "never forget" the Holocaust, according to author David de Jong.