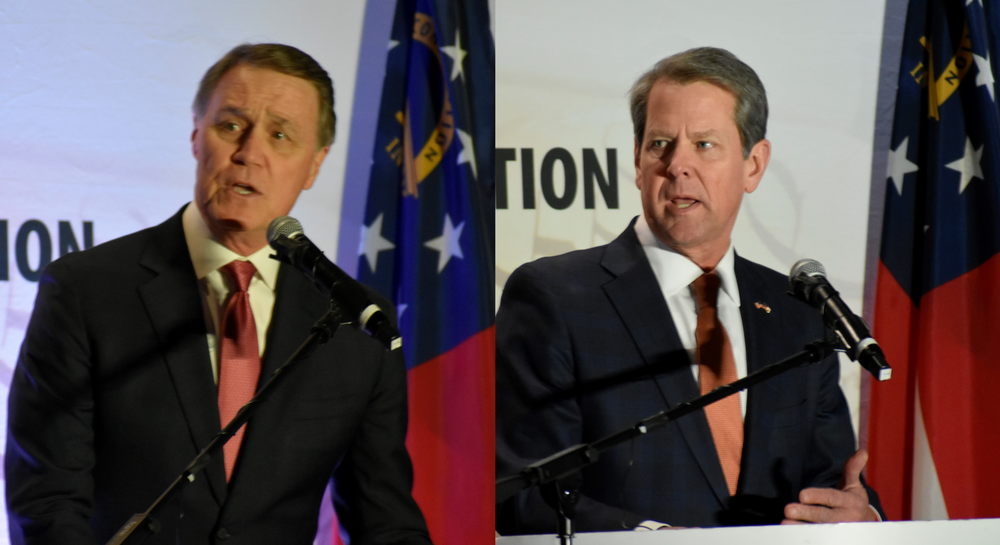 Lawyers for Gov. Brian Kemp and former Sen. David Perdue continued their arguments last week over the governor’s access to an uncapped spending account, setting the stage for a potential return to the courtroom the week of Valentine’s Day.

Perdue’s lawyers say a bill signed into law by Kemp last year leaves the former senator at an unfair fundraising disadvantage. It allows high-ranking elected officials, including the sitting governor, to raise unlimited cash during the three-month legislative session leading up to the party primary using special “leadership committees.”

Last week, U.S. District Court Judge Mark H. Cohen asked Perdue’s team to amend their complaint, which named Kemp in his capacity as governor but did not name his leadership committee, Georgians First.

The amended complaint, filed Feb. 1, includes Kemp in his personal capacity as well as the committee. Perdue is asking the judge to prevent Kemp and Georgians First from spending any leadership committee money, including on advertisements depicting Kemp or Perdue that they have already paid for but have not been released, unless the depictions are required by an existing contract.

In the days since, both sets of lawyers made First Amendment arguments in court filings, with Kemp’s side arguing that halting his committee would stifle the free speech of people who want to donate.

“Perdue essentially asks this Court to silence members of the public who wish to directly support Governor Kemp during a significant portion of the primary election process, when the duly enacted statutory framework had provided them assurances that they would have a mechanism, both operationally and temporally, to express that support,” they write. “Perdue’s requested relief would now deprive them of the opportunity to exercise their First Amendment rights.”

“There can be no serious dispute that these ‘asymmetrical limits’ severely burden Senator Perdue’s freedom of speech and association,” they argue. “Money is the lifeblood of modern political campaigns because ‘virtually every means of communicating ideas in today’s mass society requires the expenditure of money.’”

Senate Bill 221, which created the leadership committees, came under fierce opposition last year from Democrats in the Legislature, who said it amounted to an incumbent protection act.

“The Supreme Court has been extremely skeptical of limits on campaign expenditures and contributions in general — in contexts other than this, the Supreme Court hasn’t faced this context,” he said. “But it strikes me that when the legislature starts putting on time periods and different rules for different people, there is a very good chance that under Supreme Court doctrine, that would not survive a court challenge.”

In a court filing, Georgians First asked for time to present its side of the story.

The lawyers proposed a timeline including a hearing the week of Feb. 14, or at the court’s convenience. The session is set to end April 4, at which time Kemp would be subject to the same limits as Perdue, a maximum of $7,600 per person for the May 24 primary and up to $4,500 for a potential runoff.

Kemp’s team may be reasoning that the more time it has before the court date, the better. Cohen told the court last week he could decide to halt further spending from the leadership committee, but he could not prevent purchases that had already been committed to.

“The advantage afforded Governor Kemp by his leadership committee grows with every day that a video or website posted by Georgians First remains up,” said Perdue campaign manager Taylor Brown in a court filing. “The advantage afforded Governor Kemp also increases with each new video, email, website, or advertisement targeting Senator Perdue and paid for by Georgians First. “

The leadership fundraising legislation requires committees to report contributions of $500 or more and file them with the Georgia Government Transparency and Campaign Finance Commission starting on the first day of the month two months before the election.

The Georgians First leadership committee has released several attack ads against Perdue, focusing on businesses he ran outsourcing jobs to China and his loss to Sen. Jon Ossoff.

Those ads, along with social media outreach and direct mailers, put Perdue’s campaign at a disadvantage, Brown said.

Kemp’s lawyers attempted to argue that Perdue, who was one of the richest U.S. senators during his time in office, is by no means unable to respond.

“He has significant personal wealth, a small portion of which could be used to counter the identified advertisements,” reads a court brief signed by Georgia Attorney General Chris Carr. “Additionally, Perdue is currently running advertisements criticizing Governor Kemp, belying the suggestion that he cannot respond. And the allegation that Perdue is unable “to respond” is undercut by the fact that he is able to rely on the support of President Trump, who has vocally supported Perdue, and is currently trying to push other candidates out of the election to minimize competition.”

The attorneys also accused the former senator of playing a waiting game by filing his suit Jan. 7, the eve of the session. They called it a “tardy lawsuit” seeking to change campaign finance law “at the proverbial eleventh hour.”

Kemp signed the leadership committee legislation on May 5, it became effective July 1 and Perdue announced his campaign Dec. 6, so waiting until the cusp of the session to file suit suggests Perdue is not as injured by the law as he portrays, the defense argued.