The former president alleged in Texas over the weekend that Black prosecutors investigating him are "racist." And that was not the first example in recent weeks of Trump employing racist rhetoric.

Former President Donald Trump is out doing rallies again. No surprise he is saying things that are controversial.

But NPR senior political editor and correspondent Domenico Montanaro has analyzed these speeches for npr.org and concluded that Trump is escalating a message rooted in racism and lies. Domenico, good to have you back.

DOMENICO MONTANARO, BYLINE: Hey, Ari. Thanks for having me.

SHAPIRO: Trump has always said and done things that are considered out of bounds for most politicians. What's different in these speeches?

MONTANARO: Well, Trump has always used white grievance to propel his message, you're right. And in rallies this month, he's been explicit. I want to play something he said, but some context first. You know, there are three investigations in New York and Georgia related to Trump's behavior after the election and how the Trump Organization finances have been managed. All three of the prosecutors in those cases are Black. You'll hear him talk about them in a pretty incendiary way.

DONALD TRUMP: If these radical, vicious, racist prosecutors do anything wrong or illegal, I hope we are going to have in this country the biggest protest we have ever had in Washington, D.C., in New York, in Atlanta and elsewhere because our...

MONTANARO: So this is his tactic - go after him, he attacks back and tries to undermine their credibility. With Black prosecutors, they're the ones who are racist despite Trump being the one using racist language. After that rally, one of the prosecutors - the Fulton County District Attorney in Atlanta - asked the FBI for security assistance for her office.

SHAPIRO: And we know that people who've opposed Trump after the election have faced death threats in some cases. What else is he saying at these rallies that fits into this racist messaging?

MONTANARO: Well, take another example. In New York, they're distributing therapeutics for COVID-19, but they're in limited supply, so it's issued guidance for how they should be distributed based on risk. As the CDC's very clearly outlined, those factors do include health and race. But listen here how Trump distorts that in an inflammatory way.

MONTANARO: I mean, it doesn't get much plainer than that. I mean, that's meant to foment racial animus and make whites appear to be victims. This is along the lines of something called white replacement theory that essentially says whites are being systematically replaced and their political power being deliberately reduced. We've seen this gain a lot of traction in conservative media and even among some Republicans in Congress, even though this is something that started in white supremacist circles.

SHAPIRO: Can you connect this at all to Trump's being banned from mainstream social media platforms? Does that factor into this?

MONTANARO: It could. You know, it could quite a bit. Trump is - was ubiquitous, you know. When he had access to social media, he was everywhere, all the time. Casey Miller, a professor at the University of Nebraska-Lincoln, has studied Trump's language and told me this.

CASEY MILLER: The intensification of that is the result of not having a platform. And I think the only way that you gain attention in the media ecology is to make bold and shocking pronouncements so that they get media coverage.

MONTANARO: So really interesting there - you can hear him talk about how Trump has really intensified this message so that he can get some more of that attention, and he needs to be able to do that to fire up his base. You know, if Trump runs in 2024, he'll no doubt fire up his base again with these kinds of culturally divisive issues, from how students are taught about racism in schools to immigration to white replacement. And we're going to hear more about it because Trump is planning to hold these rallies multiple times a month between now and Election Day, so he is not going away, Ari. 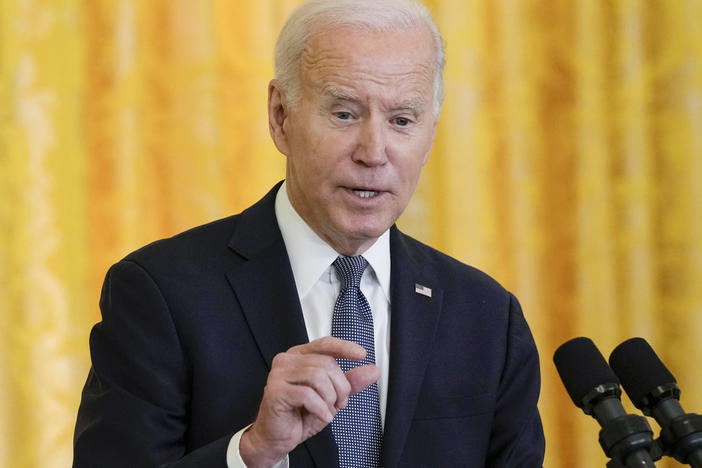 South Carolina will be the first primary in the nation in 2024, followed by New Hampshire and Nevada, then Georgia and Michigan. 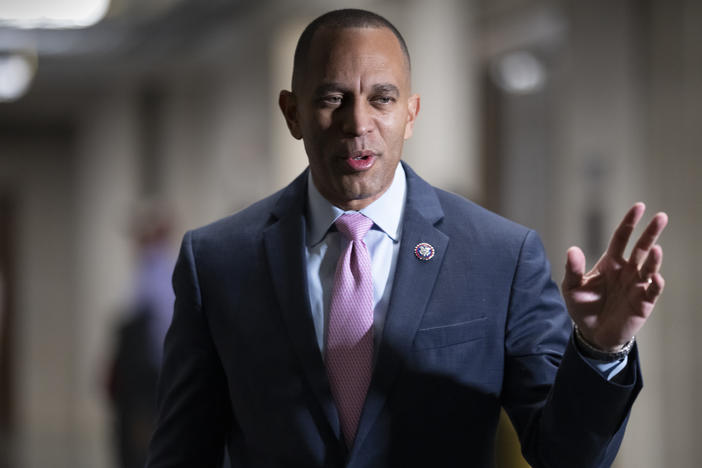 Rep. Hakeem Jeffries elected as leader of the House Democrats

Jeffries will replace Rep. Nancy Pelosi as the top elected Democratic leader. He represents a generational shift and faces challenges in a GOP House in January. 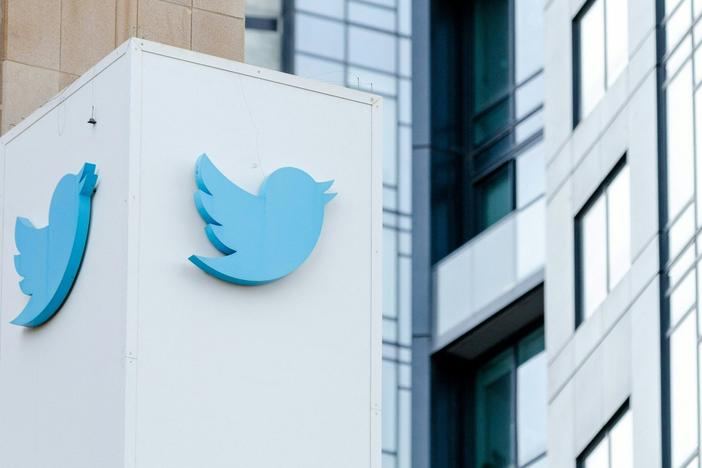