The world-famous aardvark first appeared in print over 45 years ago. The Emmy and Peabody award-winning TV show is about to begin its 25th and final season — and creator Marc Brown has a new book.

Some children's books grow up to be TV shows. Take writer and illustrator Marc Brown's series about a third-grade aardvark named Arthur. It was first published as a book in 1976. The TV version on PBS went on to win seven Emmy Awards and a Peabody.

(SOUNDBITE OF SONG, "BELIEVE IN YOURSELF")

ZIGGY MARLEY AND THE MELODY MAKERS: (Singing) And I say, hey, what a wonderful kind of day if you can learn to work and play and get along with each other.

INSKEEP: Yeah, that song is going to be in your head all day. "Arthur" is about to begin his 25th and final season of new episodes. And Brown marks the end of that era by turning his book that became TV back into a book called "Believe In Yourself: What We Learned From Arthur." Here's NPR's Elizabeth Blair.

ELIZABETH BLAIR, BYLINE: With his big, round glasses, little ears and two dashes for a nose, Arthur looks more like a bespectacled mouse than an aardvark. But he didn't start out that way. In fact, Marc Brown's original drawings of Arthur are more anatomically correct. On the cover of the first book, "Arthur's Nose," he's got a long snout. And he's not happy about it.

UNIDENTIFIED PERSON: (Reading) His nose was a nuisance at school. Francine, who sat in front of Arthur, complained to the teacher that Arthur's nose was always bothering her. I want to change my seat.

BLAIR: In 1976, Marc Brown was out of a job. The small Boston College, where he was teaching, announced it was closing. One night soon after, his son asked him for a bedtime story.

BROWN: Well, what shall this story be about? And he said, a weird animal. And I don't know why - I must have been thinking alphabetically because aardvarks popped into my head. And then he wanted to know his name - and again with the alliteration. And then he asked me to draw a picture. And the thing that stood out for me about aardvarks was their nose. So the story became about his nose being a problem.

BLAIR: So much of a problem that Arthur considers getting a nose job.

BLAIR: Marc Brown thought he had a good story on his hands, his publisher did, too. "Arthur's Nose" was followed by "Arthur's Eyes," "Arthur's Valentine" and 18 more books before the tales launched a TV show.

CALOZ: (As D.W.) At least my head doesn't look like a football with glasses.

YARMUSH: (As Arthur) No, your head looks like a big meatloaf with raisins.

BLAIR: Arthur, his sister, D.W. - Buster, Binky, Francine and the rest of the kids on the show get in trouble, fear what they don't understand.

CAROL GREENWALD: Our kids are not perfect on "Arthur" because kids in the world aren't perfect.

BLAIR: Carol Greenwald has been the executive producer of the TV series since the beginning.

GREENWALD: If they can see other kids on the screen making mistakes and going the wrong way, but then kind of figuring it out and working it out, it's really helpful.

BLAIR: In the first TV episode, "Arthur's Eyes," he learns he needs glasses. Francine teases him.

GREENWALD: Quickly after it aired, I started getting mail from kids who were blind saying, it's so meaningful for us to see a show about someone wearing glasses. And I was like, oh, my gosh. If we can reach these kids by just showing somebody wearing - imagine if we had a blind character. So we created a blind character. She's Pinellas friend, Marina.

TAMAR KOZLOV: (As Prunella) Are you sure it's a good idea not to tell the coach you're blind?

HELENA EVANGELIOU: (As Marina) I've been taking gymnastics classes since I was little. I'm going to make this team because I'm good, not because someone feels sorry for me.

BLAIR: Diverse characters and experiences have been part of "Arthur's" DNA from the beginning, whether it's gender, religion, class. One character was on the autism spectrum. Arthur's friend, Buster, learned he has asthma.

BROCHU: (As Buster) Asthma? Does this mean I can't read books anymore, or tell jokes, or laugh?

UNIDENTIFIED ACTOR: (As doctor) Don't worry, Buster. If you take your medicine, you can do all the things you like.

KATERINA DALEY: Growing up as a kid with asthma, I had never seen anyone on TV like me in that way before.

BLAIR: Katerina Daley is a writer for the website Screen Rant. She also works for The Arc, a nonprofit that helps people with disabilities. And she's a huge "Arthur" fan.

BLAIR: Telling children the truth seems to sum up Arthur's legacy, as far as his creator, Marc Brown, is concerned.

BROWN: We as adults owe children the truth. They're trying to make a foundation on which they can build their lives. And if there isn't truth in that foundation, things get pretty shaky.

BLAIR: After the final season airs, "Arthur" will live on in various forms on PBS, including reruns and digital shorts. 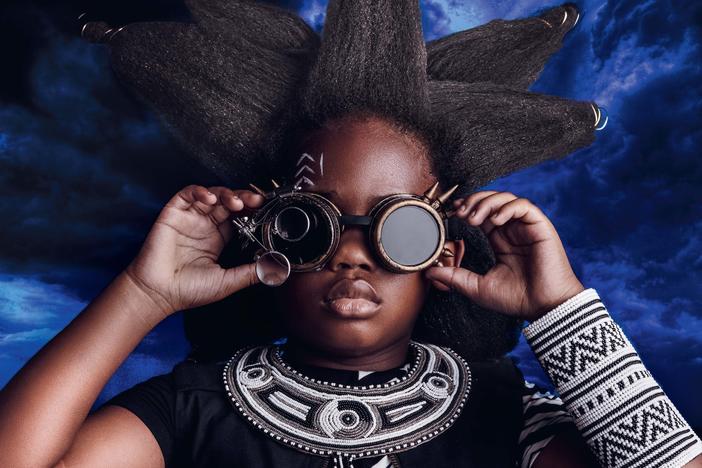 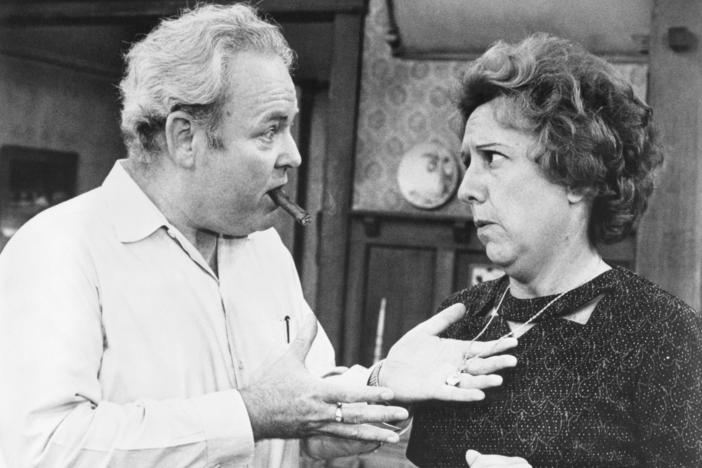 Newman was a founding member of the improv group The Groundlings and an original Saturday Night Live cast member. She's voiced dozens of animated characters and has just published a new audio memoir.