Listen to the songs of John Mellencamp, and you feel the passage of time. There's a narrative arc as the singer matures. In 1980, Mellencamp was in his 20s and sang of not knowing what to do on a date.

(SOUNDBITE OF SONG, "AIN'T EVEN DONE WITH THE NIGHT")

JOHN MELLENCAMP: (Singing) You say, that's all right. Hold tight. Well, I don't even know if I'm doing this right. Well, all right.

INSKEEP: In a hit from 1982, the main characters, Jack and Diane, are young and innocent. But the narrator seems wiser and peers ahead.

(SOUNDBITE OF SONG, "JACK AND DIANE")

MELLENCAMP: (Singing) Oh yeah, life goes on, long after the thrill of livin' is gone. Now walk on.

INSKEEP: In 1998, the singer, now middle-aged, seemed to offer encouragement to young people.

(SOUNDBITE OF SONG, "YOUR LIFE IS NOW")

INSKEEP: In 2022, John Mellencamp is 70, his voice altered by a lifetime of smoking. The narrator of his newest songs has seen far too much and is on guard against the world.

(SOUNDBITE OF SONG, "I ALWAYS LIE TO STRANGERS")

INSKEEP: He calls the album "Strictly A One-Eyed Jack." In a deck of cards, the one-eyed jack is facing sideways, half his face hidden. And he's holding a sword to defend himself.

(SOUNDBITE OF SONG, "I ALWAYS LIE TO STRANGERS")

MELLENCAMP: (Singing) I am a man of low degree. This world is run by men much more crooked than me.

INSKEEP: Mellencamp came on the line from his house in Bloomington in my home state of Indiana. And as we talked, he paraphrased a line from a Tennessee Williams play.

MELLENCAMP: What I've discovered at my ancient age is that we are all in solitary confinement inside our own skins. And we don't really get to know anybody.

INSKEEP: He has lived through three divorces and several chapters of fame. And his latest lyrics portray a man who's not only on guard but also alone.

MELLENCAMP: During those moments of crisis in a relationship, the person (laughter) that you're involved with, who you thought you knew, always surprises you. And then I started thinking, you know, it's been that way with everything that I've done. The people at the record company would always surprise me. The audience would always surprise - I was always surprised. I thought I knew what was going on. But as I got older, I found out that I don't have a clue what the [expletive] is going on. And I think that none of us do.

(SOUNDBITE OF SONG, "I AM A MAN THAT WORRIES")

INSKEEP: Which is why people lie - about themselves, about their feelings, about human nature.

MELLENCAMP: I don't know how old you are, but...

MELLENCAMP: Well, you've been lied to your whole life, I mean, just like me. I think they lied to us at the churches. They lied to us at schools. The government's always lied to us. You know, once you make that discovery, the discovery that I personally have made, I don't even hold people to their word anymore. It's not even fair to them.

INSKEEP: In saying that, do you feel disappointed, disillusioned compared to whatever you thought about the world 30 or 40 years ago?

MELLENCAMP: Well, you know, when you're young, you're very optimistic about things, I think foolishly optimistic sometimes. My grandfather used to say to me, John, what did you expect (laughter)? What did you think was going to happen?

MELLENCAMP: (Singing) Some are telling stories that are just impossible to believe.

We don't get to know anybody in this world except ourselves. We don't even know ourselves.

MELLENCAMP: (Singing) The long day's journey is turning into night. Salome looks crazy, and she's higher than a kite. No one is favor of the one-eyed jack.

MELLENCAMP: (Singing) Money and power is the name of the game.

INSKEEP: You've been asked about this before, and I don't want to make you go over it again. But you have said in the past that you wanted your voice to change and that you liked it. But (laughter) we're talking about lying to strangers, so I guess I'll ask again. Did you really mean that? Is this how you want to sound?

MELLENCAMP: Yeah. I wrote a song once a long, long time ago called "I Just Want To Be Black." I grew up singing in soul bands.

INSKEEP: Smoking gives his voice a raspiness that he associates with Black singers he says he always admired. And he keeps smoking, even though he says it'll kill him.

MELLENCAMP: When we were making this record, we were laughing. And I don't remember what song it was, but my engineer goes, John, could you sound any more like Louis Armstrong? And I - if I could, I would.

MELLENCAMP: (Singing) While others are still looking for that easy pot of gold at the end of the rainbow...

INSKEEP: But when he's not singing, he's painting expressionistic portraits of people looking back at him. And not long ago, a visitor came to paint with him. Bruce Springsteen, Mellencamp's nearest contemporary, is a particular kind of American artist.

You mentioned how we are all in solitary confinement in a way. When you're with Springsteen, do you feel you're a little bit out of that confinement because you're with someone who shares some of your experiences?

MELLENCAMP: I don't know if I'd put it that way. I would put it that I'm with a kindred spirit. He's a sweet, sweet guy who also understands what it's like. But does he or anyone else free me from myself? No.

INSKEEP: But when Mellencamp sings a duet with Springsteen on this album, their voices make you feel a human connection. Their art provides the very thing that John Mellencamp says we all lack in our lives.

INSKEEP: John Mellencamp, it's been a real pleasure talking with you. Thank you so much.

MELLENCAMP: Thank you for having me. 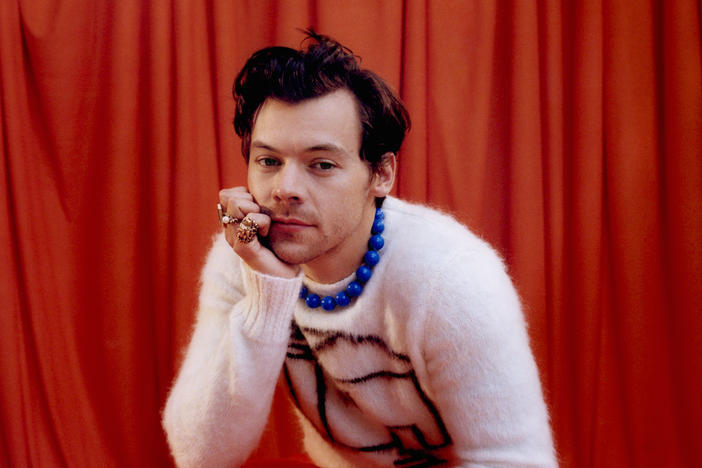 The pop star has spent a life on the go, so the pandemic offered him a rare chance for reflection, to separate the person from the pop star. Also, of course, to record a new album. 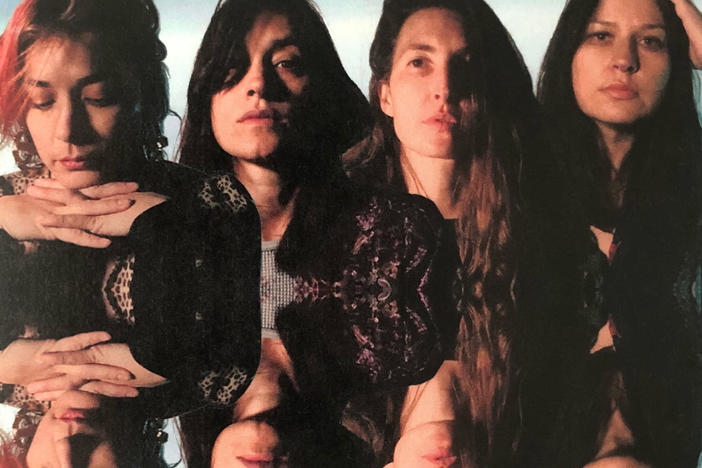 The LA-based group was, naturally, waylaid by the pandemic — just enough to write a new record, Radiate Like This. 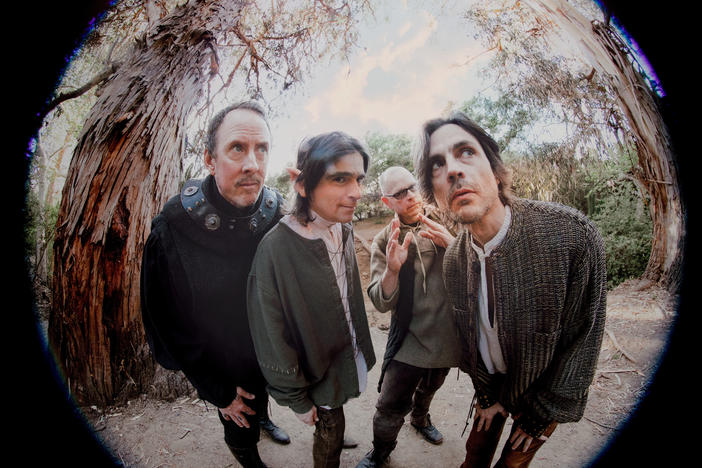 The four 'SZNZ' of Weezer

Rivers Cuomo, songwriter of Weezer, talks about looking to Vivaldi for inspiration in announcing a quartet of seasonal releases this year and navigating three decades spent in the same band.