Encore: Ancient footprints mistakenly attributed to bears were made by early humans

A new look at nearly 3.7 million-year-old fossil footprints uncovered in Tanzania shows that multiple species of early humans lived together at the same time.

The earliest evidence of humans walking upright is fossilized footprints. They were left by someone walking through the mud nearly 3.7 million years ago. And a study released last month suggests that early human did not walk alone. In this encore presentation, NPR's Nell Greenfieldboyce reports on the new look researchers took at some other ancient tracks.

NELL GREENFIELDBOYCE: Walking on two legs is a distinctively human thing to do. It seems to make us different than other living primates.

ELLISON MCNUTT: It's a very strange way of kind of moving through the world.

GREENFIELDBOYCE: Ellison McNutt is a biological anthropologist at the Ohio University Heritage College of Osteopathic Medicine. She studies upright walking and says most four-legged creatures find it challenging.

GREENFIELDBOYCE: Yet humans did it early in their history. For example, at one site in Tanzania, a volcanic eruption over 3 1/2 million years ago covered the landscape with ash and preserved all kinds of tracks that had been left in the mud.

MCNUTT: So we're talking elephants and bunnies, birds. All kinds of things walked across this landscape, and they left these amazing footprints.

GREENFIELDBOYCE: Including one set of footprints that look quite human.

MCNUTT: And this trackway has been reconstructed to belong to a hominin, an early human ancestor called Australopithecus afarensis. And this is the same species that the quite famous fossil Lucy belongs to.

GREENFIELDBOYCE: Now, when these were discovered back in the 1970s, workers also found a track of five footprints that looked more mysterious. Researchers speculated that these prints were created by a small bear walking upright.

MCNUTT: They were tentative about it and acknowledged that, you know, we don't have a good answer for this. This is a reasonable answer. Bears do stand up and walk upright.

GREENFIELDBOYCE: McNutt had actually been studying how bears do that when she came across a mention of these fossil tracks, which had been mostly forgotten for decades. She and her colleagues decided to reexamine them using modern technology. They did detailed comparisons to footprints left by humans, chimpanzees and young bears living in a sanctuary.

MCNUTT: We ended up with four little juvenile bears that we had stand up and walk through mud for either applesauce or maple syrup as their reward at the end of it (laughter).

GREENFIELDBOYCE: Their results appear in the journal Nature. And it turns out the fossil footprints just aren't bear-like. Instead, there are signs of more humanlike features, such as a big toe. McNutt says it looks like there were two early human species walking around back then. In fact, they could have seen each other go by.

MCNUTT: The nature of fossil footprints and how these trackways are made is that they're in the same layer of mud. So these are likely made within the scale of hours to days from one another.

GREENFIELDBOYCE: All of this has convinced Stephanie Melillo. She's a paleoanthropologist at the Max Planck Institute for Evolutionary Anthropology in Germany.

STEPHANIE MELILLO: We see there the presence of two different kinds of hominin ancestors together in the same environment, in the same place, at the same time.

GREENFIELDBOYCE: She says one of the biggest questions about human evolution is why our ancestors started walking upright.

MELILLO: And I don't think that we really have a good answer to that question yet. 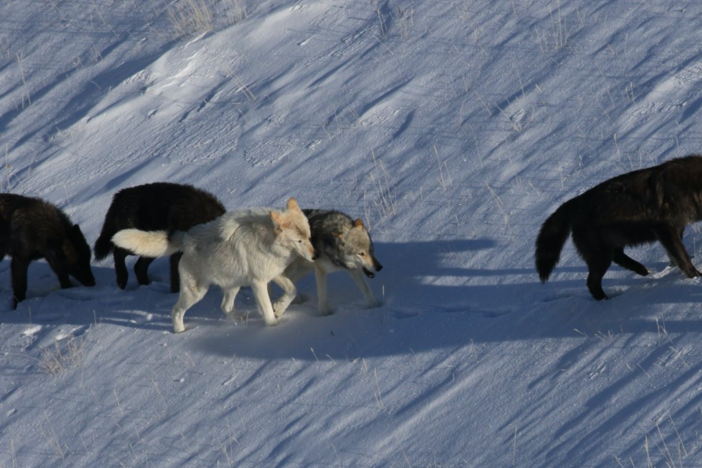 A record number of Yellowstone wolves have been killed. Conservationists are worried

States neighboring Yellowstone National Park have eased rules on hunting wolves, resulting in the most being killed in nearly a century

Encore: Mystery recordings will now be heard for the first time in about 100 years

A new machine at the New York Public Library can read cracked and broken wax cylinders, and play recordings from regular people not heard in about 100 years. It's one of seven in the world. 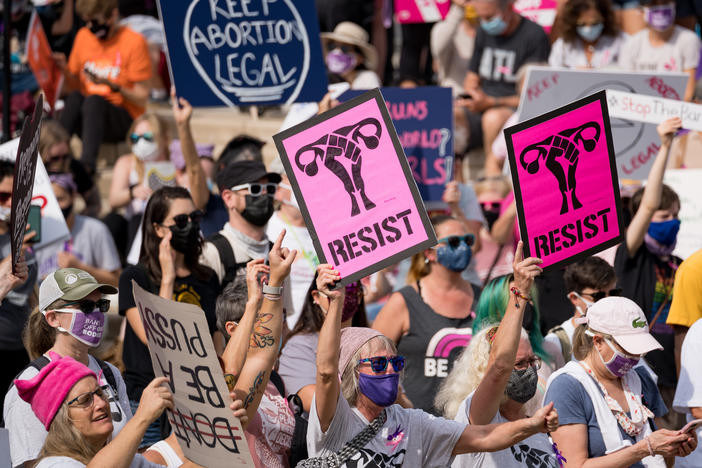 Considering that the U.S. Supreme Court could overturn Roe v. Wade, there are a lot of questions about how — and whether — states and jurisdictions would enforce strict abortion laws.