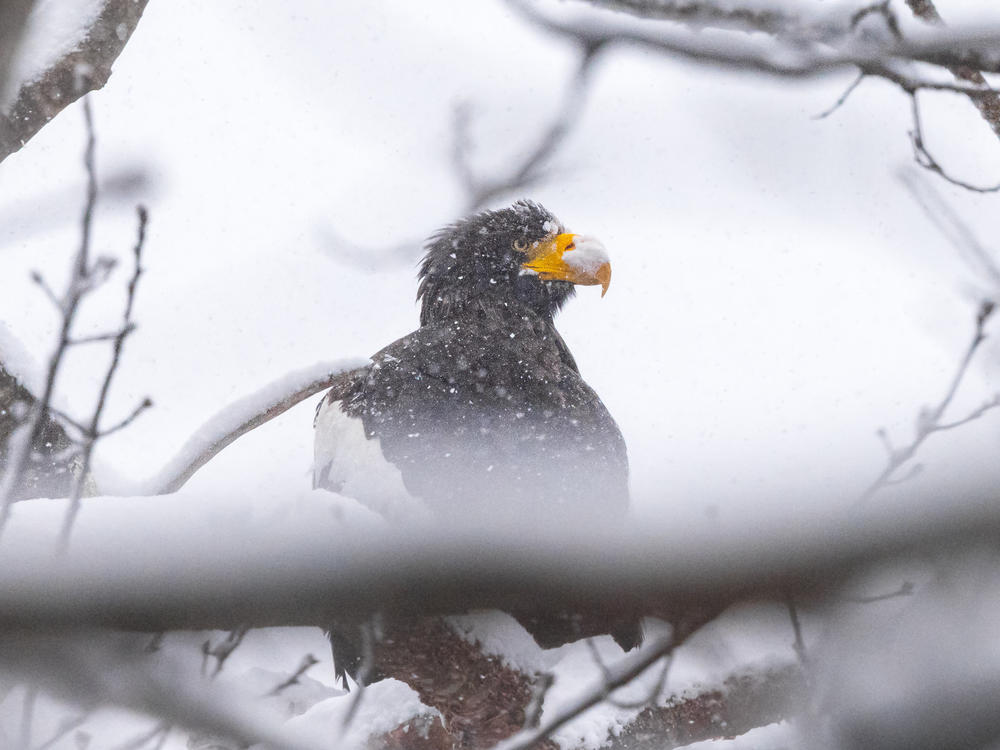 A rare, wayward eagle native to Russia and Japan has taken up residence near Boothbay Harbor, Maine.

The Steller's sea eagle is one of the largest raptors in the world, weighing up to 20 pounds with an eight-foot wingspan. There are only about 4,000 of them left, and the chance to see one has captivated Mainers and drawn birders from around the country.

John Putrino of Boothbay isn't an avid birder, but he is a wildlife photographer. So, when he got a tip that one of the rarest eagles in the world had been spotted in his adopted hometown, he went searching for it during a recent snowstorm.

Putrino is just one of hundreds of people who've heading to Maine's Midcoast to get a glimpse of the unusual bird that makes a bald eagle look like a lightweight. Those who do come are gently reminded to keep their distance.

Mary and Kye Jenkins of Baltimore had planned on taking a trip to the Caribbean but when their COVID-19 test results came back too late to board their flight, they jumped in their car instead. 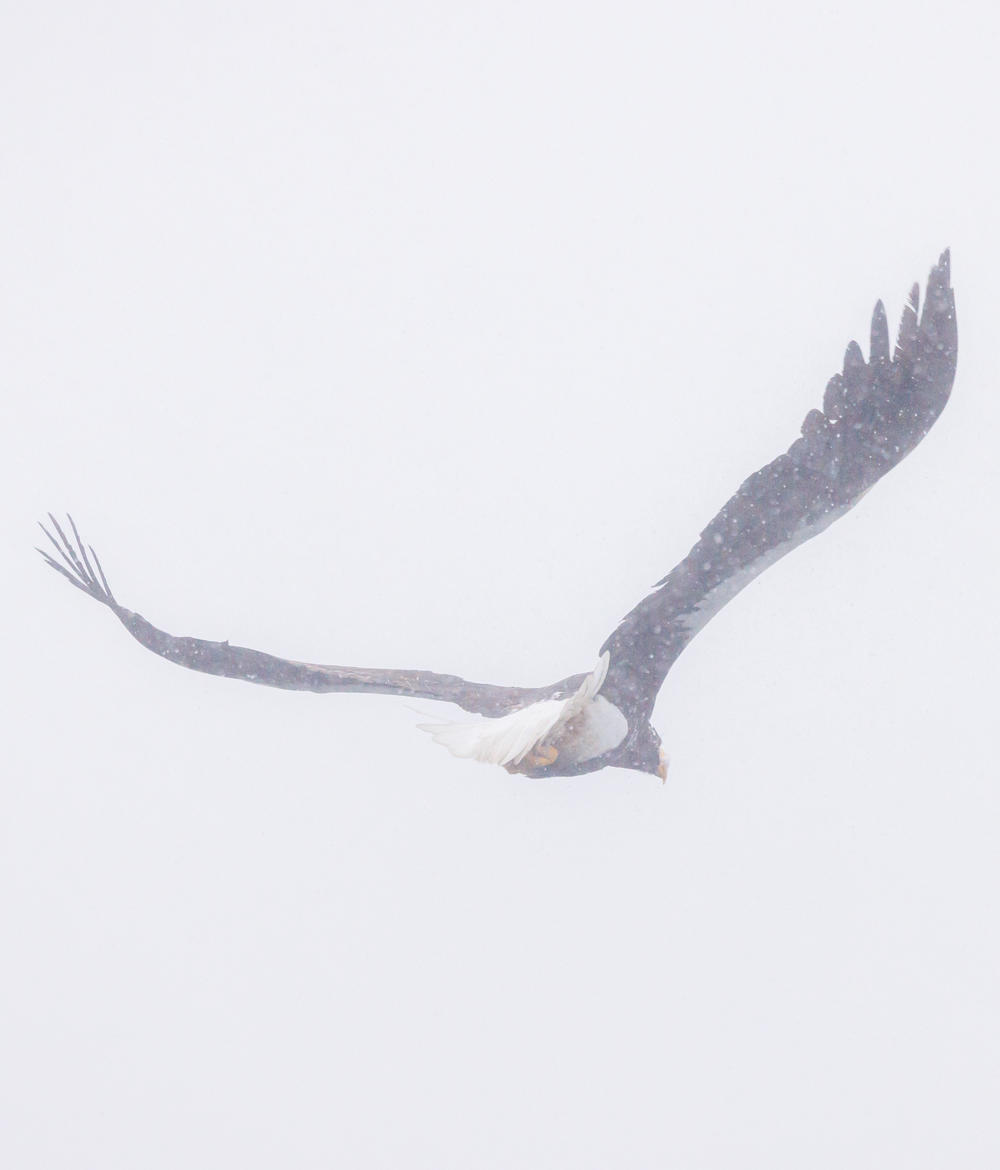 "Since we're birders, we were in Newark, we decided to come up here and try to find this bird," Mary Jenkins says.

This is what's known in the birdwatching world as "chasing." The Jenkins are constantly on the lookout for rare species and will go out of their way to see them. They've been scanning the horizon for three days, looking for the eagle's flashy white tail feathers and massive yellow beak. So far, the Jenkins haven't spotted the bird, but dozens of other people have. They've posted their photos to a Facebook group devoted to rare birds sitings.

Until recently, a Steller's sea eagle had never been seen in the lower 48 states. But in July one was spotted in Quebec. Then Nova Scotia. In mid-December hundreds observed one in Massachusetts.

Doug Hitchox, a naturalist with Maine Audubon, says because of the bird's unique feather patterns, it's believed to be the same vagrant. But the reasons for its lonely odyssey remain a mystery. Hitchcox and other experts say it could be prospecting for new territory. Or, it could have been blown off course or had an internal GPS hiccup. Mary Jenkins fears it's lost.

"And I feel sorry for him because you know, it's the only one and I don't know if he's going to be able to make his way back to where he's from," she says.

The good news is the bird can hang out with other eagles. It's also used to cold weather. And the longer it sticks around, the more birdwatching enthusiasts it's likely to attract.

John Putrillo is already a convert. As a photographer he says he's always been focused on larger charismatic animals like moose and fox but the discovery of the Steller's sea eagle has changed his mindset.

"I want to learn about all bird species now," he says. "I want to find every bird I can from the smallest to the largest." 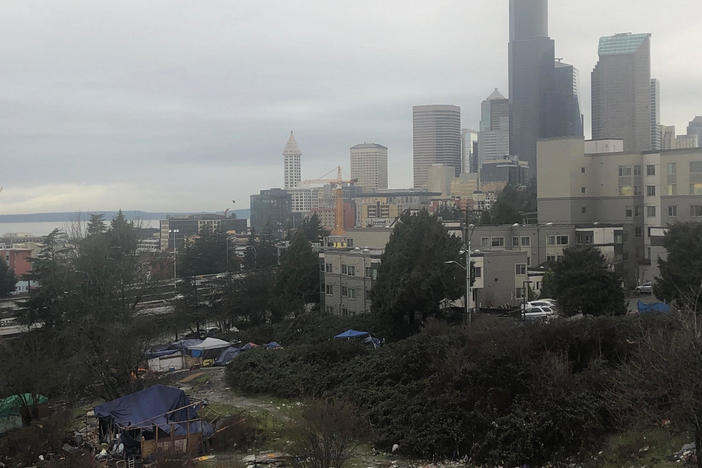 Specific homeless camps may fuel property crime, but one researcher says on average, camps do not appear to increase city-wide crime rates. 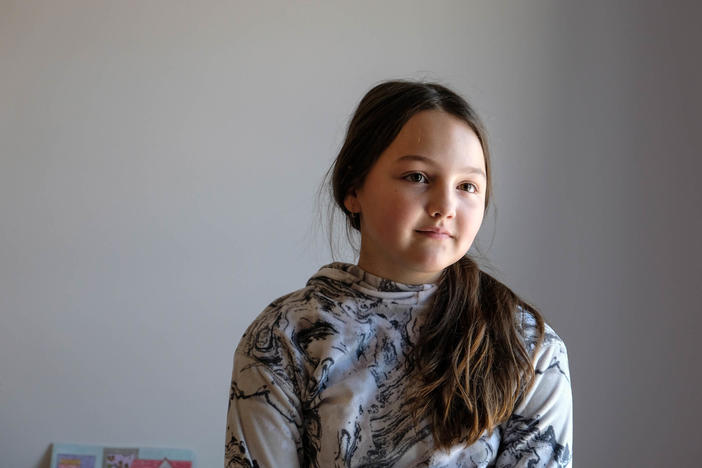 Avah Lamie, 11, says this is a stressful time to be a kid. Rates of anxiety and depression among children and youth were on the rise even before COVID, but the past two years have made things worse. 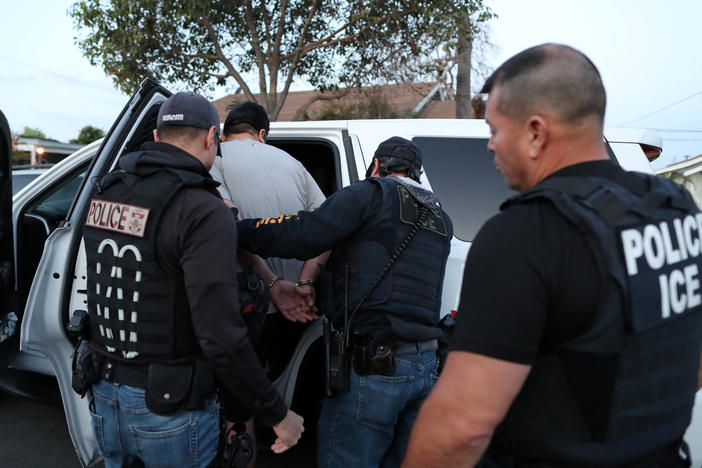 The Biden administration promised big changes on immigration enforcement, including limits on whom ICE should arrest and deport. But so far, advocates say the reality is falling short of the rhetoric.