On Saturday, Lieutenant Governor-elect Winsome Sears will become the first Black woman to hold statewide office in Virginia. The Republican is a Marine Corps vet and a former legislator who could cast tie-breaking votes on issues she campaigned on, such as restricting abortion and repealing gun control. From member station VPM, Ben Paviour reports.

BEN PAVIOUR, BYLINE: Winsome Sears moved to New York from Jamaica when she was 6 years old. Everything was unfamiliar - the smells, the cold, the deadbolts on her apartment door.

WINSOME SEARS: When I stepped off that plane at JFK, you know, it was very traumatic because I stepped into a new world.

PAVIOUR: Sears was following her father, who she says arrived with only $1.75 in his pocket. But Sears thrived. She graduated high school early with honors and joined the Marine Corps. She got a master's, started her own business and is now set to become one heartbeat away from becoming governor. Sears sees her own success as proof that the U.S. is progressing when it comes to race.

SEARS: I'm from another country, another culture, but here I am. I see racism as one more hurdle in life.

PAVIOUR: She sees a country that undereducates its children and overtaxes its citizens, a country unwilling to move on from its dark past.

SEARS: Slavery happened, absolutely, and there are some vestiges of it. But how long are we going to go back there?

PAVIOUR: Virginia has been shaped by centuries of racial trauma, from slavery to redlining. Democrats have been talking more about those scars. Sears embodies a fiery Republican response to that.

SEARS: Go find another victim. Stop it. That's what I say. And let's move on.

PAVIOUR: It's not Sears' first time making history. In 2001, she became the first Black Republican elected to Virginia's general assembly since Reconstruction. She pulled off the win in a heavily Democratic district in Hampton Roads against a longtime incumbent.

JOHN COSGROVE: Everybody was shocked, of course, you know, when she won.

PAVIOUR: Republican John Cosgrove was elected alongside Sears. He says Sears was an independent-minded conservative who got along with everyone.

COSGROVE: She was never one to back down from a position that she had taken, and nobody expected her to.

PAVIOUR: Sears' legislative record doesn't have the same fire-breathing tone of her later campaign rhetoric. Many of the dozen or so bills she sponsored had bipartisan support, including a successful push to reform the state's medical board. In 2004, Sears ran for Congress and lost. She published a book called "Stop Being A Christian Wimp" and opened a home appliance business. Then, in 2012, she suffered a family tragedy. Her daughter and two grandchildren were killed in a car accident. When she got the proverbial knock on the door, Sears says a Bible verse came to mind.

SEARS: It was the Lord giveth and the Lord taketh away; blessed be the name of the Lord. And then I collapsed.

PAVIOUR: Sears reemerged on the political scene in 2018 when she staged a writing campaign against Republican Corey Stewart, a U.S. Senate candidate who openly associated with white nationalists. In 2020, she considered a run for lieutenant governor and called up Andrew Leppert, a Republican campaign operative.

ANDREW LEPPERT: And I told her this then - if you assess where Republicans and how Republicans were successful in 2020, it was veterans, minorities or females, and Winsome Sears is all three of those things.

PAVIOUR: In the GOP nominating fight, Sears was a pro-Trump underdog who winked at false claims of 2020 election fraud. She became best known for a campaign photo showing her holding a military-style rifle. Leppert says that image helped win Sears the nomination.

LEPPERT: If you've seen one of those signs in person, one of them looks like three and six looks like 15. So I think name ID we had going into election day.

PAVIOUR: In the general election, Sears and the GOP candidate for governor, Glenn Youngkin, leaned into racial themes. They claimed equity programs in schools were pitting students against each other.

RAVI PERRY: It gave them a chance to harp on an issue that really does not exist.

PAVIOUR: Ravi Perry chairs the political science department at Howard University. He says Sears' own campaign is proof that the vestiges of slavery and discrimination are still alive in Virginia and are being weaponized politically.

PERRY: The rhetoric is not only divisive and tiring and exhausting; it's also inaccurate.

PAVIOUR: Sears says she can help win over conservative Black voters to the GOP. But Lamont Bagby, a Democrat who leads Virginia's Black Caucus, says it's not clear what Sears' policies are or how they will help Black voters.

LAMONT BAGBY: Black folks aren't just voting for Democrats because they like the color blue. It's based upon the issues.

PAVIOUR: Sears has been quiet on one key issue. She won't say whether she's vaccinated against COVID-19. But she says her main focus in office will be education, adding school vouchers and creating charter schools. For Sears, education is the backbone of her optimism about the country's future.

SEARS: America is progressing. She is. I'm proof.

PAVIOUR: Sears has four years to make that case to Virginia voters. 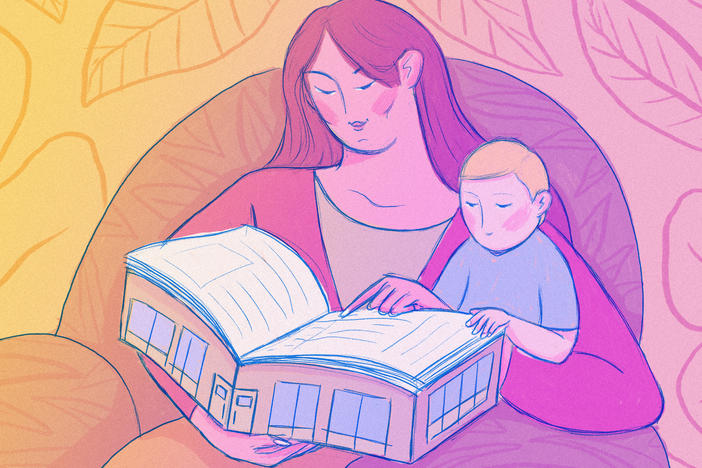 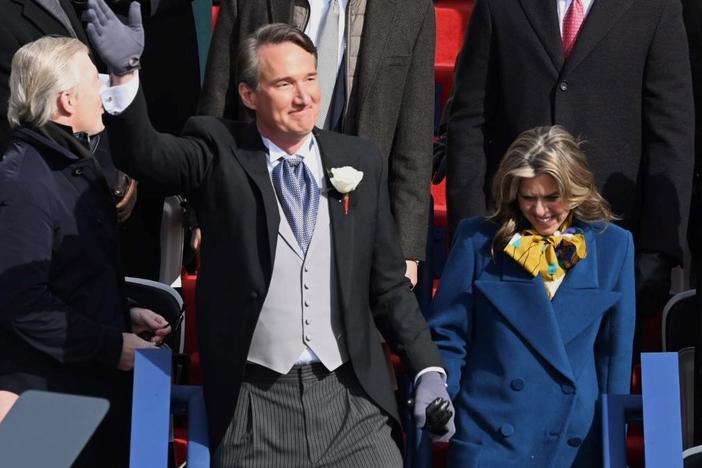 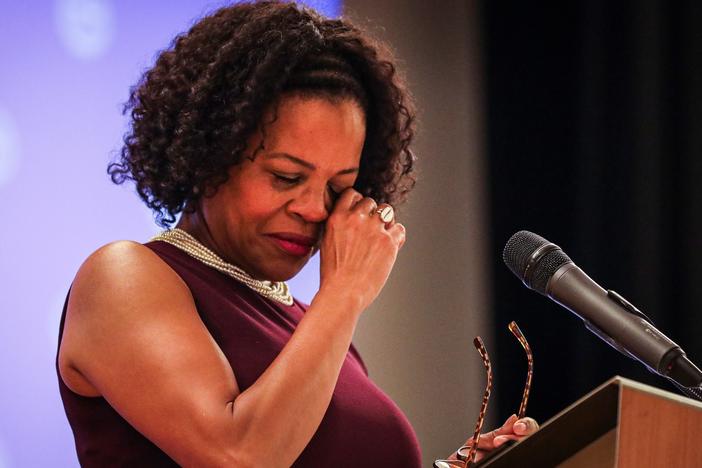