The Republican National Committee has released a letter outlining complaints and will ask presidential nominees not to participate in debates put on by the Commission on Presidential Debates.

Presidential debates may be headed for big changes in 2024. Today, the Republican National Committee informed the Commission on Presidential Debates, which hosts general election debates, that it plans to change its rules to prohibit the party's nominees from participating in those debates. For more on this, we are joined by NPR senior political editor and correspondent Domenico Montanaro.

SHAPIRO: Maybe. What are the Republicans' concerns?

MONTANARO: Well, Ronna McDaniel, the RNC chairwoman, released a letter today saying that she has a number of issues, including holding a first debate after early voting had begun, selecting a 2020 moderator who had once worked for the Democratic nominee. He had been an intern in Joe Biden's Senate office more than 40 years earlier. McDaniel says the commission is, quote, "failing to maintain strict nonpartisanship even within its organization."

The RNC says it raised these concerns over the last several months, and the commission has not moved in their direction. So they say they're set to change the rules at the beginning of their - at their upcoming winter meeting next month to prohibit future Republican nominees from participating in commission-sponsored debates. This is something that's been happening now where they've sponsored these debates for more than 30 years.

SHAPIRO: How has the commission responded?

MONTANARO: It sent me a statement earlier today saying it, quote, "deals directly with candidates who qualify for participation in these debates" and that it plans in 2024 to hold debates that are based on, quote, "fairness, neutrality and a firm commitment to help the American public learn about the candidates and the issues." So you can see there a bit of a standoff, the committee essentially calling what it sees as the RNC's bluff and implicitly noting that the party can't prohibit anyone from participating. That's up to the candidates themselves to participate in what we know have become pretty high-stakes, pretty highly watched events.

SHAPIRO: There has been criticism of the debate commission before. Is this different?

MONTANARO: Well, we have heard lots of criticism - a long history of complaining from both parties at times trying to, quote-unquote, "work the refs" here. You know, we know how many issues the RNC has had with the commission, and that's really heightened in the age of Trump. Trump has stretched both the boundaries of the truth and decorum on the debate stage. Moderators felt obligated to push back against him and take a more muscular stance, interrupting and fact-checking him. And that really rankled him and the RNC. They saw that as a threat to his candidacy and to their power. But, you know, what's new here is that, for as many issues as candidates and parties past and present have had with the commission's rules or moderators, they've always participated at least to some extent, again, because these are so high-stakes.

SHAPIRO: So what does this say about our politics today?

MONTANARO: Well, for voters, these debates are usually the only opportunities they have to see these candidates on stage together, presenting what are often starkly different visions for the country. So it's a big deal if they wind up not happening, and this threat could end that. It's not shocking in some respects because it feels like it's been a long time coming now with the fractured and polarized nature of our information landscape.

You know, and I mentioned Trump earlier, and a lot of this is really about him and protecting him. I mean, just take a look at that letter. If you read it online at NPR.org, David Bossie is the chair of the RNC's debates committee. Bossie, you might know, is - was the deputy campaign manager for Trump's 2016 campaign and is a close confidant of the former president. And Trump, of course, routinely blasts journalists who correct his baseless claims as biased.

So this debate over debates really also gets to the heart of the debate of what's happening right now in journalism, Ari - you know, whether our dedication should be to a neutral, objective, traditional role or having truth be the North Star. I think what we've seen in our industry move - it has been moving far more toward a strong defense of independent, verifiable truths. But if this threat is followed through on, it may mean the end of debates as we know them. 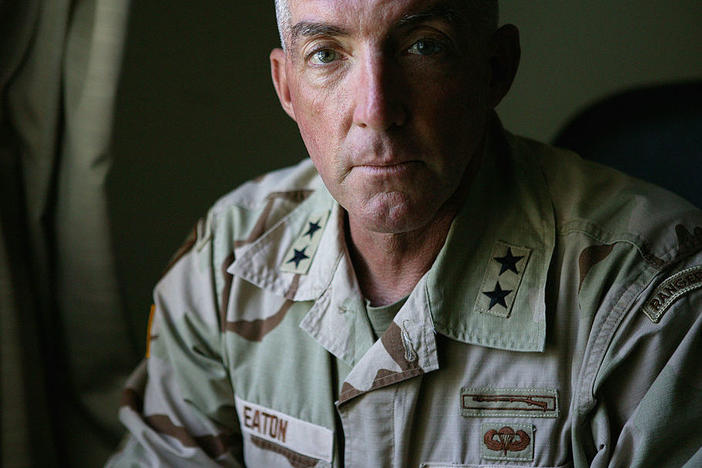 Retired general warns the U.S. military could lead a coup after the 2024 election

Retired Maj. Gen. Paul Eaton says war-gaming and civics education could help assure that the military is better prepared for a contested election. 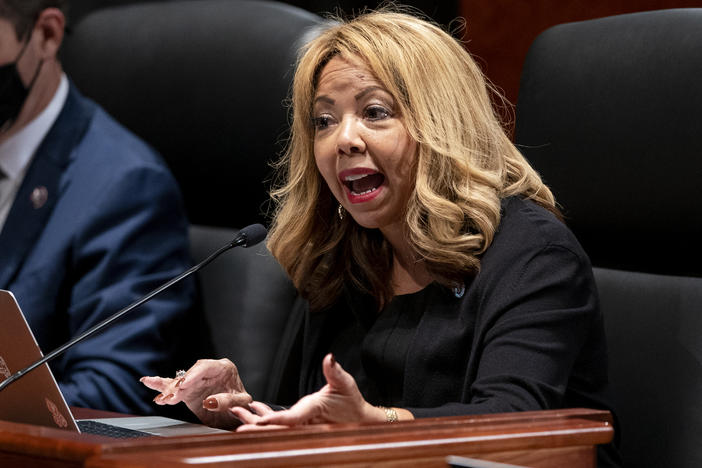 Their lives were changed by gun violence, and now they're running for office

One of the country's top gun control groups is now actively recruiting candidates who have experienced the effects of gun violence to run for local, state and national offices. 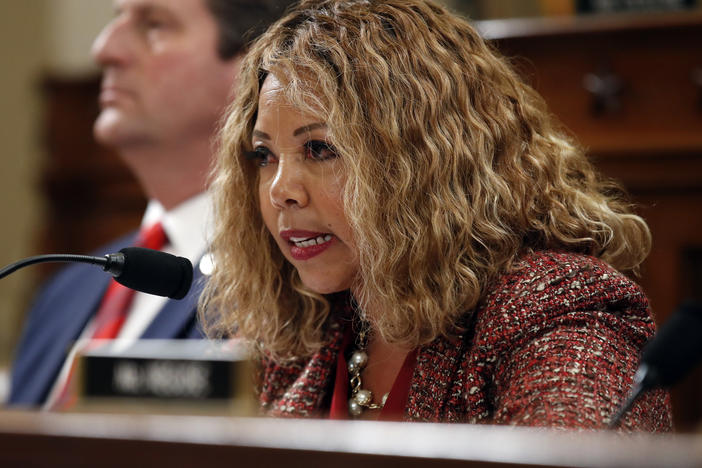