With Christmas just around the corner, kids are lining up for the chance to tell Santa what they want before it's too late. NPR's Michelle Aslam went to a holiday event in Texas, where, for the first time, Santa Claus looks like most of the people who live there.

MICHELLE ASLAM, BYLINE: At the West Dallas Christmas Block Party, the windows are decorated with paper snowflakes. There's even a few hanging from the ceiling. Volunteers in elf hats are manning stations around the room, giving out colorful Christmas stockings, painting faces and making balloon animals.

ASLAM: Five-year-old Carmelo Jackson is in line to get his face painted as the Grinch. He says he's the most excited to see Santa today so he can ask him for a Power Ranger for Christmas. He says it'll be easy to spot him.

CARMELO: He got long hair. He got boot shoes. And he got a belt on. And he got a suit on. He got a mustache. He - and he get everybody present.

ASLAM: James Armstrong is with an organization called Builders of Hope. They build affordable housing in Dallas. He says they've been hosting this Christmas event for almost 15 years.

JAMES ARMSTRONG: To be honest, families in this neighborhood, Christmas is not as easy for them. They have to work multiple jobs to give their kid just a normal Christmas experience.

ASLAM: In West Dallas, about 30% of families live below the poverty line. Families who come to the Christmas party today will receive a meal and get a box full of food to take home with them - and for the kids, all sorts of fun holiday activities. This year, for the first time, that includes a Black Santa Claus.

ARMSTRONG: To be honest with you, you know, the kids here don't - can't relate to a white Santa because they see in their community Black and brown people. And so it was very important for cultural representation that kids see that somebody as magical and as amazing as a Santa can be Black like them.

ASLAM: Diverse depictions of Santa have become more accessible to families over the last few years. In 2016, the Mall of America had its first Black Santa. And now with a growing push for diversity and representation, diverse Santas are much easier to come by.

NASTASHIA STOKES: You can find Black Santa at Hobby Lobby, T.J. Maxx, Burlington, Ross, Walmart, Target. Like, all those stores, like, they actually have - Old Navy even has Black Santa Claus pajamas.

ASLAM: Nastashia Stokes says slowly, times are changing. But it wasn't always like this.

STOKES: When I was younger, that wasn't a thing. It was white Santa Claus, and you had to paint him Black.

ASLAM: When she moved to Texas, it was hard to find Black Santa for her kids. So she and her partner, Justin Peach, started DFW Black Santa last year. Today Peach is wearing the red suit to give local kids the chance to see a more familiar Santa.

ASLAM: They say the demand from the Dallas-Fort Worth area alone is more than they can handle. Today they've already done four different events.

ASLAM: Santa says earlier today, when a little girl sat down to take her picture next to him, he was reminded of why he loves what he does so much.

PEACH: When they - we were done with our pictures, she came up to me and was like, I'm so happy to see a Santa that looks like me. And that just kind of touched me. You know, it really made me feel good about what I'm doing.

STOKES: Come on. Let them take a picture with Santa Claus.

STOKES: I just think that it's - it is important that they see somebody that looks like them. If they're going to see a big man giving some presents, it might as well look like somebody like daddy or uncle or grandpa, you know?

ASLAM: Stokes says at the end of the day, feeling included is part of the magic of Christmas.

STOKES: Santa could be whatever you imagine him to be. It's magic. It's - whatever it is, it's magic. 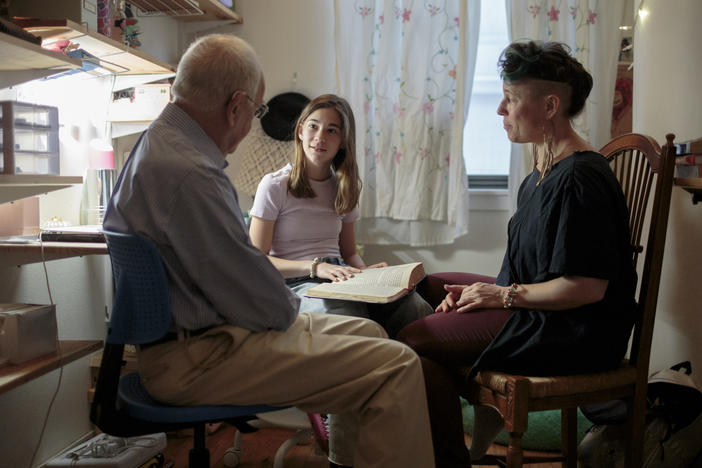 The bat mitzvah turns 100. It marks more than a coming-of-age for Jewish girls

Since girls in the U.S. began having the public ceremony 100 years ago, more and more women have taken on a larger role in Jewish life, including becoming rabbis. 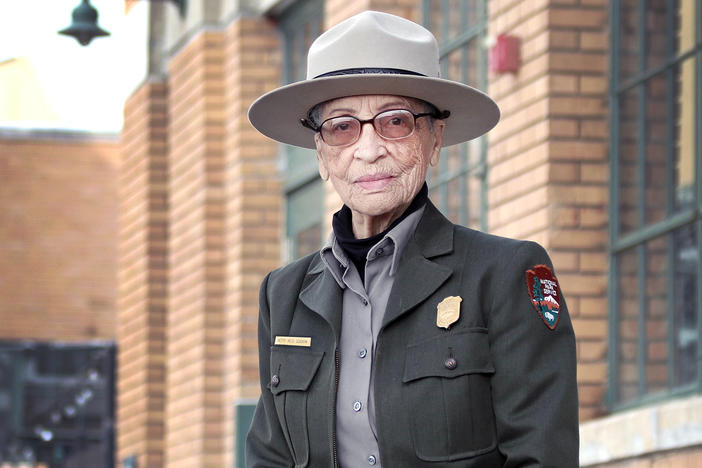 Betty Soskin's career with the National Park Service began in 2000 after attending a presentation on a plan to create the Rosie the Riveter/WWII Home Front National Historical Park in Richmond, Calif. 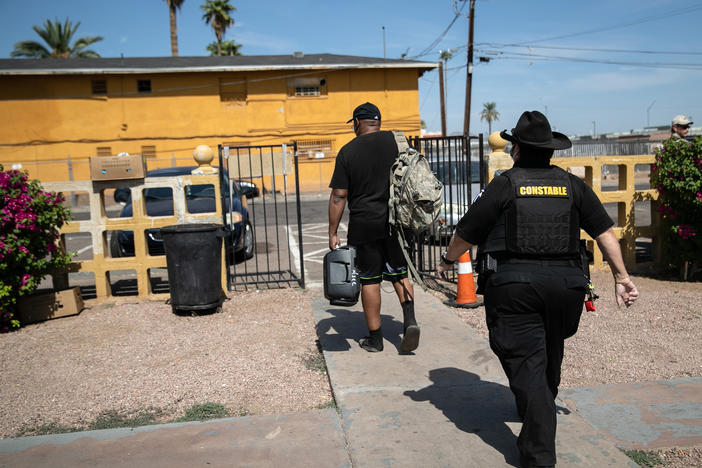 Eviction Prevention Programs Are Racing Against A Moratorium Clock

The Alexandria Eviction Prevention Partnership in Northern Virginia is one of the divergent programs meant to help fight off evictions.