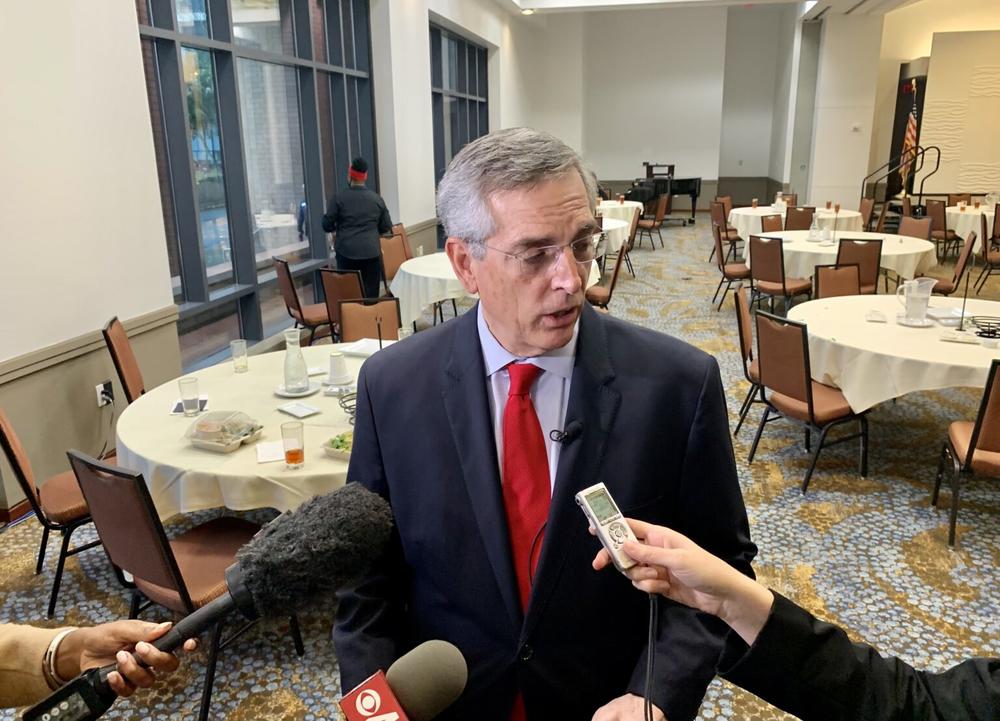 Secretary of State Brad Raffensperger defended his record Monday even as he faced fresh criticism from his own party.

Embattled Secretary of State Brad Raffensperger defended his record Monday as he faces continued criticism from his own party heading into next year’s election.

In an appearance before the Rotary Club of Atlanta, the Republican state official pushed back on accusations that he is to blame for 2020 election losses. Raffensperger remains under siege more than a year later and after former President Donald Trump and his supporters’ election conspiracies have been repeatedly discredited.

Raffensperger reiterated that he continues to advocate for fair and honest elections, regardless of the political fallout. Trump narrowly lost in Georgia to Democrat Joe Biden.

In announcing his Republican primary challenge to Gov. Brian Kemp, former U.S. Sen David Perdue — who fell flat in his January runoff against now-Sen. Jon Ossoff — claimed Kemp and Raffensperger “caved” to the demands of Democrat Stacey Abrams who announced last week she is running again for governor.

Raffensperger denied Perdue’s accusations, and despite three tallies of the vote in last year’s presidential contest and daily press conferences in the immediate aftermath of the election, he said his office continues to fight election misinformation from people like Trump and Perdue.

“We were out there almost every day, dispelling rumors,” Raffensperger said. “You have to understand that in my office on a good day, we might have 40,000 Twitter followers and then some other people have 80 million Twitter followers."

“That’s like the Swiss Army trying to take on the Americans,” Raffensperger said. “It’s not that there aren’t good soldiers over there in Switzerland, but you’re just outmanned.”

Trump’s attacks on Raffensperger peaked in January when Trump sought to overturn the election in Georgia by asking the secretary of state to “find” enough votes to change the outcome. Weeks earlier, Rudy Giuliani, Trump’s personal lawyer, spun baseless theories about widespread fraud with absentee ballots and electronic voting machines, which were quickly devoured by Republicans on state legislative committees.

Trump might have cost himself enough votes with his anti-election rhetoric with more than 28,000 voters having skipped the presidential race on their ballots, Raffensperger said.

Raffensperger also pointed to the success of the 2020 election that has withstood a multitude of legal challenges and held up to the scrutiny of investigations by the Georgia Bureau of Investigation, FBI and other agencies.

As for the future, Raffensperger said he believes the state will overcome challenges from the U.S. Department of Justice, Democrats, and progressive organizations over the controversial voting overhaul that he says had a strong test run with this year’s municipal elections.

He said the most important change is replacing the subjective absentee signature match requirement with a state ID requirement. But municipal election data shows that more absentee ballot requests were rejected in the citywide races because of the newly shortened request deadline.

Raffensperger also highlighted what he saw as the positives from 2020, such as low wait times for voters and election staff and poll workers handling a record turnout during the pandemic. He pledged to work on educating voters on changes to absentee voting.

“We’ll get that message out there so if people want to vote absentee, that they’ll have that opportunity,” Raffensperger said. “The last (data) that we saw the absentee numbers dropped down to about 12%, which is about twice the historical average but half of what it was last year. People are going back to their natural patterns. They’ll vote early or on Election Day.” 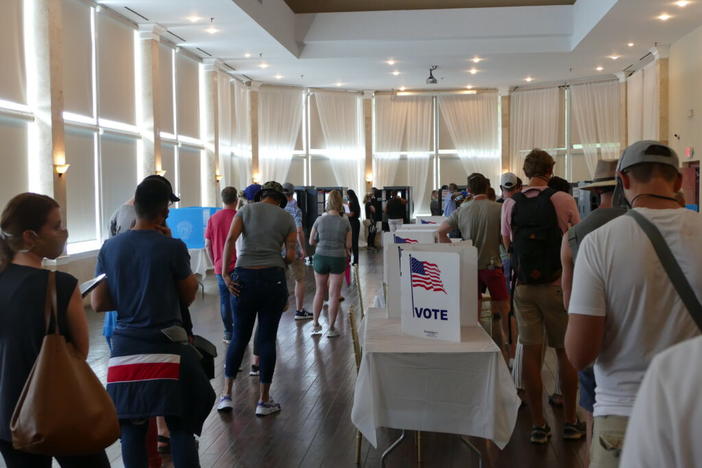 Georgia voters might not hold the power this time around to dramatically flip control of the federal government, but even so, the once reliably red state will stay at the center of national politics this year.