Glenstone Museum in Potomac, Md., is hosting five decades worth of art by Canadian Jeff Wall, a photographer who begins a work "by not photographing."

Glenstone, a modern art museum outside of Washington, D.C., is showing massive photographs by the Canadian artist Jeff Wall. He has said of his method, I begin by not photographing. NPR's special correspondent Susan Stamberg went to see a retrospective of his work.

SUSAN STAMBERG, BYLINE: It was really disconcerting. In a gallery talking with Jeff Wall, over his shoulder I saw a woman staring at us - nosy. But she wasn't real. I mean, she was, but in a photograph, enlarged to be as big as we were, looking so real because the picture was a transparency on film, with light coming from behind in a light box. But Wall says, I don't like the idea of capturing life, so he doesn't carry a camera.

STAMBERG: He sees something disturbing - a white man pulling his eyelid back into a slant as he passes an Asian man on the street.

WALL: It's not a friendly gesture.

STAMBERG: What he's seen stays with him. He thinks about it for a while. Then, if he decides he can make something out of it, he recreates it - hires performers, scouts locations and stages the scene for his camera and then makes his art.

WALL: I like it that I didn't catch it with any kind of device. I just captured it with my own experience.

STAMBERG: Chief curator and director of Glenstone Emily Rales thinks Wall is one of the most influential artists of the last 40 years.

EMILY RALES: He did for photography what nobody else has been able to do, which is to elevate it from photojournalism and street photography to the level of sculpture and painting, really.

STAMBERG: Jeff Wall began working this way in the 1970s. After 20 years, he gave up color and transparency for a while and turned to photography's oldest form, black and white. It has a documentary quality. But again, it's not a documentary. Spotting a guy through the window of a nearby shelter mopping the floor...

WALL: Something about his kind of peaceful, absorbed quality, again, did that thing. It made me think that I could do something with this.

STAMBERG: Wall hired a young man to model for him - pensive, melancholy. It puts loneliness in black and white - how loneliness can feel. On the other hand, you can't look at his 2007 color work "Dressing Poultry" without smiling, although the subject is pretty grim. In a barn, a farm family is preparing their chickens for market.

WALL: You'll notice that a chicken has been dropped into that cone upside down.

WALL: The head comes through the bottom of the cone. The knife is in his hand. A bucket is below.

STAMBERG: But the thing is, they're all having such a good time.

WALL: Well, they were having a good time at this moment.

STAMBERG: It's a family. Slaughtering chickens is just part of everyday life for them. When he saw one of the women laughing, Wall knew that was the image he'd use.

WALL: Because it takes the whole picture somewhere else.

STAMBERG: It becomes a Jeff Wall picture - disturbing, cruel, fun, real. Five decades' worth of Wall are at Glenstone Museum in Potomac, Md.

Tags: jeff wall  Series: Art Where You're At 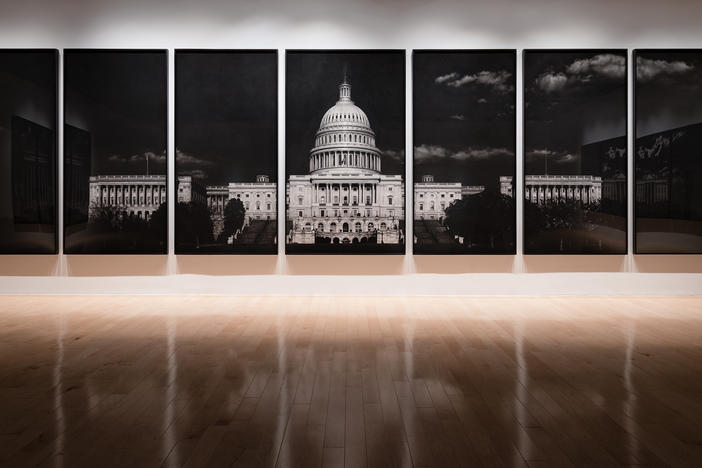 Look Closely: These Black-And-White Images Are Not What They Seem

Seven massive pieces by the artist Robert Longo are on view in the exhibition Storm of Hope: Law & Disorder at the Palm Springs Art Museum in California. They look like photographs — but are they? 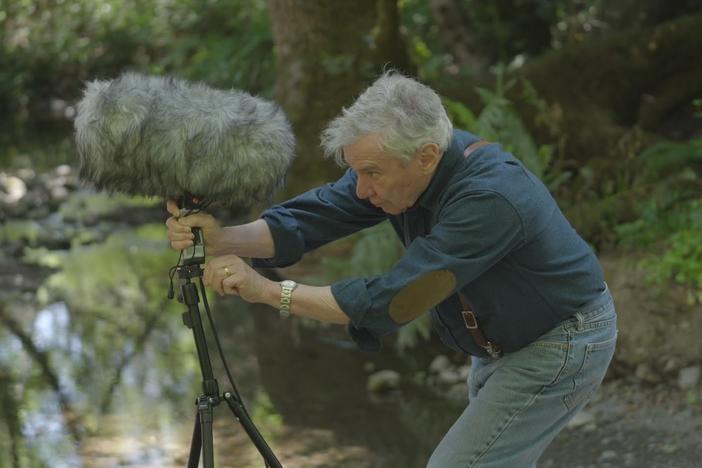 An evocative museum exhibition from a legendary electronic musician and naturalist encourages audiences to connect with nature through a "great animal orchestra." 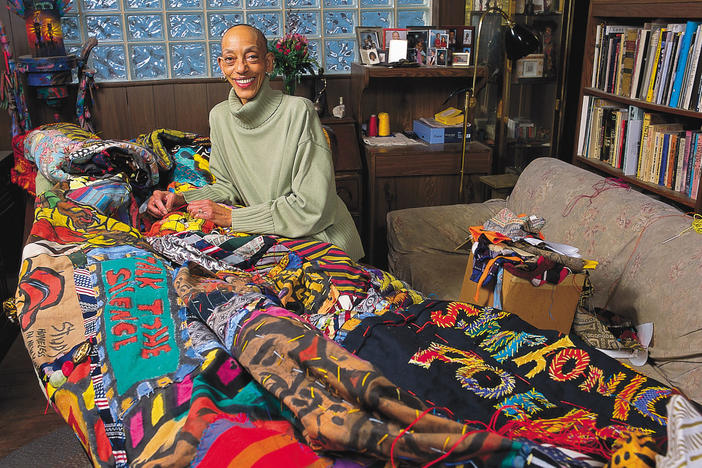 The first retrospective to display Robinson's work after her 2015 death, Raggin' On at the Columbus Museum of Art celebrates the grandeur of simple objects and everyday tasks.