Mashpee Wampanoag chief reflects on the meaning of Thanksgiving

On the 400th anniversary of the first Thanksgiving, the 92 year old chief of the Mashpee Wampanoag tribe, whose ancestors were present with the pilgrims, talks about what the holiday means to him now.

Tradition says that Thanksgiving as we know it grew out of a celebration 400 years ago. English settlers in Massachusetts suffered a brutal winter. About half of them died. The rest celebrated their first harvest in 1621, after accepting help from Native people who lived nearby. They included the Mashpee Wampanoag tribe. Today, a Wampanoag elder celebrates his 92nd Thanksgiving, and NPR's Neda Ulaby joins him.

NEDA ULABY, BYLINE: You cannot not eat when you visit Earl Mills Sr., aka Chief Flying Eagle, at his modest, blue frame home in Mashpee, Mass.

MILLS: Come in. Come in.

Well, I got chowder for you.

ULABY: ...Caught in Cape Cod Bay and breaded and sauteed by the chief himself in his tidy, white kitchen.

MILLS: Cut him with your fork in half so you don't lose the crumb.

ULABY: Earl Mills Sr. was born in Mashpee in 1929. His father worked as a guide to tourists, taking the likes of President Grover Cleveland on hunting and fishing expeditions. For decades, Mills ran a popular restaurant, serving traditional New England food.

MILLS: I love to cook.

ULABY: Growing up in the 1930s and '40s, Mills enjoyed Thanksgiving meals maybe not unlike what the Wampanoag shared with the Pilgrims.

MILLS: Raccoon, rabbit pie - we might even have a skunk.

SHELLEY POCKNETT: I haven't had skunk.

ULABY: But with loving attention, she says, paid to her family's ancestors.

POCKNETT: And you make them a plate. And you put it outside after you've done your tobacco.

ULABY: The tobacco, says Chief Flying Eagle, is a ritual performed at the fire pits many Wampanoags maintain in their backyards.

MILLS: You present the tobacco to the fire. The fire and the smoke bear the message to the spirit world, OK?

ULABY: That message, he says, can be just a greeting to those who came before.

MILLS: You probably say, just checking in - hope everything's going well. It's going well here. The family's good. You certainly helped us to get to this place, and here we are.

ULABY: Even at a moment of reckoning over America's history of violence towards Black, brown and Native people, Chief Flying Eagle is very pro-Thanksgiving.

MILLS: That's a celebration. We have an ongoing Thanksgiving because we give thanks for everything every day. We celebrate the whole universe - our thanks to it.

ULABY: Still, his tribe is one of only three that survived out of more than 60 Wampanoag tribes here when the Pilgrims first arrived. Yellow fever killed two-thirds of the Wampanoag Nation. Then came slavery and genocide. At 92 years old, Chief Flying Eagle is only four generations away from that very first Thanksgiving.

MILLS: I think about it all the time.

ULABY: But, he says, it does not make him sad.

ULABY: So Chief Flying Eagle, Earl Mills Sr., is making his favorite mince pie today, smoked herring, local cranberries and roast turkey with cream sauce with some of his five children, 12 grandchildren - and he does not even remember how many great grandkids - cooking and singing in his Cape Cod kitchen.

MILLS: (Singing) In the meantime, in-between time, ain't we had fun?

ULABY: Earl Mills Sr. says, if you can hear this, you're invited to his 93rd Thanksgiving next year. 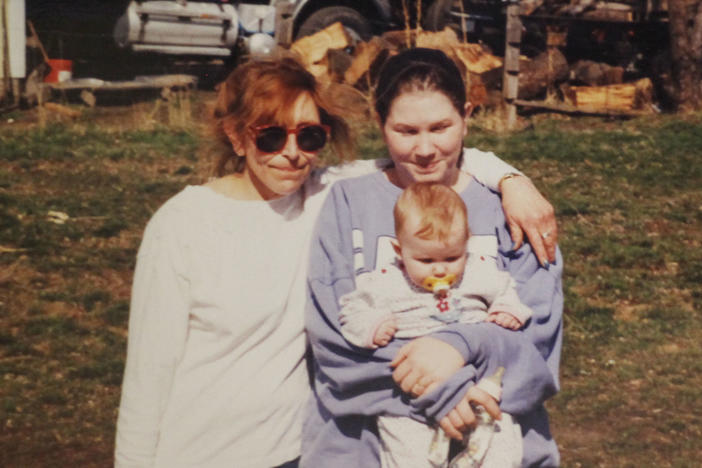 Her mother went missing 22 years ago. Now she finds comfort in the past and future

The disappearance of Carolyn DeFord's mother is among countless cases of missing Indigenous women. Without closure, DeFord continues to grieve. But a special memory and a new grandson give her hope.

A Georgia jury convicted three white men of murdering Ahmaud Arbery. The 25-year-old Black jogger was shot and killed as he ran through a residential neighborhood. 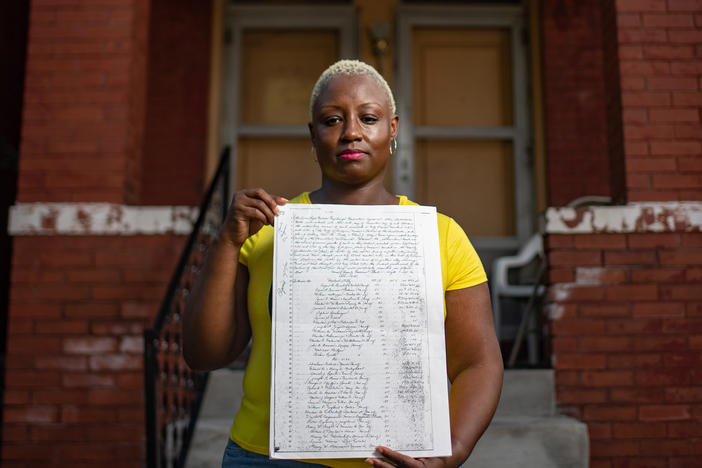 Racial covenants, a relic of the past, are still on the books across the country

Racial covenants made it illegal for Black people to live in white neighborhoods. Now they're illegal, but you might still have one on your home's deed. And they're hard to remove.