The first map of the 2021 redistricting Special Session is headed for the governor’s desk for a signature.  The Senate passed the House legislative map 32-21 with one Republican voting with Democrats against it.

“We've got some folks in north Coweta who are not excited about what their map looks like,” Sen. Matt Brass (R-Newnan) said on the Senate floor.

The house map splits Coweta County into five districts — combining the northern area with south Fulton. That district is currently represented by Republican state Rep. Philip Singleton. His supporters blast the move as revenge for his criticism of House Speaker David Ralston over the years.  Sen. Matt Brass (R-Newnan) had a message for residents of that area.

Democrats charged Republicans with speeding through the process and drawing maps that don’t reflect the growth of the state’s minority population in the last 10 years.

"The Republicans have a waning political power here in Georgia,” Sen. Elena Parent (D-Atlanta) told reporters after the vote. "I certainly expected that they would draw gerrymandered maps and try to rush them through as soon as possible."

Democrats are also fighting two bills they say saps their strength in Gwinnett County. The bills’ sponsor says the county’s population calls for redistricting the school board and doubling the size of the county commission.

The Republican-controlled House is expected to approve the Senate legislative map next week. Also, the debates over redistricting congressional maps begin.

Roughly midway through the 2022 session, many of Gov. Brian Kemp’s legislative priorities are now closer to becoming law including a one-time tax credit for families. A restriction on mail order abortion pills has also cleared the senate. 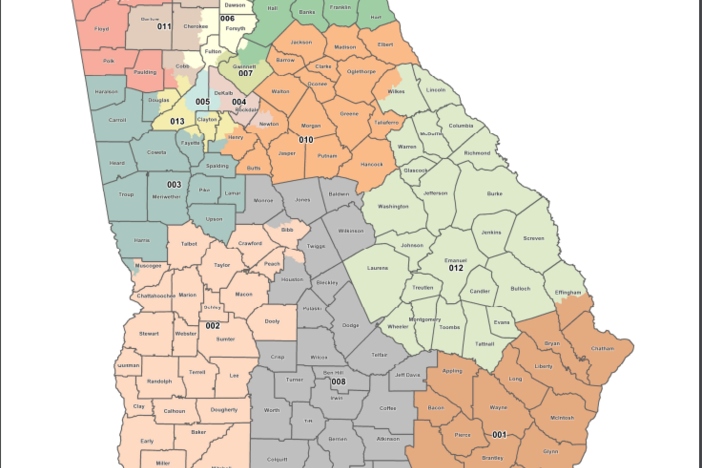