Atlanta is the only U.S. city on this global best in travel list

Atlanta is the only U.S. city to be featured in Lonely Planet's "Best in Travel 2022." All Things Considered host Rickey Bevington talks to Alisa Johnson, an editor of Lonely Planet.

A visitor takes a photo at the High Museum of Art in Atlanta. It's among the reasons the city is the only one in the U.S. to make a global "best in travel" list for 2022.

Atlanta is the only U.S. city to be featured in Lonely Planet's "Best in Travel 2022." Atlanta ranks fourth behind Auckland, New Zealand; Taipei, Taiwan and Freiburg, Germany.

The list is curated from thousands of submissions that reflect changes in why people travel, where they want to go and who's traveling at all. Alisa Johnson, an editor of Lonely Planet, spoke to All Things Considered host Rickey Bevington.

Rickey Bevington: What made Atlanta stand out?

Alicia Johnson: Atlanta and the state as a whole jumped out during the 2020 election just in terms of the advocacy and it became the hotbed of of democracy. And so you were on everybody's minds. Atlanta has always been a place that people could go and have a great time. You have a fantastic music scene. You have a growing movie and TV show scene. You're also doing a lot of great things in sustainability. 48% of the urban areas in Atlanta are covered with trees. So we think that's a fantastic reason to encourage people to go and visit Atlanta.

Alicia Johnson: It's significant because as we're moving forward, we're noticing that travelers want to travel with more intent. They don't just want to go to someplace because it's cool. They want to have a positive impact when they go. And so when a city, especially like Atlanta, puts being sustainable at the forefront of what they're doing, people recognize that and they want to take part in that and they want to support it. So by having a focus on sustainability, a focus on trees, people like to travel to places that they feel are, you know, doing good stuff in the world. And so Atlanta is one of those cities.

Rickey Bevington: And I would imagine younger travelers are a big part of that.

Alicia Johnson: Definitely, younger travelers are not traveling the way that maybe your grandfather, your grandmother did. They have specific intentions in mind. They are very specific about the places that they will and won't go. And at the forefront of that is sustainability. At the forefront of that is how you're taking care of the local population. They are traveling and they have money to do it and they are supporting those places. They're asking those questions. They want to actively know where they can and shouldn't spend their money. They are going to be the driving force at how we look at travel moving forward, which is it has to be intentional; it has to have sustainability at the forefront; it has to promote diversity. Those are the things that younger travelers are looking for.

Rickey Bevington: What do people learn when they see their own community through the eyes of tourists?

Alicia Johnson:I think tourists open our eyes to what our city actually is. I think when you live in a city for years at a time, you tend to only focus on the negatives. You only tend to focus on the traffic and how long it takes to get home. And we sometimes see the tourist as a bother, especially me living in Nashville. But when we look at our city through the eyes of the tourists, we can see the excitement about our city. We can see the joy and all that it has to offer. To see it from, you know, all the fun things, all the cool spots, all of the restaurants. And that's what I think these lists do for people that live in those cities is to — to take a look at it from the tourist angle and really fall in love with your city again.

Rickey Bevington: I love that idea of falling in love with your own city and being a tourist for the day. And of course, a lot of people are thinking about travel after a painful pandemic for the whole world. But in 2022, I mean, can you even predict what travel is going to look like?

Alicia Johnson: The short answer is no one knows. We're seeing more and more countries opening their doors to vaccinated travelers. So that's a step in the right direction. 2022 will just be more about what each traveler feels. It'll be individual choices that each person and their family makes to determine how much of a risk they're willing to take. And there's absolutely no judgment from us. These lists can tend to feel like we're forcing or promoting stuff. We're just encouraging the thought of it — of inspirational travel. 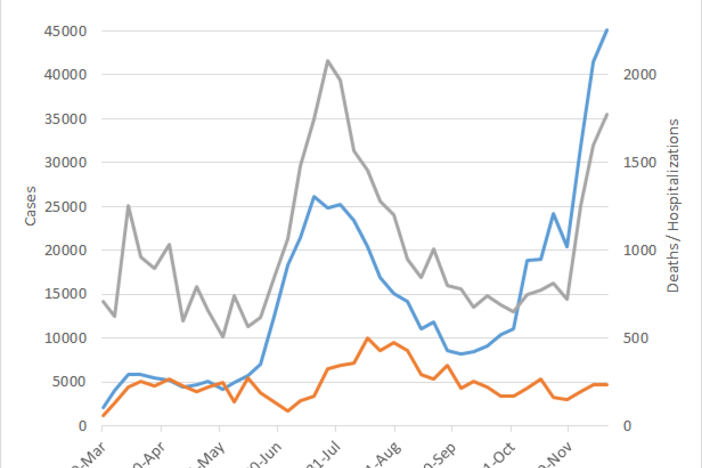 Overall Hospitalizations Up 145% In Georgia Since Thanksgiving

Unless you have to go somewhere over holidays, stay home. That’s what doctors are saying with hospitals across the country filling up and COVID-19 vaccines not widely available. 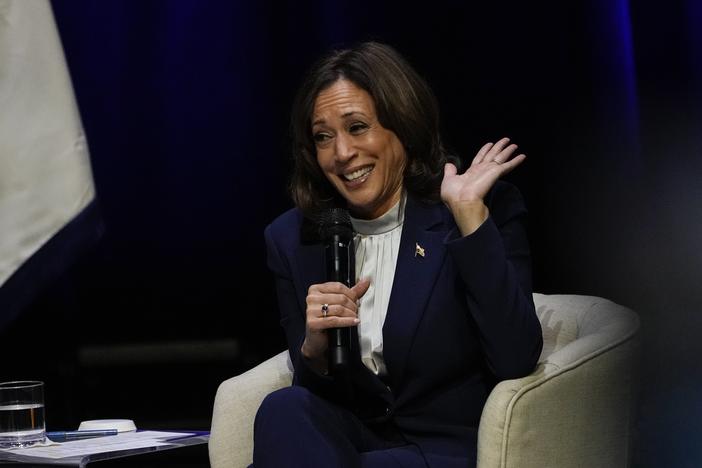 Vice President Kamala Harris was in Atlanta this afternoon to push the administration's message on climate change.

Four Black volunteers have been cleared of wrongdoing for handing out water to Albany voters waiting in line in the 20-20 election. 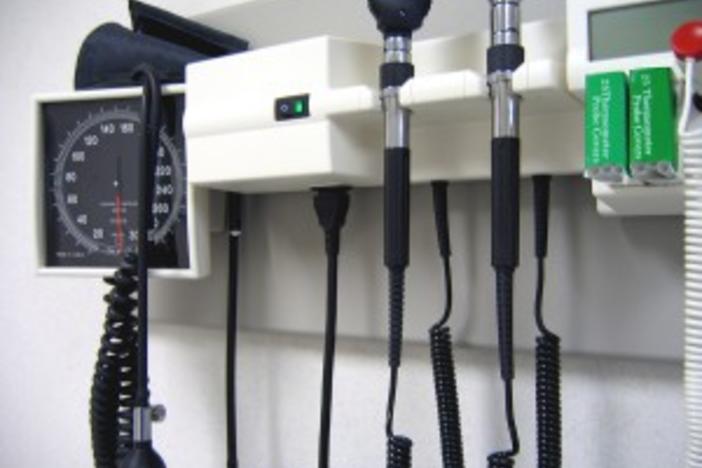 A Georgia man who died during the 1941 attack on Pearl Harbor will be buried at Arlington National Cemetery Thursday with full military honors.