Borrowers say they were wrongly denied loan forgiveness. Now, help is on the way 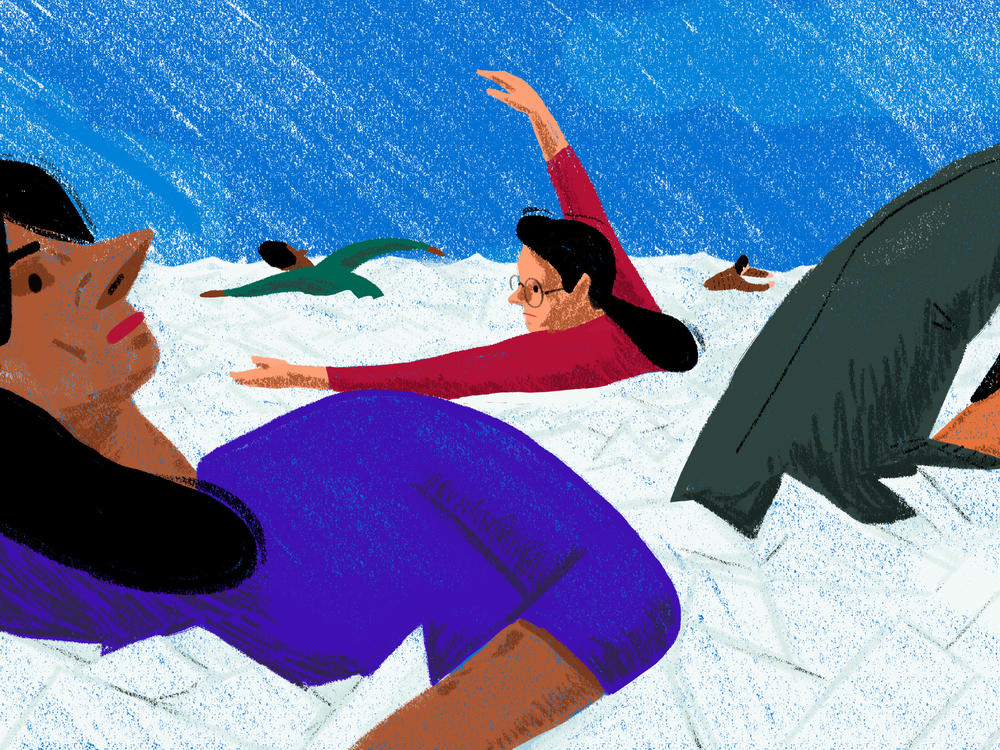 The U.S. Department of Education says it will reach out to federal student loan borrowers who may have been prematurely denied loan forgiveness under the revamped Public Service Loan Forgiveness (PSLF) program and will reprocess their applications.

The move comes after an NPR review of borrower documents, as well as information provided by people familiar with the rollout, revealed that FedLoan Servicing, which manages PSLF, continued to operate under the loan forgiveness program's old rules for weeks after the overhaul's Oct. 6 rollout. As a result, for at least three weeks, the servicer rejected the applications of some borrowers who appear to qualify for forgiveness under the new terms.

In a statement to NPR, Richard Cordray, head of the department's office of Federal Student Aid (FSA), said, "[We] expect our servicers to provide clear, accurate information to borrowers, and we are taking steps to ensure they do so. We have requested information from [FedLoan's parent company, PHEAA] about any borrower who submitted an application after October 6th and received a response inconsistent with the new program terms. FSA will ensure these borrowers gain the benefits of the new terms to secure the loan forgiveness they have earned."

Congress created PSLF in 2007 to encourage public service. The deal was: Work in a public service job — think teacher, nurse or firefighter — while making payments toward your federal student loans, and after 10 years, the government will forgive whatever debt is left.

Melissa Crowe cheered the Oct. 6 announcement that the department was temporarily easing the PSLF rules. Borrowers still need to work a decade in public service, but under the new rules, Crowe, who had the wrong kind of loans, as well as borrowers in the wrong repayment plan, can qualify.

At first, "it was such good news," says Crowe, an assistant professor at the University of North Carolina, Wilmington. By her own math, the overhaul allows her to leapfrog from just a handful of qualified PSLF payments to forgiveness of her more than $50,000 in federal student loans.

So Crowe quickly sent FedLoan the required paperwork to certify her years of public service. But the company's response, dated Oct. 19, told Crowe her earlier that loans still don't qualify.

That's when Crowe says despair set in because "the sinking feeling I'd had all along, about this being a sort of bait and switch, was confirmed. And so [my husband and I] were really crushed."

She wasn't alone. In recent weeks, many borrowers have taken to social media to share news of their latest rejections.

Why eligible borrowers were being rejected for loan forgiveness

On Tuesday, weeks after the Education Department unveiled its new PSLF rules, FedLoan Servicing confirmed to NPR that it was using the program's old rules to evaluate applications.

"We continue to perform all relevant PSLF activity under existing [Education Department] rules and guidance until directed to do so otherwise," wrote Keith New, a spokesperson for The Pennsylvania Higher Education Assistance Agency, which operates as FedLoan nationally, in an email.

But just a few days before, on Friday, Oct. 29, the Education Department had sent an email to FedLoan instructing the servicer to stop rejecting applications from borrowers whose loans likely qualify for forgiveness under the new rules.

In the email, which the Education Department shared with NPR, the department expressed concern "that denying applications that may otherwise be approved under the limited waiver may create customer confusion," telling FedLoan to stop denying potentially eligible borrowers "as expeditiously as possible."

On Wednesday, New confirmed to NPR that FedLoan received that email and complied with the request "earlier this week." He added that FedLoan also told the department that the servicer still needs additional guidance on how to communicate with borrowers about the PSLF overhaul and how to process requests. The servicer argues it cannot move forward without the Education Department formally amending its contract, which expires on Dec. 14.

But through spokesman Keith New, FedLoan insists it's acting properly — that it cannot fully implement the overhaul until the department formally shares detailed plans with its servicers, amends its contract with FedLoan and begins sharing the results of FSA's own borrower eligibility analyses.

Many borrowers have already been told they're closer to loan forgiveness

The Education Department says these early mistakes should not overshadow the good news of the PSLF overhaul. The department has already sent notices to many borrowers, telling them how much closer they are to loan forgiveness under the new rules.

"Federal Student Aid is committed to fulfilling the promise of Public Service Loan Forgiveness," FSA's Cordray wrote in a statement to NPR. "To implement the new program overhaul, we are working to provide automated relief to borrowers. We have already notified over 500,000 borrowers who will receive additional credit toward forgiveness, with more coming soon."

The department also says that, contrary to FedLoan's version of events, it has been proactive with its servicers, sending three notices outlining the planned PSLF changes, beginning with an email on Oct. 1 and another on Oct. 6, though the most detailed guidelines were not sent until Friday, Oct. 29, three weeks after the announcement.

In that Oct. 29 notice, the department seems displeased with the way some servicers had been communicating with borrowers, warning, "It would be an inaccurate or misleading statement to tell borrowers that you have no information about the waiver and cannot help the borrower."

But, for several days after that notice, FedLoan's website did exactly that, saying: "At this time, we do not have additional details on the eligibility requirements needed to perform reviews."

That message was taken down Wednesday and replaced with softer language: "The implementation of this initiative will take some time, so account level detail may not be available for several months."

PSLF overhaul will work largely through the Education Department, not loan servicers

It's unclear how many potentially eligible borrowers were denied in the three weeks between the overhaul announcement and the department's demand that FedLoan stop rejecting borrowers.

The confusion surrounding the overhaul's early days stems in part from the fact that the fix's mechanics buck tradition. For example, FedLoan is not responsible for reviewing payment data to determine borrowers' eligibility — because that data, documenting when borrowers were "In Repayment," is maintained by FSA itself. So eligibility analyses as well as early communication with borrowers are being done directly by FSA, not servicers.

The problem is borrowers are used to dealing with the companies that manage their loans, not with the department itself, and so, when the overhaul was unveiled, many began asking questions and submitting documents that FedLoan didn't believe it was prepared to handle.

Further complicating matters, PHEAA/FedLoan announced in July that it would not be renewing its loan servicing contract with the U.S. government. That contract technically expires in about six weeks, on Dec. 14, though PHEAA spokesperson Keith New made clear in an email to NPR that "we will keep servicing loans under FSA's direction for as long as needed," adding, "there will be no hard exit on Dec. 14."

Borrowers can still benefit from the overhaul, but it may take awhile

The irony — that the young effort to fix PSLF has been just as confusing for some borrowers as the program itself — is not lost on Melissa Crowe.

"The cure here is feeling a lot like the disease," says Crowe, who failed to qualify for forgiveness under the program's old rules because, many years ago, when she asked her loan servicer if her loans qualified for PSLF, she was told they did. But they did not — at least not until the overhaul announcement.

Now, Crowe says she has a message for the department and its loan management companies.

"I feel like maybe they don't understand who they're dealing with," she says. "There are a lot of people in this country conditioned to believe that no one's looking out for them, that no one has their best interests at heart."

And Crowe worries these latest mistakes will lead some borrowers to simply give up on the promise of the department's PSLF overhaul.

To these borrowers, Crowe says, put away your despair. And just keep pushing.

Indeed, the office of Federal Student Aid estimates that eligible borrowers could begin to see their loans discharged in a matter of weeks. None of this early miscommunication deals a serious blow to the overhaul itself — only to the patience and trust of wary borrowers. 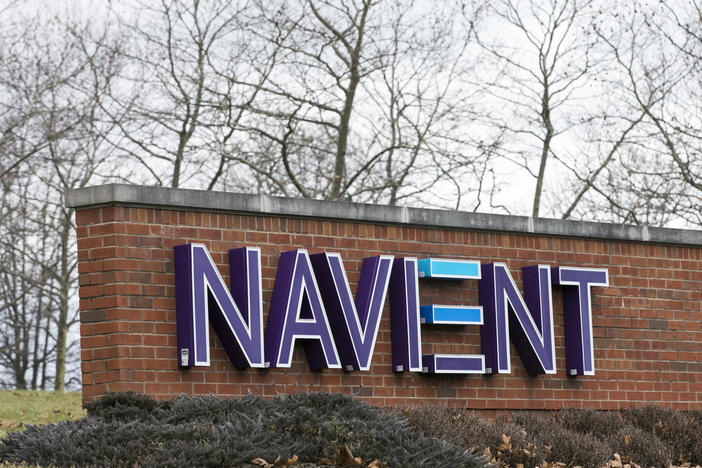 The loan servicing giant has agreed to cancel student loan debts owed by roughly 66,000 borrowers as part of a settlement reached with 39 state attorneys general. 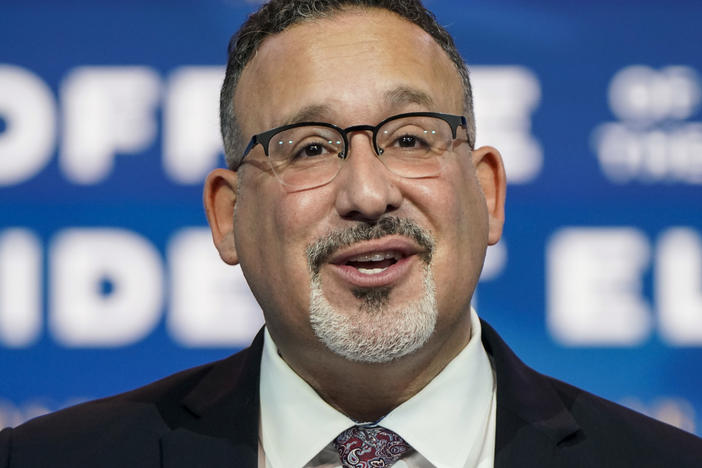 On Wednesday, the U.S. Education Department said it would temporarily relax some of the program's rules. The changes could lead to loan cancellation for tens of thousands of borrowers. 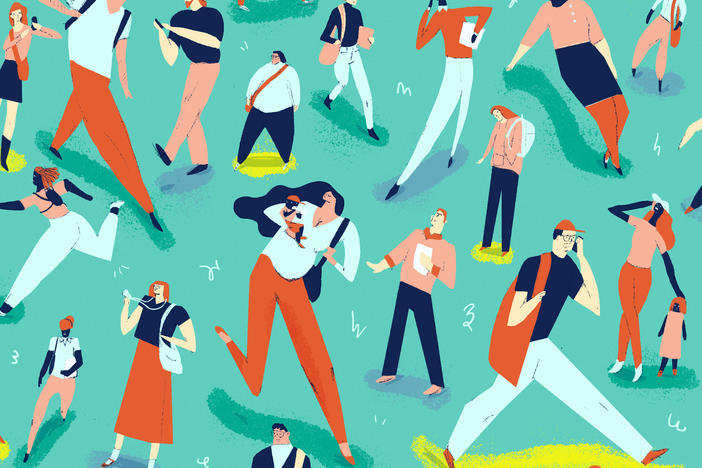 The president said he doesn't want to forgive the loans of people who went to "Harvard and Yale and Penn." The real picture of student debt in the U.S. is much more complicated.