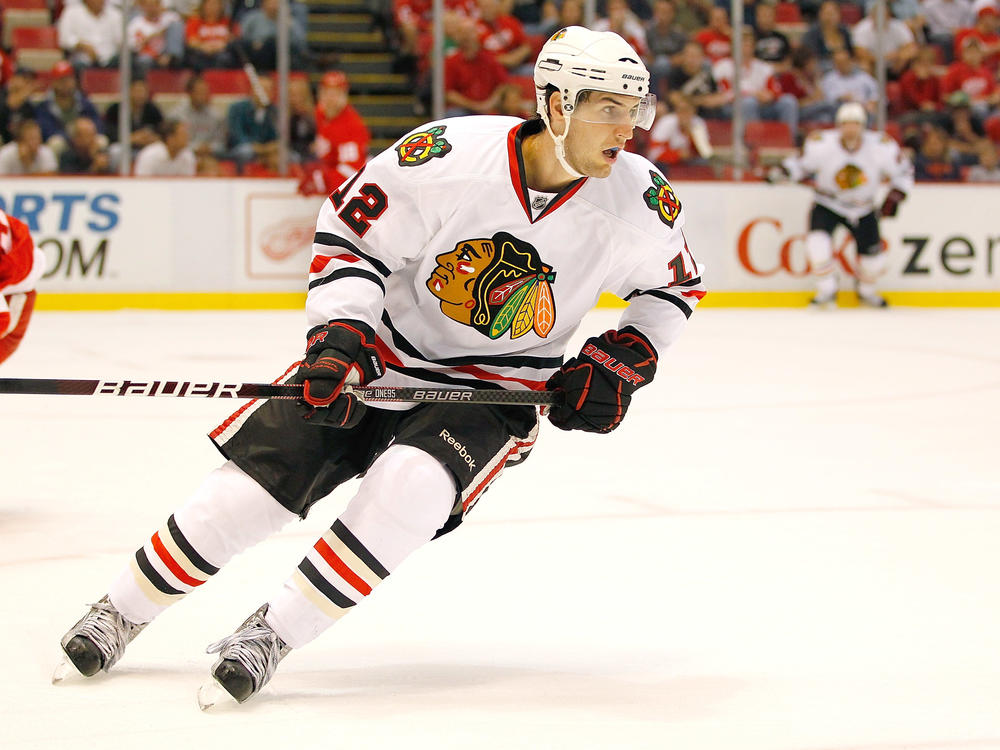 Kyle Beach #12 of the Chicago Blackhawks skates against the Detroit Red Wings during a preseason game in September 2010 at the Joe Louis Arena in Detroit.

A former Chicago Blackhawks player came forward publicly as the man who filed a lawsuit against the hockey team over how the organization mishandled his sexual assault allegations.

In a televised interview Wednesday night, Kyle Beach revealed himself as the previously anonymous John Doe who filed a lawsuit in May against the team. According to his allegations, Beach had complained to team leaders back in 2010 that video coach Brad Aldrich sexually assaulted him.

Upper management of the Blackhawks ignored his complaints until after the team won the Stanley Cup that season.

On Tuesday, an independent investigation confirmed Beach's claims. After the 107-page report was published, the team ousted two top officials who were there at the time of Beach's assault: Blackhawks General Manager Stan Bowman and senior director of hockey operations Al MacIsaac.

Beach, who is now a professional hockey player in Germany, said during the interview with TSN that he felt vindicated by the report.

"It was no longer my word against everybody else's," he said.

In late June 2021, the law firm Jenner & Block was hired by the Blackhawks to conduct an independent investigation into Beach's claims from his lawsuit. The report broke down the circumstances and reaction to John Doe's assault.

In 2010, Beach, who was 20 years old, joined the Blackhawks as a "Black Ace," a player added to a team's roster during a playoff run after the player's minor-league season is over. They can fill in for a regular team member if needed. The Blackhawks were in the midst of what would become a Stanley Cup run.

Aldrich, who was 27 at the time, was the team's video coach. He invited Beach to his apartment during the second week of May, providing dinner and drinks. Beach said Aldrich threatened his place on the team and sexually assaulted him that night.

"To be honest, I was scared mostly. I was fearful. I had my career threatened. I felt alone and dark," he said of the days after his attack.

Beach went on to report the assault to other members of the team.

The front office met and decided to "avoid bad publicity" as the team approached the playoffs. The team's leaders didn't make the allegations public or remove Aldrich from the team until well after the team won the Stanley Cup.

Aldrich continued to assault others, the report finds

After the Blackhawks won the Stanley Cup, the team allowed Aldrich to remain on the team and celebrate the win.

According to the investigators' report, Aldrich also made a sexual advance on a Blackhawks intern who was 22 years old during the team's events. 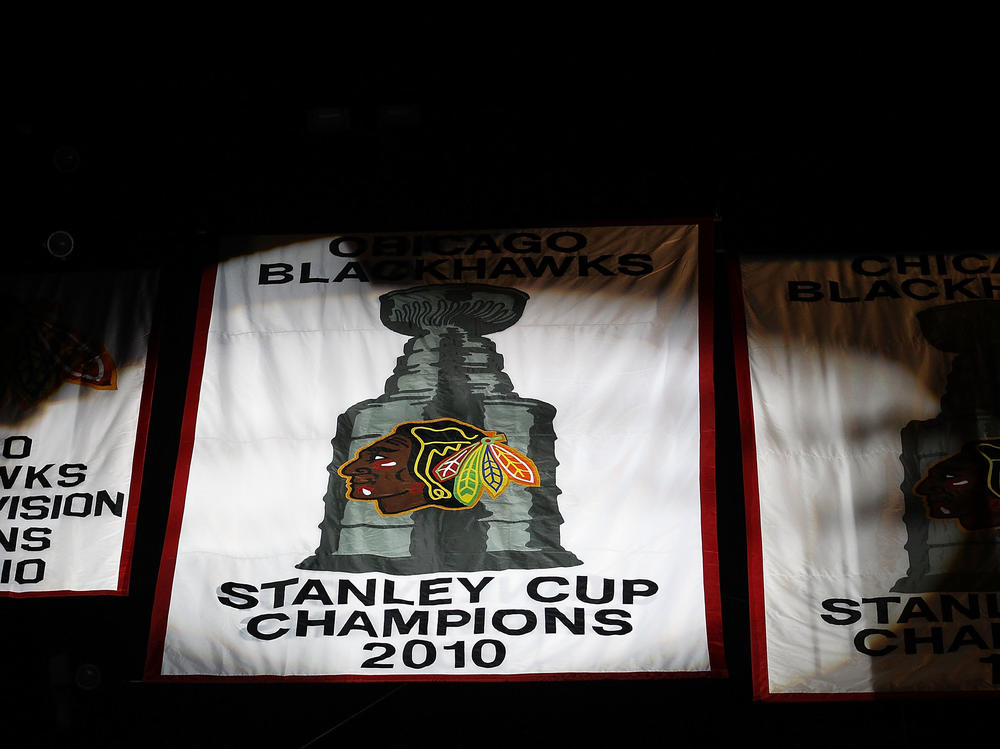 The 2010 Stanley Cup Championship banner is featured during a ceremony before the Chicago Blackhawks home opener in October 2010.

Only later in June did the Blackhawks' director of human resources meet with Aldrich and offer him the chance to undergo an investigation into what happened with Beach or to resign.

Aldrich resigned but received a severance and a playoff bonus and continued to be paid a salary for several months. He was allowed to bring the Stanley Cup for a day in his hometown, his name was engraved on the trophy, he received a championship ring, and he attended a Stanley Cup banner-raising ceremony.

He went on to work with USA Hockey, the University of Notre Dame, Miami University in Ohio, and Houghton High School in Houghton, Mich. While in Houghton, Aldrich was arrested and pleaded guilty in 2013 to fourth-degree criminal sexual conduct involving a minor.

Beach said Aldrich's arrest for the incident in Michigan gave him the power to come forward.

Former top team officials also moved on to other teams. Quenneville is the coach of the Florida Panthers, and Cheveldayoff is the Winnipeg Jets general manager. Both men are scheduled to meet with NHL Commissioner Gary Bettman about the findings of the investigation.

After Beach's interview, the Blackhawks issued a statement apologizing for their failure to quickly respond to his assault.

The team said: "It was inexcusable for the then-executives of the Blackhawks organization to delay taking action regarding the reported sexual misconduct. No playoff game or championship is more important than protecting our players and staff from predatory behavior."

On Twitter, self-described fans and other users heavily criticized the team for its actions with Beach and for their statement.

According to journalist Rick Westhead who interviewed Beach on Wednesday, the the Blackhawks' lawyers requested a court dismiss the lawsuits of Beach and an unnamed alleged victim of Aldrich. This was reportedly done to discuss a settlement for both men.

Beach said he'd like to turn his story into an opportunity to help other potential victims.

"I know I'm not the only one, male or female. And I buried this for 10 years, 11 years. And it's destroyed me from the inside out," he said. "And I want everybody to know in the sports world and in the world that you're not alone. That if these things happen to you, you need to speak up." 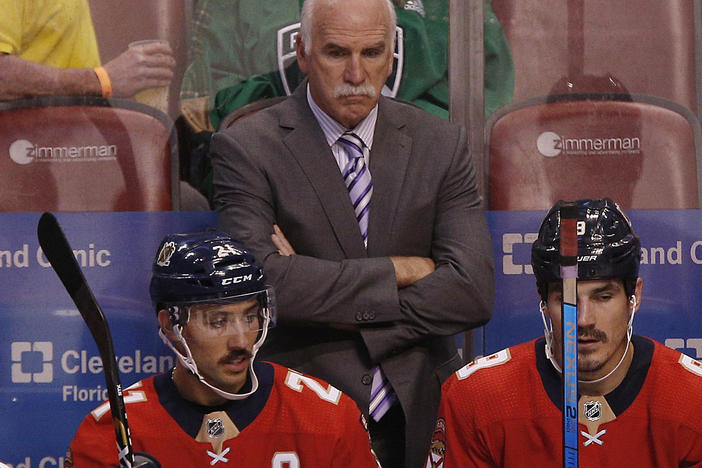 Joel Quenneville has quit as coach of the Florida hockey team following a report about the handling of sexual assault accusations from a player for the Blackhawks during Quenneville's tenure there. 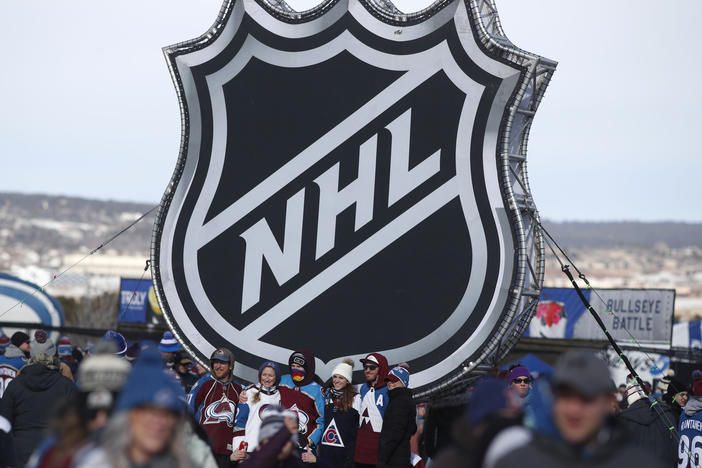 The league will begin its holiday break starting at the end of Tuesday night's games, postponing the five remaining games scheduled for Thursday. 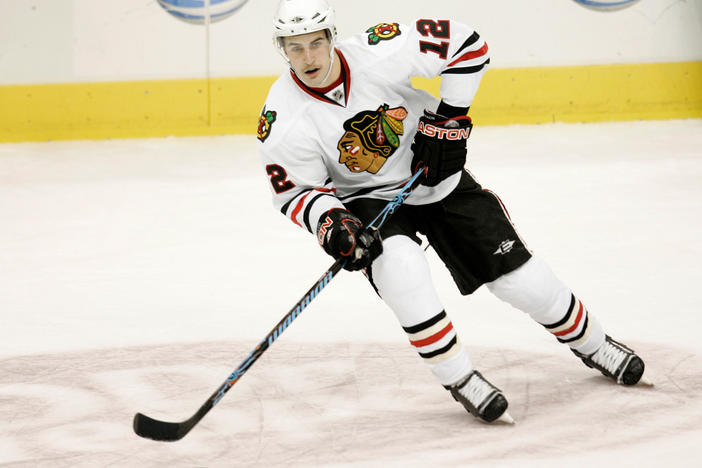 Kyle Beach said the organization mishandled his sexual assault allegations. He came forward publicly in October as the man behind the lawsuit.